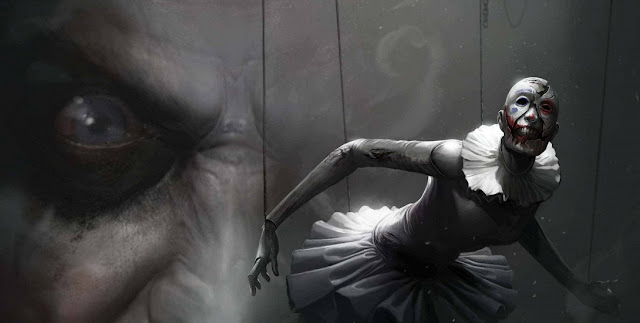 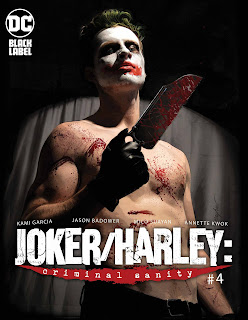 Holy Mackerel.
The wait for Joker/Harley: Criminal Sanity #4 has been an anxious one for me, but when Kami Garcia told me it was the best one of the bunch, I must admit that left me drooling. The anticipation was well worth it though, as when the cover alone popped before my eyes… let’s just be honest, whether you have the cover by Francesco Mattina or the variant cover by Mike Mayhew, they’re both absolutely jaw-dropping. When we left Harley in the last issue, it was all too clear that there were eyes on her movements, and the bodies were continuing to pile up.

The Devil’s In The Detail

We’re right back in the world of Gotham’s dregs, as Harley’s still struggling to put together the clues to catch the two killers she’s looking for: John Kelly, the Joker, who she blames for the death of her roommate years ago, and an unidentified psychopath who’s shaking up Gotham, with highly detail-oriented and calculated murders. With the bread crumbs piling up and the unknown killer growing far bolder than ever, Harley’s about to get the face to face she wishes for, and maybe some answers straight from the red-lined lips of Joker himself. 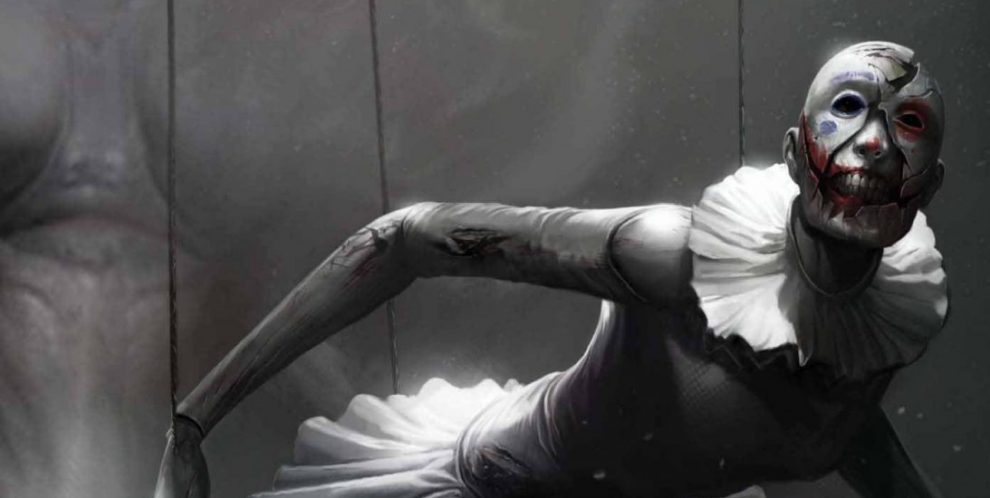 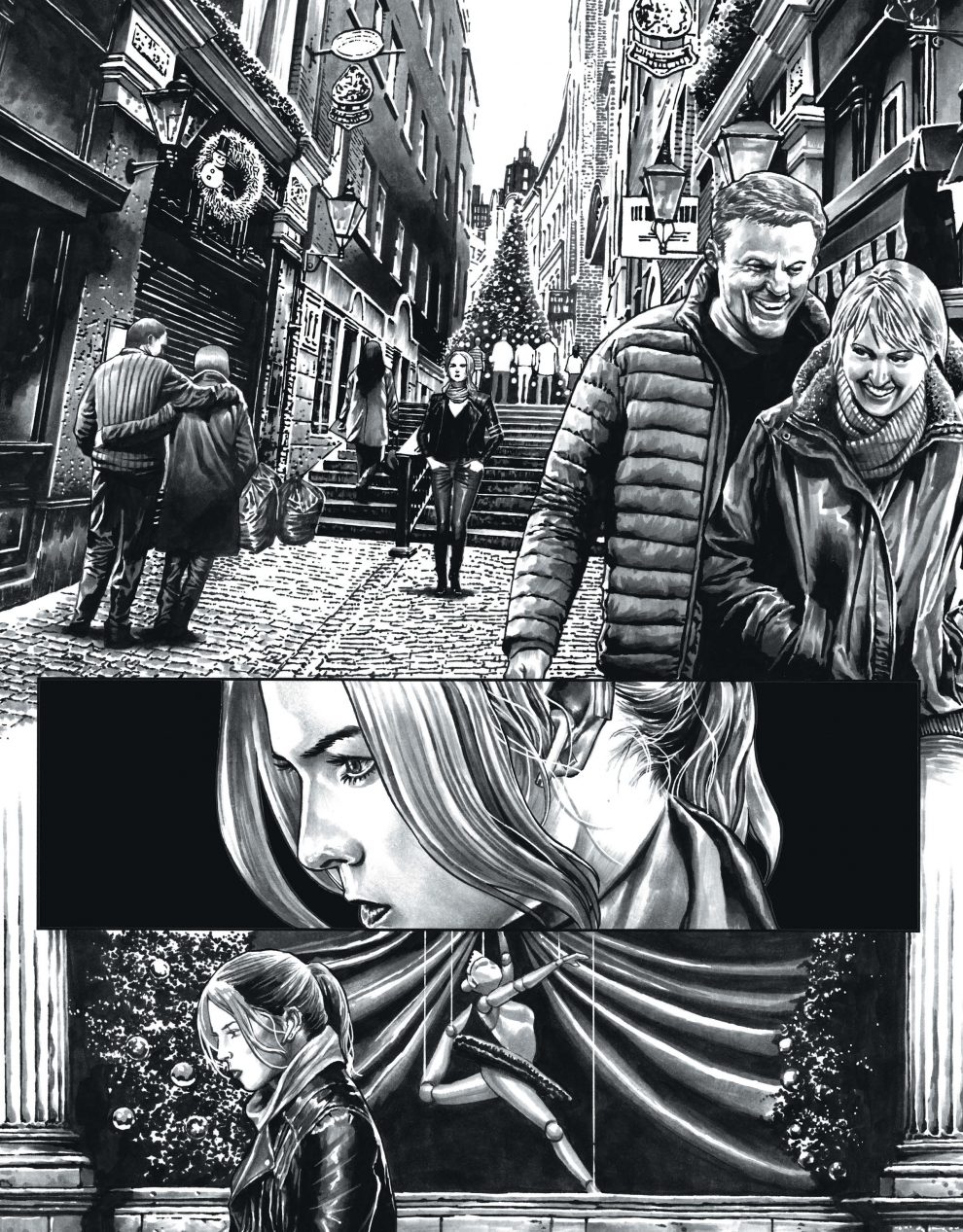 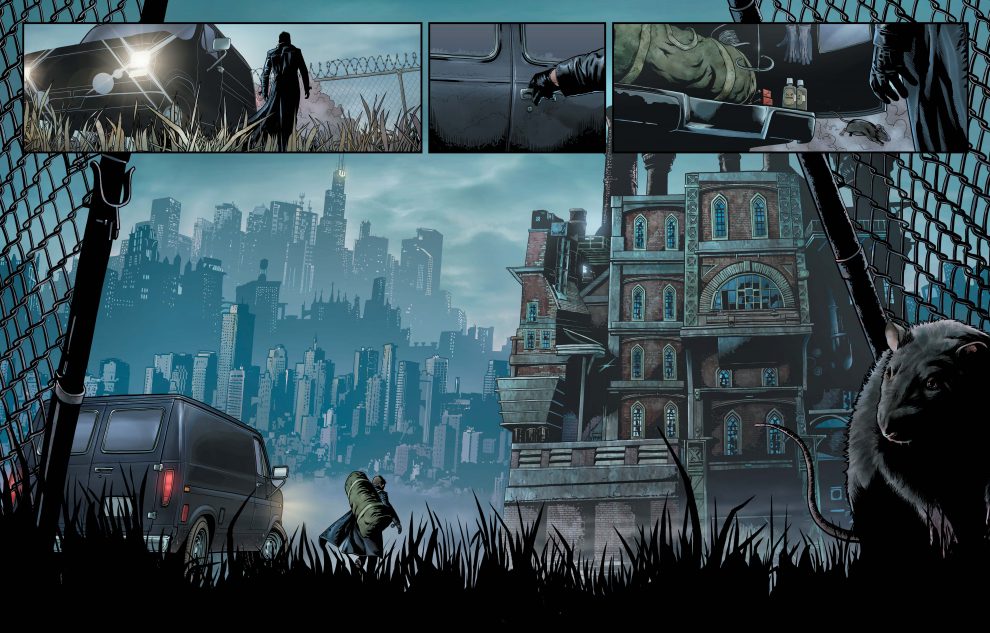 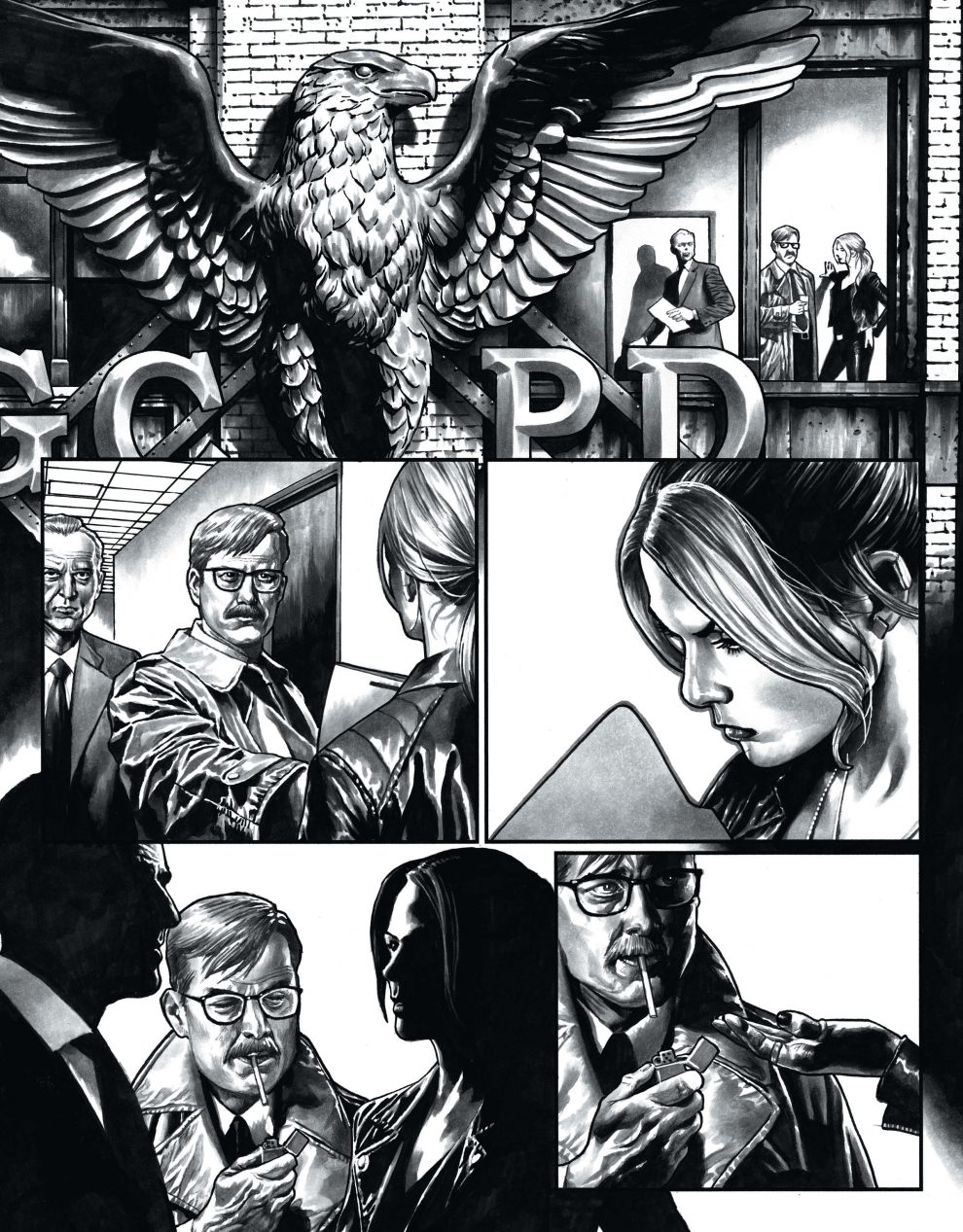 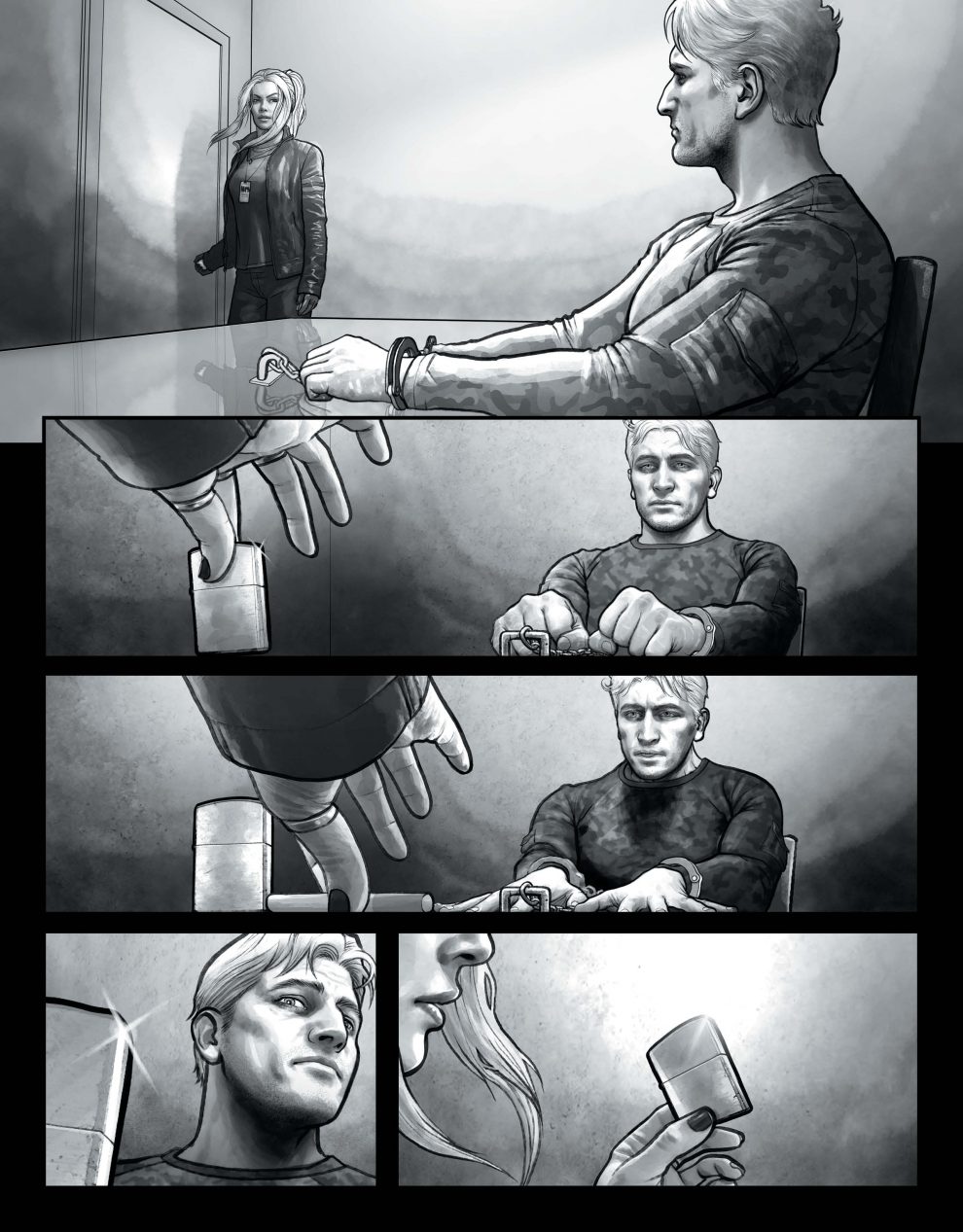 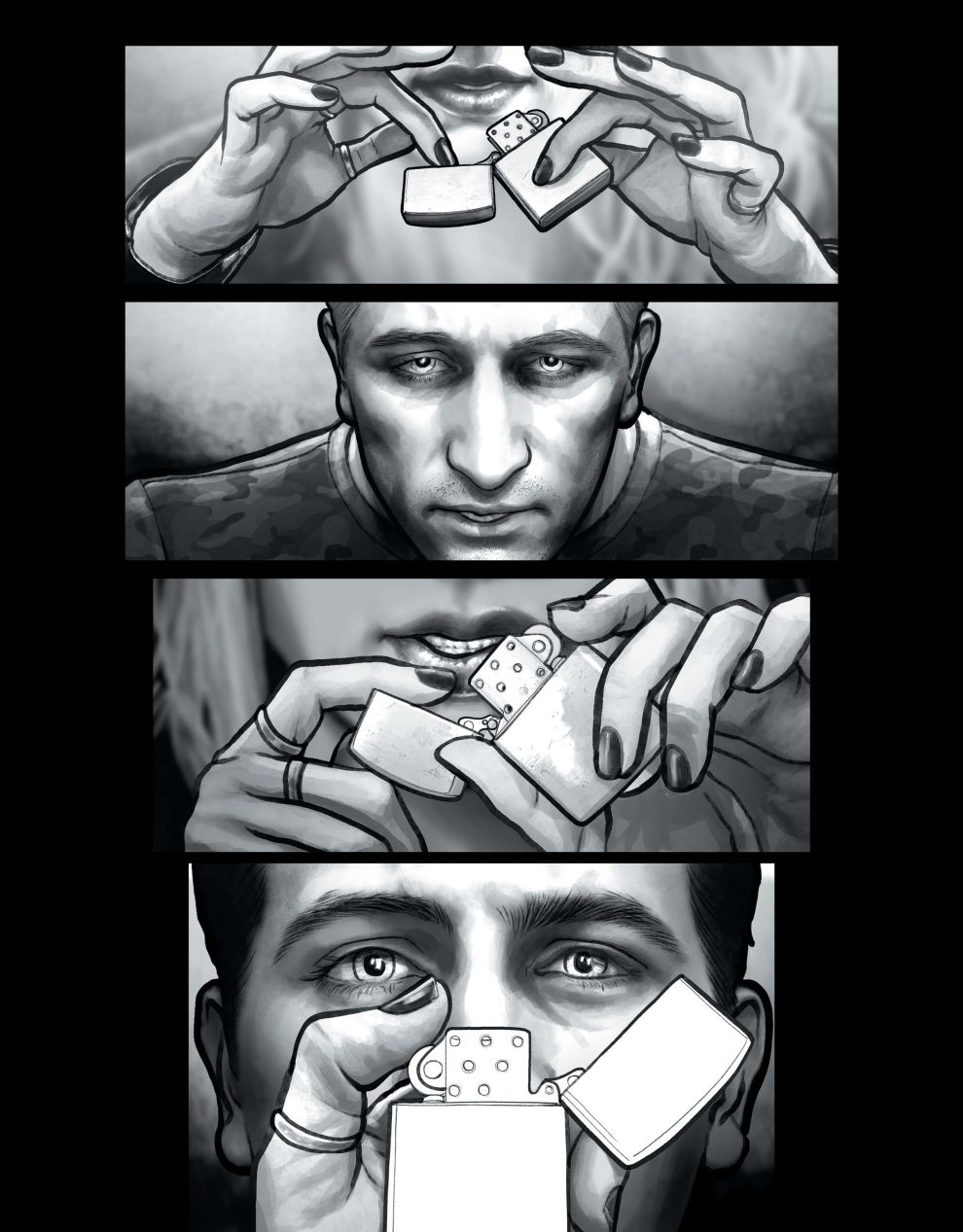 Joker/Harley: Criminal Sanity #4 continues with the trope of keeping us enthralled and on the edge of our seats to the very last page. It’s like screaming at the television at the end of a cliff hanger with every issue. You just want MORE. The way Kami Garcia has led us along the path, like the Pied Piper calling out with his siren song, we’re definitely under her spell. The webs she weaves are magical, while Mico Suayan and Jason Badower both bring the vision to life in different ways, but wholly in sync with one another. Annette Kwok astounds with her color art and the team of Richard Starkings and Tyler Smith wow with their letters.
My absolute favorite things about this issue are all the details that are almost snuck in, although they really should be smacking us in the face. The hints of Wayne-tech, and Bruce being on vacation, telling us why Batman isn’t around, and seeing the store display at the beginning. They’re just hints, but they’re so massively enjoyable. There’s a scene where Harley’s interviewing Firefly about his connections where you absolutely hear her voice, as she masterfully plays his pyromaniac side.
Bravo.

This series has just floored me. From concept to execution it’s been riveting and I’m in awe. I highly recommend Joker/Harley: Criminal Sanity to all fans of comics and crime shows alike.
It’s unique and wonderful to behold.