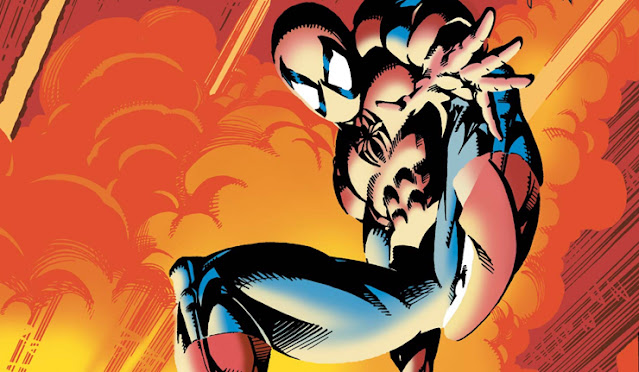 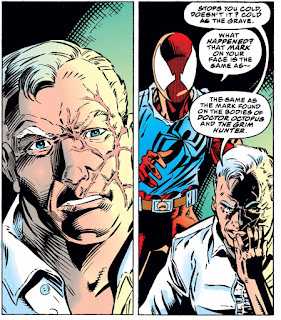 Another Clone Saga story line features Judas Traveller as the main villain. And once again, I am groaning while reading about him. He is easily the most grating character in the Clone Saga. He is so aloof and sanctimonious that it is obnoxious.

The issue starts off with Peter still dressed as Scarlet Spider confronting Lt. Raven. Raven has thought about and believes that Peter Parker is innocent of the murder charge. If nothing else, the distinctive mark of Kaine on Raven's face is proof that Parker is not the murderer.

Meanwhile, Traveller and the Scrier are conversing on the rooftop. Most of the conversation is so opaque and cryptic it's hard to tell what they're talking about. There is no bearing on what the context of their conversations are because writer JM DeMatteis gives clues in tiny drips.

On the bright side, artist Mark Bagley draws Traveller's cape super cool-looking. With a billion folds, the cloak looks like Spawn's cape.

When Peter returns home, with Mary Jane distraught. Poor MJ. She's worried about her baby possibly become deformed due to Peter's irradiated blood, but Peter is never around to help her.  MJ is understandably taking her frustration out on Peter.

Honestly, it's another interesting plot line that has a ton of real-world drama. It's a relatable concern of any parents: Am I able to love my child if they're different? It's a shame that it gets less focus in favor of wild sci-fi plots. 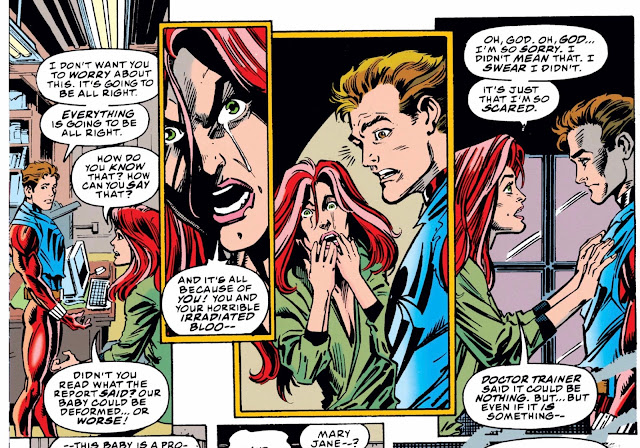 Unfortunately, Traveller interrupts the couple. After a battle scene that involves a fake ultimatum where  Aunt May's soul in the balance, Traveller reveals that he needs Spider-Man's help to avert a city-wide apocalypse.  If time is an essence, maybe don't waste time on stupid BS mind games, Traveller? 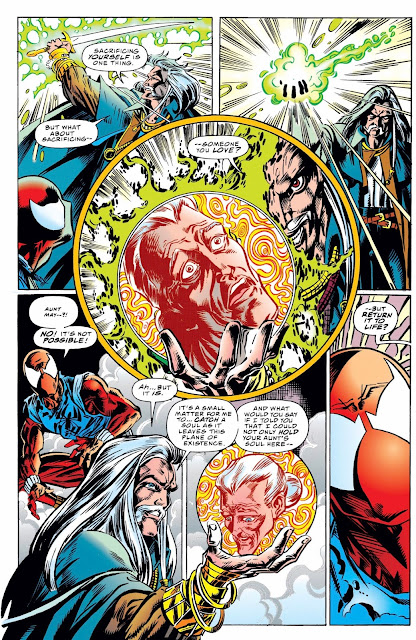 It turns out Traveller and his Host is responsible for destruction, even though he blames it all on Spider-Man. When Spider-Man asks  why doesn't he stop the Host, Traveller simply says they won't listen to him. Which is weird since he's their leader.

The whole conversation is really stupid and defies logic. In the meantime, the Hosts  are  sabotaging a nuclear heating plant and Peter predictably stops them. What is UN-predictable  is how that somehow leads to causing a transpatial  rip in time and space. 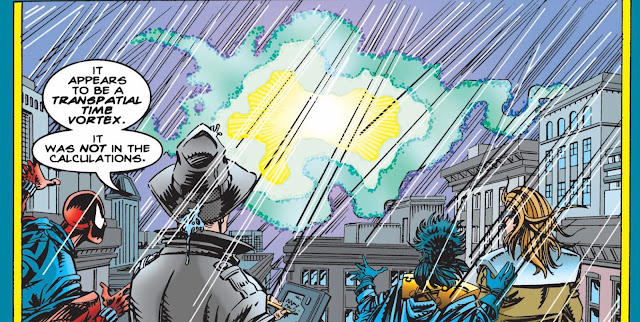 So to recap, a nuclear substation sabotage leads to a time vortex in the middle of the sky. If you don't follow that logic, then you know more about nuclear fission than writer Howard Mackie!

Traveller starts sucking all the time energy (?) into his body and we see possible flashbacks to Traveller's past. Apparently, he has been present at multiple historical events that date back centuries. Traveller is getting sucked into the warp zone until Spider-Man saves him. And then the vortex simply disappears. 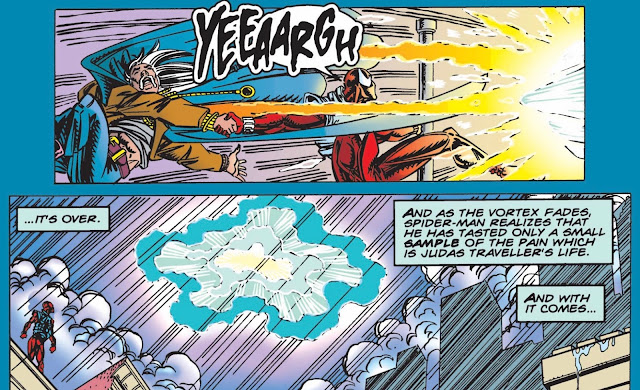 As far as endings go, that's more abrupt than a even typical Clone Saga story- which tend to have truncated endings.


By the Numbers
Lets tally up to see what the Clone Saga has done so far:

Nothing  makes logical or narrative sense. It feels like a series of random, disconnected events. Did Mackie just use a random plot generator to make this script? Trying to make sense of the issue is insane.

Also, I still hate Traveller and this story line only strengthens my hatred towards him. His personality is annoying, his dialogue is too cryptic, his motives are super broad, and his powers are too over-the-top. Readers can't engage with him because there is no tangible, relatable character traits to latch onto. He is written mysterious for the sake of mystery, but no characterization. 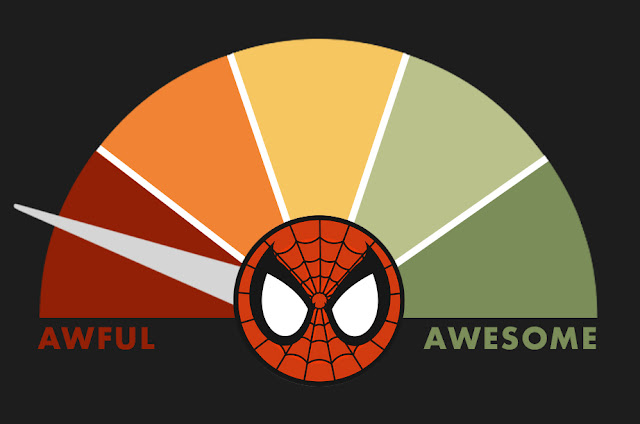