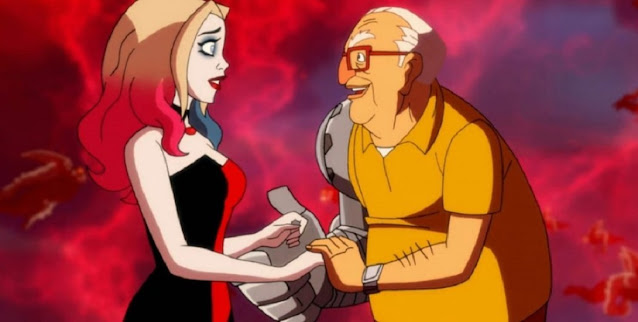 Jesus Was Really A Shark

"Dye Hard" gives us the aftermath of the bachelorette party as well as a reunion between the gang and Dr. Psycho. It is one the fans of the series were definitely on pins and needles for. This review will have some spoilers for the previous episode "Bachelorette." 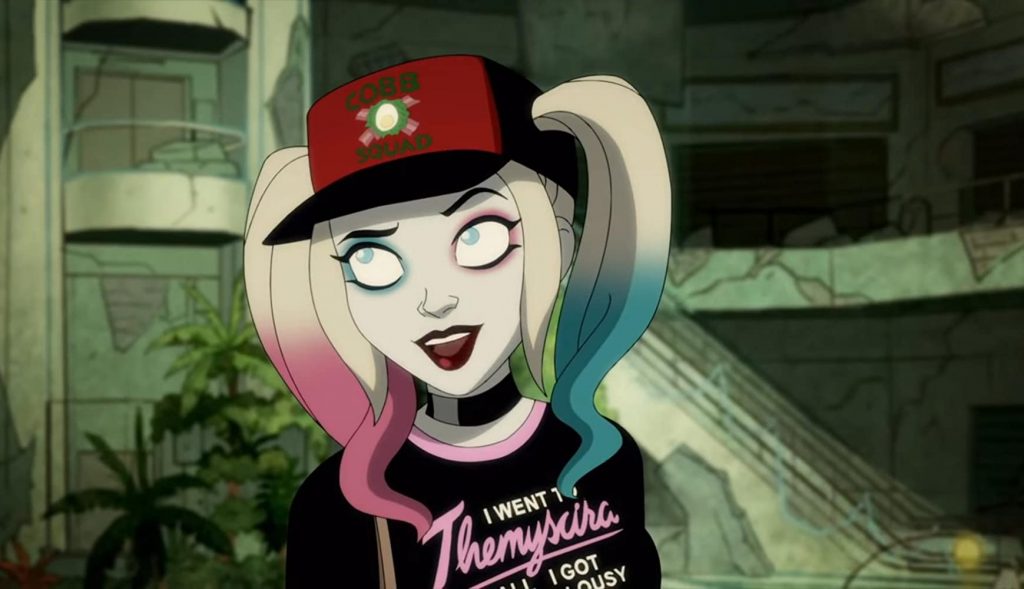 Harley's obviously just a bit heartbroken, after the way things were left between her and Ivy.. She meets up with Sy Borgman, King Shark, and Clayface at the lair, and tries to party it up, but King Shark and Clayface bow out gracefully. Sy ends up having a heart to heart with Harley and, while she hears him, she has the pain to burn off. Hitting a Wayne Tower bar puts her in the wrong place at the wrong time with a now sane(?) Joker, who's risen up in the bar-tending world.
Meanwhile, Gordon's babysitting in the auto driven Batwing trying to round up the leftover parademons from recent escapades. Given the bulletproof glass of the Wayne Tower, all Harley sees is them splattering, like bugs on a windshield. What should have been a night of getting over hurt feelings leads to utter chaos. 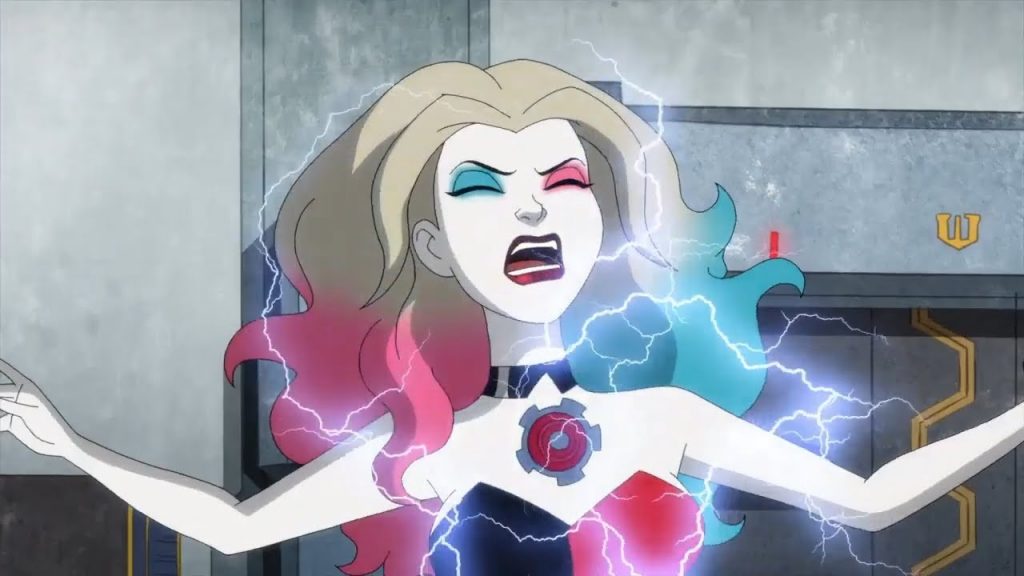 The series is coming to a close, with only three episodes to go, and if "Dye Hard" is any indication of what's to come... best to have some tissues handy. The voice cast gives their all this episode, and not only is it noted, it's appreciated. These stories are extremely emotional, with feelings that spread farther than just the relationship between Harley and Ivy. They handle them not only respectfully, but in a blatantly raw manner, forcing viewers into the moment for each heartbreaking step that leads us, not to a conclusion, but to growth. 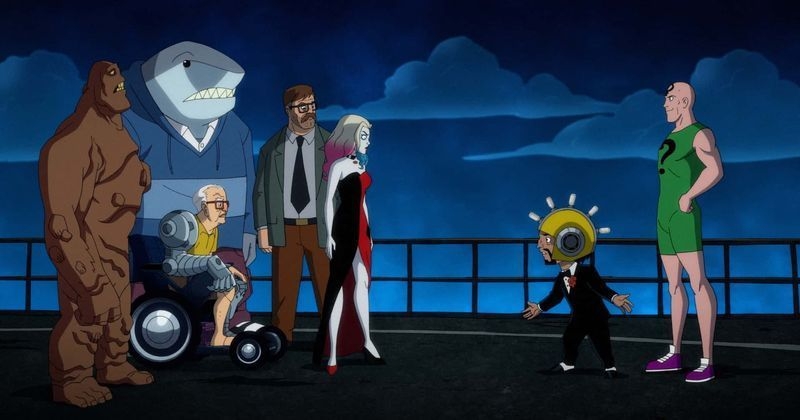 "Dye Hard" sets us directly on the path to what to expect next episode, but if the writers of this series are good at anything, it's surprising us. They've fashioned a tale that has woven in every single character this season.  We must wait as patiently, as we can to see what's to come of our beloved crew.
This episode is enthralling, action-filled, emotional, and heartbreaking in its tenderness. It absolutely does justice to what this series is all about.  A true jewel in the collection of Harley Quinn: The Animated Series. What was your favorite part of this episode? Let us know in the comments, and I'll see you for the next review! 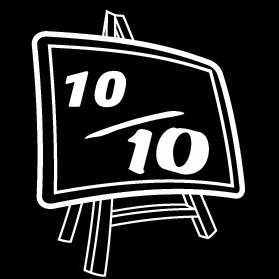