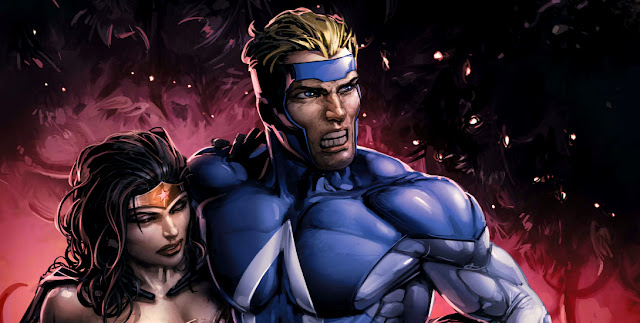 “The Parliaments Of Life” – Part Three 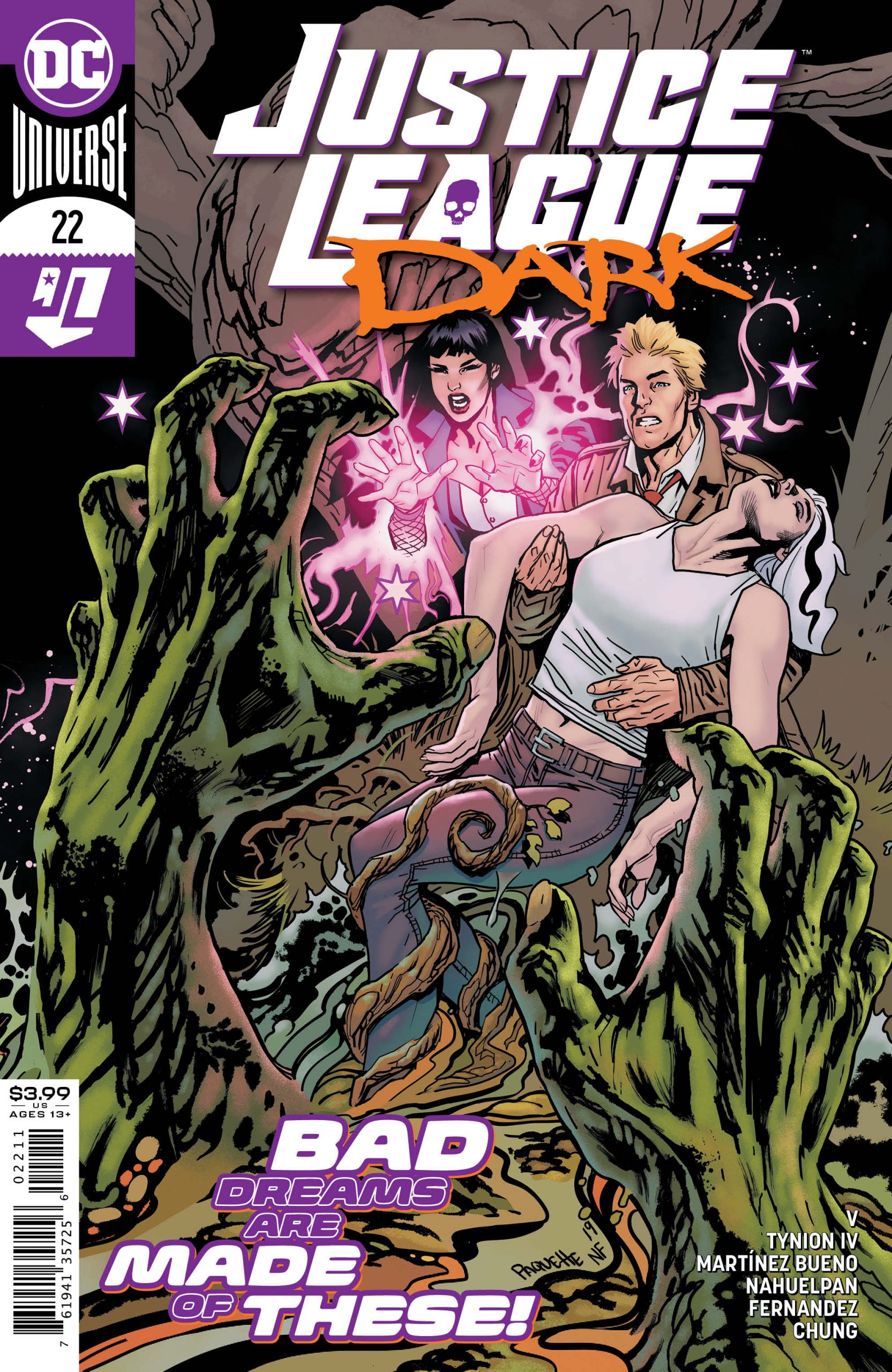 Review by Steve J. Ray
Just when I thought I’d seen everything in comics, a book like this one comes along. Last issue we saw a world overrun by fungal spores that were destroying all life on Earth; human and animal alike. Of course, if you’re Buddy Baker – A.K.A. Animal Man – that should render you useless… right? Oh me of little faith! Life isn’t just lions, tigers, whales and walruses… oh no! Life exists in the smallest of organisms that dwell inside of all of those critters, and us. In Justice League Dark #22 Buddy becomes… buddies with the microbes in his own lower intestine, and they are mighty indeed.
I’ve always loved comics series that not only entertain, but that make me think. JLD is one of those titles. Ram V’s script and work with James Tynion IV comes completely out of left field, but is all the more brilliant because of that. Gut bugs… I love it! People always say think big, in this instance that would’ve been completely the wrong way to go. 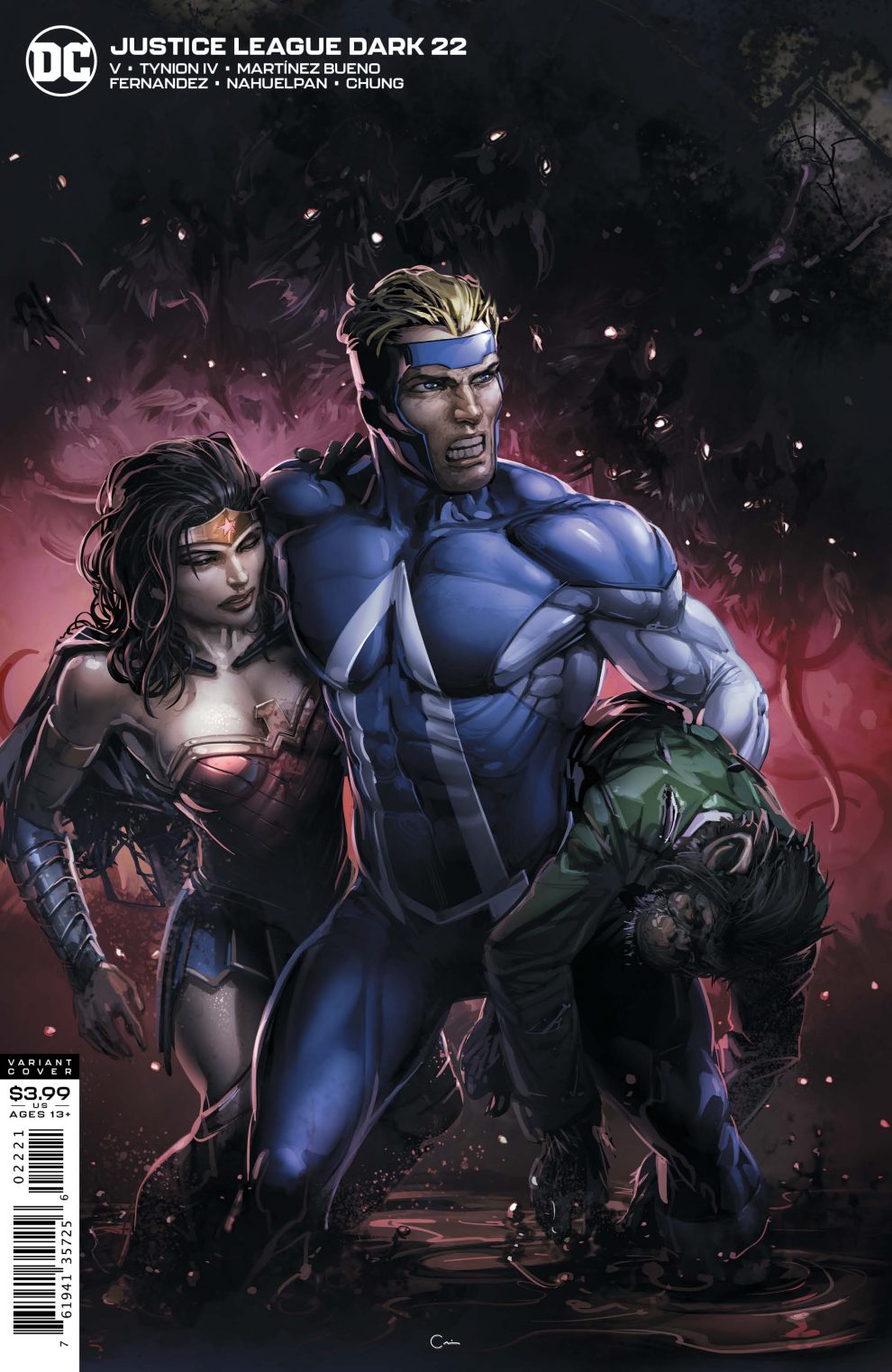 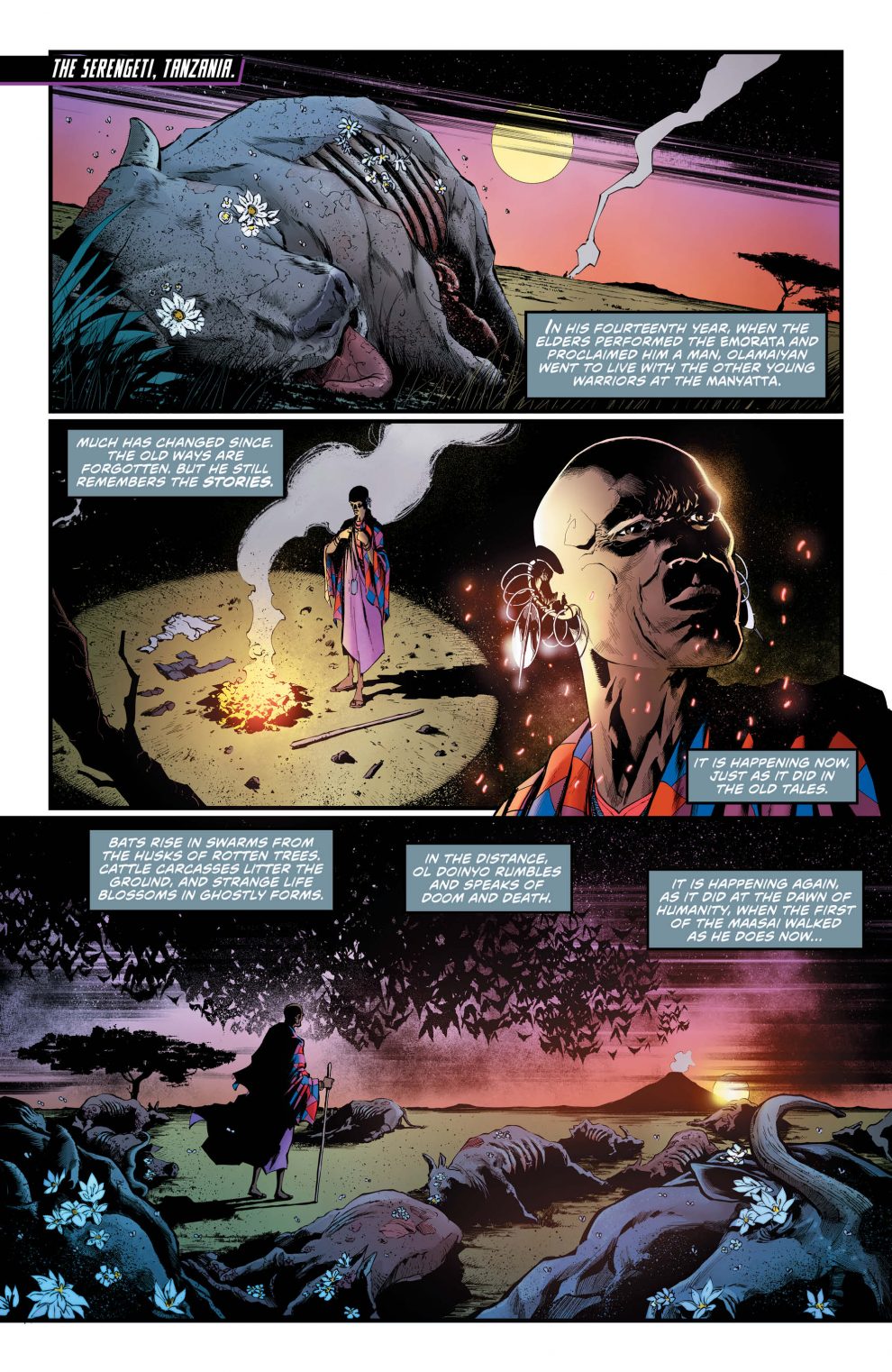 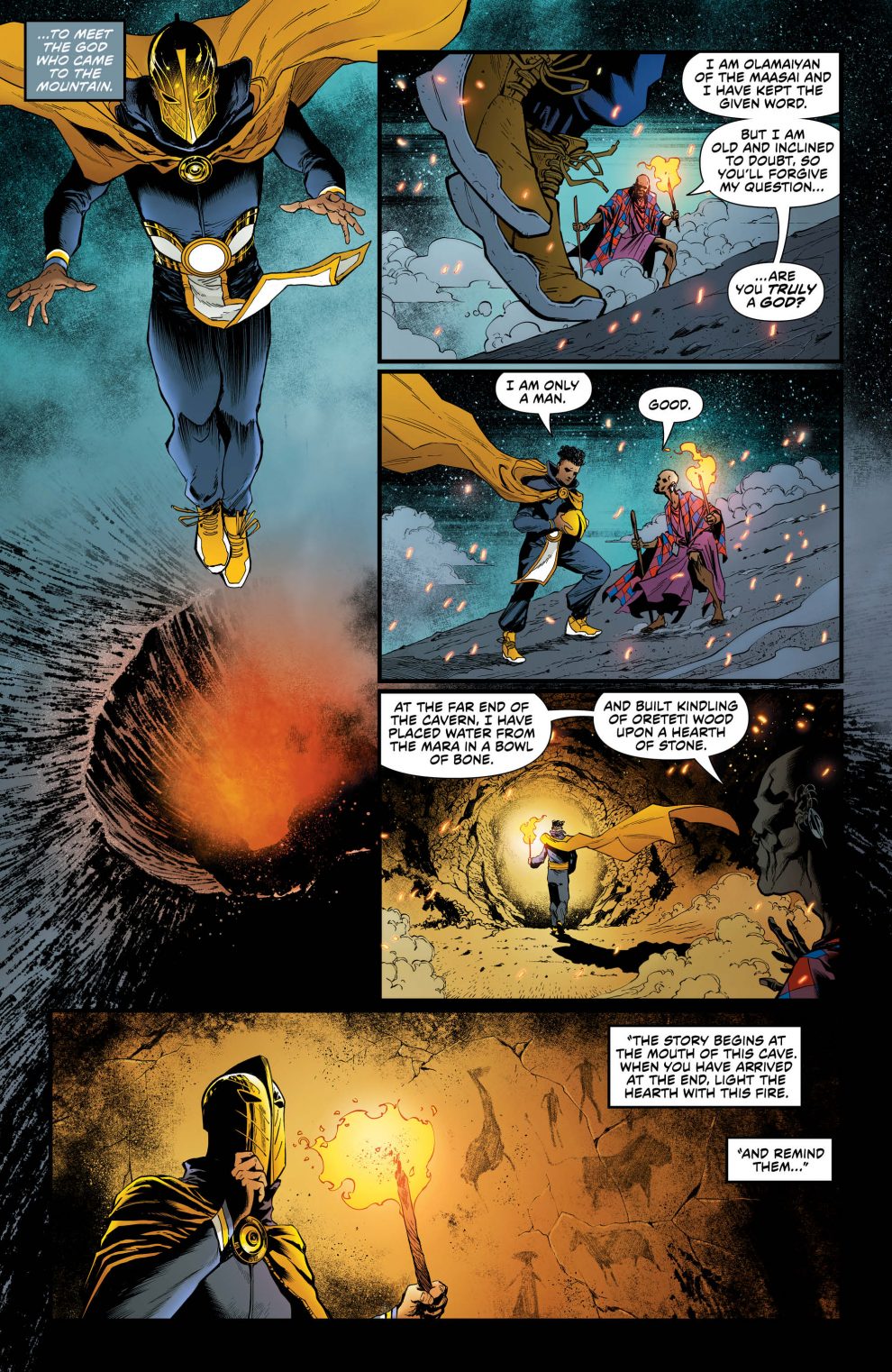 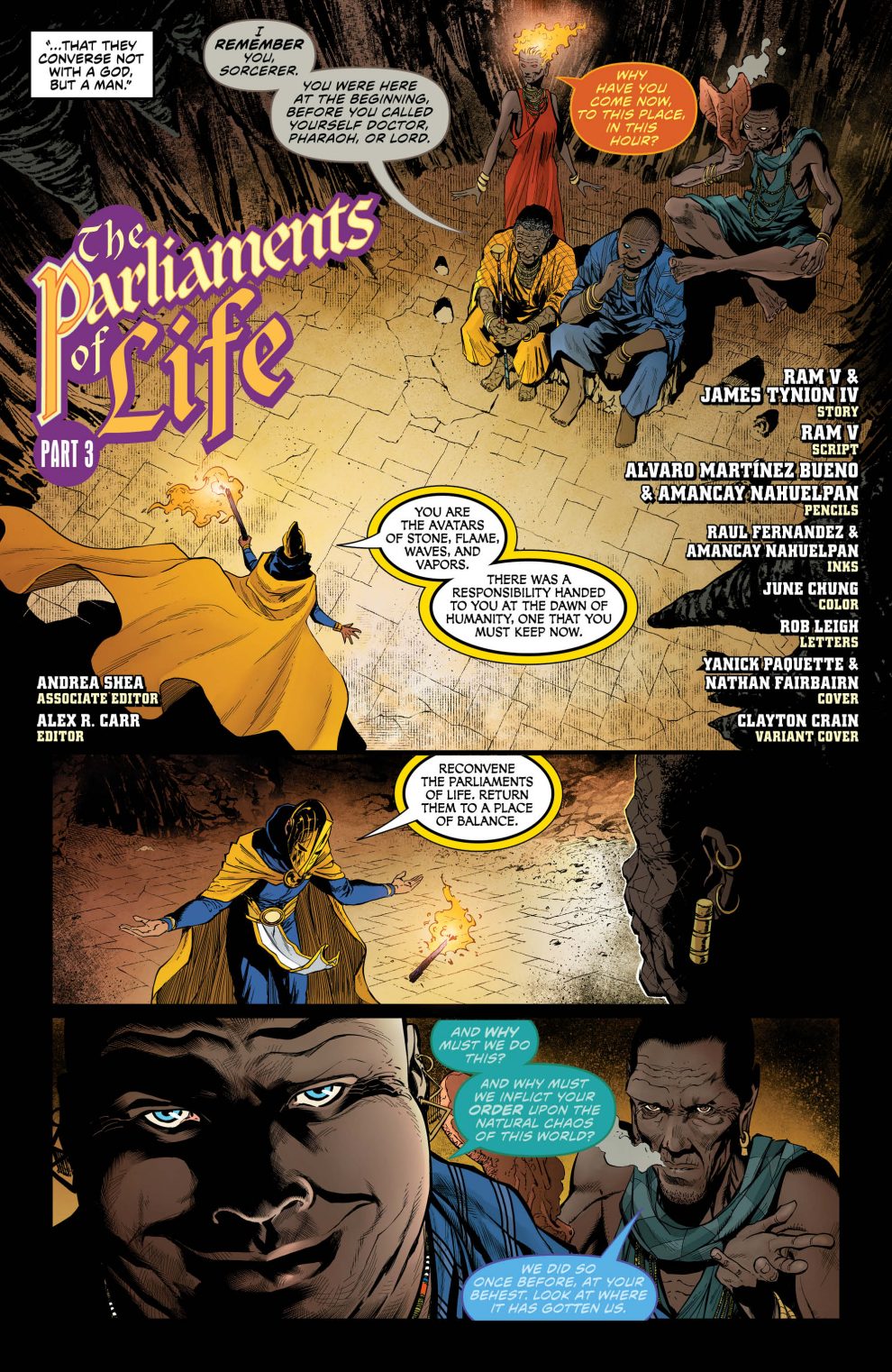 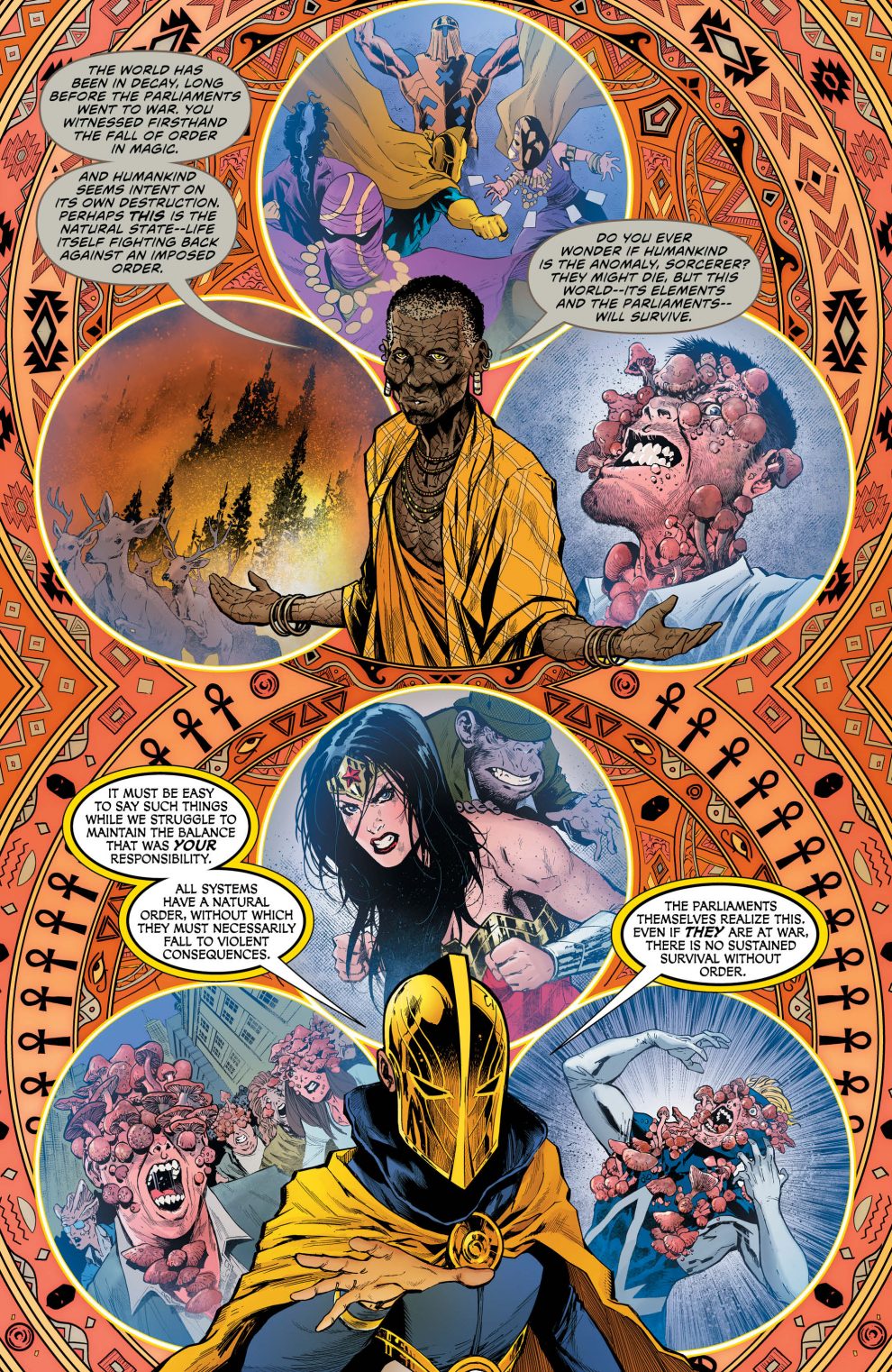 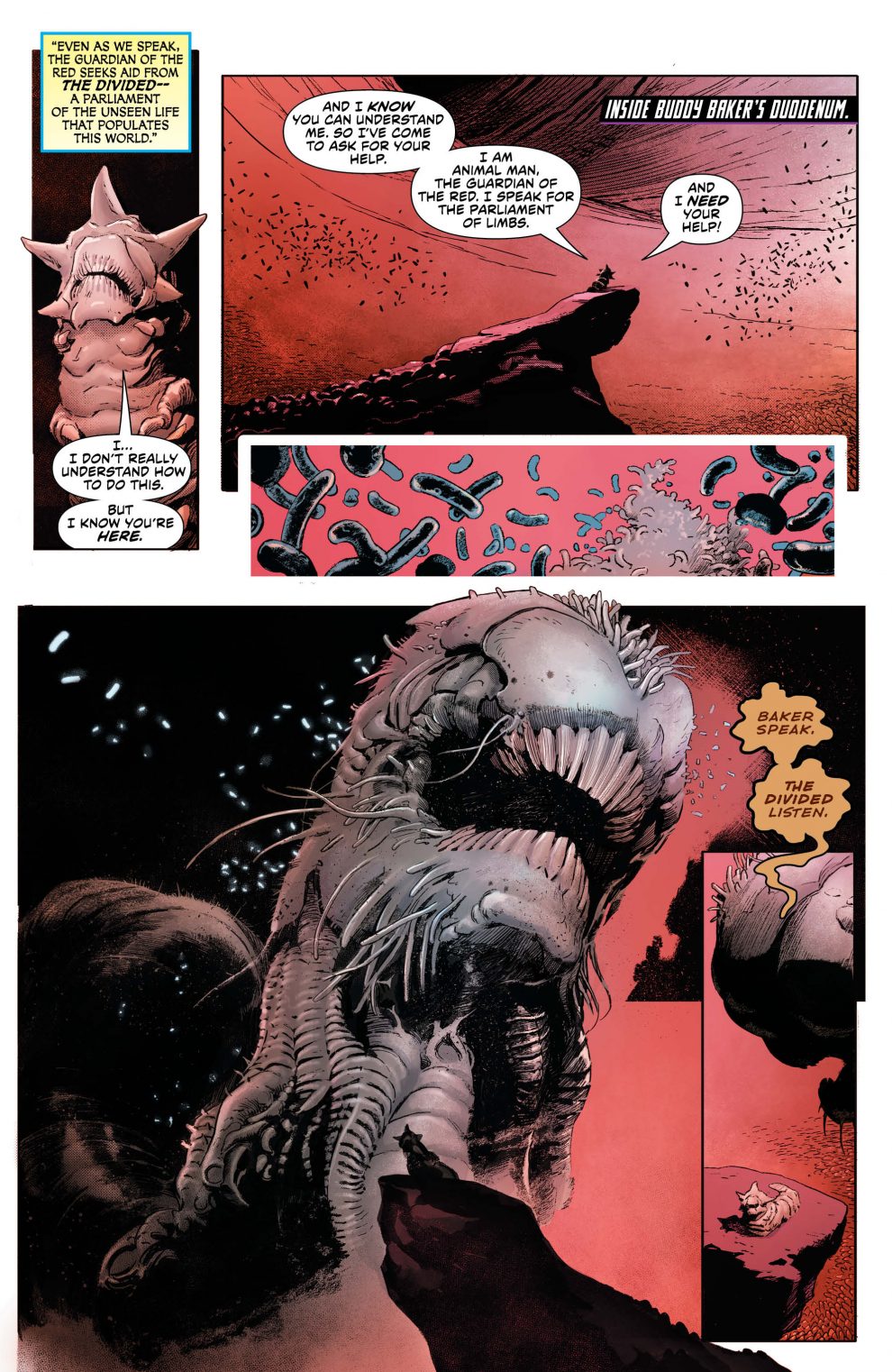 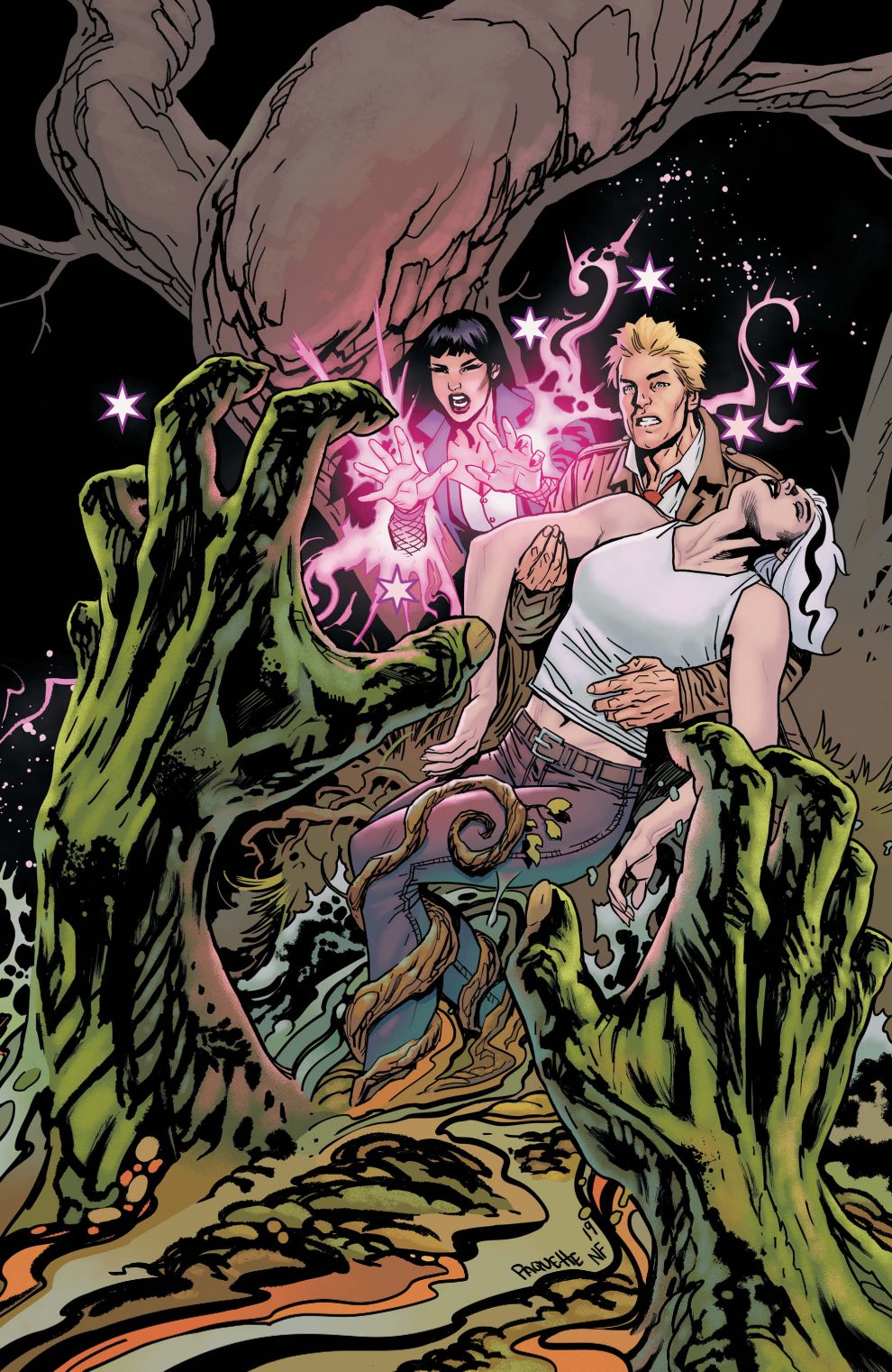 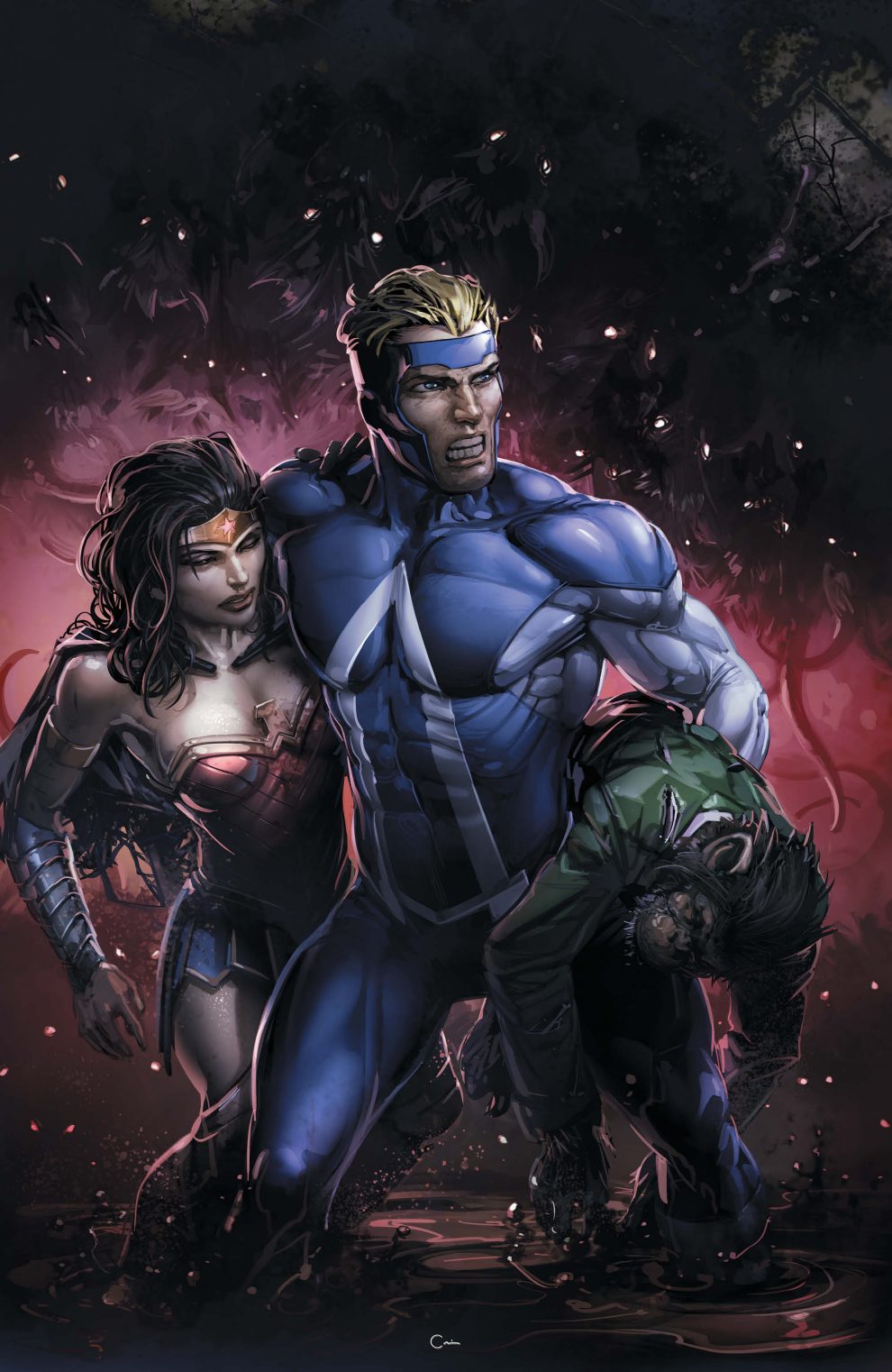 This book gets the best artists, and this issue has three great ones. The brilliant Amancay Nahuelpan pencils and inks his own work on the Doctor Fate scenes in Africa, then series regulars Álvaro Martínez Bueno and Raül Fernandez get in on the act; both in Buddy’s Duodenum, and at the heart of the Action with the rest of team JLD. All the art is goregous, look up if you don’t believe me!
There are some gorgeous scenes at the end of the book where some panels are semi inked and colored, and where the lettering looks like it’s been hand drawn on lined paper. This effect is beautiful to look at, and adds so much to the surreal feel of the issue.
I’m not usually a fan of comics with more than one art team, but the two settings are so different that I can forgive it, particularly when June Chung’s colors are so stellar. Her hues make the book cohesive, and even those who, like me, can tell where the art team changes, will love what this group of talented creators has done. This book doesn’t just read well, it looks fantastic.
Rob Leigh has lettered almost every issue of this series, and his work is pure fire. We can tell when Nabu is talking, it’s different again when the belly bugs do, and yet again when the human characters speak. Lovely.

It’s great to see that earth, air, fire and water can work together. It’s amazing that intestinal microbes can see that the world’s a better place when we all join as one. With the world the way it is today; when we see people divided and discriminated against, and the corrupt elites incite chaos and violence, works of fiction like these become more than entertainment, they become important. The best part is that great art doesn’t make excuses, or smack you about the head like a police baton, it opens your eyes to peace, unity and love.
Some people say that grown ups shouldn’t read comics, but I reckon the world be a much better place if everyone did. I’d start by handing them all a copy of Justice League Dark #22.