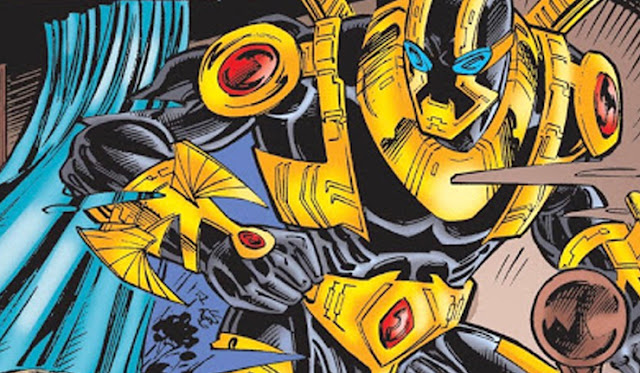 
Ben as Spidey discovers that a rich woman Andrea Havershaw that he knew back in the day was murdered recently. During a time that Ben was living in Vermont, he used to earn money tutoring students, including Andrea's son Jason. 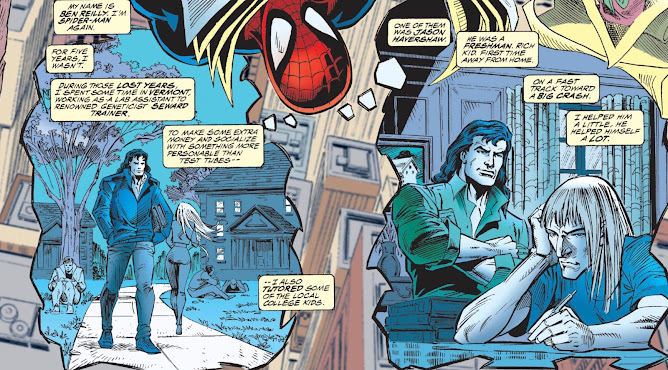 Ben had a good relationship with Jason and with the mother. Despite not seeing them for years, he still mourns her death. Incidentally, her cause of death appeared to be being mauled in the back with claws.

Thus the primary suspect is the Black Cat. Interestingly, her and a bunch of other people complained about a mysterious sharp stinging sensation in the back of the neck. 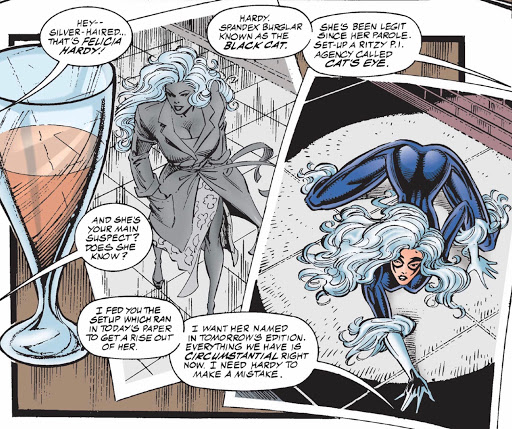 Ben attends Andrea's wake to pay respects. He meets Jason- who looks nothing like his flashback picture- to console him. But Ben's spider-sense goes off with Jason.

Hilariously, Ben also runs into J. Jonah Jameson and a mis-colored Robbie Robertson. How can the colorist forget that Robbie's black? 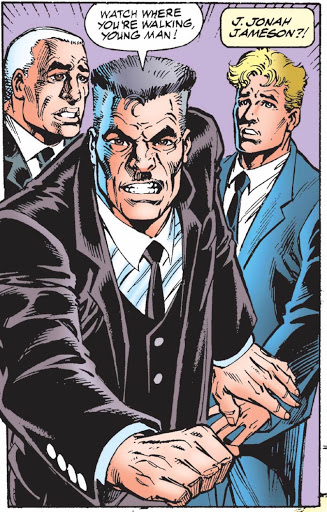 So after shaking down the Daily Bugle reporter Ken Ellis for some information, Spider-Man meets up with the Black Cat. I gotta admit, I love their inter-play here.


She is extremely flirty with Ben and he is wildly attracted to her, but is struggling to keep it professional. Even more amusing, Black Cat's knows that this is Ben and continually makes flirty comparisons between him and Peter.

This is a relationship dynamic that can only be done with Ben Reilly. With Peter being married, it's not logical for Felicia to have a sexually-tense dynamic.
But Ben's single, so their banter is great. He's not used to seeing someone as sexually-provocative as Felicia Hardy and is also trying to reconcile how she had a intimate relationship with Peter. It's fun, cute, and enduring.  It's easily the highlight of this issue.


Back to the main plot, we find out that Jason is actually a spy called Skull Jacket and that the real Jason is addicted to drugs. It turns out that Jason is a drug addict and has a huge gambling debt with the Russian mob. The mob then hired Skull Jacket to kill his mother, so Jason can claim the inheritance and pay them back.
Among being a generic spy with generic armor powers, Skull Jacket can assume peoples' identities by shooting a dart in their neck. So throughout this issue, Skull Jacket impersonated Jason, Black Cat and a half-dozen other characters. 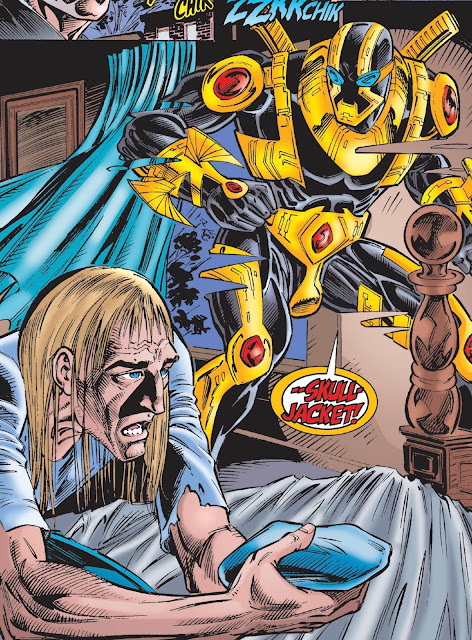 Furthermore, to throw police off the trail, Skull Jacket framed the Black Cat. Why the Black Cat? Who knows. Oh yeah, Skull Jacket also wanted to stay impersonated as Jason because he can take the inheritance for himself once the will is read.


The whole plot is pretty clever and layered. It forces you to re-read it and identify the times when Skull Jacket was impersonating someone and how he manipulated events in his favor.
But let's be honest: Skull Jacket is a dumb villain with a dumb name. What does that mean? He likes jackets with skulls on it? Amusingly, enough his outfit reminds me of the Yellowjacket suit from Ant-Man.


Once Spider-Man realizes what's going on, he defeated Skull Jacket really fast. Like, he literally punches Skull Jacket once and even mentions how anti-climatic the whole fight was.

In the end, Spidey finds the real Jason and sends him to the police. Ben understandably is bummed out that he thought he made a difference in Jason's life years ago, but it turned out that Jason is a bad seed. 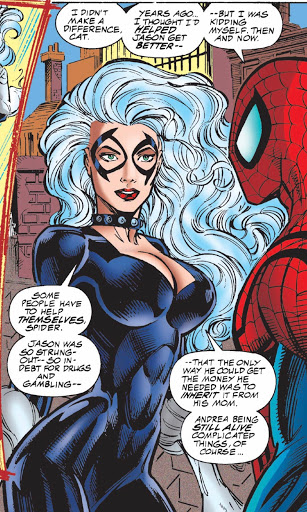 Fortunately, Felicia thanked Ben in her own way by kissing him. It would've been cool to see the two as a couple, but I think this is the last time the ever two interacted. 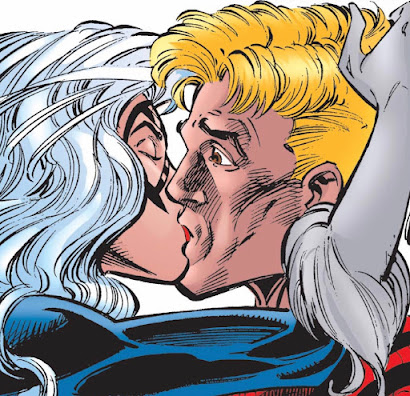 Overall, this done-in-one issue is pretty good. The main draw is easily Black Cat. I really love the Black Cat-Ben Reilly interactions. It's so fun to see this back-and-forth. The rest of the plot is decent too. The murder frame-up with the villain disguising himself as various characters is kinda cool too. I really enjoy the idea of Ben trying and failing to help someone in his life.  It subverts the cliche endings of people having a life-changing experience. Here, the harsh reality of drug addiction is not nearly as easy.

It's kinda unfortunate that the new villain is really silly. The name is nonsensical and the personality is generic. The shape-shifting abilities is derivative of Chameleon, so it feels redundant. Honestly, it seems like that writer Fabian Nicieza was barely interested in the villain and was more into writing the mystery angle and the Black Cat scenes.

However, this is easily the most enjoyable issue of Unlimited so far in the Clone Saga. 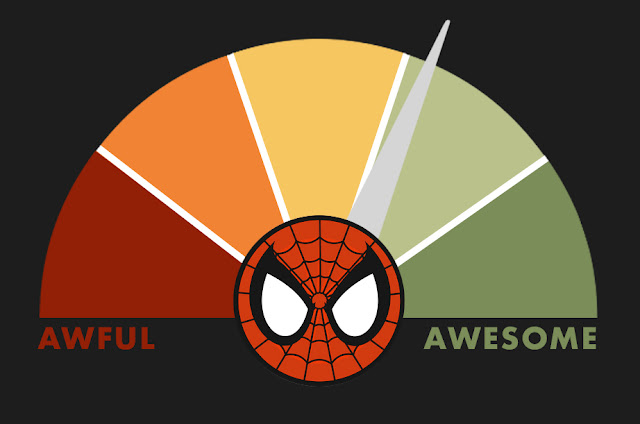