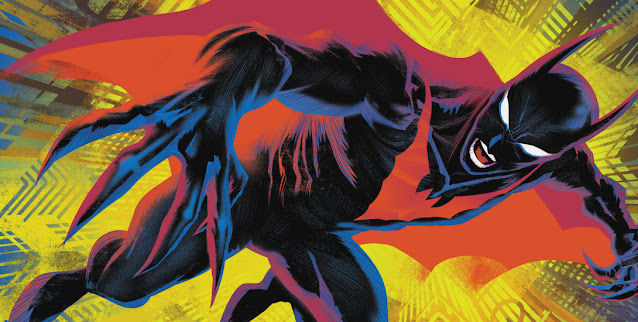 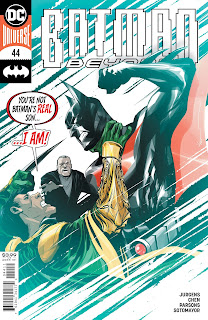 Batman Beyond #44 turns up the heat. The surprise return of Damian Wayne in the previous issue left me wondering what could possibly happen next. This version of future Gotham was imagined well after Batman Beyond was dreamt up, and the early cartoon creators could never have imagined the dynamic Bruce Wayne’s boisterous son would bring. As the canon of DC present expanded, it was the vision of the creative team to masterfully bring this character into the possible future of the DC Universe yet to come.

This issue’s framed around the strong tension around a chase. We see the League of Assassins determined with their mission, and the book starts with ramblings of their new leadership. We then jump to our heroes running for their lives, and Bruce Wayne has to resort to the most extreme, but understandable, measures to ensure everyone’s safe.

It’s breakneck speed storytelling which will have many new readers gripped, and reward returning readers with high action and classic characters. 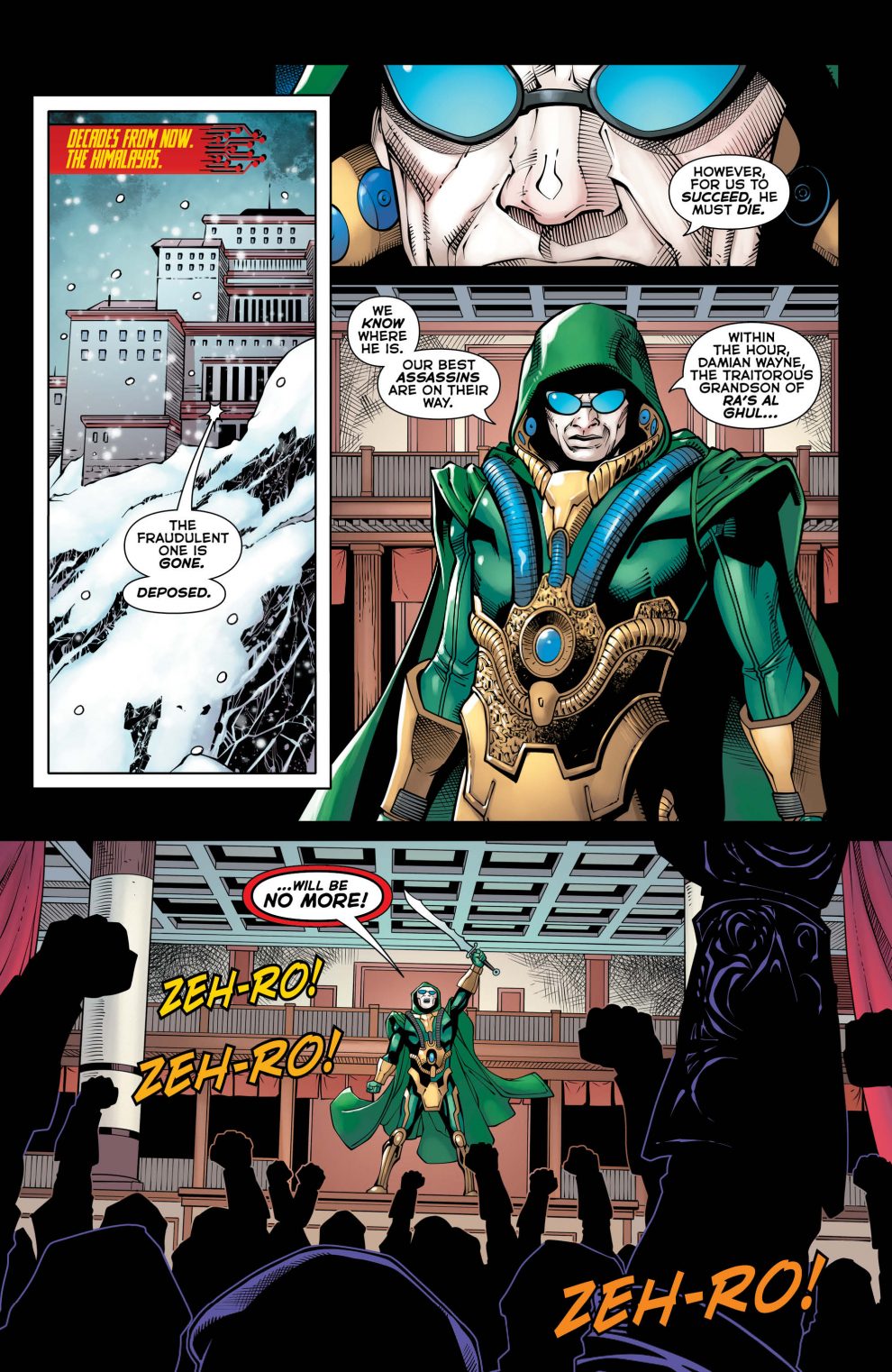 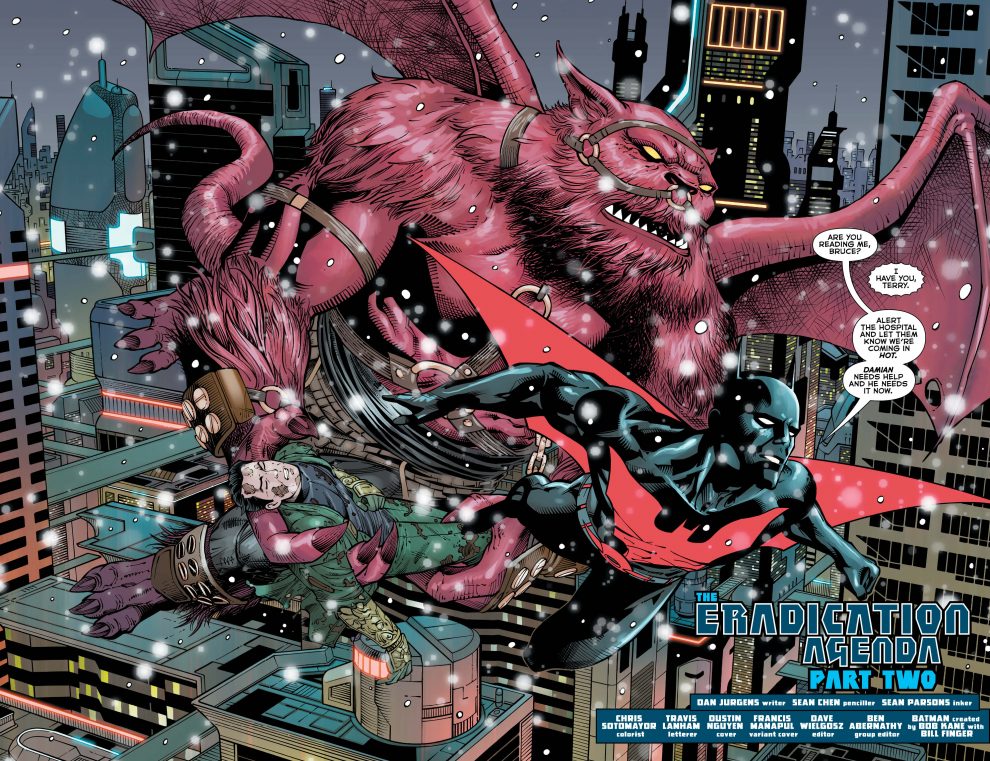 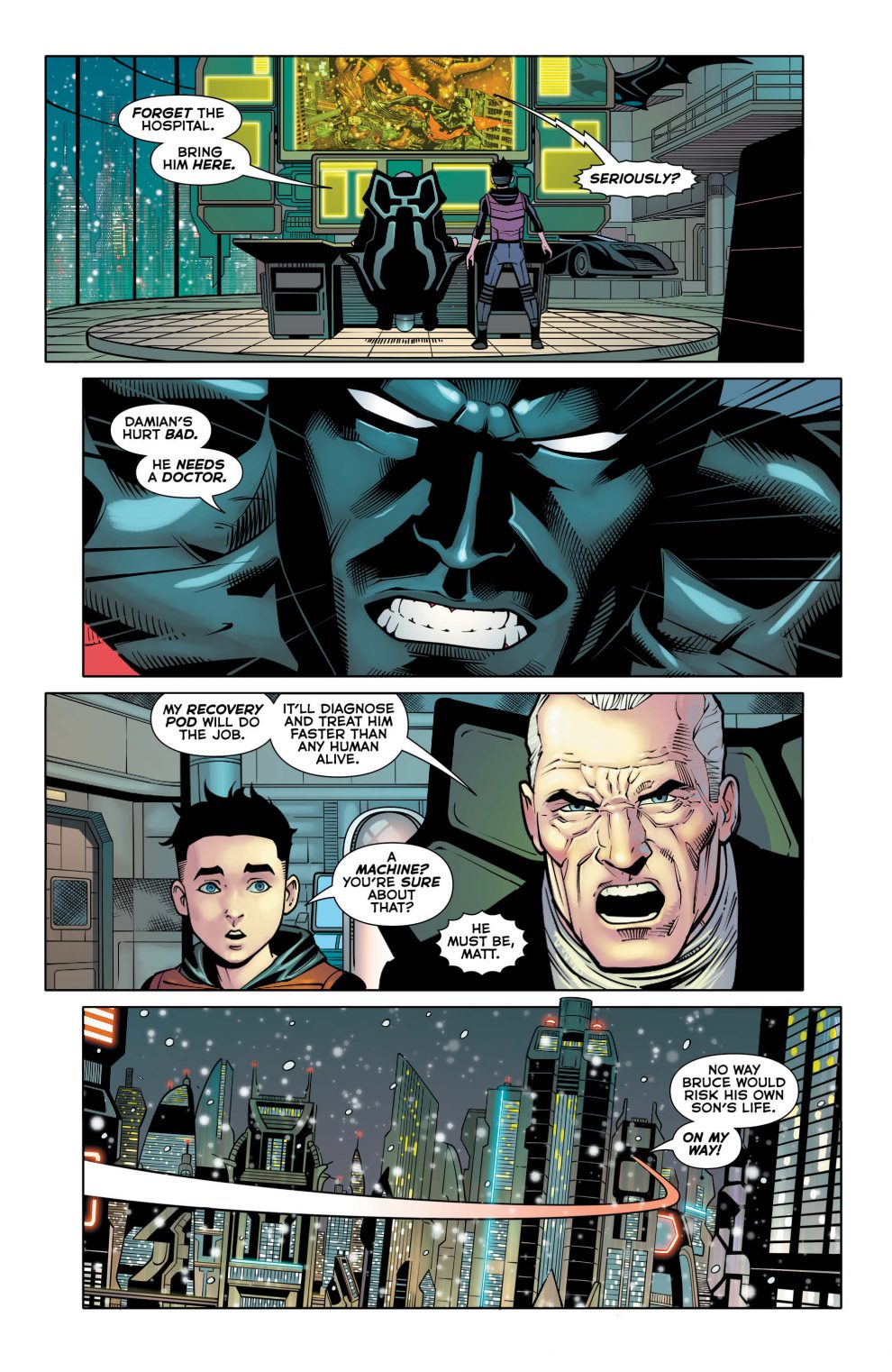 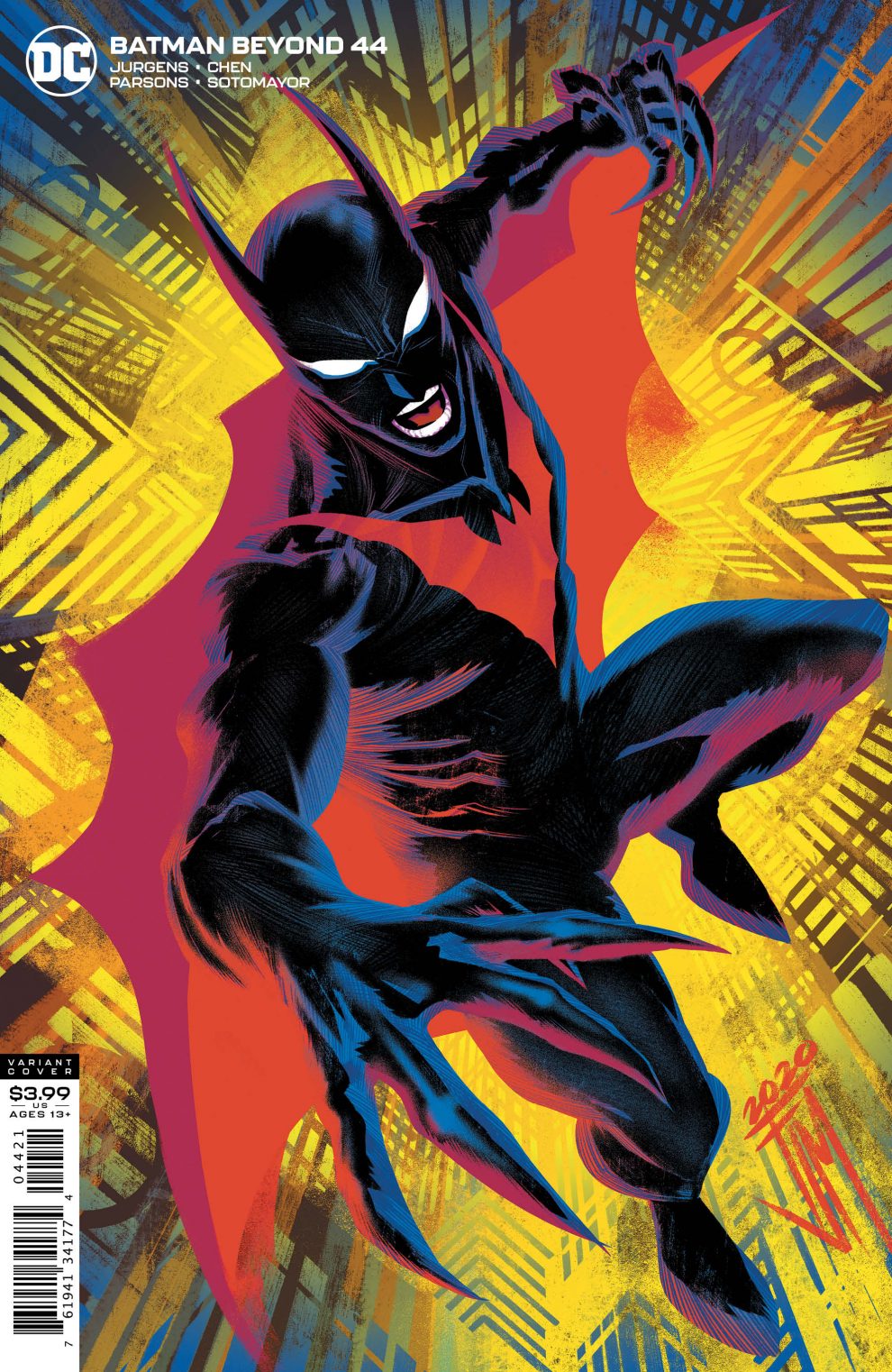 The action of Batman Beyond #44 shows the tenacity this future version of the League has. Their zealotry is a driving force for conflicts like this, in today’s comics. Imagining them with access to “future” tech is a terrifying prospect. We learn in this issue just how far their mastery of Batman Beyond’s future tech has taken them. It’s gratifying for a reader who really knows these antagonists, to see them being used faithfully and a new way.

Tensions have eased a little, but our heroes still aren’t safe. We have to wonder what the next steps are for dealing with this new, but familiar threat. Readers also have the lingering questions about Elainna and her progress. All these plot threads are going to come together in such a satisfying way, and I’m eager to see it happen.