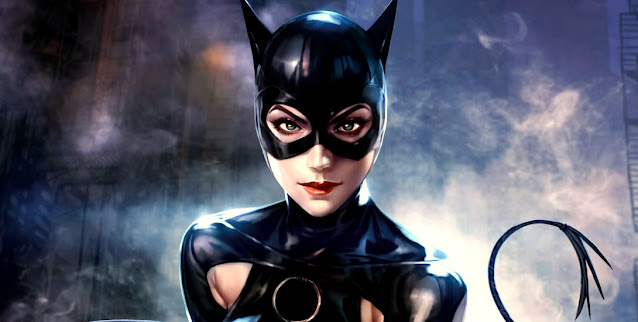 "We've Got Fun And Games" 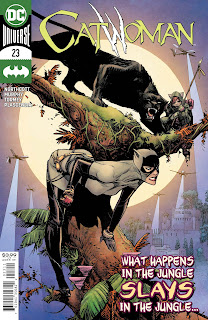 After the independent, fresh take of the last issue, Catwoman #23 get’s strongest reset we could have expected. A new creative team has brought a distinctly more stylistic and vibrant look, to the harsh, but unique lines, we got last time. A new destination, strange creatures, and shady allies, all let us know for certain that we’re going somewhere new. Catwoman is reaching new heights, and as readers, we’re all taken along for a fresh ride.

We catch up with Selina using her own passport, and not a fake (as someone who still has the reputation of a thief according to the issues supporting cast) to go to a place named after falling snow, but is probably more closely related to another kind of powder. A character from DC’s history, who I didn’t even know existed, rears his head to aid Catwoman, and be the host with the most, for what we can expect to be a big full room, where nothing at all will go wrong… 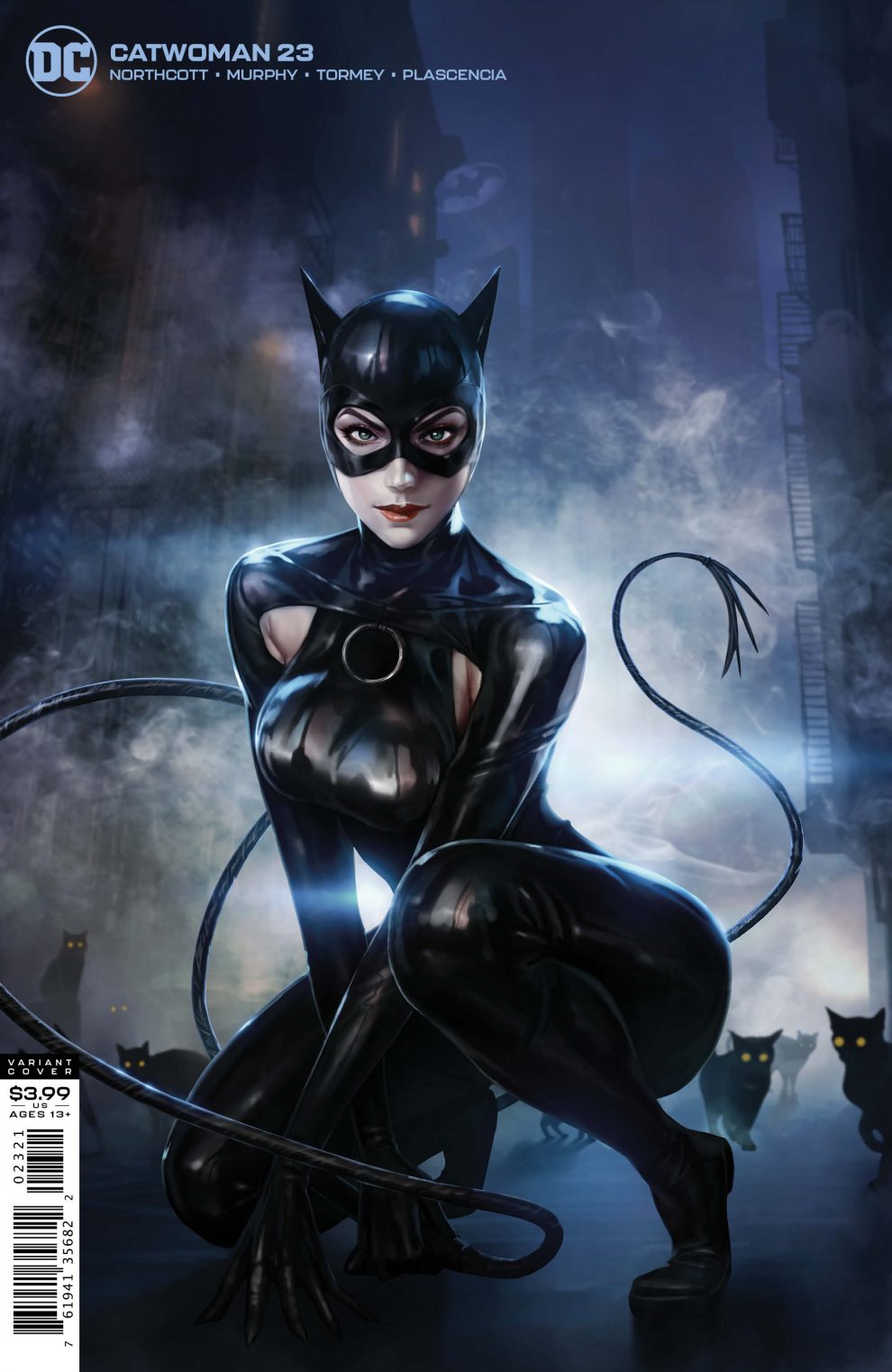 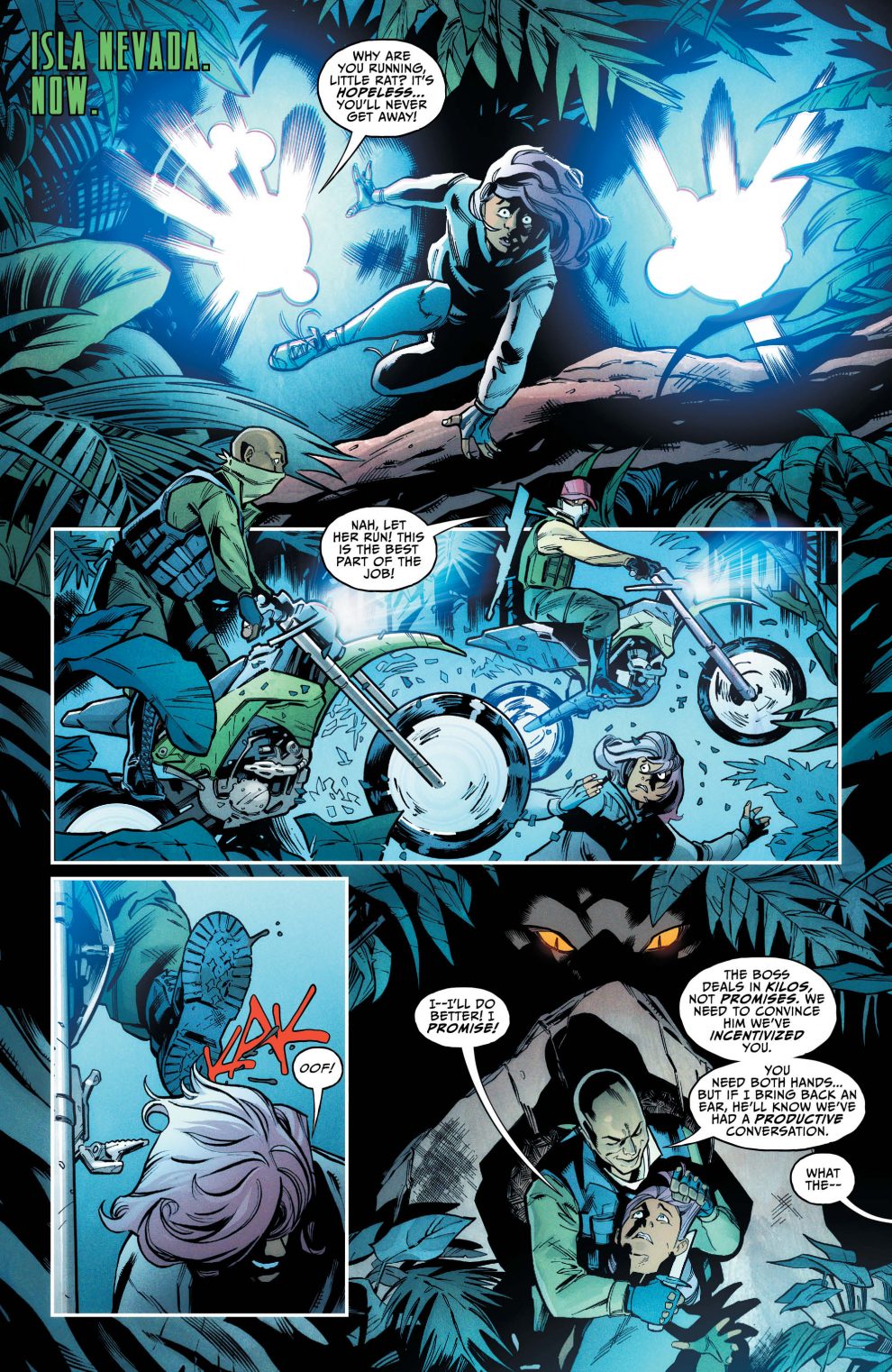 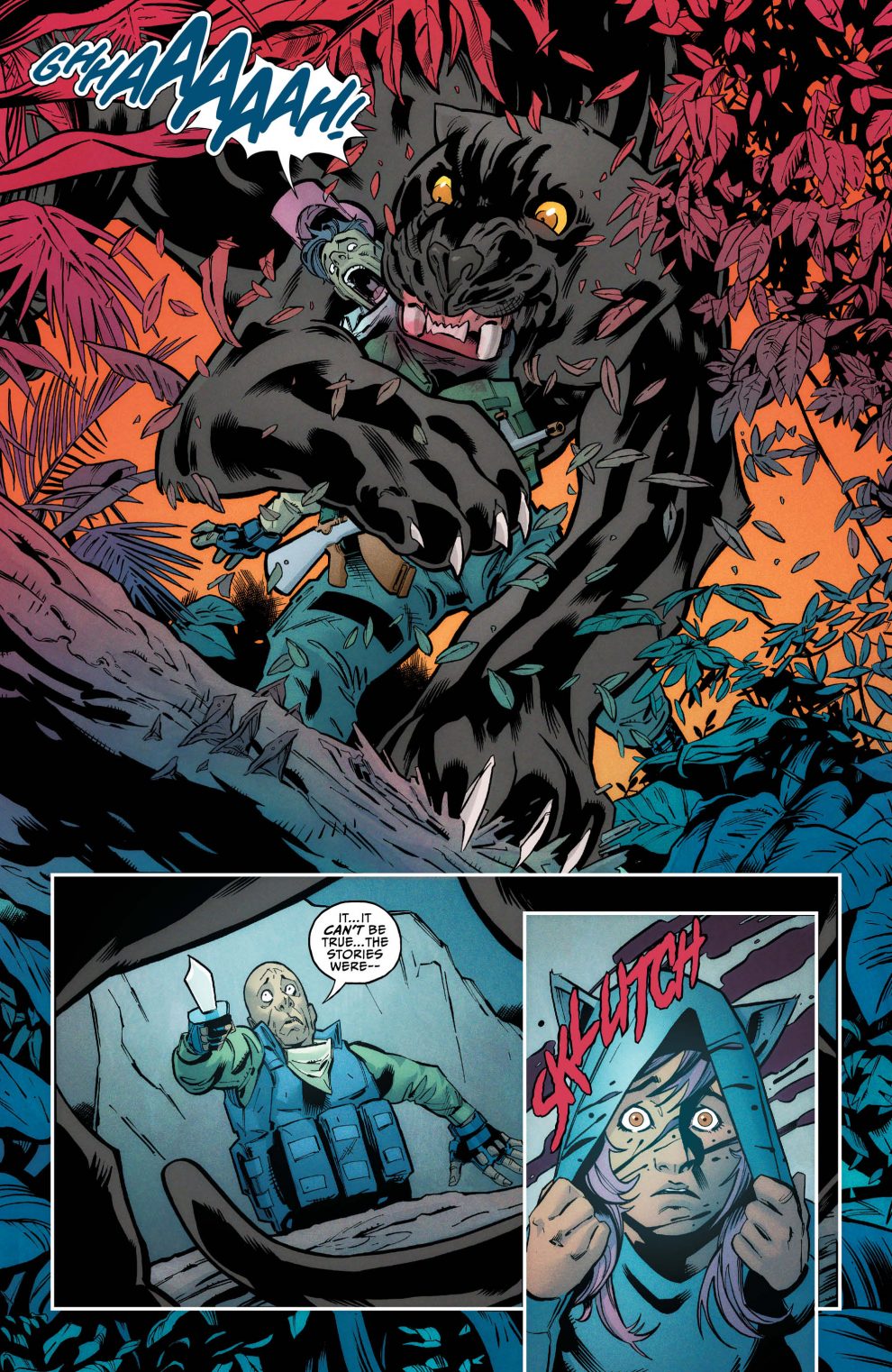 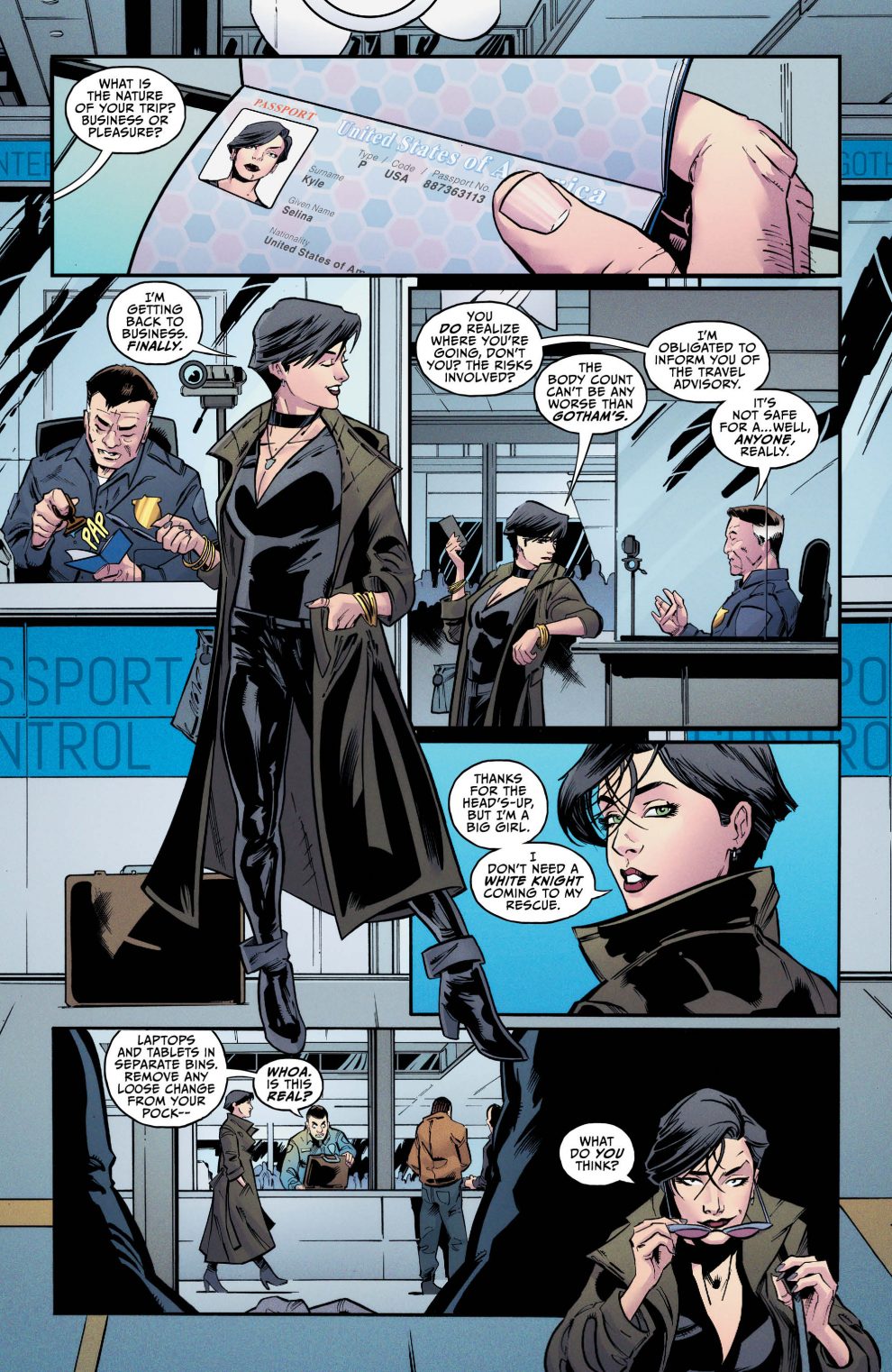 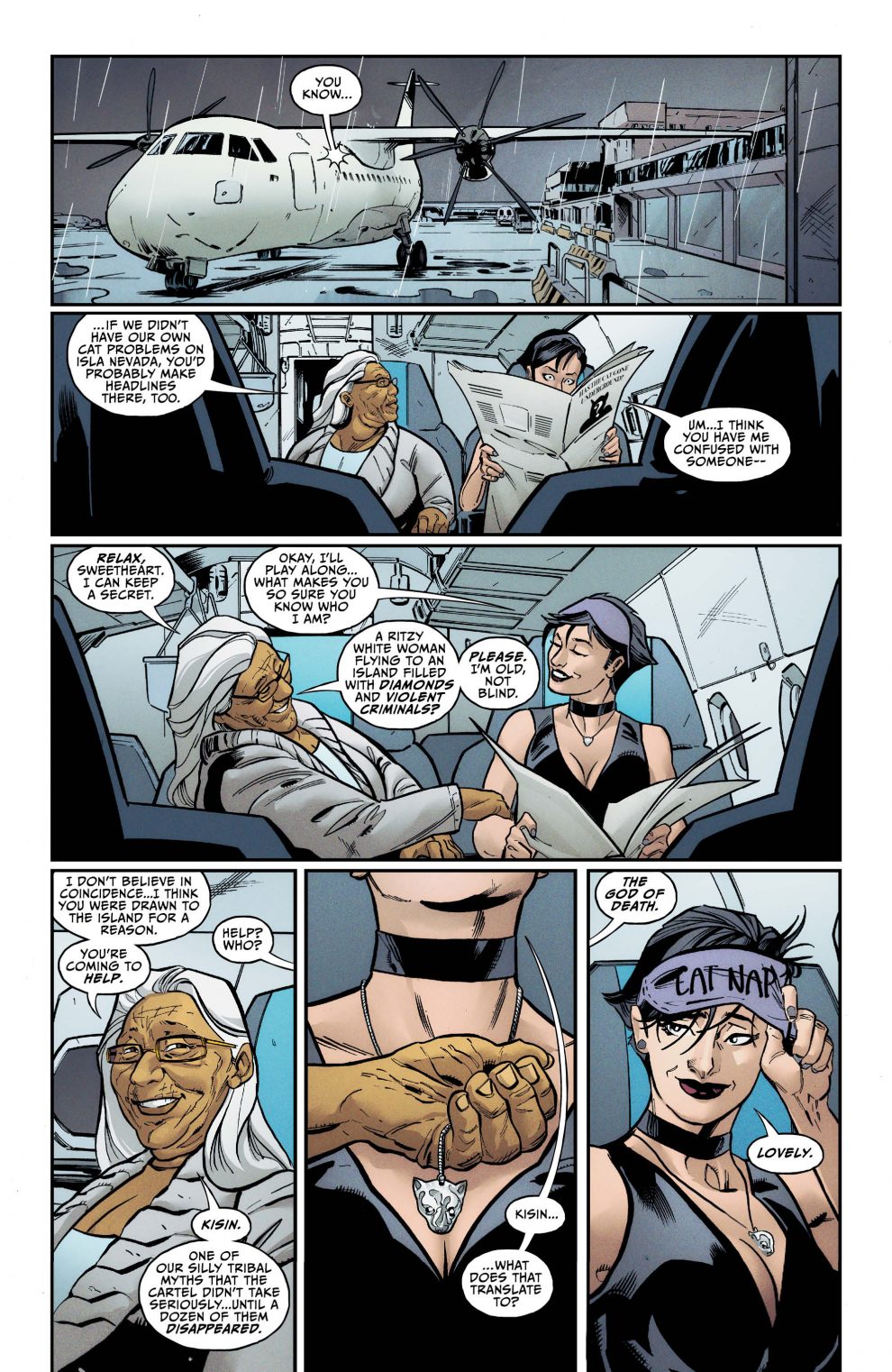 One thing I must credit is Cian Tormey’s design of this character. The Miami Vice suit and that style of sneakers makes him feel very ’80s (and thus purposefully outdated).

The new team has made considerable efforts to let a lot of things feel a certain, off-kilter way in this issue. Catwoman deliberately avoids giving up any details, even to kindly old strangers on an aeroplane. The story is staying vague, to keep us guessing, and invested.

The wider shots give us rushing colours and richly textured scenes in the jungle landscape.

Catwoman #23 is taking the character back to her beginnings. We can now actually see her doing anything, and that’s exciting. This is clearly the start of something new, and, when handled this well, gives us something we can all look forward to.