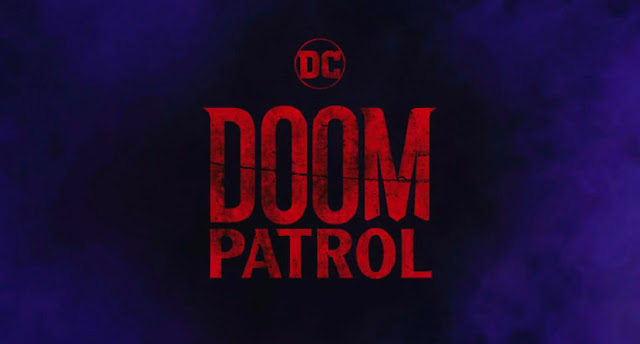 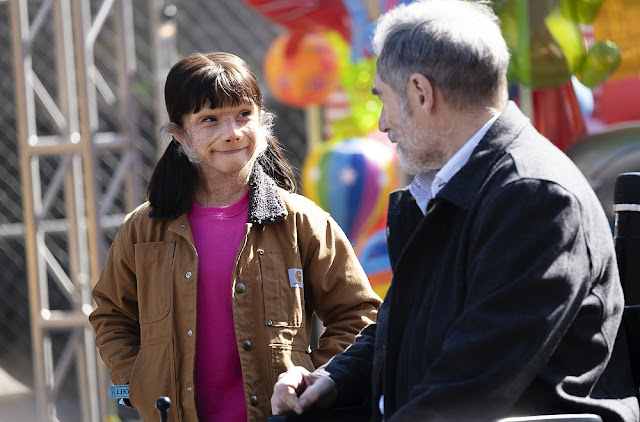 Well, Well, Well...
The trials and tribulations of Jane, Amanda, and Kay Challis' other surviving personalities continue this week. We revisit her horrifying past, her evil father, and learn secrets about Kay and Miranda hitherto undisclosed. The ties to Kay's past are not all painful however, as we learn of a childhood treasure that Jane decides to embark on a quest for, alongside Larry.
We also see Vic team up with Rita, and get another TV trailer like the classic Steele and Stone, from "Finger Patrol". This one's a lot more 60s, and features The Beekeeper and Borg, done in the style of the classic UK Avengers TV show. Beekeeper could be my favourite superhero alias since the Bombastic Bag Man! Steed and Emma Peel would be proud.
Their quest also reveals some more about Roni's past (and present), and we find out that - after the events of "Dumb Patrol" - she's a lot stronger than anyone would've guessed. 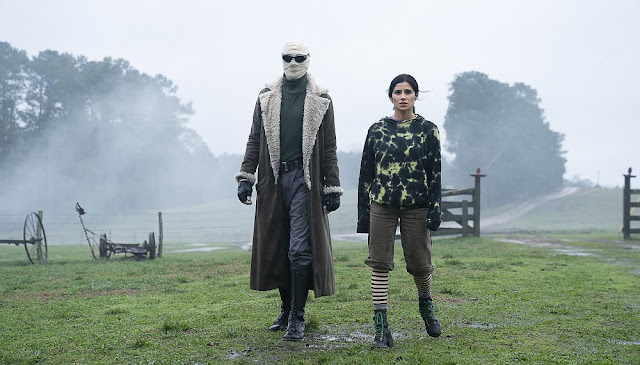 More Dynamic Duos
My favorite part of the show features Cliff spending time with his daughter, Clara. Young Ms Steele turned up at Doom Manor at the end of "Dumb Patrol" and she's a delight. If you ever wondered whether any character could ever drop an expletive like Robotman, then I guess the only thing I can say is that this particular apple didn't fall far from the tree.
Speaking of pairings - and fathers and daughters - The Chief and Dorothy have some adventures of their own. Sadly, the spectre of Niles' imminent demise, Dorothy's growing powers and awareness of coming of age, come to a head. We witness scenes that the greatest horror movies would be proud of, as we catch up with Dorothy's mother, and the Candlemaker starts to make his presence felt. 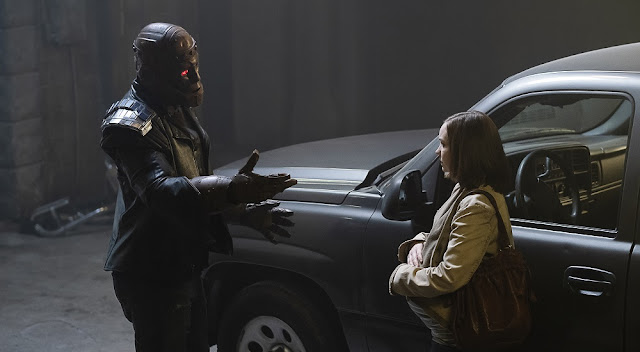 We also get the welcome return of Mark Sheppard's Willoughby Kipling, and meet some of his associates, including the wonderful Bunbury. This guy's going to really tickle fans of the weird and wonderful. He's SO Doom Patrol.
Also, watch out for a heated phone conversation between Niles and Kipling, it really takes the cake!
Conclusion
Woo... there's a hell of a lot happening, so much in fact that I have no clue how they'll be able to wrap it all up in next week's season finale. Will Jane be able to help Kay and stabilise the underground? Will Rita become a Superhero? Can Roni and Dorothy be saved? Just what is the mysterious glowing substance in Roni's phial? Is there anything that can stop the Candlemaker?
All these questions and more will (hopefully) be answered in "Wax Patrol". I can't wait.