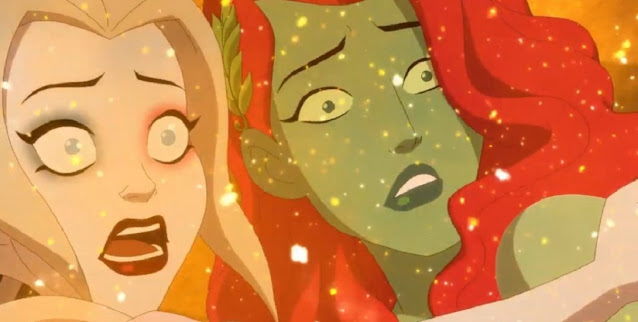 “The Runaway Bridesmaid”… wow. We had a lot of lead up to this episode; highs and lows throughout Harley Quinn season two, as everything culminates on the big day. With Harley in Arkham Asylum, trying to work things out, and Ivy prepares for her wedding to Kite Man, there’s so much to discuss. Let’s dig in.

A Rose By Any Other Name

Harley’s locked in Arkham, after the chaos that wrecked Gotham. She’s fully down on herself as Ivy’s wedding day grows closer. Even when King Shark, Frank, and Clayface come to pick her up, saying that Ivy wants her there, Harley says no. Ivy, on the other hand, is dealing with the aftermath of everything that had happened between her and Harley being broadcast by Dr. Psycho. Kite Man’s not handling things well, which is to be expected. Ivy does her best to repair things, by getting their dream venue… but Harley’s learned that Gordon’s planning to take down all the villains in attendance. What will happen when everything crashes down, and the decision about how to move forward comes down to Kite Man? 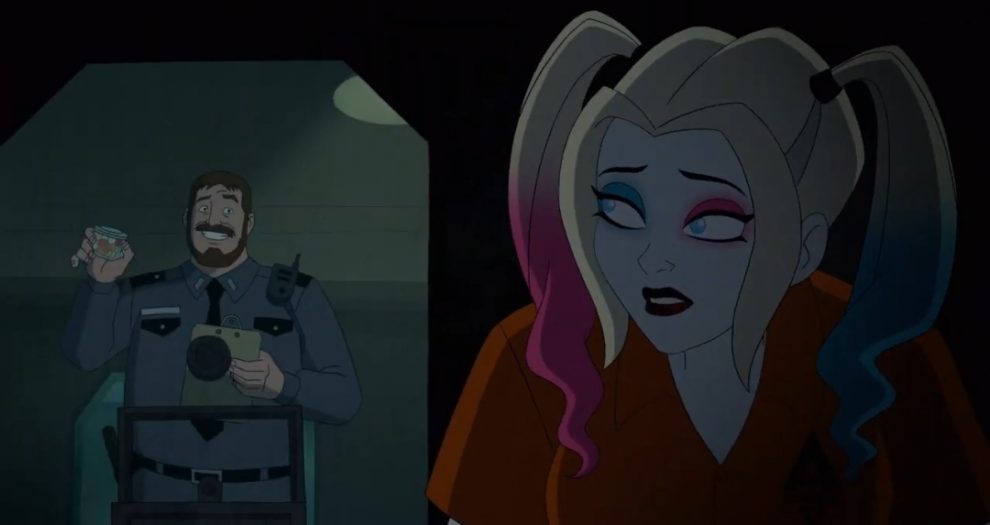 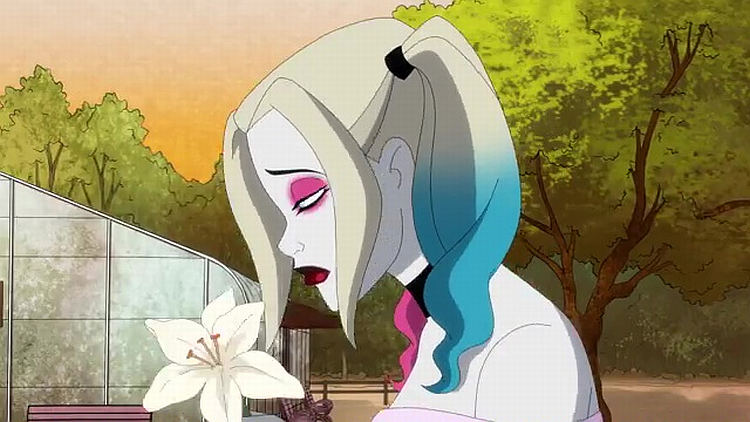 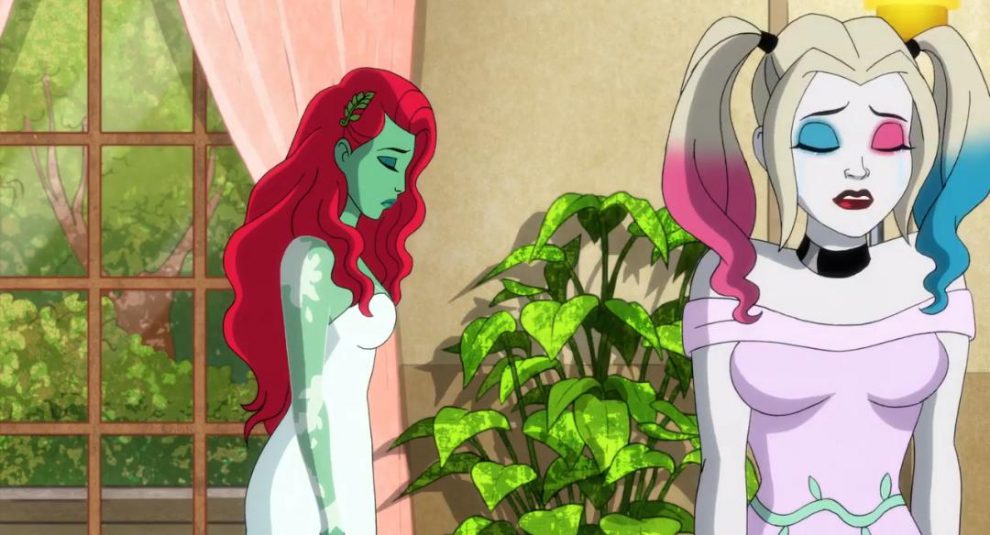 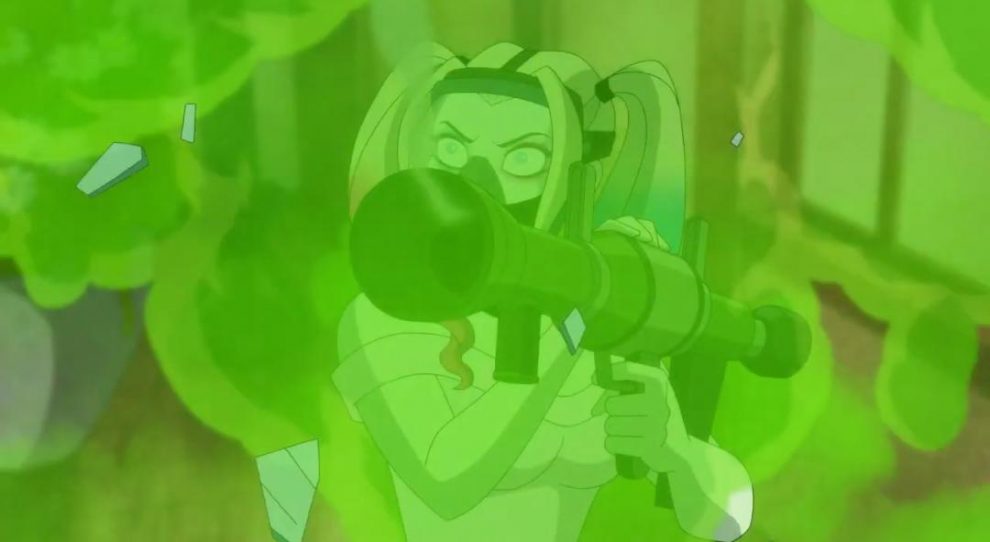 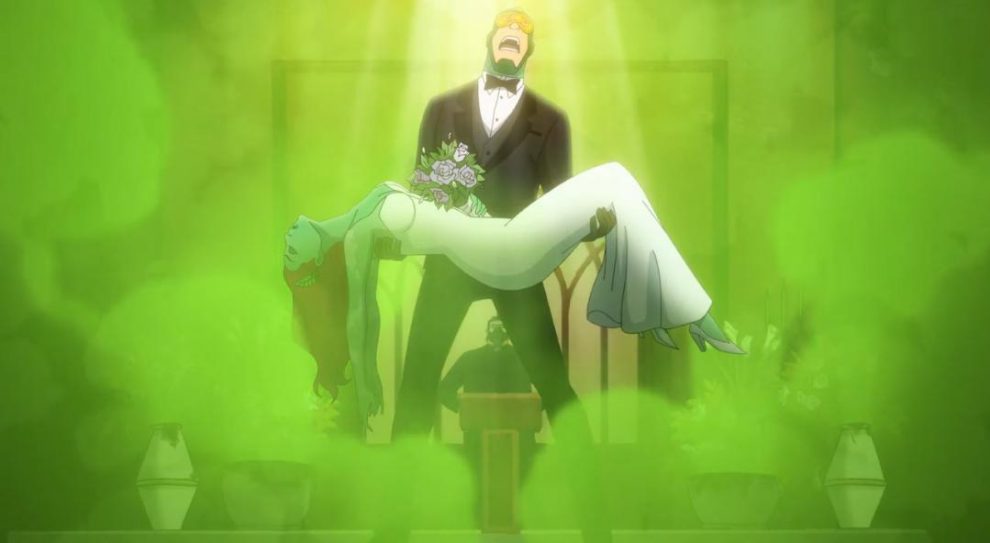 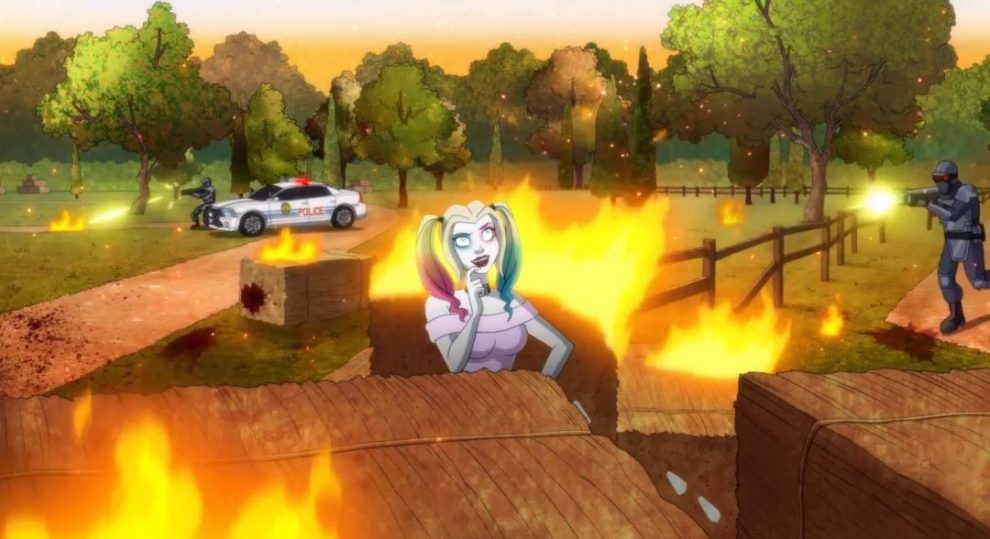 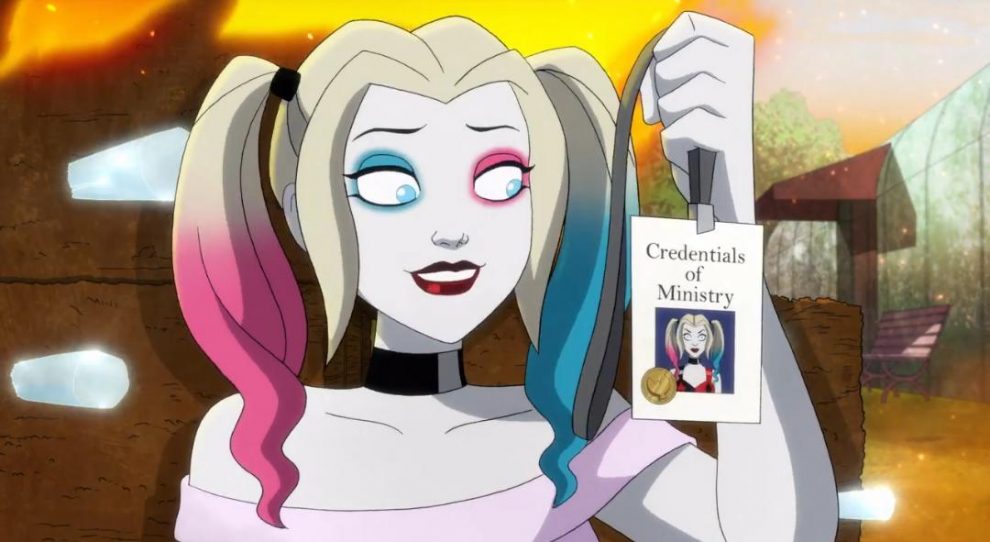 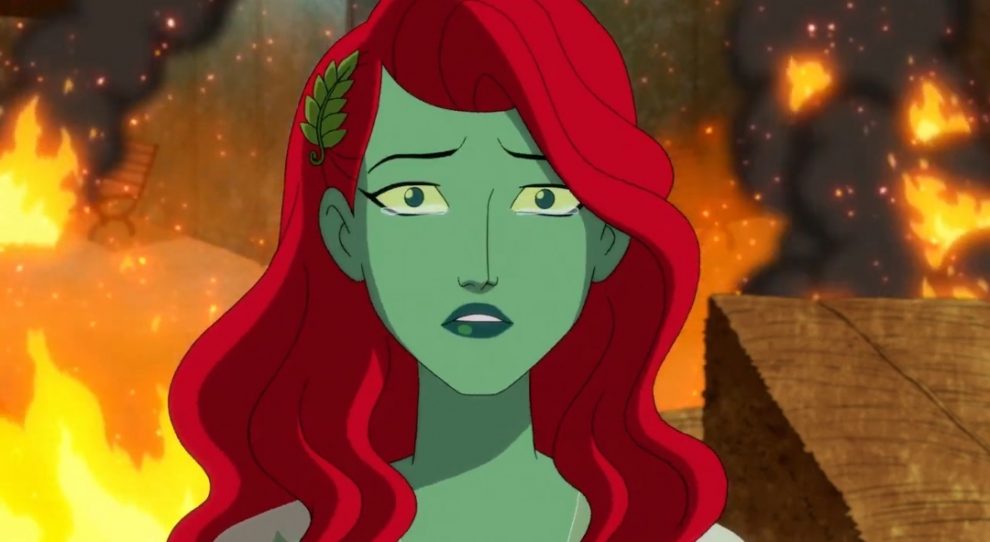 Would Smell As Sweet

The entire Harley Quinn team has given us cohesive and relatable stories this season, with each episode building on the characters and their lives. “The Runaway Bridesmaid” is an excellent jewel in the crown that is this show. The scene that touched me the most was where Kite Man makes the decision for Ivy that she can’t. It’s a situation that resonated with me, as I’ve also been fortunate enough to have had someone care enough to do the same for me.  That’s one of the things that makes this show so good. Each week my colleagues and I discuss the episodes and the writing, along with the humor and emotion that, of course, come from a place of passion and heart.

This always makes for an enjoyable experience, even in the uncomfortable raw moments that wrench your heart. The writers have never shied away from the moments that force change, and show all the facets that totally humanize these weird and wonderful characters. This season gave us all of that… and then some. The voice cast has made these characters their own and, honestly, I’m unsure I could ever not hear Kaley Cuoco or Lake Bell as Harley and Ivy, moving forward. The rest of the crew, too.

“The Runaway Bridesmaid” delivered a satisfying conclusion to Harley Quinn Season 2. While, yes, the show’s come to an end, there’s still hope for a Season 3. If I’m totally honest, though, I’d be happy to leave the story where it is. Granted, yes I want more… much, much more, but they’ve closed up all the major plot points, and left everything in a really good place.

There have been moments of laughter and tears, joy, and heartbreak. This season left me crying with emotion as much as with laughter. Kudos. Brava! Thank you to each member of the team who helped bring this beautiful show to life, and here’s to a season 3! I give yet another 10/10, not only for the episode but to the series as a whole!

What are your thoughts for Season 2 fellow viewers? Let us know your most memorable scenes in the comments below, and I will – hopefully – see you next time!