Would The Real Captain Marvel, Please Stand Up? 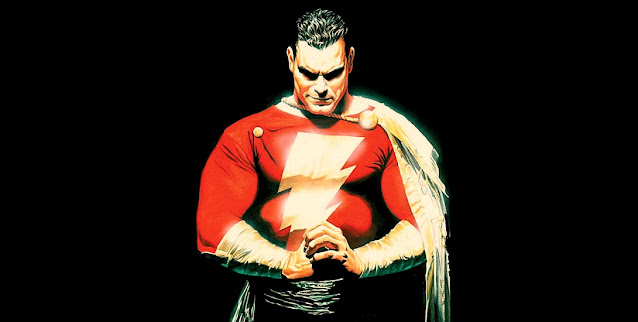 Way before Prince became ‘the artist formerly known as’, the comics world had it’s very own enigma with a bit of an identity crisis. Captain Marvel made his debut in Whiz Comics #2, late in 1939 (cover date Feb 1940) and was created by writer Bill Parker and artist Charles Clarence Beck, although Fawcett Comics' Editor Ralph Daigh had a big hand with insisting that six proposed characters could be combined into a single Captain Thunder!! Oh wait, that was being used already, Captain Marvellous!! No, too long. What about... ? 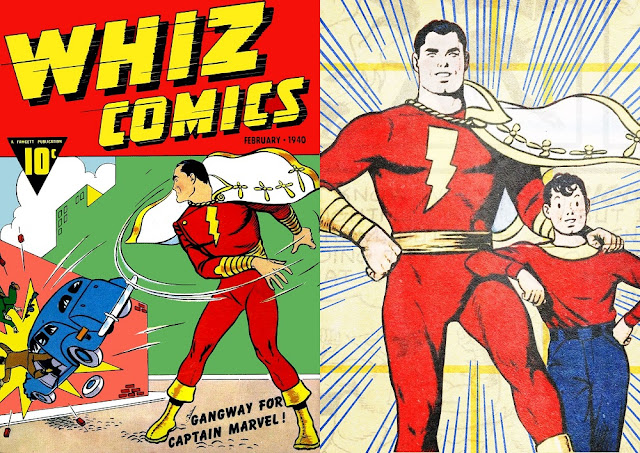 In the opening issue, readers were introduced to a 12-year-old Billy Batson, who, when he called the name of the wizard ‘SHAZAM’, was transformed into superhero, Captain Marvel!

Gaining the wisdom of Solomon, the strength of Hercules, the stamina of Atlas, the power of Zeus, the courage of Achilles, and the speed of Mercury, the larger than life superhero captured reader’s imaginations, and they flocked to make him one of the most popular golden age characters. His comics even outsold the adventures of a certain Man of Steel..

After a long and drawn out copyright case with National Comics Publications (now DC Comics), Fawcett agreed to stop publishing Captain Marvel (as well as the wider Marvel family and associated characters) in 1953. They closed down their comics division, and paid damages to National, even though they never actually lost the copyright infringement case. Apparently he was "too much like Superman". 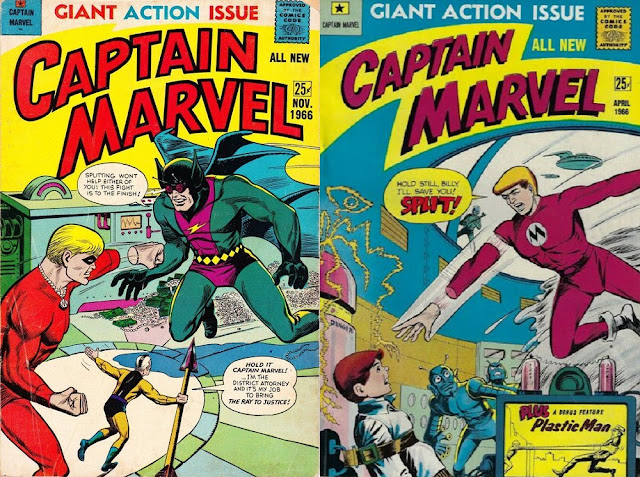 With the decline in popularity of superheroes post-second World War, Fawcett decided not to draw things out any further. So, ignoring the UK’s Marvelman character, and a sneaky cameo in a National comic, Captain Marvel and Billy Batson lay dormant for a couple of decades, until National licensed the use of the character in 1972. 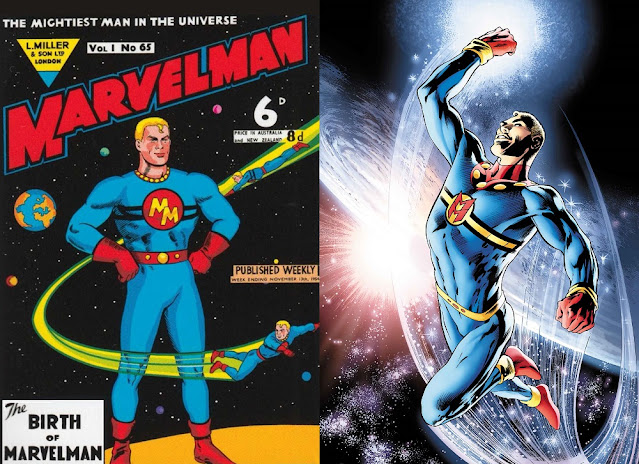 During this time, the name of Captain Marvel had been opportunistically trademarked by Marvel Comics, after initially being used by M.F. Enterprises for their own completely unrelated character, so National were forced to call their 1972 comics publications SHAZAM! 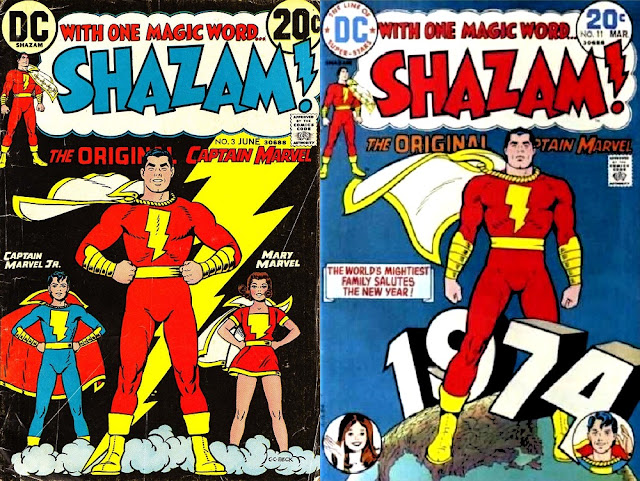 It's around this time when people started to identify Billy Batson’s alter-ego as SHAZAM, rather than Captain Marvel, though it would be almost another 40 years before DC would change his name formally, as part of their "New 52" relaunch in 2011. 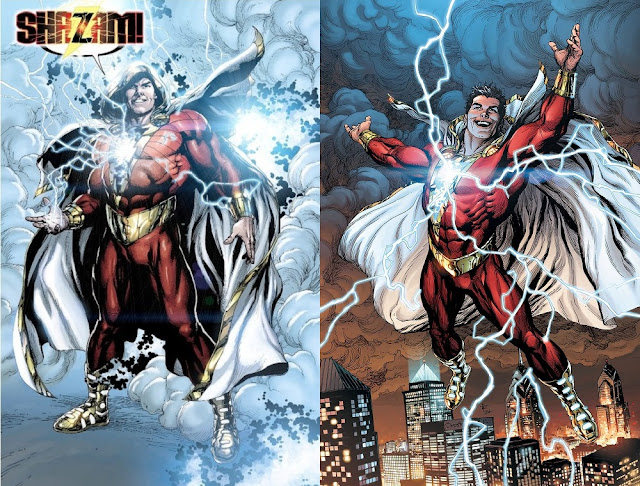 Shortly after his resurgence in the comics, Filmation produced a live-action Saturday morning kids TV series featuring Billy and the big red cheese. As part of the show, Billy and Mentor (a made for TV character) travelled around the country in a Winnebago to help people and fight evil wherever they found it. The series ran from 1974 to 1976 and, although it doesn't hold the same fondness in general geek fandom as the 1960's Batman, the episodes do have a certain charm to them. 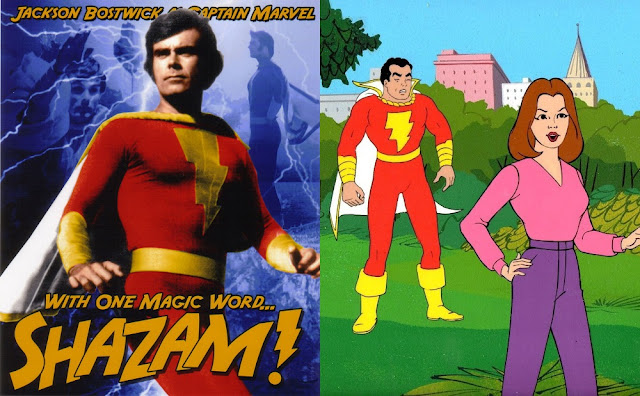 The writing and dialogue, the school play level acting, the hokey costumes, and special effects should really see this consigned to the archives. But, even today, I find the series captivating, and even my 9-year-old son sat down to watch with me... which doesn't often happen with the more dated material that I hold dear.

There's a naivety and wholesomeness this series brings, which makes it hard to resist the joy you'll be filled with when watching it.

Both this series and Filmation's follow up 1981 animated feature, The Kid Super Power Hour with SHAZAM!, helped to bring the original Captain Marvel back to the public consciousness for a whole new generation of fans. 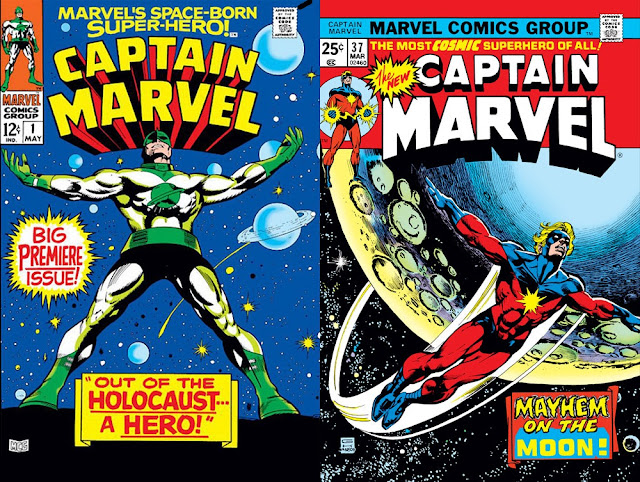 Many fictional characters have a creation story that's less certain than we’d like it to be. With comics being such a collaborative medium, it’s more debatable than most if we want to identify just one or two people, but I do find the story of ‘Captain Marvel’ and SHAZAM absolutely fascinating. 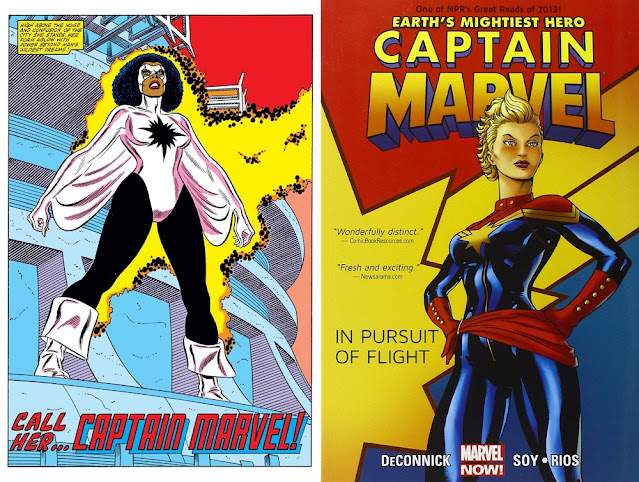 I remember playing with my SHAZAM toy as a kid, and loving the cartoons that graced our screens in the UK, during the early 1980s, but I can’t help but feel that the superhero SHAZAM, formerly known as Captain Marvel, still has untapped potential, enough to earn him a seat at the top table of A-list comic-based characters.

Although some may say that the he's dated, or doesn’t hold up to the modern-day infatuation with the new anti-heroes, I must respectfully disagree. I do like my anti-heroes as well, but there also has to be room in this world for the wide-eyed wonder, wish-fulfillment, and escapism that the original Captain Marvel provides. And from the overwhelmingly positive response to the 2019 Shazam! movie along with Zachary Levi 's portrayal, I think there are a lot of people who think the same. So the only question remaining is, won't the real Captain Marvel please stand up? Please stand up?