When DC comics laid off so many of their staff the other day, I was devastated*. Another little piece of joy taken away, more fantastic creative people losing their jobs, another big conglomerate stripping creativity for parts then crushing the scrap, and a much reduced chance that my proposed ‘Ambush Bug VS Plastic Man’ crossover mini-series script would ever be approved. It goes without saying, but 2020 is as bad as the Marvel Swimsuit comics from the early 1990s.

Social media being what it is, (that is to say a huge purple monster, hell bent on sucking the joy out of life, spreading division and destroying Metropolis,) has given DC comics a bit of a kicking over the last decade or so. Never quite seen to be as hip and cool as Marvel, DC rebooted with their "Rebirth" in 2016, which saw the original comic book line return to its roots.

Many said this was just a cynical ploy to shore up its fanbase, and claw back its original, alienated audience, largely because that’s exactly what it was. Still, out of the Rebirth came some remarkable comics; Superman was great again, Batman became experimental and subversive, and we got a trippy take on Green Lantern - set entirely in an old issue of an issue of 2000AD from 1983.

There’s an actual good series starring Jimmy Olsen, the sparky joy of the Wonder Comics line, not to mention the outstanding Mr Miracle series... and hey, Doomsday clock wasn't my particular jam, but it may well have been your favourites. Each to their own... 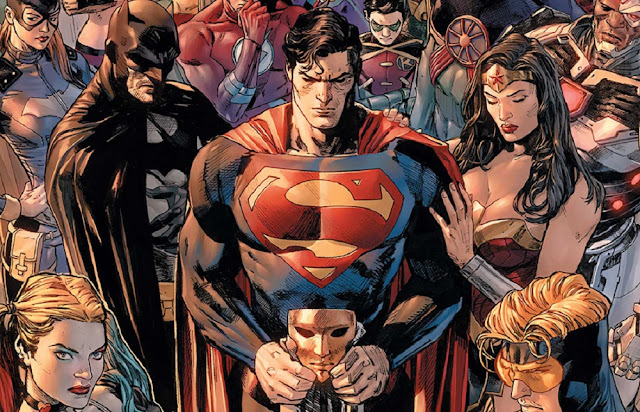 Over the last couple of years, DC branched out further, adding diverse YA books and more Black label ‘Batman says f@(#’ adult comics to their publishing arm. They threw everything at the wall in a slightly haphazard, but incredibly creative way, sometimes to great effect.

Yet still somehow people found a way to grumble, some finding more DC comics to hate than to love. These are the sort of people who would find a way to complain even if the latest Superhero comic was based entirely on them and came with a free gold bar with every issue. It’s seems impossible to just ignore things that you actively dislike, and enjoy the things you do these days. Just another reminder that I'm middle aged, and out of touch with modern cynicism. My curmudgeonly, Statler and Waldorf style* misanthropy is positively charming, compared to the snarking snipers, and lurking Comicsgate Parademons.

As everybody who reads them knows, comics have always been a bit of a mess, a cultural runt of the litter. Even now, when comic book stories and characters drive popular culture; when most people look to the stars, the Superhero's pocket universes stay just out of sight. Now, after so many reboots and restarts, it seems that some of them might well be doomed. As much as I’d never choose such an awful fate for my beloved heroes  - taken down by the rotten husk of capitalism- I still have faith that maybe the next reboot of comics culture will be better.

As large corporations take over like monolithic Galactus***, we still have one powerful weapon against them. We can ignore them. Because most of the amazing people who leave DC or Marvel won’t go away, they wont stop creating, and the new things they make, free from the shackles of huge corporations, might be amazing. 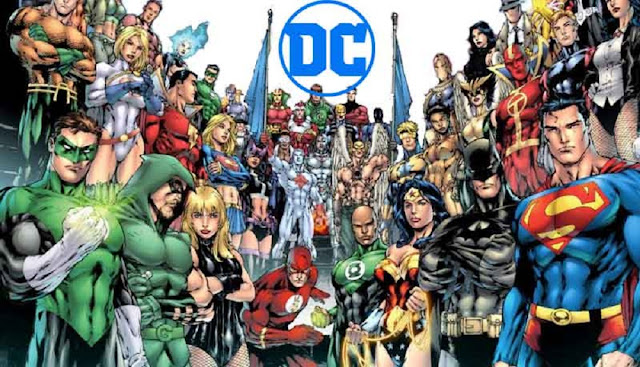 I’m not making light of anyone’s plight here, and the tragedy that it’s been made ever harder for creative people to make a living doing what they love is bloody awful. Not to mention our beloved and battered comic shop owners, the well-equipped Batcaves that keep our heroes patched up and ready to keep fighting. However, those who do find ways to make it through or team up together to create new things - those people could revolutionise culture. The best part of this? Its entirely up to us to make it happen.

We can shape the engines that dictate cultural taste, and we can do It in a new way, by using new methods to support creative endeavours. We don’t need to spend more money, just use the last weapons available to us in late stage capitalism, our attention. Less bitching about what’s gone, and more nurturing the seeds of new, independent movements.

We need to embrace whatever peculiar shapes our new comics have been forced to take, because of pandemics and politics. Art thrives in a time of upheaval, and you don’t have to worry about creating great art during this peculiar time, because loads of other people are. Support them and you’re supporting yourself, and your culture. Whether they be comics, podcasts, live music, performers, theatre, DJs, festivals or writers.

Out in the real world, far away from the sparkling utopia of Superheroes, we're awash with terrible news and confusion. Each day we're confronted by a torrent of awful stuff, that we can have no immediate effect on as individuals. However, it's in our power to take care of ourselves, and our friends, and it’s always possible to create something new. This tiny corner of the arts is ours for the taking, to be nurtured like a single bloom in a post apocalyptic cartoon.

Culture is the one thing that we can actively leave a little bit better than how we found it. 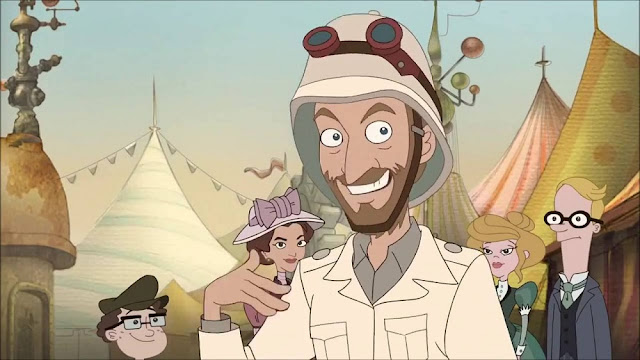 Professor Elemental is currently working hard on his Ambush Bug vs Plastic Man script, safe in the knowledge that he could just make it himself and self-publish for a laugh if he wants to****.

* I know loads of things that are worse are happening, but this is a column about this one thing. If this particular thing is of no interest, please go and put the kettle on, and have a biscuit

Statler: Hey Waldorf, what do you think of the column so far?

Waldorf: Column? This reads more like a cry for help!

*** Yeah I know Galactus is a Marvel character, I’m not a goddamn amateur. Jesus!

What? No. YOU shut up. Argh... sorry, I just get really excited when I talk about comics. Sorry. Look. Do you want to read my pitch for Ambush Bug vs Plastic Man’? Oh... right. No, No worries... sure.

****Other times he is on Patreon, pretending to review horses and making songs to take your mind off things, find him here, or here (where you can also find some of his very own splendid comics). 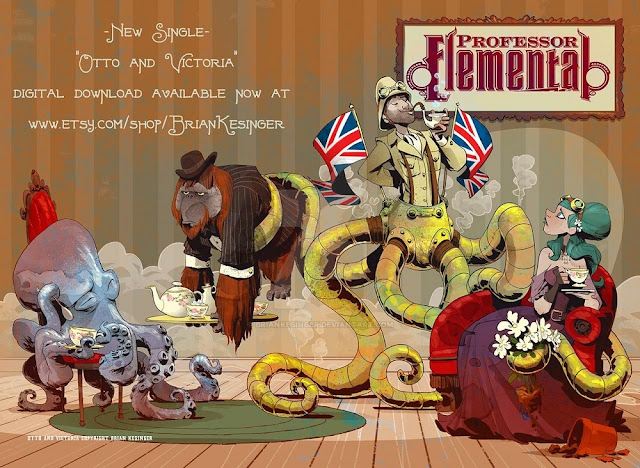