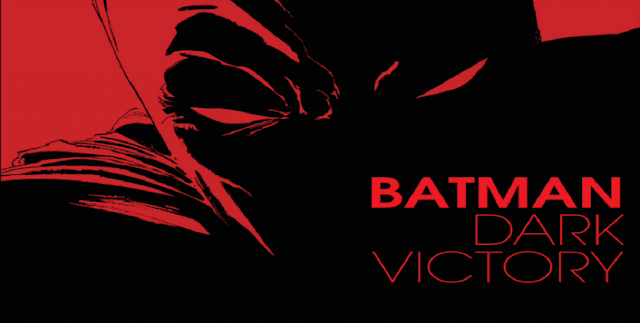 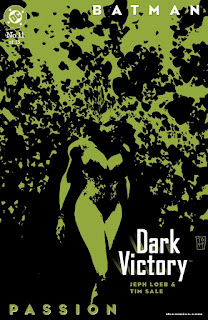 Dark Victory: Passion ups the stakes for Batman and the cast, and answers many questions that readers have been wondering about for a long while.

‘I believe in Harvey Dent’

Passion opens with DA Janice Porter telling an imprisoned Two-Face to prepare for his trial. Porter asks him to reconsider representing himself, but Two-Face just tells her to bring all the evidence against him. Interestingly, when Two-Face baits Porter for being afraid of going against him in court, she responds, “I believe in Harvey Dent.”

The line is a clear callback to The Long Halloween, however, in TLH it was used as a statement of hope. Here, the meaning is more complicated and could have multiple interpretations. Given that Porter is secretly in cahoots with Two-Face, it could simply mean that she probably believes that he can exonerate himself.

A more complex interpretation could be that she believes that this prosecution can reform him, making him revert back to Harvey Dent. Future chapters will reveal that Porter is having an affair with Two-Face, because she had been initially infatuated with Harvey Dent in the past.  The truth is that she’s attracted to Dent, not Two-Face. Porter wants to believe that Dent is still in there somewhere. “I believe in Harvey Dent” is still a statement of hope, but twisted. Once again, Two-Face and Dent’s duality personifies complication.

While Batman interrogates the Maroni brothers, Dick Grayson muses about being Batman’s partner. Alfred is quick to remind the boy that the Dark Knight is helping him train to avenge his parents’ murders, but nothing more. Despite their age difference, Batman understands Dick needs closure for the Graysons’ deaths, which is something he never got when his parents were killed. 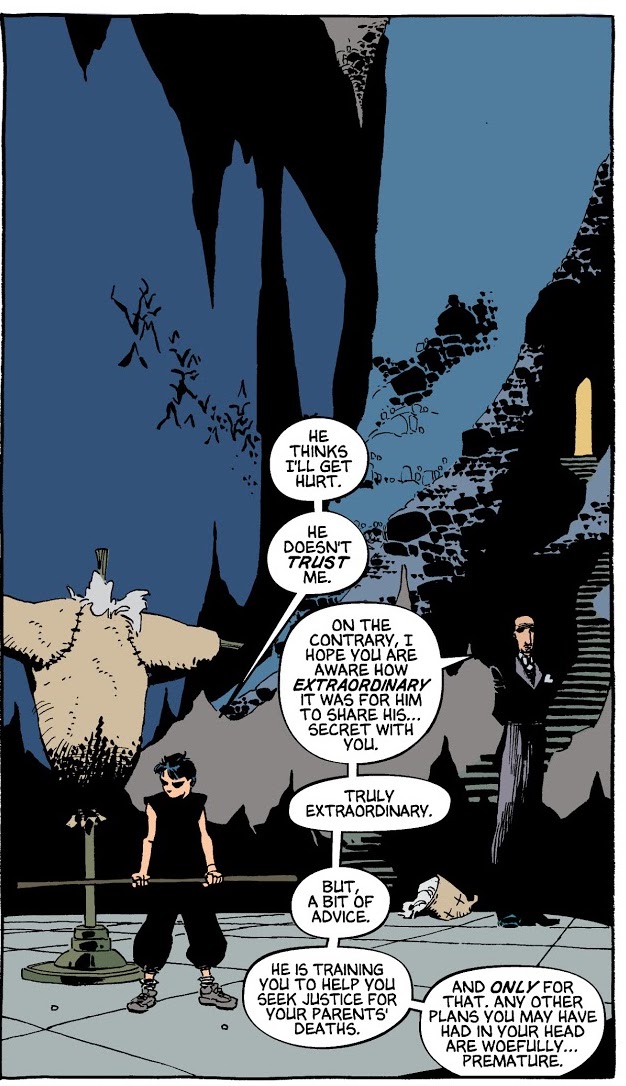 Dick receives closure in more ways than one. Batman tracks down Anthony Zucco, who flees the scene, but Dick comes to confront Zucco, who then collapses due to a heart attack. With his dying breath, Zucco confesses a secret to Batman: the Maroni brothers are actually twins. The implication is that the Maronis are working with Two-Face and not the Falcones.

This twist is brilliant and completely in-character for them. Why should they help the Falcones, since Alberto murdered their father?

Physically witnessing Zucco’s death frees Dick from his demons. Unlike Batman, the boy can now move past his parents’ deaths and build a new life for himself. In that way, Dick Grayson is the brightest beacon of hope.

Meanwhile, the Falcones are more fractured than ever. At the behest to his dead father’s “ghost”, Alberto dons his trademark fedora and trench coat and arms himself with his .22 pistol. The following sequence, where he spies on his sister Sofia, is an obvious callback to TLH with the 6-panel grid, followed by a splash page all in black and white. 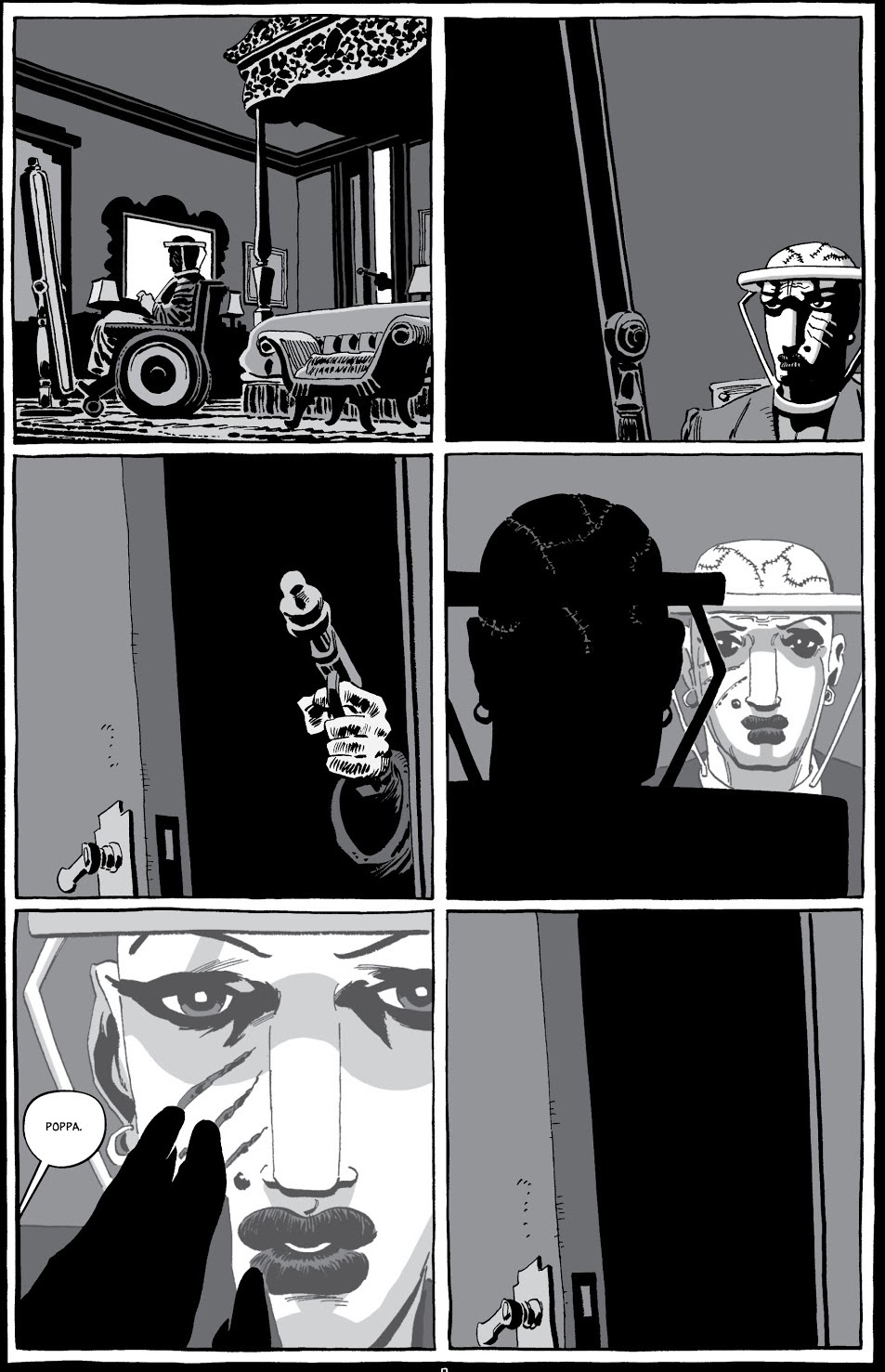 On the other side of town, Mario Falcone meets with his mysterious informant: DA Porter. She promises him protection if he dismantles the criminal elements of the Falcone empire.

Back in issue one, Sofia promised that the Falcone empire was more united than ever. Ironically, they are now all warring against one another in an effort to survive.

During Two-Face’s trial, Porter grills him on the stand, while Batman watches from a distance. Amusingly, the Dark Knight is just hanging out in on a window ledge in broad daylight, in the middle of a courtroom, yet somehow is still covered in the shadows.

However, before they get too far into the hearings, the rogues gallery bursts from the floor. Batman swiftly handles the villains, but gets overwhelmed by their coordinated attack. Still, he was fast enough to save Porter from being dragged down into the sewers.

Apparently, Two-Face allowed himself to be caught, just to be close enough to steal the evidence from Porter. A well-executed plot.

The plan goes so well that Poison Ivy tries to make a move on Two-Face. He rejects her while a picture of his wife Gilda hangs behind him. It appears there are signs of Dent’s good side still showing up, despite what Two-Face believes.

Across town, the Hangman claims another victim: Detective Laureen Wilcox. Wilcox is yet another member of Commissioner Gordon’s taskforce to be killed.

Passion is the tipping point for Dark Victory where all the plot lines start to coalesce. The reveals are logical and satisfying. The Maroni twins twist was particularly well-done and re-contextualizes the whole comic. Jeph Loeb’s writing is superb in Passion and sets up the climax wonderfully. Tim Sale’s art always speaks for itself.