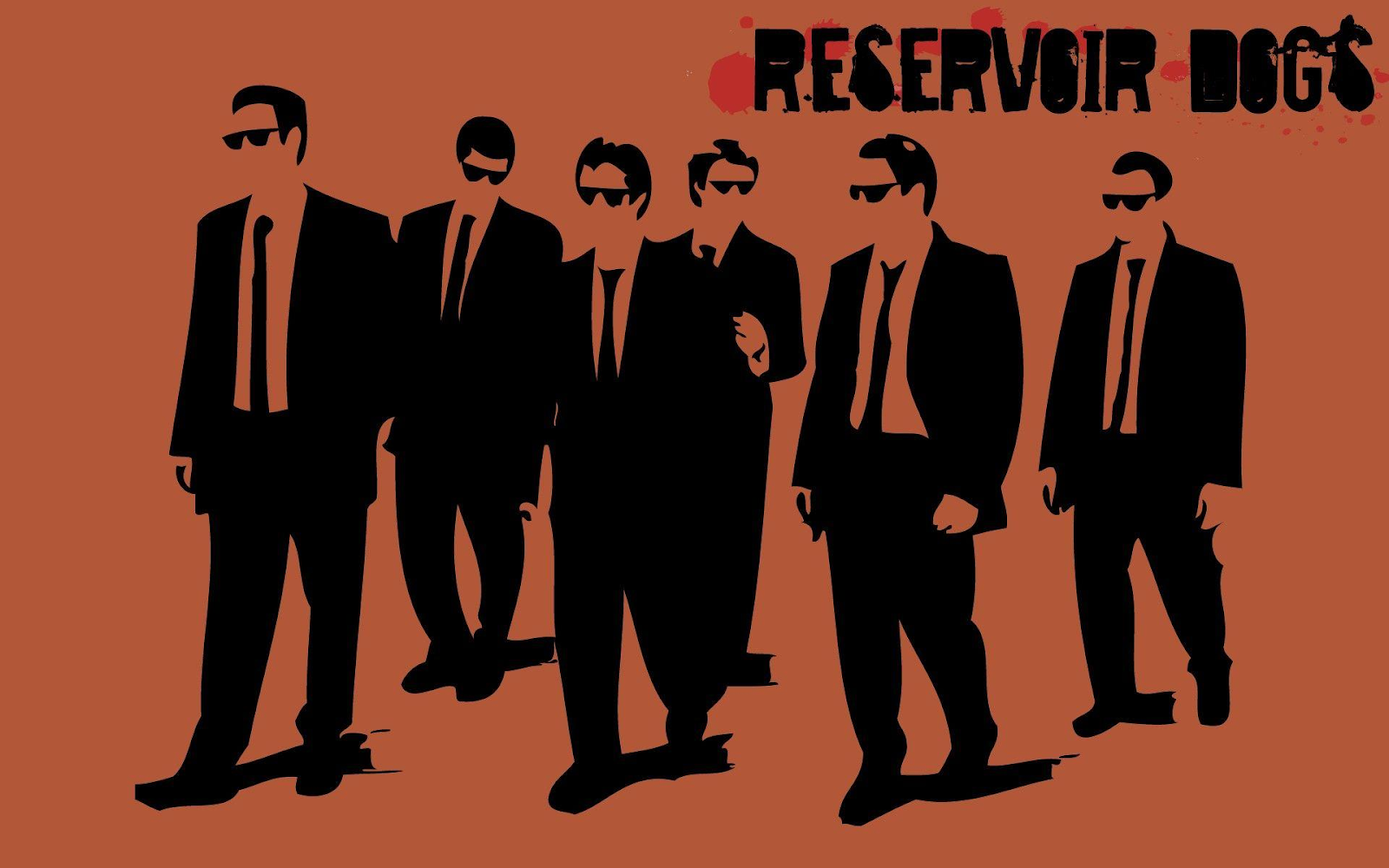 Review by Dave Horrocks
Clowns to the left of me, Joker’s to the right, here I am... stuck in the middle with you.
Actually, today I won’t be talking about the Clown Prince of Gotham, but rather about a film that not only had a profound influence on my life, but also on independent movies as a genre. The 1992 Quentin Tarantino heist movie, Reservoir Dogs. 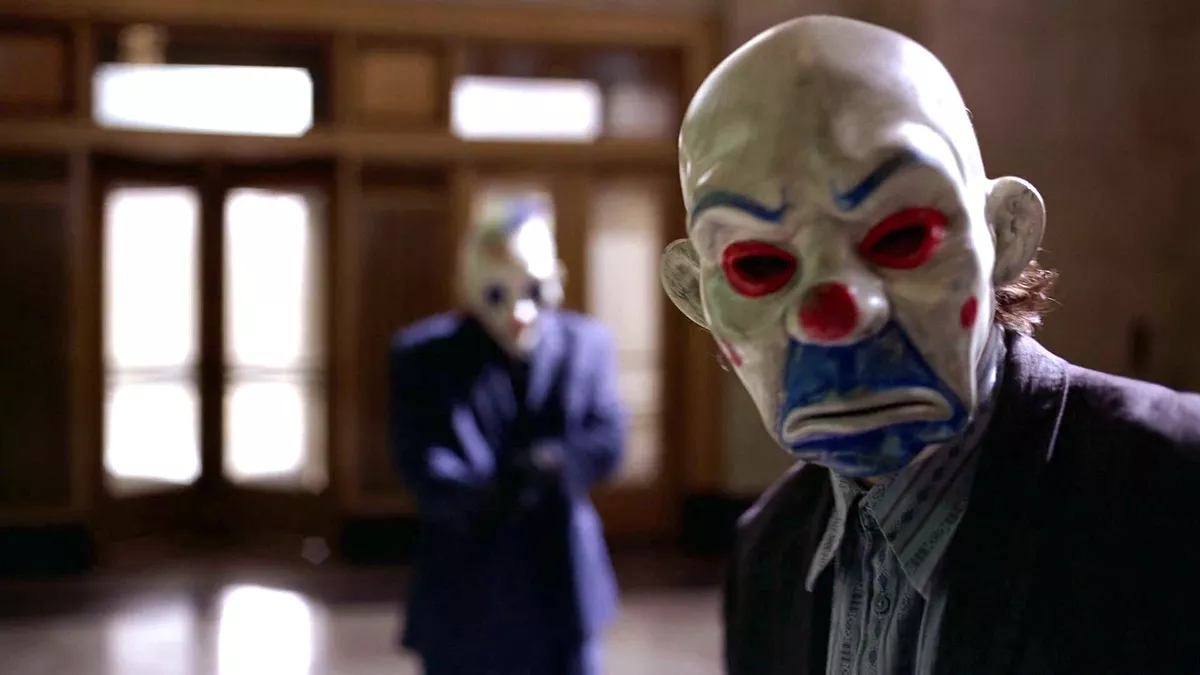 Watching for the first time
As I sat down to write about this particular movie, and what I liked about it, I found my mind wandering more to what it meant to me, at that time in my life.
For my own life journey, it seems that 1992 was more of a pivotal year than even I’d given it credit for, before sitting down to write this piece. The history books will show that Bill Clinton had been voted in president of the USA, that Denmark won the European Championship, despite not even qualifying after Yugoslavia was dissolved, and that the long and drawn out Cold War was finally declared over.
What MY history book will read in 1992, however, is that I purchased Nirvana’s Nevermind album on CD, which blew my bloody socks off! Image Comics was formed to completely revolutionise the comics industry, and the whole publisher/creator relationship. Of course, unbeknownst to me at the time, a little indie movie was released, by an unknown director named Quentin Tarantino. Reservoir Dogs.
What happened in music, comics and movies in 1992 would have a huge impact on me personally, and also the industries which I’m passionate about. 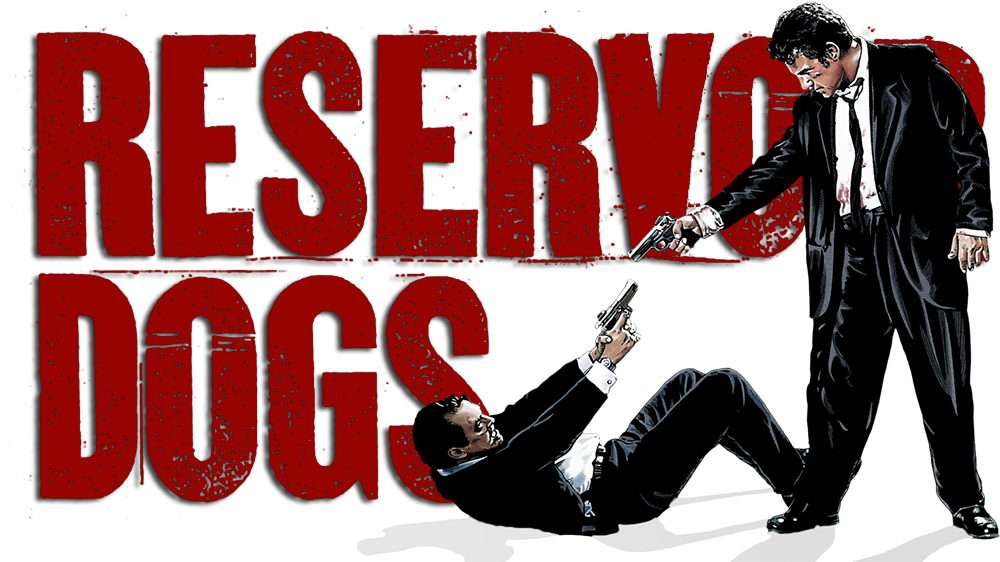 For today, I’d like to focus on this little independent heist-movie. At the time of writing, it’s a staggering 28 years since Reservoir Dogs was first shown at Cannes, and other film festivals, and many people walked out during screenings. Even horror movie-making legend Wes Craven couldn’t stomach the violence of it!!
Now, let’s face it, in the 1980s the parental responsibility around checking what your kids were watching wouldn’t stand up to today’s more rigorous standards. So, by the time I was 16/17, I’d seen plenty of gruesome horror, and violent movies of the time. A friend of mine had acquired a dodgy copy of this strangely titled movie a year after release, with its very stylish and bloody cover. The movie wasn’t granted it’s license in UK until 1995, as it was deemed too violent, the infamous torture scene, in particular. When we started watching, I couldn’t be prepared for what I saw unfolding before me. I can’t say that I understood the impact of what I was seeing straight away. Indeed, for most of the movie, I think I recall not really understanding what the hell was going on at all!?
As the story played out, and I started to understand the characters and the timeline, I became engrossed, not only during the course of the movie, for days and weeks beyond! It’s probably at this time where I started to think more deeply, and started analysing movies more than was typically ‘normal’. I mean, was “Like a Virgin” really as inspired as Mr. Brown enthusiastically explained?!? 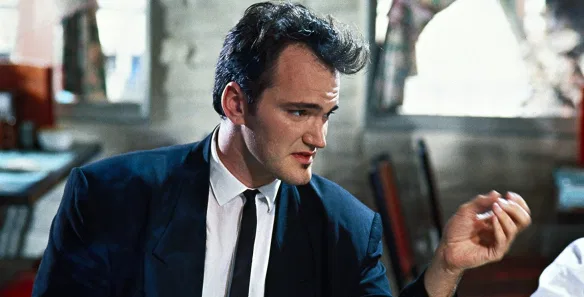 Mr. Brown, of course, is played by writer, and debut director, Quentin Tarantino himself. The characteristics of this movie would come to be the hallmarks of his career. The snappy dialogue, the pop-culture references, the violence, and, of course great music choices. One other hallmark, which I didn’t appreciate at the time, was the homages to other movies. These nods would become more prominent in his subsequent releases.
I borrowed his copy, and watched it over, and over again. Each time I’d catch a little more of the quick dialogue, and noticed how the camera moved to build up the tension in different scenes. 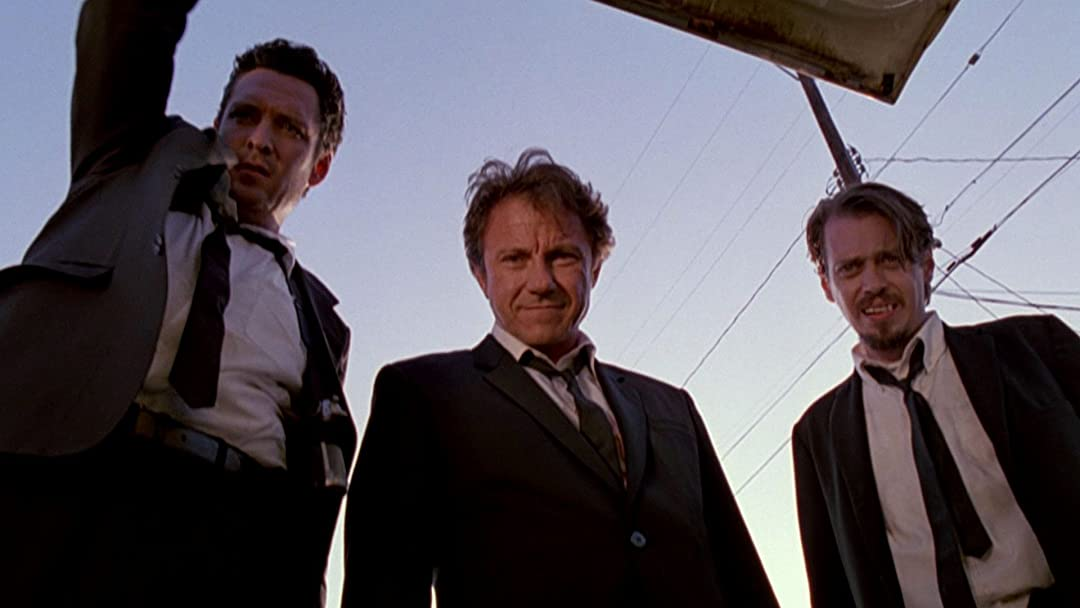 Tarantino had been writing in Hollywood for a while, and sold his script for True Romance by the time he came to direct his first movie. He’d intended to shoot Reservoir Dogs for around $30k with friends, until the script landed in the hands of Harvey Keitel, who was keen to help produce the film. With a budget of over $1M, a higher calibre of actor could be brought onboard to help bring those iconic characters to life. 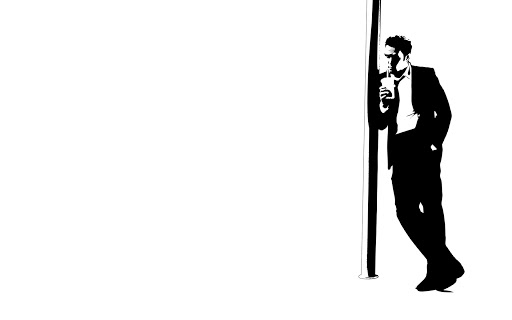 The box office return from a short release was a respectable $2.8M in the US, but there was a huge amount of buzz about this up and coming Director.
In 1994, my first year at college and when Pulp Fiction hit the cinemas in the UK, Tarantino-mania was taking hold. I couldn’t quite figure out if people had a genuine interest, or were just trying to join in with the "cool kids"? Very few I spoke to had ever heard of Reservoir Dogs, which made me suspect the latter. Regardless, you couldn’t go to a house party without seeing Pulp Fiction posters plastered all over the place. 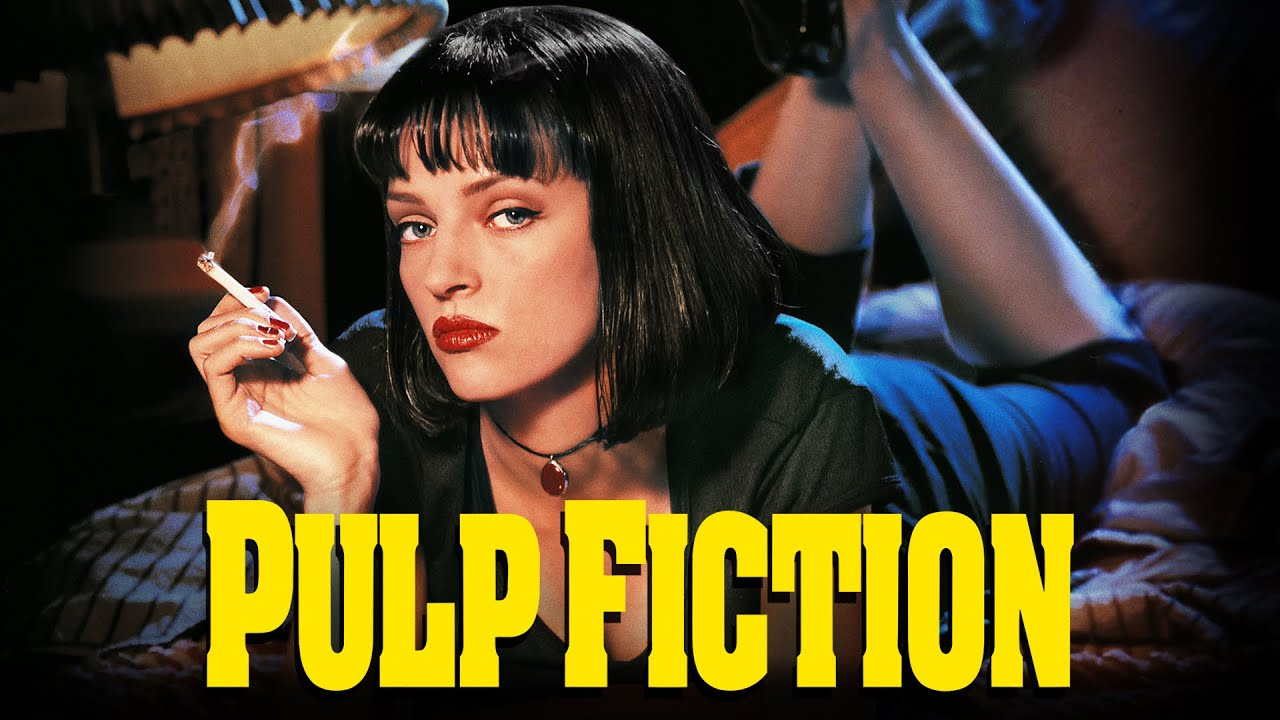 Now, I do enjoy Pulp Fiction and it's another favorite of mine. The movie clearly had a higher budget, and is all-round just generally slicker than its predecessor, but for me, I’d already received my breath of fresh air of a movie experience, and the second time around isn’t quite the same.
I’d already experienced the non-linear storytelling, the snappy dialogue, and the violence, accompanied by an awesome soundtrack. While I watched my peers salivating about Pulp Fiction, and only then discovering Reservoir Dogs afterwards, I couldn’t help but want to swim against the tide and champion the lower budget underdog. 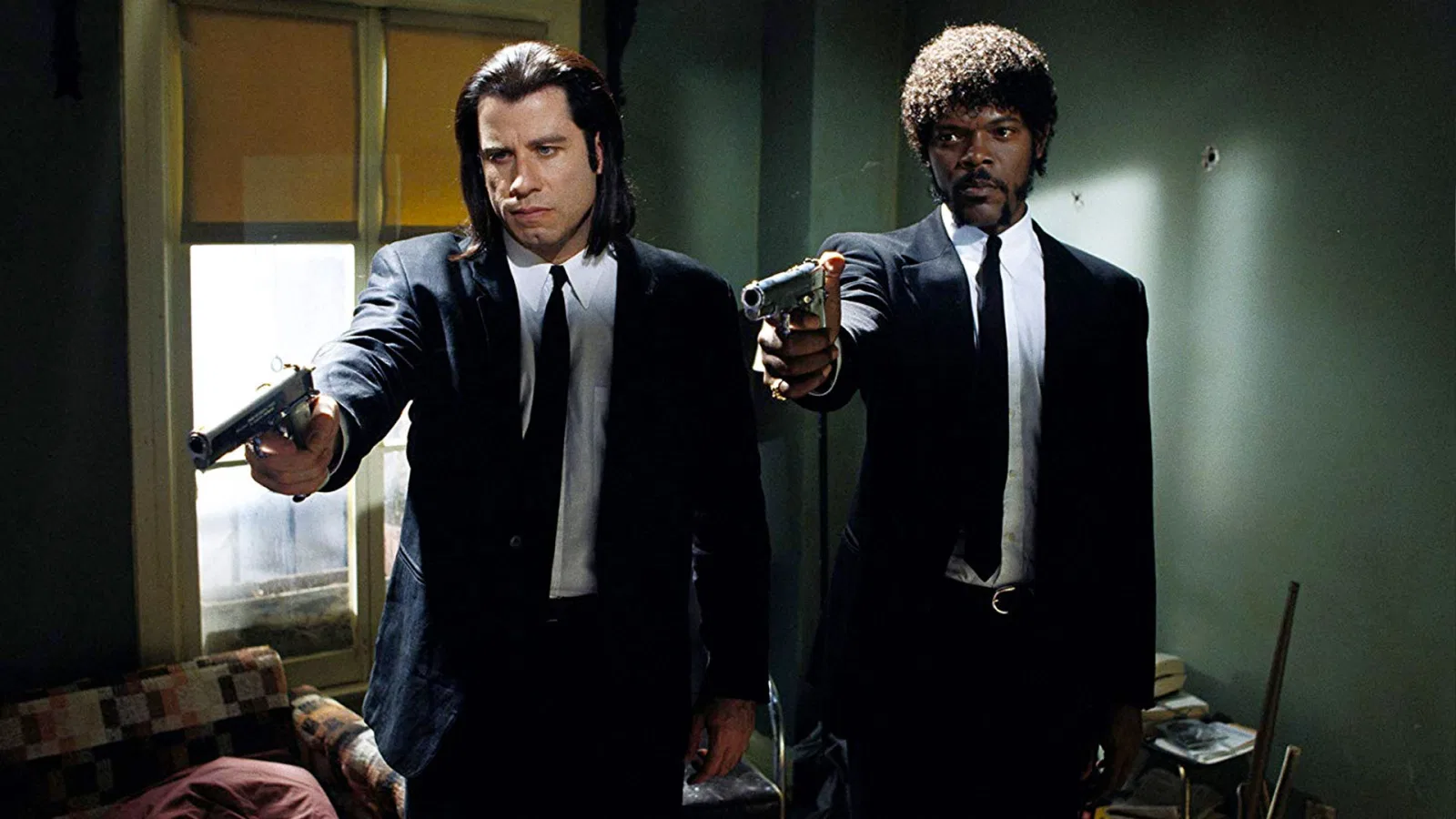 Could it be that, depending on the order that you are exposed to a Tarantino movie, this has a big influence on which will be your favorite? I’ve never quite been able to get to the bottom of that one, but think it could be akin to trying to recreate one’s, first love.
My first love for a Tarantino movie is that of a foiled heist, where we never actually witness the crime, or what really happened. Where, through many long shots and organic - and sometimes frenzied - interactions. We're brought along with the criminals as they try to unravel the mystery of what went so very wrong, and try to establish trust, when they clearly know someone has ratted them out. 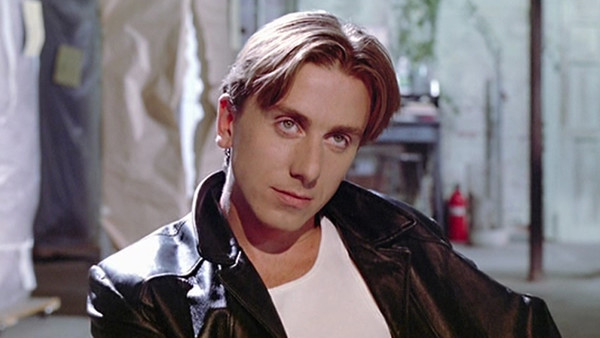 I loved how Tarantino could knit in contemporary music into the story. He made great song choices to complement what was happening on the screen, and seemingly re-introduced those songs to a new generation. I did like music from the ’60s and ’70s and, thanks to a decent music education from my Dad, thought I was fairly knowledgeable on it. Now-iconic songs like Little Green Bag, Hooked on a Feeling, and Stuck in the Middle With You had gone under my radar, quite honestly, until I saw this movie. After seeing it for the first time, however, I was hooked… no pun intended. Of course, prominent throughout are the dulcet tones of Steve Wright, playing a DJ for K-Billy’s Super Sounds of the ’70s. I remember wishing that I could have a voice as cool as his was, to help me navigate life!

As well as impacting many other young lives in the early 1990s, and rapidly becoming an influential and prominent part of pop-culture, Reservoir Dogs was a resounding critical success story for independent movies. Made with a budget of just over $1M, this movie created a huge buzz on the indie scene. It wasn’t just this movie and Tarantino, though... other indie Directors like Kevin Smith (Clerks, Mallrats), Robert Rodriguez (El Mariachi, Desperado), Danny Boyle (Trainspotting), and Spike Lee (Malcolm X), were also all really coming to the forefront of a new, and refreshing wave.  I’m sure I may write about a few of those classics in the future too. 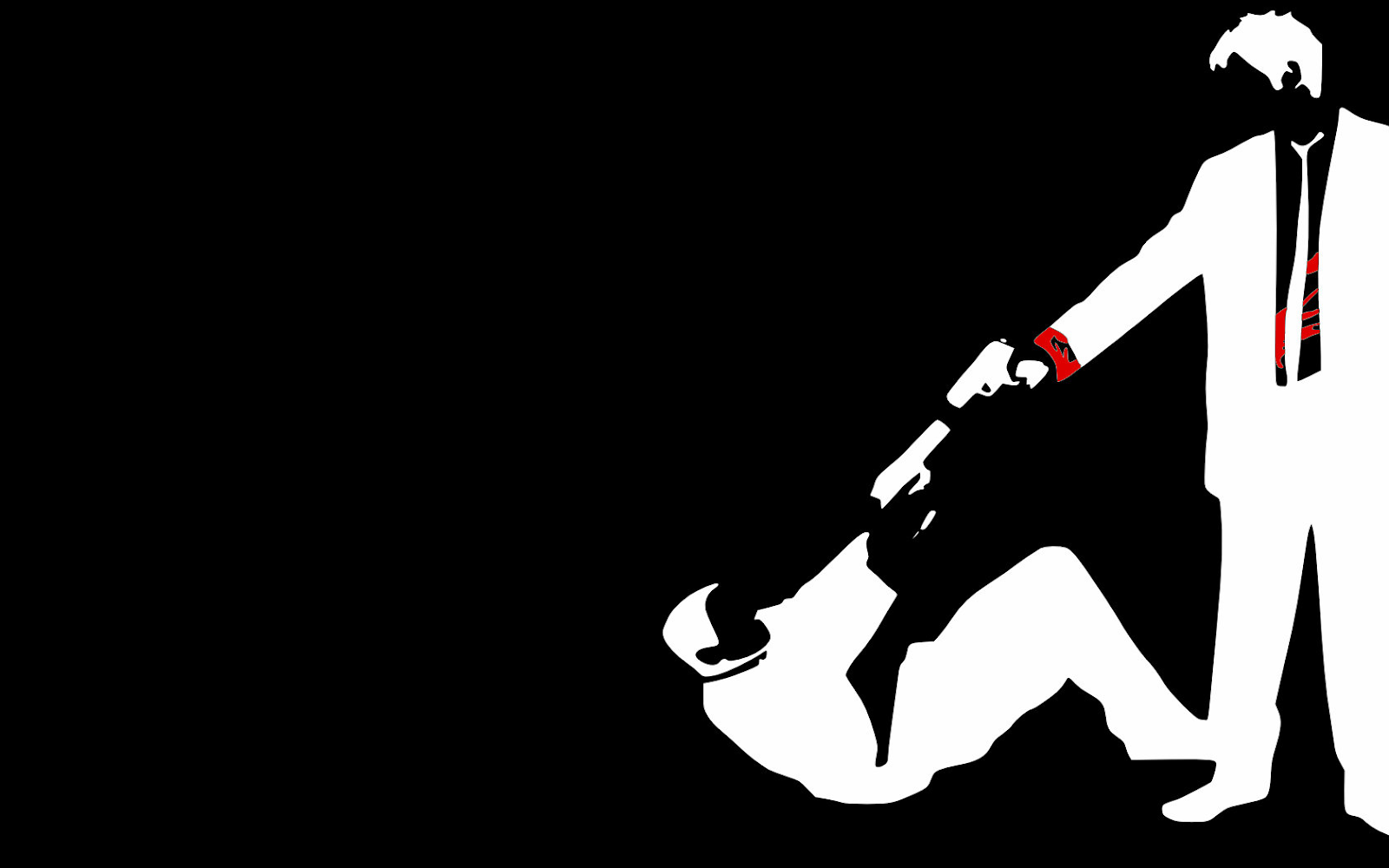 Quentin Tarantino has been one of the most influential writers and directors for almost 3 decades now. The violence and language mean that his movies aren’t to everyone’s taste,  but then, he’s never tried to write something to suit everyone. He’s directed ten movies, a figure that he always said he’d stop at. Fans of his films will rank them in different orders, and debate the reasons why. I do hope that he decides to direct more, but if the number is to remain at 10, then my favorite will always be the first one, the film that blew my mind.
Images May Be Subject To Copyright