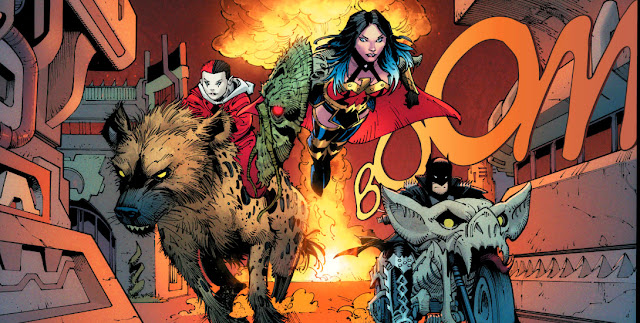 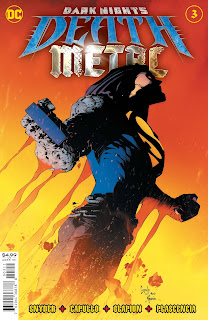 Dark Nights: Death Metal #3 is here, and so’s the Man of Steel! After two incredible issues, and one terrific special, Superman is finally gracing the pages of this excellent series. I have to say that Scott Snyder is absolutely killing it with the writing on this series. He’s creating a story that readers can enjoy all by itself, but those who have followed DC since the Rebirth, who enjoyed the original Dark Nights: Metal, The Batman Who Laughs, Snyder and Tynion’s Justice League, Doomsday Clock, and Flash Forward, will be richly rewarded for their readership.

One of my favorite moments in the book involves Batman coming face to face with his forgotten “son”. It’s a wonderful sequence, and those who, like me, were left in suspense by the closing scenes of Justice League #39 will be jumping for joy… they may even be starr jumps. Absolute magic. 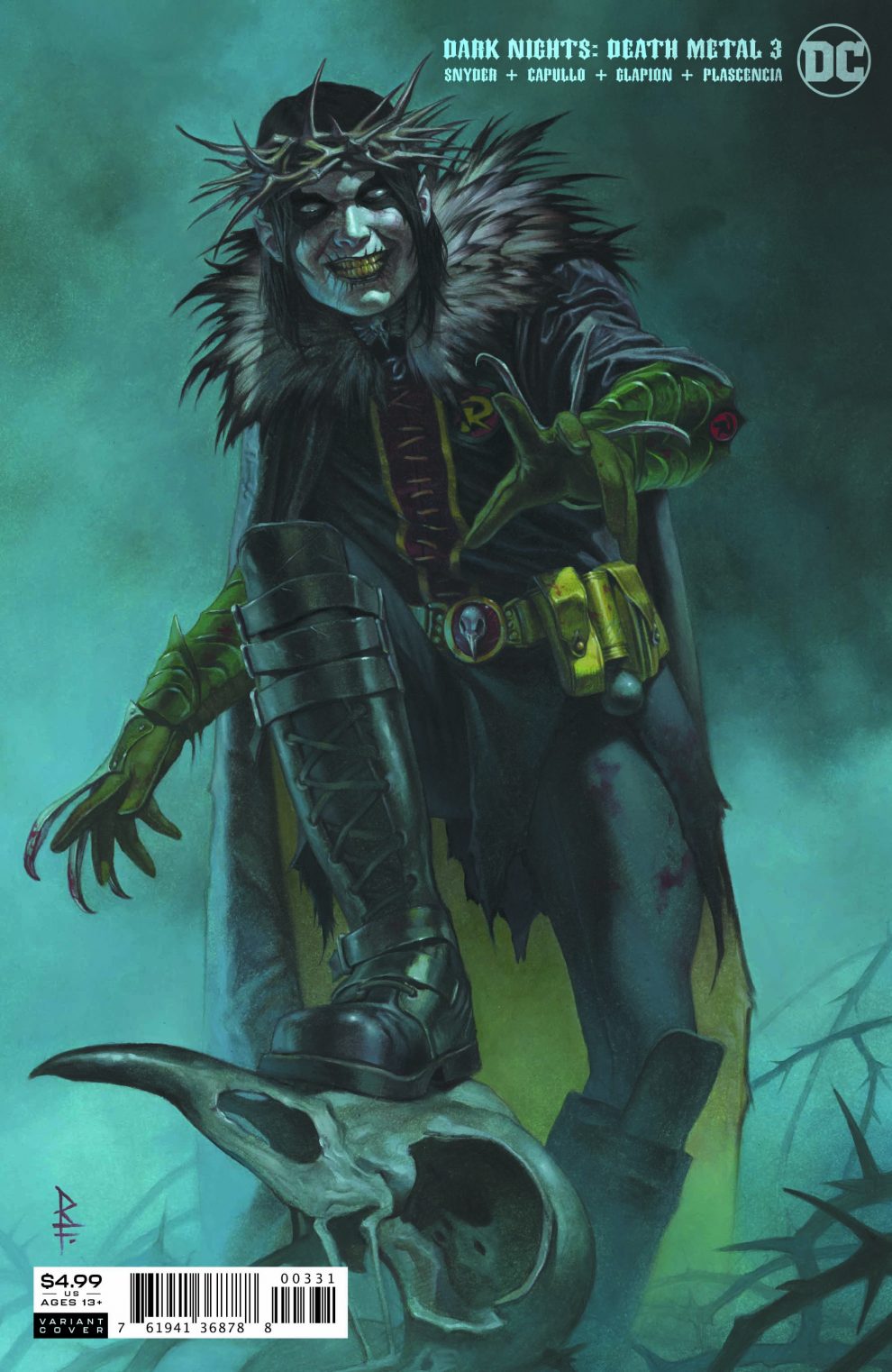 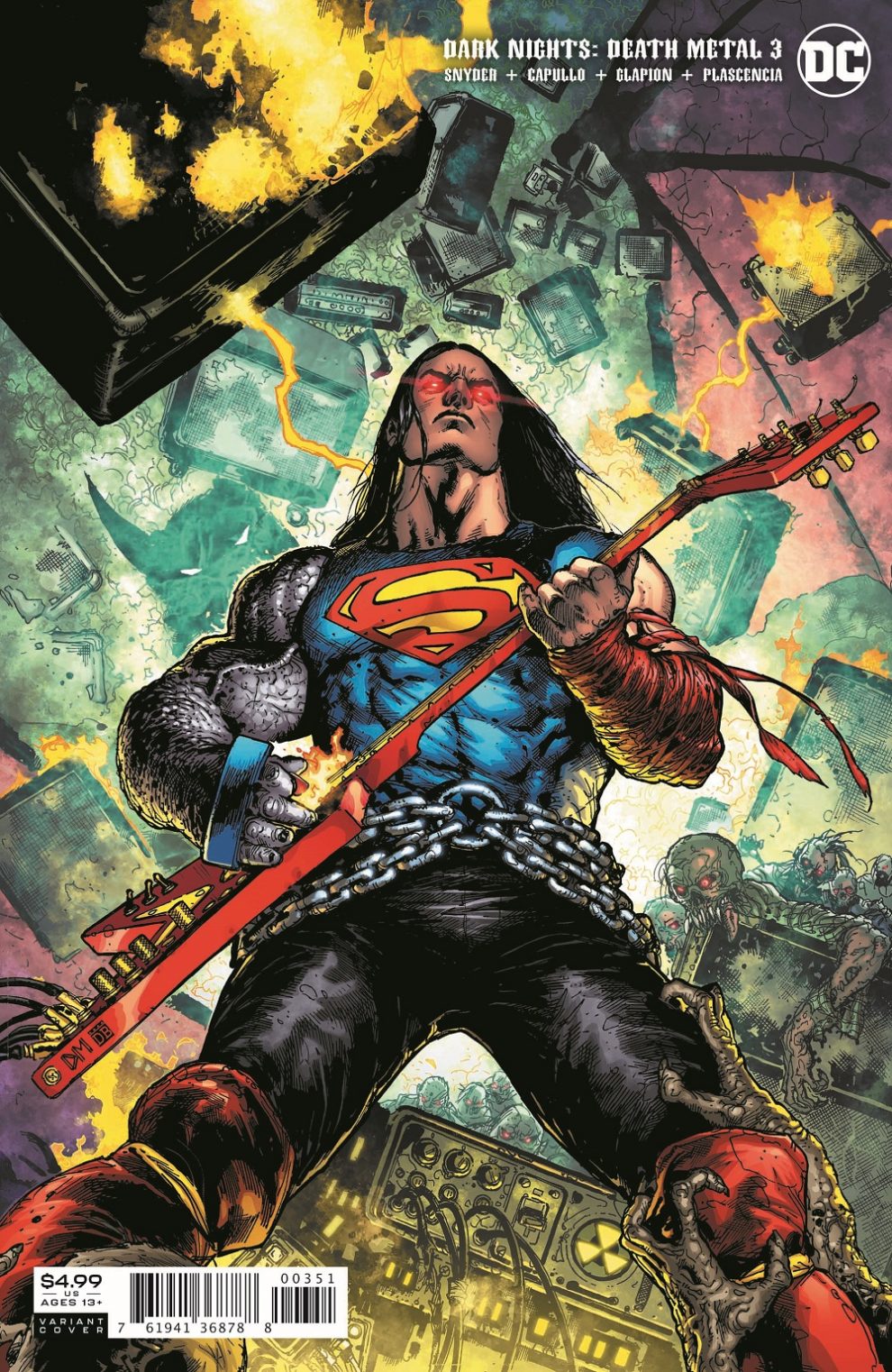 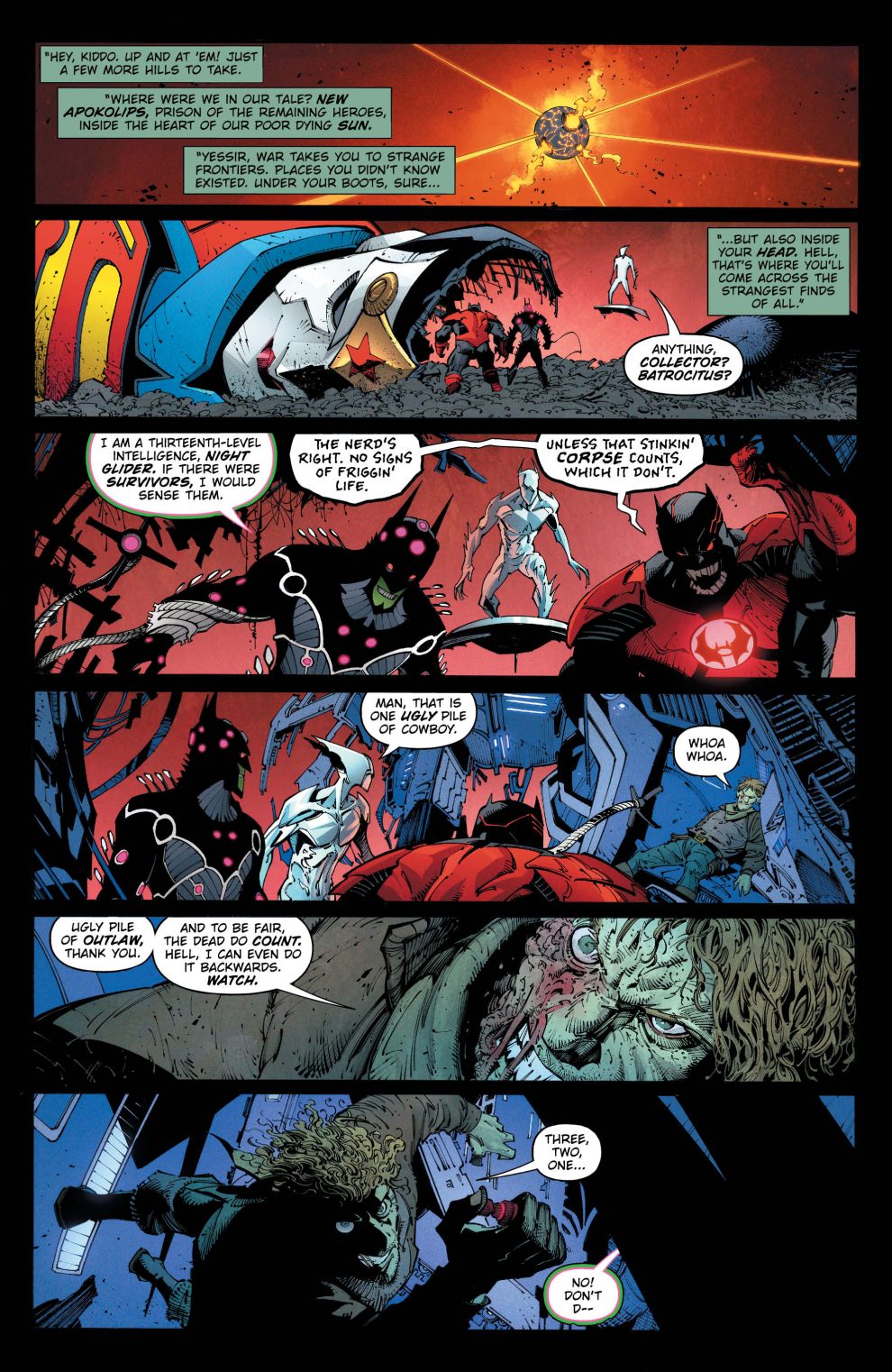 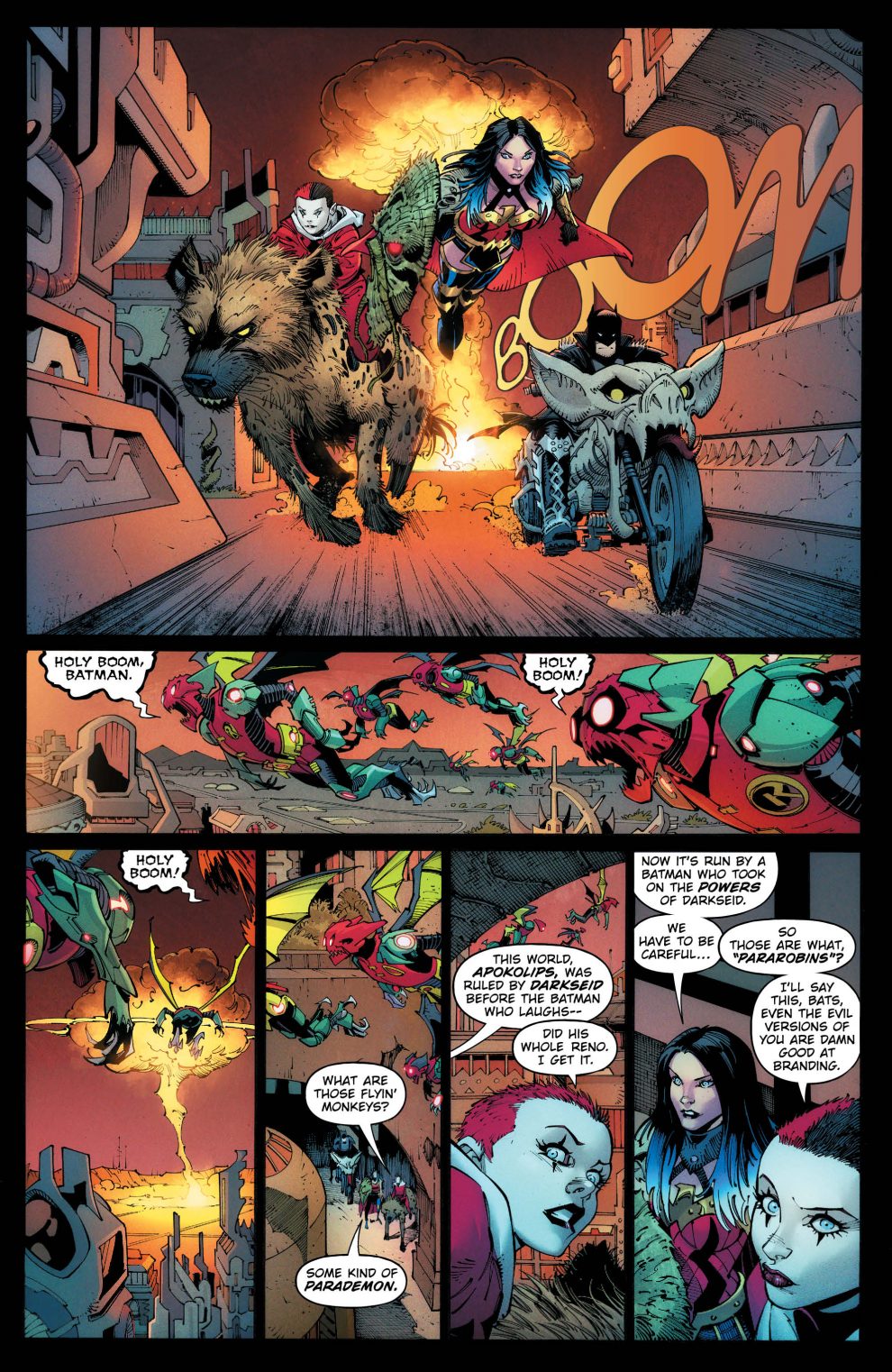 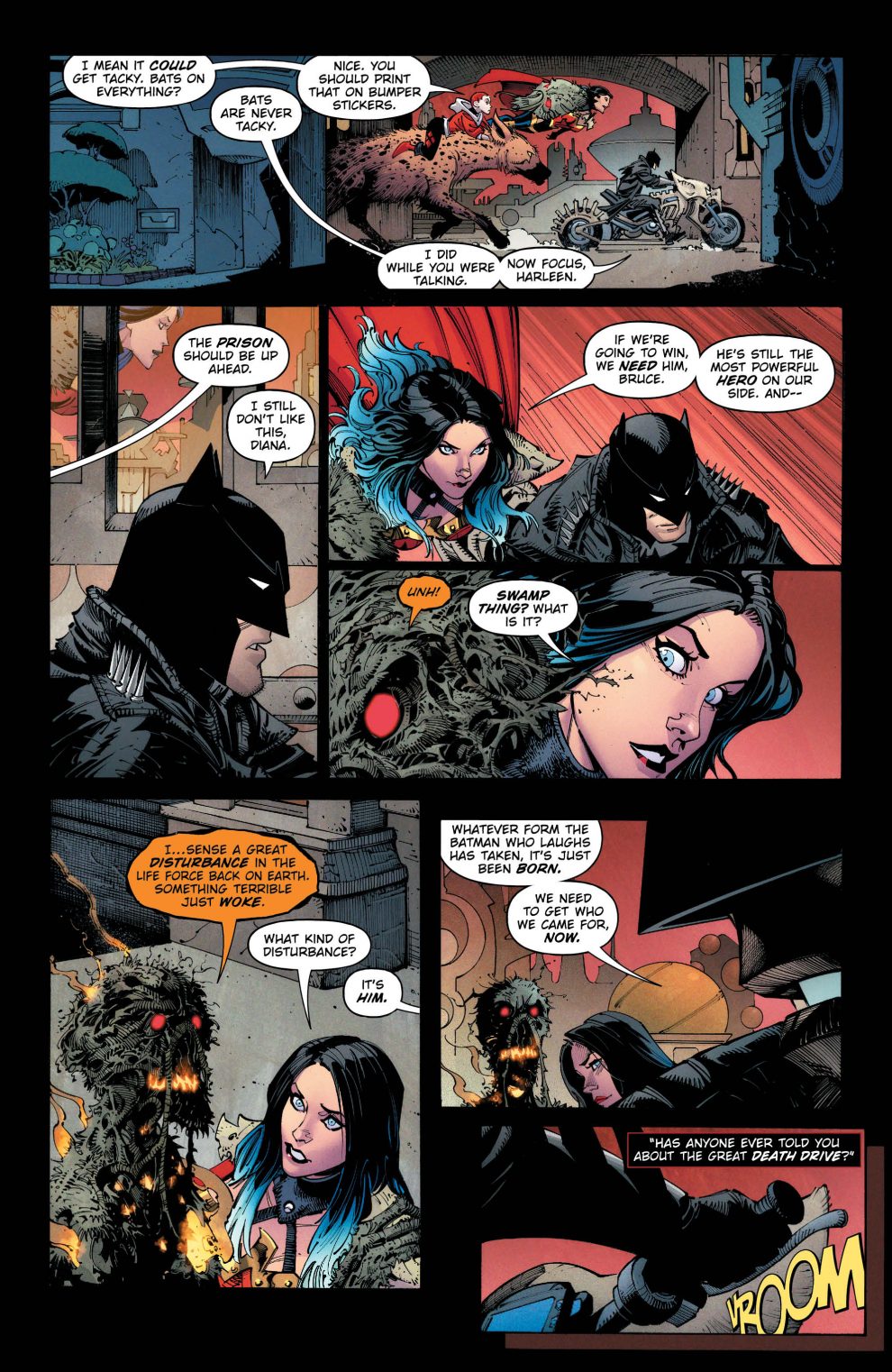 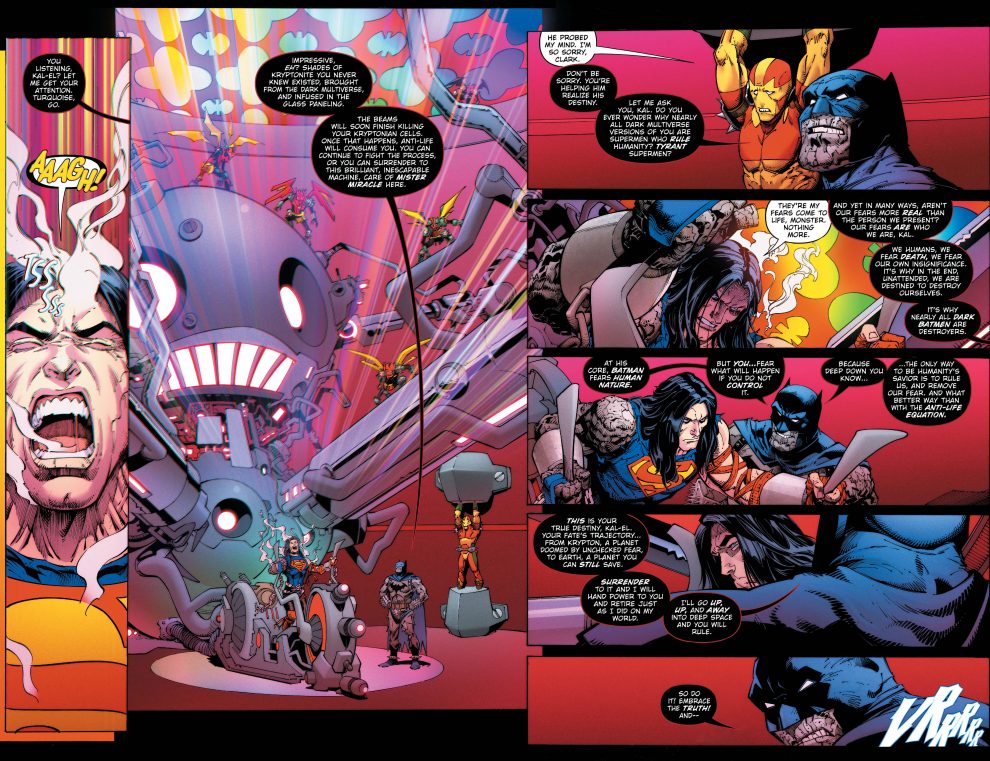 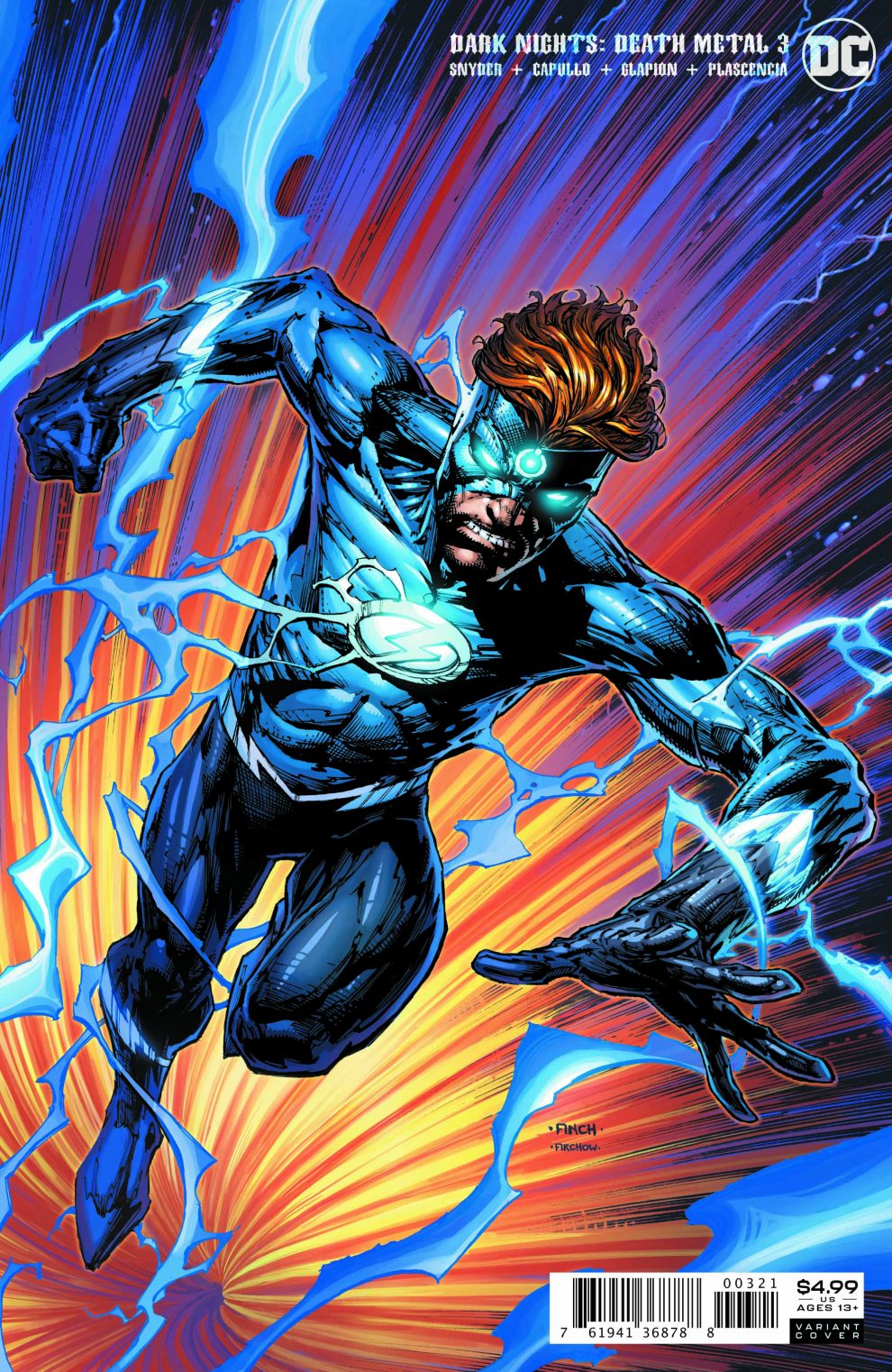 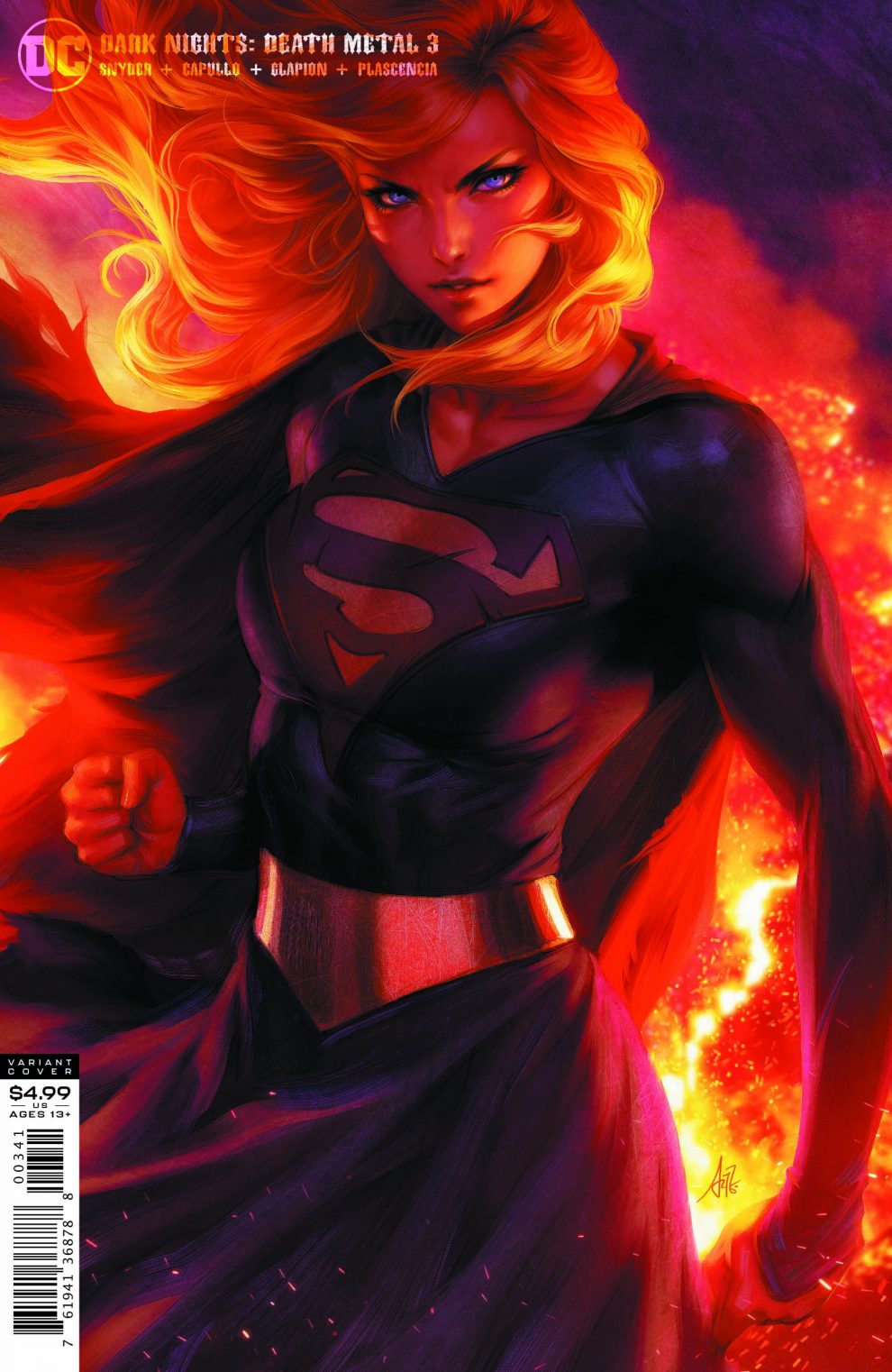 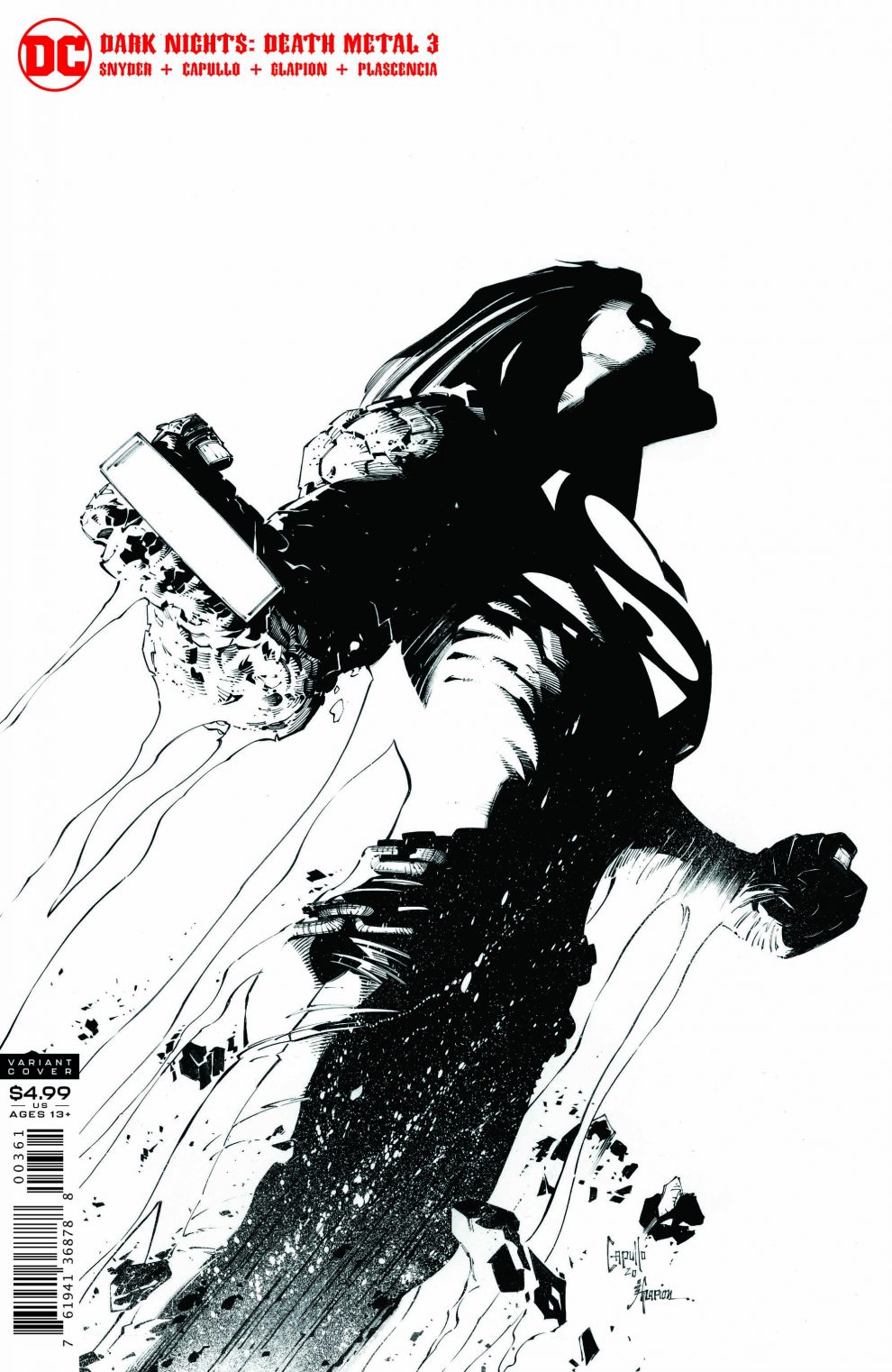 Greg Capullo, Jonathan Glapion and FCO Plascencia, I salute you. The art in the series is face-meltingly awesome. From Flashes racing, and Superman at his mighty best, to a roomful of faces that will make any DC Comics fan cheer, the visuals in this book are comic-book dynamite. The new Dark Batmen we meet in this issue are tributes to an extremely rich past, even that of a completely different, but utterly Marvel-ous competitor. Night-Glider… I love it!

We get a Red Lantern Dark Batman, a Brainiac Dark Batman and even a Dark Father who keeps the anti-life equation… no guesses which DC villain this evil Bruce Wayne took his powers from! I love how un-apologetically irreverent and bonkers this series is, I simply cannot get enough.

Letterer Tom Napolitano is going to town too, with his original speech styles for The Collector and Batrocitus. We get outstanding work from every member of this stellar creative team, in every issue.

The end of the chapter floored me. How could I forget this character and his influence on the events that led up to this series? Superman is indeed back, but he’s not the only one. Dark Nights: Death Metal #3 also finally gives us a glimpse at the Death Metal itself, meaning that, even though we’re halfway through this series, things are definitely going to get even more interesting.

I don’t know about you, but I’m not going anywhere! Bring on issue #4!