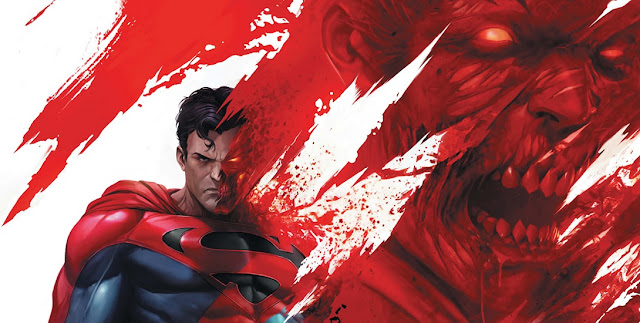 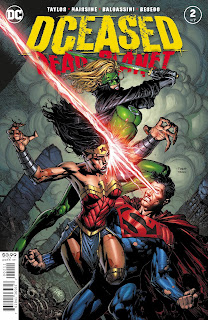 DCeased: Dead Planet #2 is vintage Tom Taylor. What does that mean? Well, Mr Taylor can be counted on to deliver two things, and the first is sublime characterization. This issue delivers that, in spades.

From the opening scenes with Roy Harper, to amazing interactions between Jason Todd and Damian Wayne, we get characters that act exactly as I would expect them to, but more importantly, also exactly as I would hope. Tom Taylor clearly has a ton of love for the denizens of the DC Universe, as he writes them from a standpoint of someone who has clearly enjoyed their adventures for a long, long time.  Some would argue that he actually hates them all, particularly considering the ways in which he kills them, but, while they live they’re their ultimate selves.

Trevor Hairsine, Gigi Baldassini and Rain Beredo are terrific. The art in all the DCeased series has been outstanding, and Dead Planet is no different. These characters move and emote so beautifully, and the action is mind-blowing. Every character looks and fights like an individual, and with a cast this large, that’s really impressive. 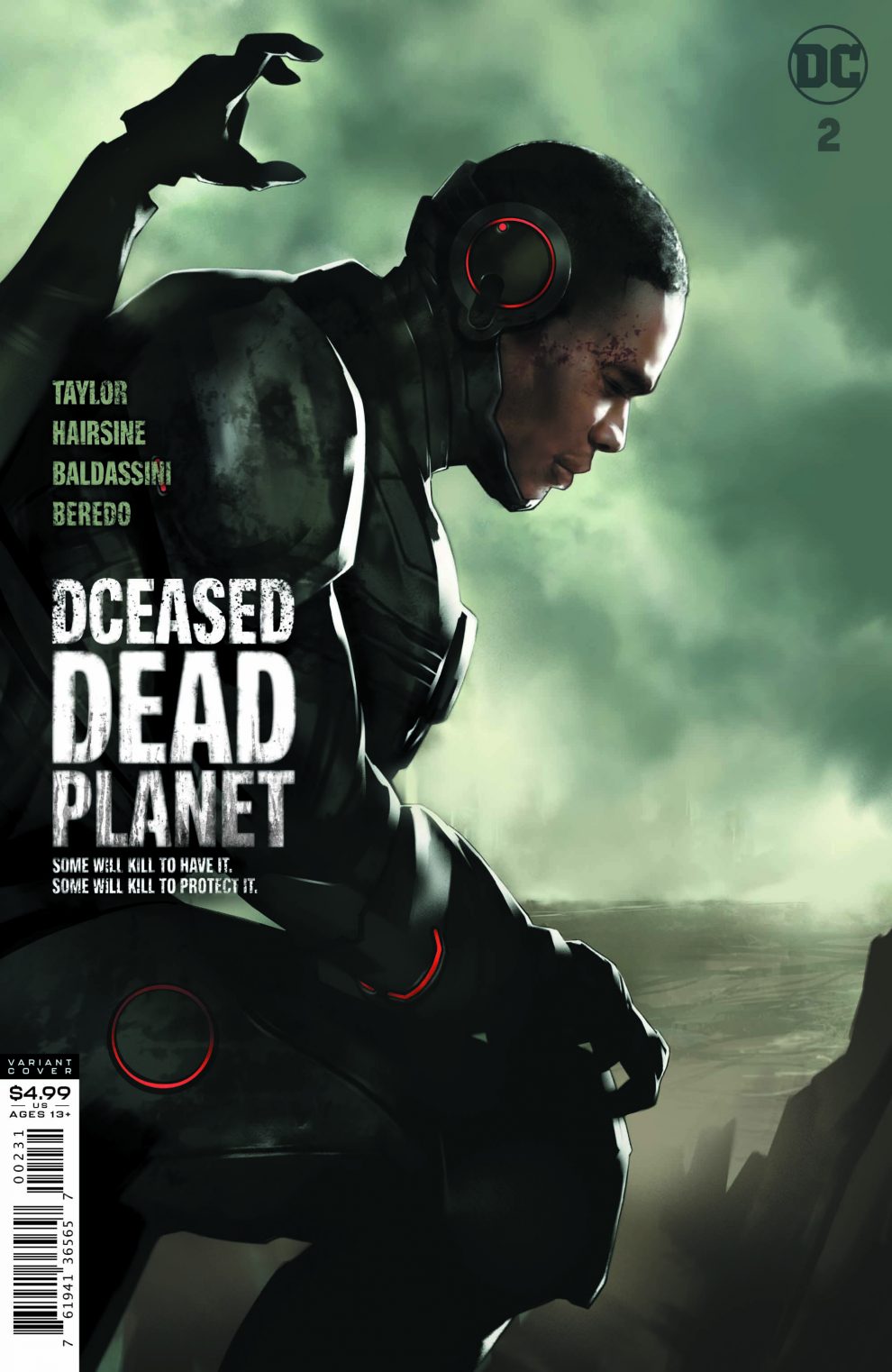 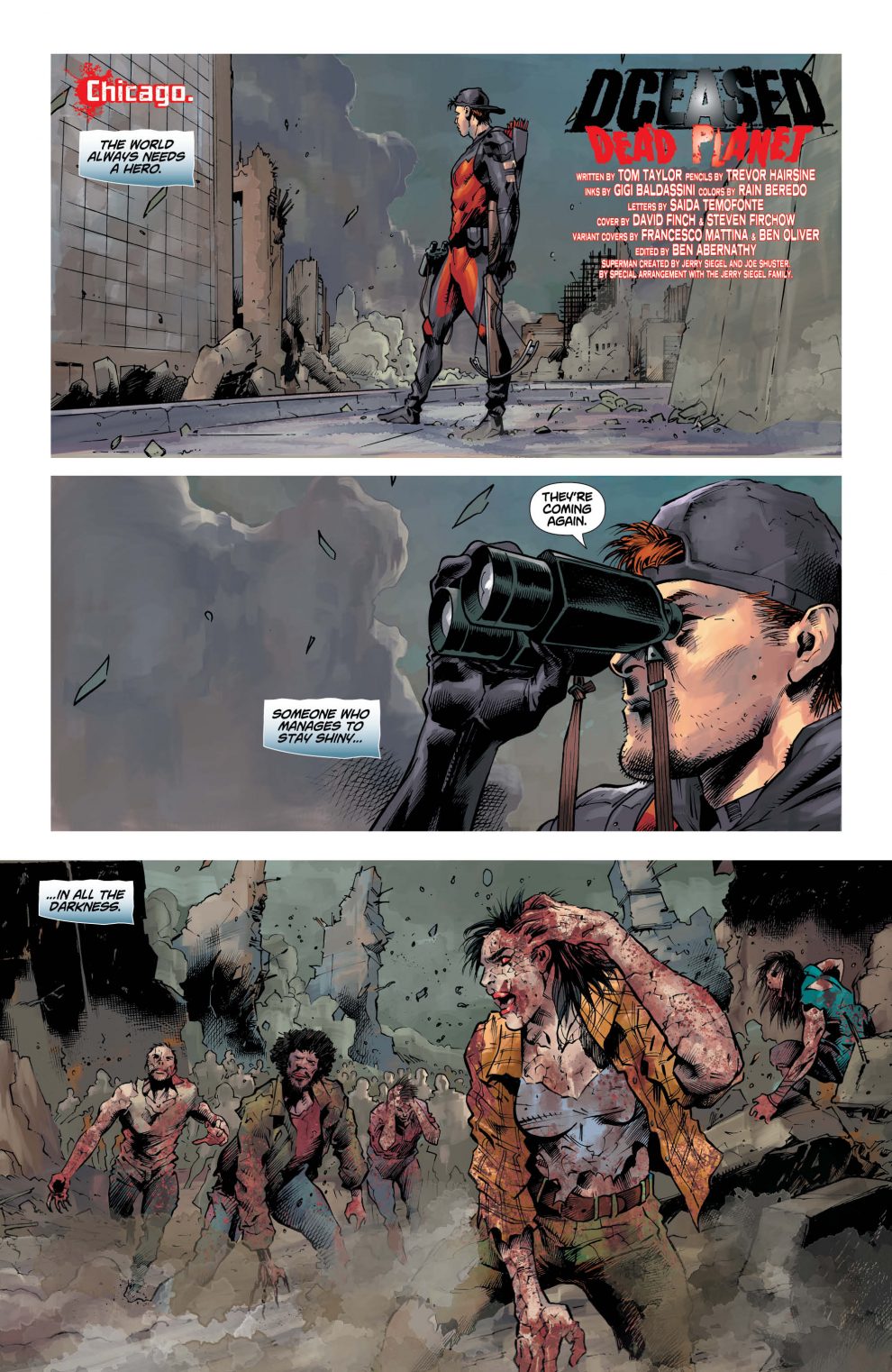 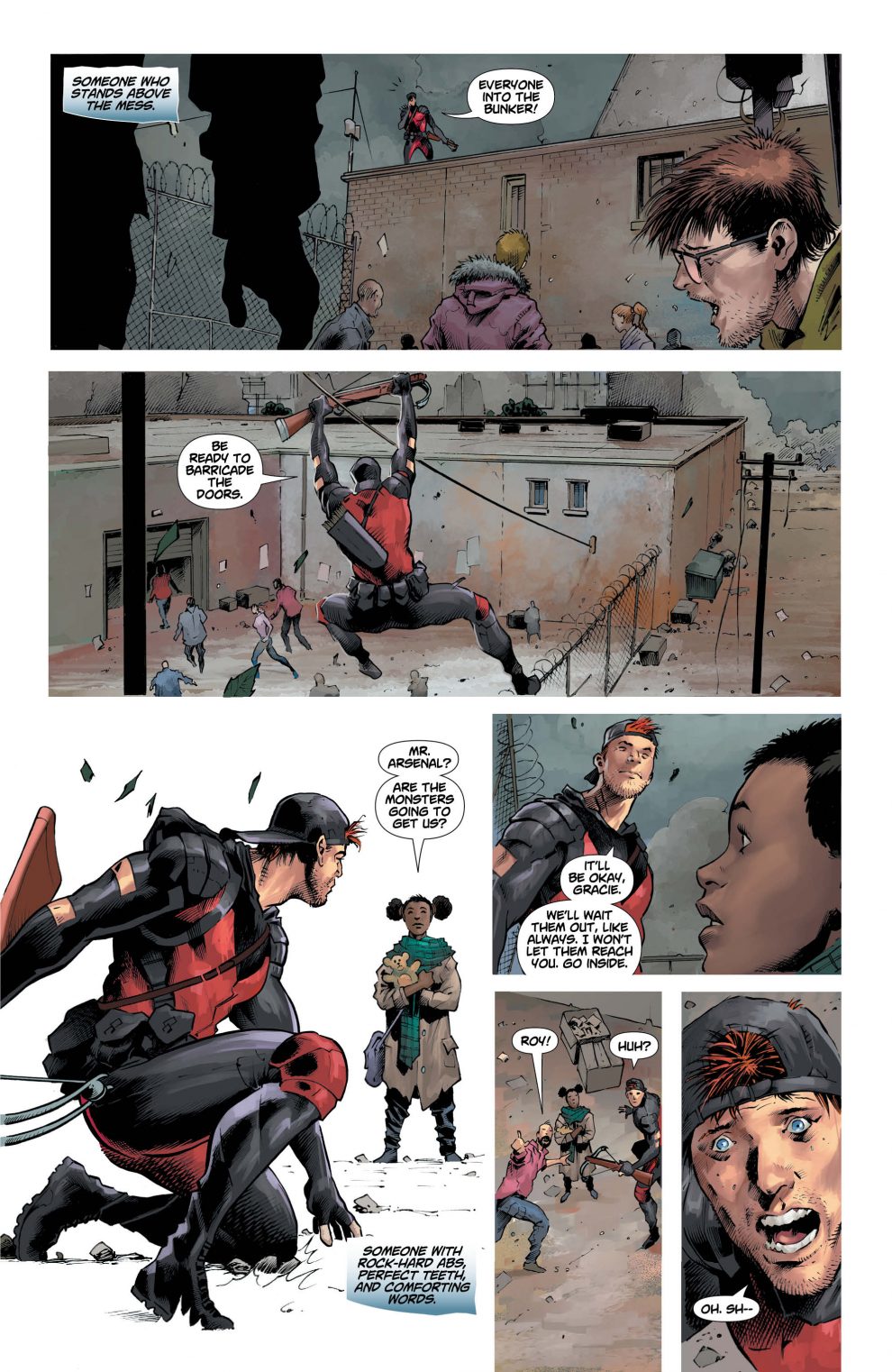 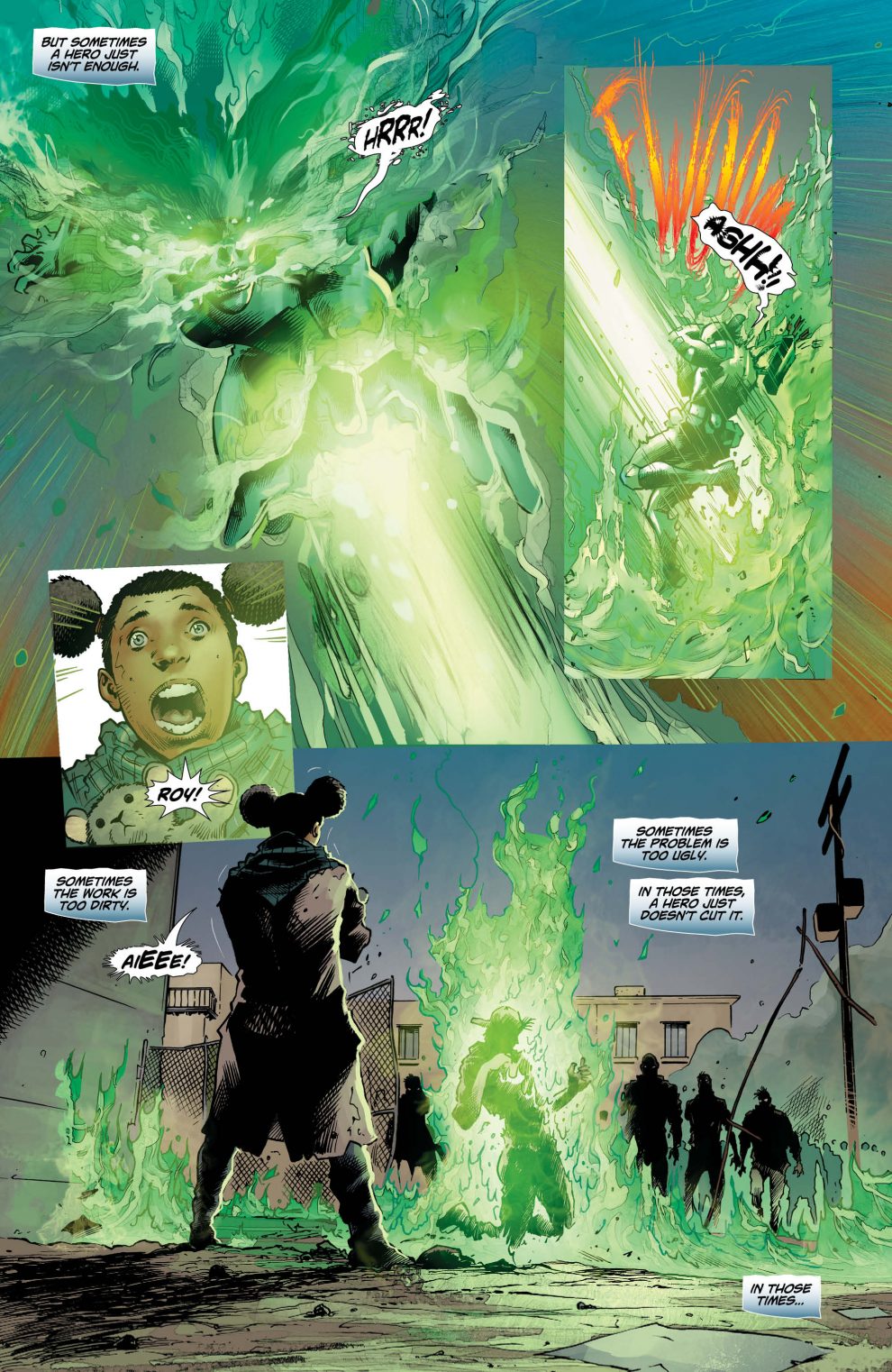 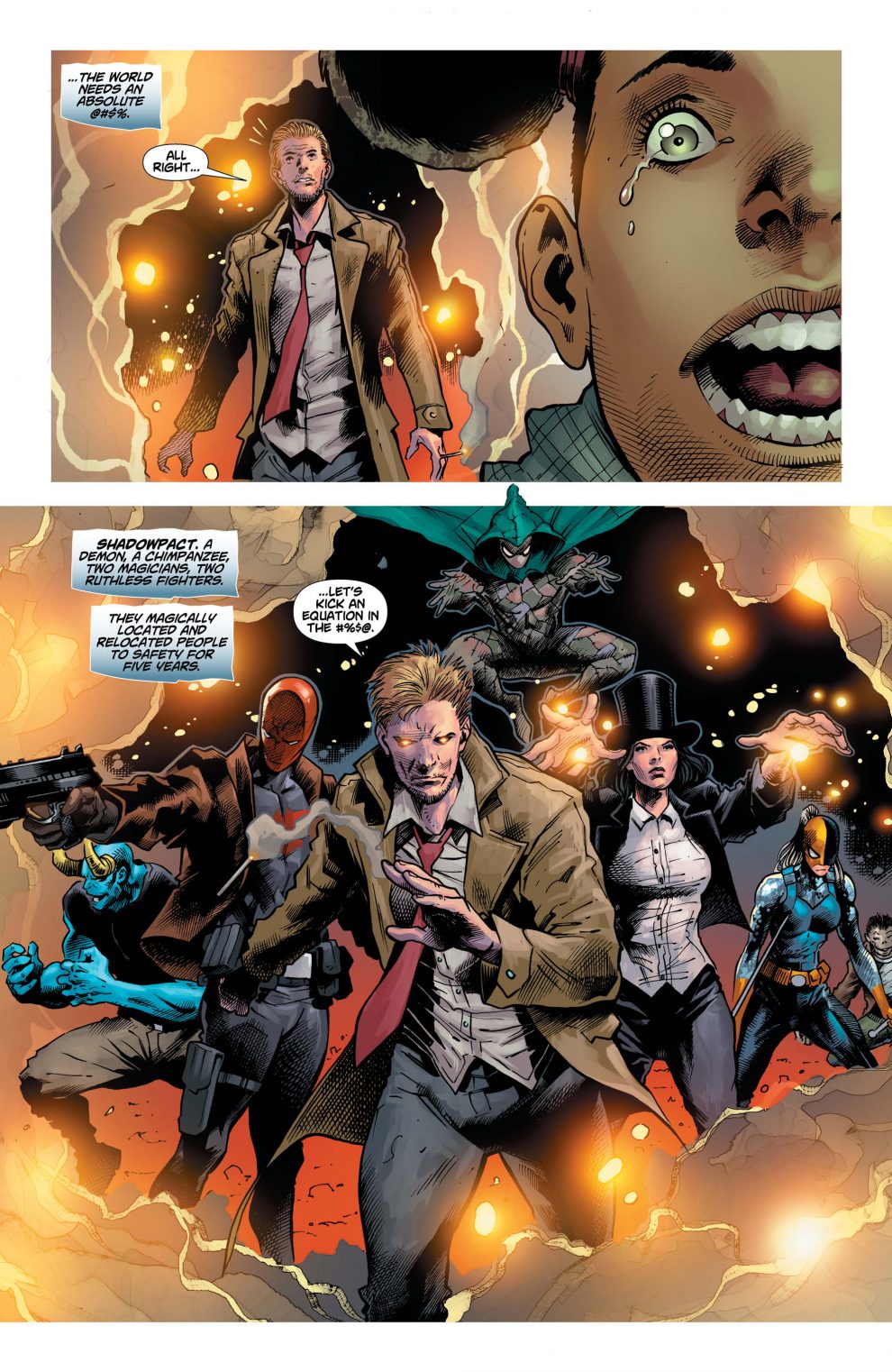 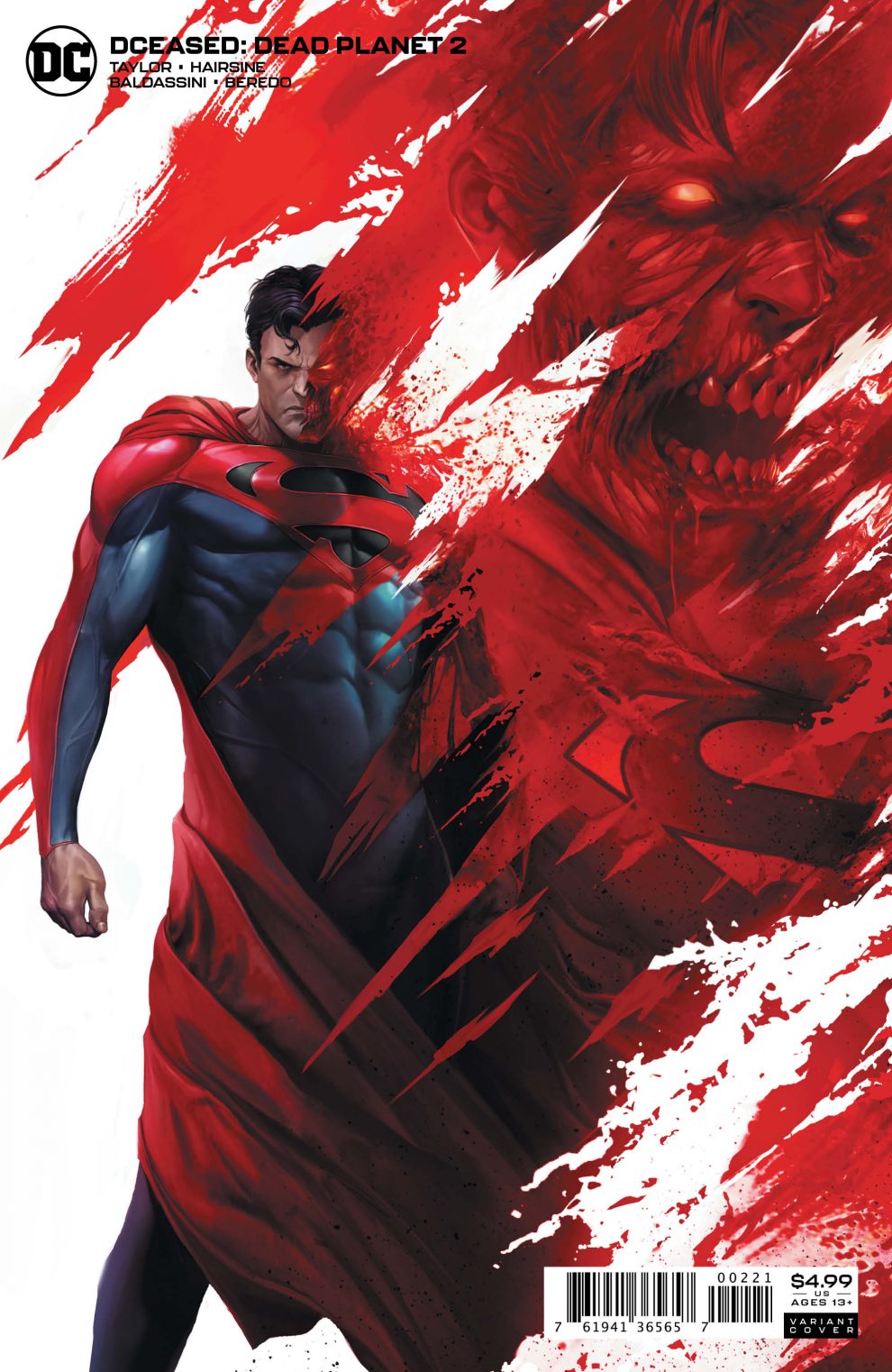 Saida Temofonte is one of my favorite letterers. Yes, I have those! Imagine how hard it would be to read these amazing stories with illegible lettering. Pick up a few different comics from as recently as ten years back, and you’ll see what I’m talking about. Lettering is an under-appreciated art, and Saida is a bona-fide artist.

Remember when I said that Tom Taylor can always be counted on to deliver two things? The first is characterization, as he writes characters that you love and can believe in. The second is that he can then go on to rip your heart out by killing them in new, surprising, and gruesome ways. All the heroes I mentioned above? Not all of them make it out of this issue alive.

No, that’s not a spoiler, with every issue of DCeased, that’s practically a guarantee.

DCeased: Dead Planet #2 is pure quality, from cover to cover. If your heart doesn’t skip at Damian’s interactions, first with Jason Todd, and later with Cassie Sandsmark, then you’re as dead inside as the unliving anti-life monsters in these pages. The creative team behind this series may be spreading death and destruction, but that just makes every second of life that much sweeter.