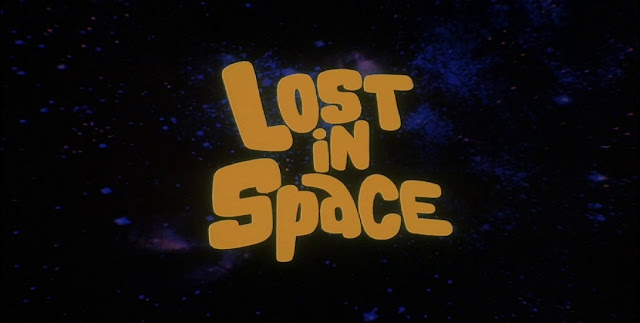 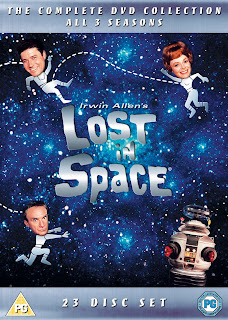 ‘In the year 1997, Earth is suffering from massive overpopulation. Professor John Robinson, his wife Maureen, their children (Judy, Penny and Will) and Major Don West are selected to go to the third planet in the Alpha Centauri star system to establish a colony, so that other Earth people can settle there. They are to travel there on a ship christened the Jupiter 2. However, Doctor Zachary Smith, an agent for an enemy government, is sent to sabotage the mission. He is successful in reprogramming the ship's robot, but in the process becomes trapped on the ship, and because of his excess weight, the ship and all on board become hopelessly lost and it now becomes a fight for survival as the crew tries to find their way back home.’

Lost in Space was created and produced by Irwin Allen. It was his second show, following ‘Voyage to the Bottom of the Sea’. It ran for 3 seasons and originally aired between 1965 and 1968. The series was inspired by the 1812 novel The Swiss Family Robinson, and a comic book published by Gold Key Comics titled Space Family Robinson.

The series follows the adventures of the Robinsons, a pioneering family of space colonists who struggle to survive in the depths of space. Over the 3 seasons, the show gave us 83 hour long episodes. The first season was filmed in black & white, while seasons 2 and 3 were produced in colour. Lost in Space was the first big budget science fiction show to air on television, getting a primetime slot on Wednesday evenings. 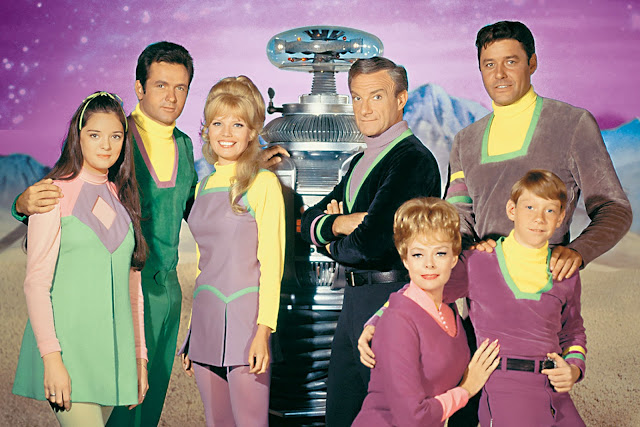 Lost in Space had a fine cast of well-known actors, including Guy Williams, June Lockhart, Jonathan Harris, Mark Goddard and Marta Kristen. The series also boasted two of the best child actors of the time in Bill Mumy (who had a brilliant turn in The Twilight Zone) and Angela Cartwright.

It wasn't just the main cast that were great though, there was a wealth of wonderful guest stars who elevated the show even more. Actors such as Michael Rennie, Warren Oates, Francine York and Richard Basehart, to name just a few. We also got to see one of my favourite actors, (a very young) Kurt Russell make an appearance in the season 1 episode ‘The Challenge’. 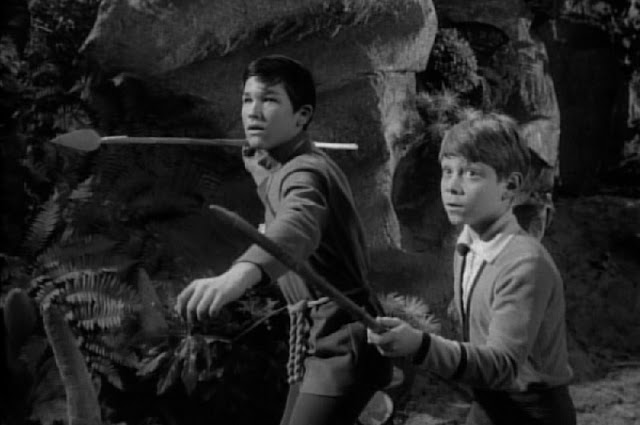 Some Thoughts On The Seasons

I think that anyone who knows the show, will understand that Lost in Space can be divided into 3 distinctive styles.

Season 1 is arguably the best of the 3 seasons. Filmed in black & white, it's dark and serious in tone. This season features its strongest episodes because they showcased the performers at the height of their abilities, based on the story lines. Episodes such as "My Friend, Mr Nobody" (featuring a fine score from John Williams no less), "Attack of the monster plants" and "The Challenge" all showcase the talents of the cast. Furthermore, for a show of this time, the special effects were excellent,which helped propel the stories to greater heights.

The first 5 episodes of the season are rich with drama and suspense, rivalling some of the finest science fictions stories of the time. What we also got was the only two-part story "The Keeper".  A fine opening season for the show... but things were soon to change.

On to season 2. From a quite wonderful first season of Lost in Space, this is where things really change, and not just because this is where we start to see episodes filmed in colour either. It's quite a common opinion that this is the worst of the three, as it's where things got very silly, which did hinder the show somewhat, with many of the episodes being poorly executed. We got Vikings, Pirates, Dragons, and so many silver faced aliens that it’s a wonder a cosmetics firm wasn’t the sponsor of the show. Despite its downfalls, there were a few good episodes peppered in, such as "Blast off into space" and "The Golden Man". 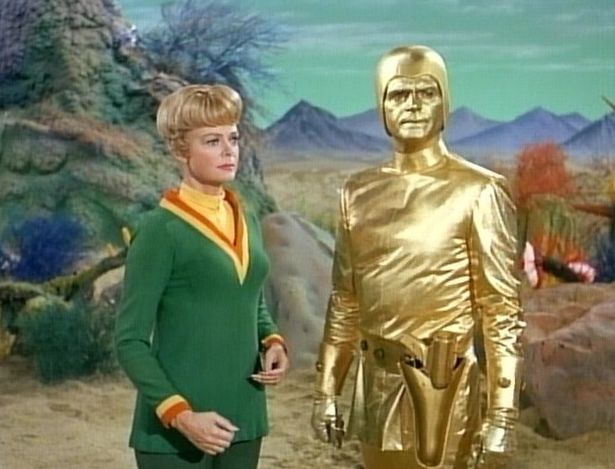 When we get to season 3, there were cast complaints about the direction the show was taking. Unfortunately, and while it's not the worst of the three seasons, this led to it being very unbalanced. It tried to take the seriousness of the first season, but tried to balance it with the second season camp. Of course, this makes it a strange season, but one that has plenty of merit.

"The Anti-Matter Man" is the standout episode, however, there are certainly more worth noting, such as "Space Creature", "Hunters Moon" and "Visit to a Hostile Planet". It also features a few wrong ‘uns, particularly the politically incorrect "Castles in Space", and arguably the worst of all, one that's become infamous, "The Great Vegetable Rebellion". This is the episode where not only are the Robinsons captured by a giant rabbit who wants to turn them in to trees, but Dr Smith is turned in to a stick of celery... I kid you not.

I've already mentioned these, but the standout story of the whole show, for me is "The Keeper". It boasts a wonderful script, it's well-acted and beautifully filmed. This two-parter also features possibly the best guest star in Michael Rennie, as the titular character.

The Keeper, a collector of animal specimens, comes to the planet to pick up two of every kind. The Robinson party only becomes aware of his presence after Dr. Smith is ultrasonically mesmerised into entering one of his cages. The Keeper, who can be as charming as he is condescendingly arrogant, eventually comes to meet the Robinsons, and thereafter sets out to add a couple of them to his collection. 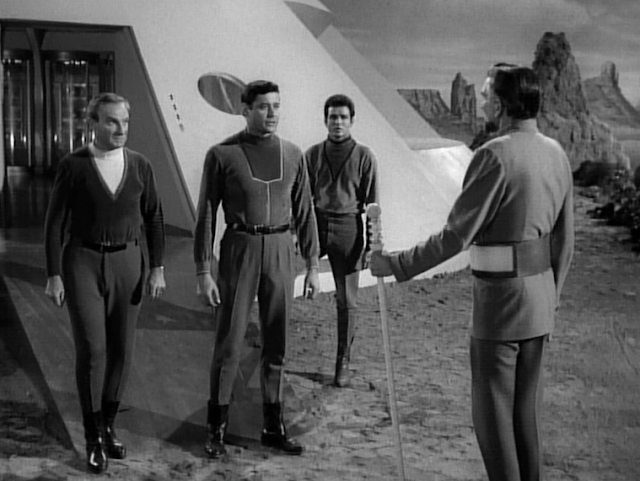 This honour must go to "The Great Vegetable Rebellion". One of the strangest episodes of television I think I’ve ever seen. It’s the story that Lost in Space haters always bring up when they want to knock the show. It's also worth mentioning that cast members struggled to hold back laughter during this adventure. At one point you actually see Mark Godddard (Major Don West) turning away from the camera for no reason, to look at nothing, just because he just couldn't see the carrot monster without laughing.

In this episode Doctor Smith lands the pod on a planet where plants are the highest form of intelligence, next to the writer of this episode. The Robinsons land only to be captured by a giant carrot who plans to turn them into trees, while Dr. Smith becomes a celery stalk.

There are several other great episodes littered throughout the 83, as I've already mentioned. 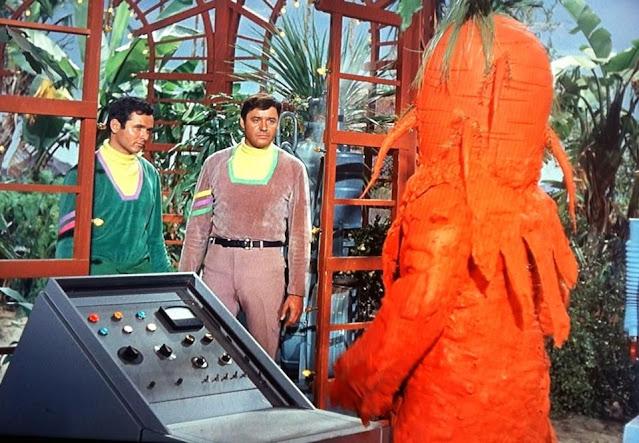 The original Lost in Space s a show that divides opinion. Personally, I'm a big fan, despite the shortcomings of the second season. At the time it was ground-breaking television, and it's such a shame it lost its way. Despite its pros and cons, however, it's safe to say that Lost in Space is one of the most memorable pieces of science fiction TV the world has seen.

The complete series is available to buy on DVD.