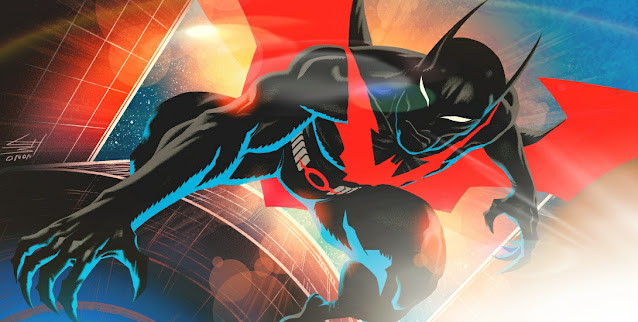 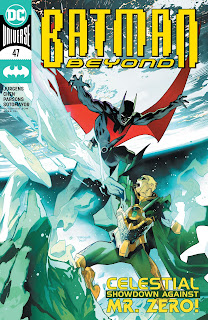 Batman Beyond #47 delivers a truly epic resolution of the story arc. When most readers think back to the Batman Beyond animated series, they most probably remember Terry working alone. This essence is still very true to the title’s form, but it’s been so rewarding to see the future bat family expand so largely, and naturally over the past two storylines. having a bigger team is such a natural way to develop stories, and makes for endless possibilities… like the ones we get in this immensely exciting issue.

As I said in my last review, the artistic direction makes something that’s already known for being sci-fi, look even more sci-fi? It’s impressive to see that the grand space battles and advanced technology seem even more futuristic than present day DC (the scenes where heroes meet on a space station with artificial gravity). 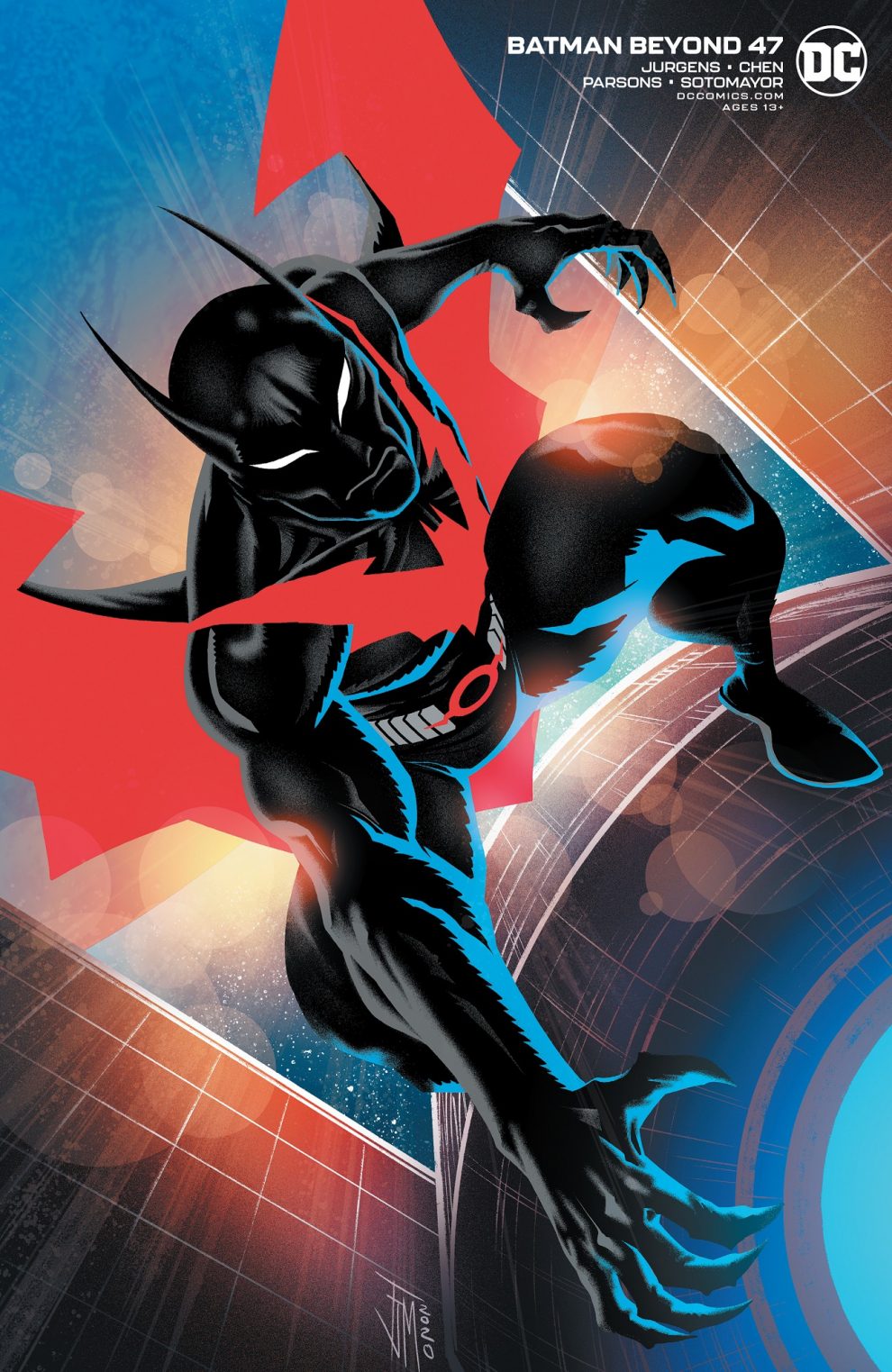 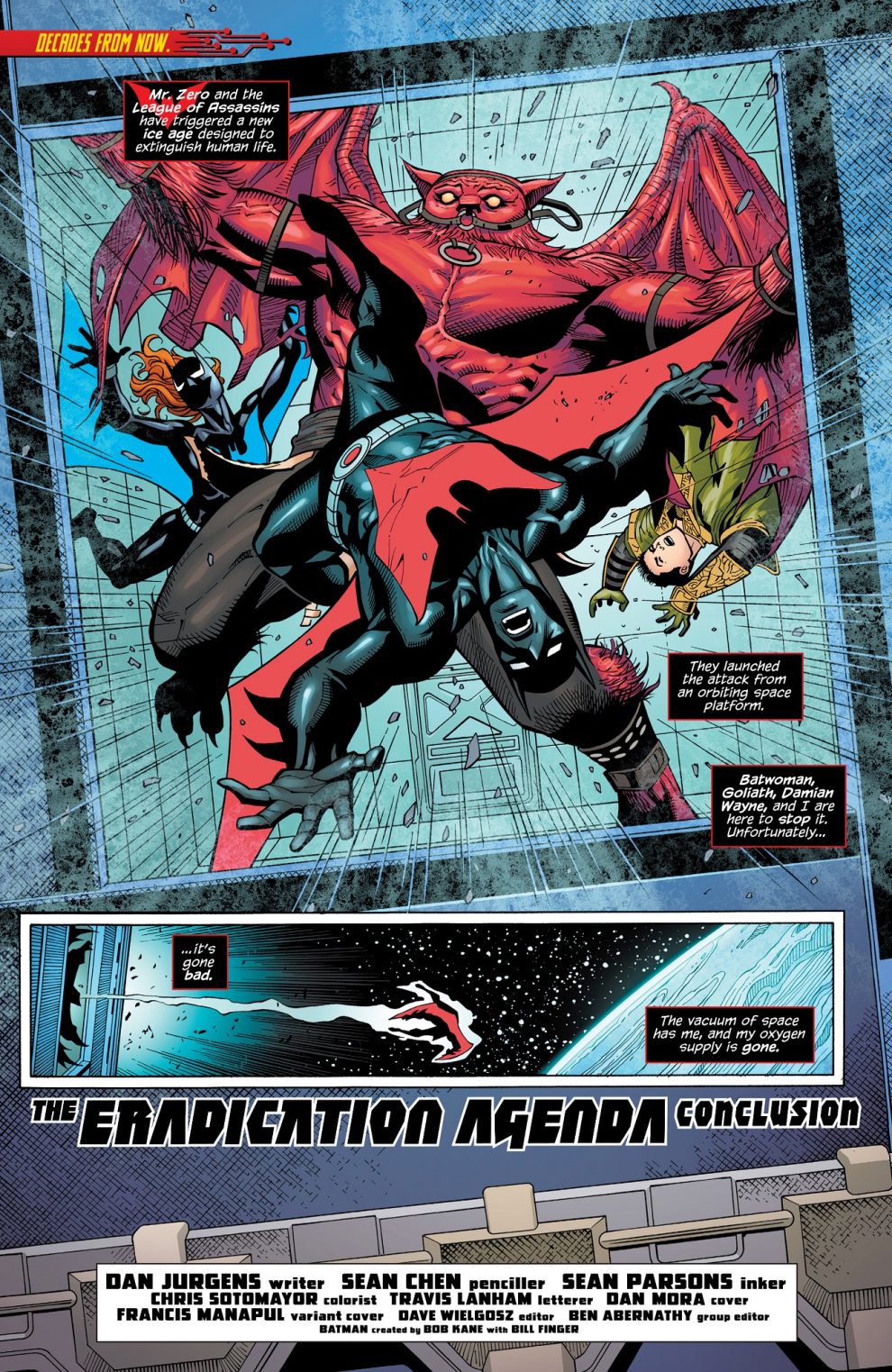 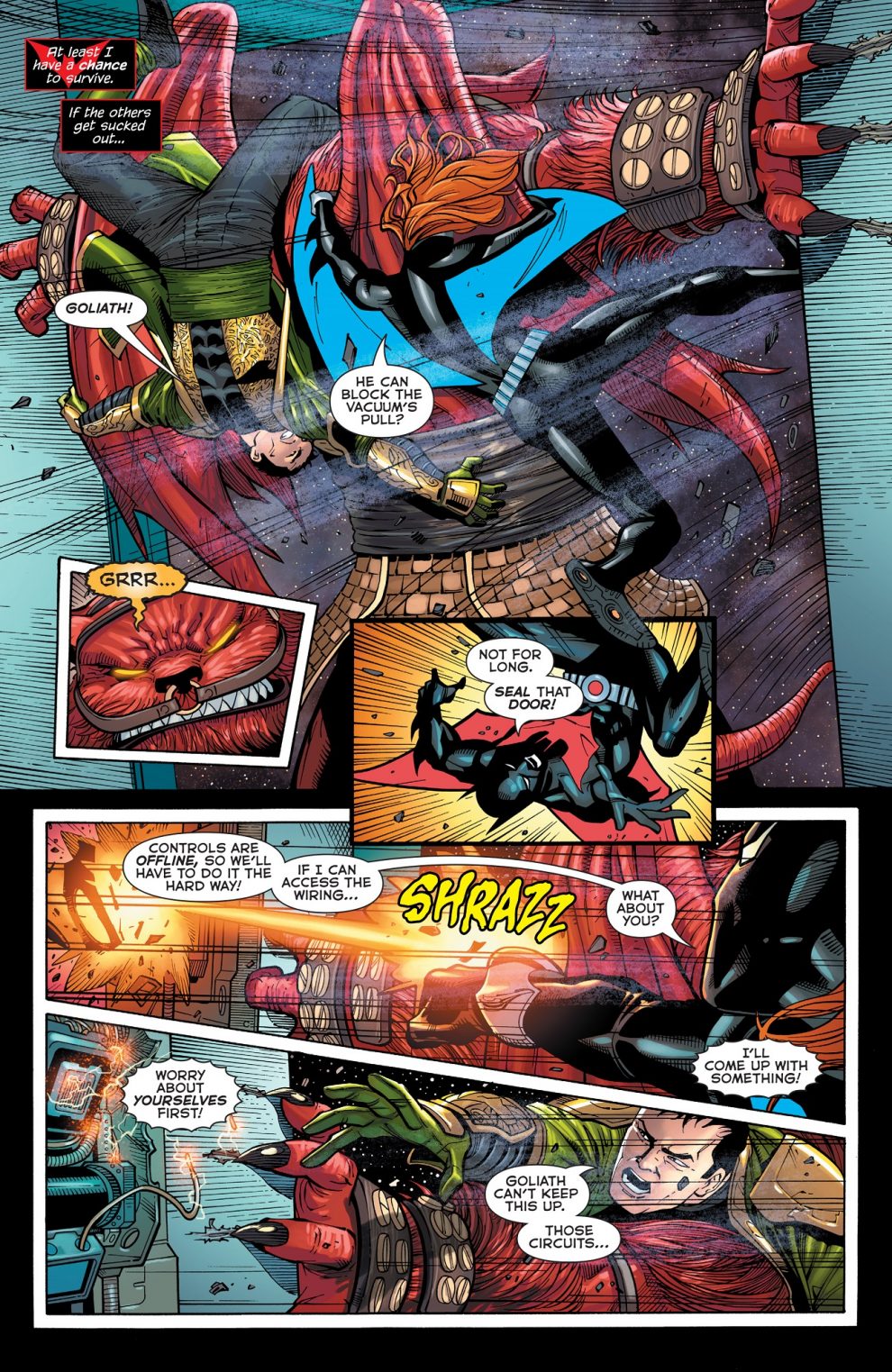 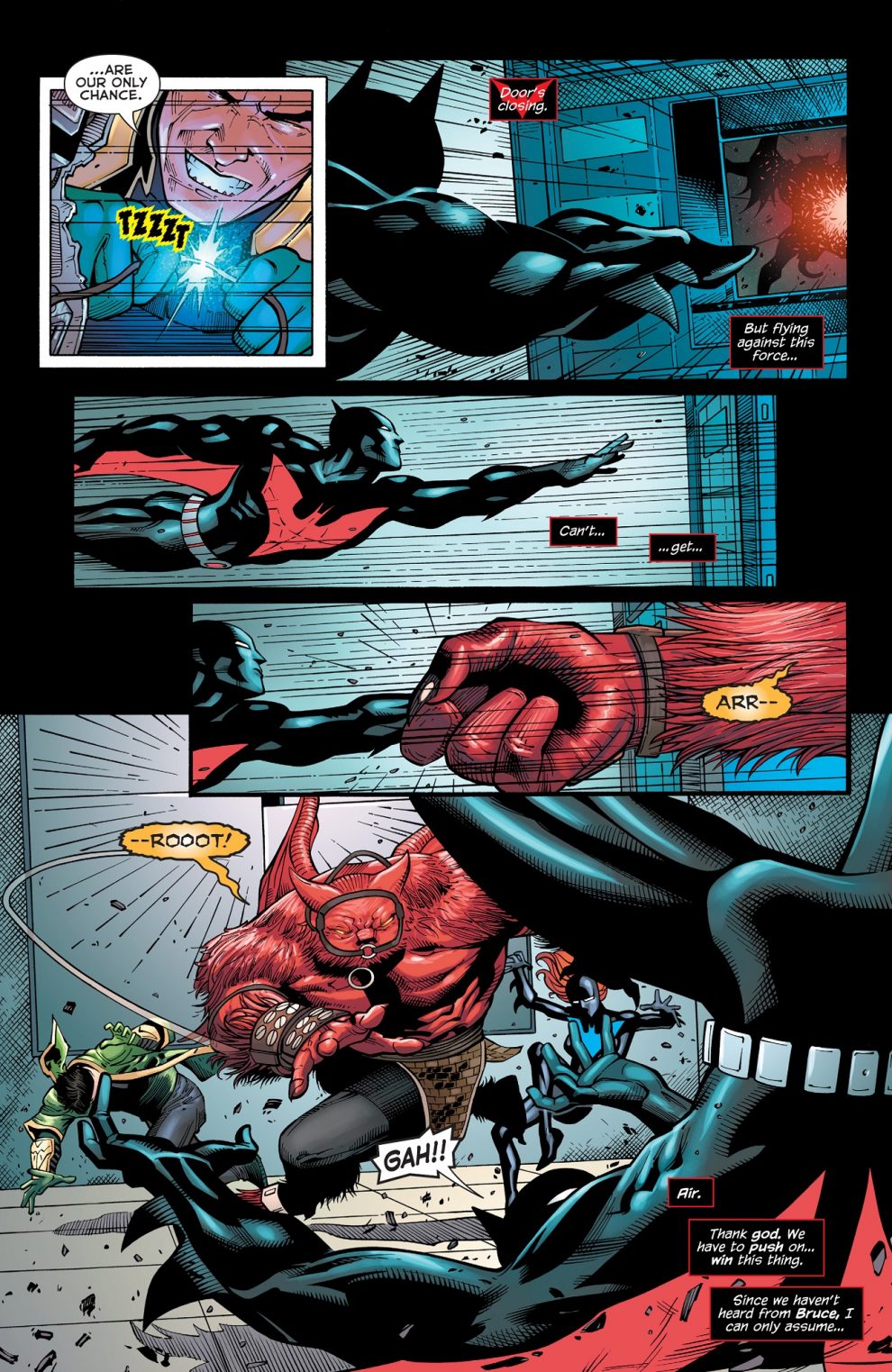 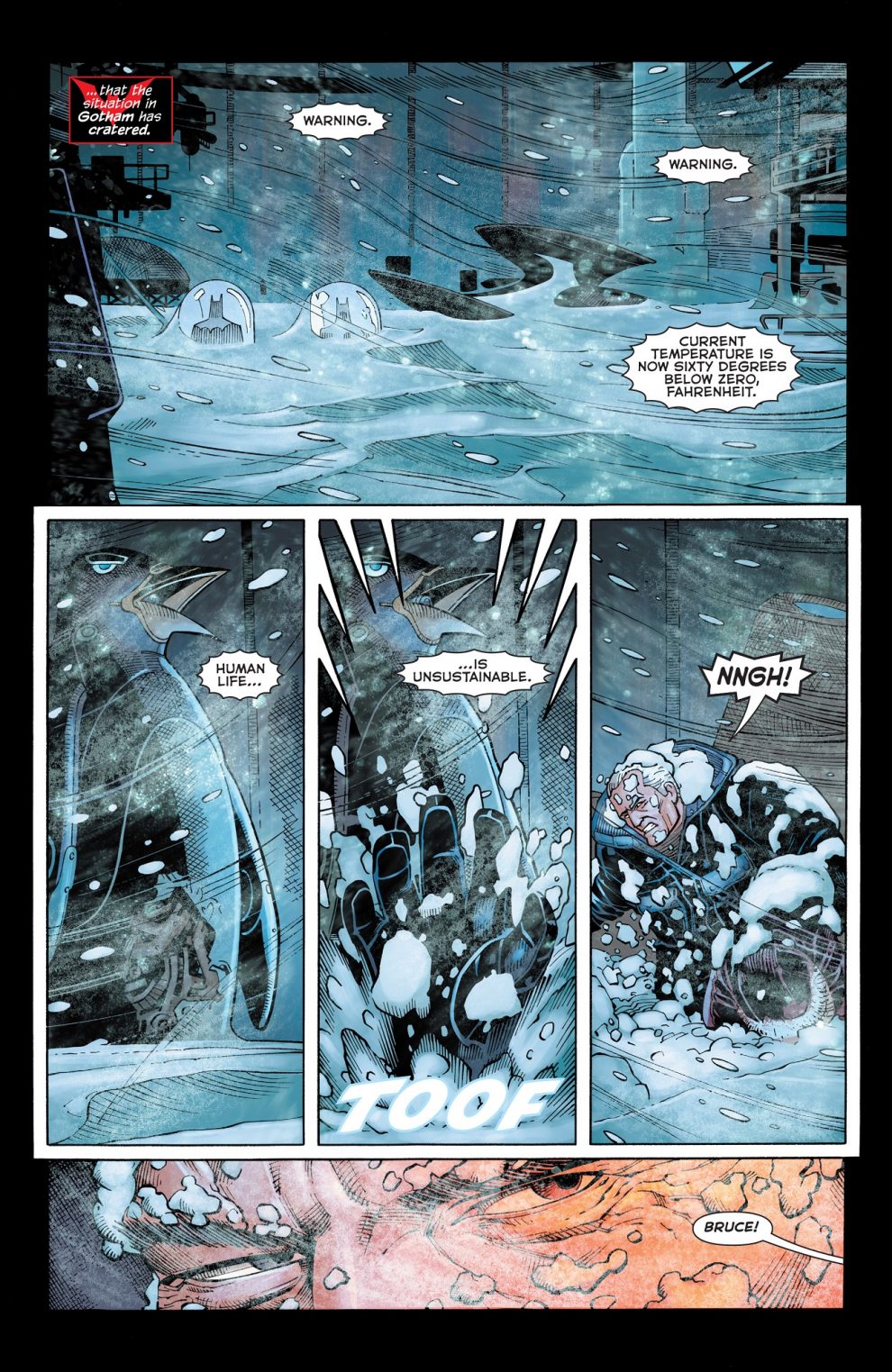 I think they achieve this by making everything high-tech and nothing familiar. That can be disconcerting to some, but there will always be a space for a Batman to fight multiple League ninjas in DC comics.

Most other heroes have a team, but Batman, past and present, has the Bat Family. This new generation of that team can beat any challenge, and that’s what’s added up to this particular Batman’s success. Why else does he, and no other hero, have a title set in this detailed vision of DC’s future?

There’s little to fault with the dramatic and heroic ending that Batman Beyond #47 delivers. Tension has mounted over the past three issues so well that we thought their odds of success were almost non-existent. The clash between the future League and Batman would not have gone in his favour, which is why his team is so essential, and why Batman stands out as a character.