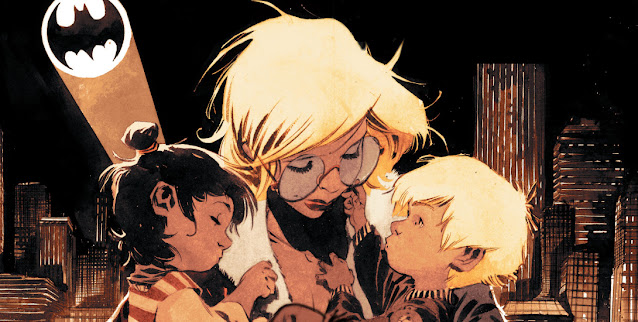 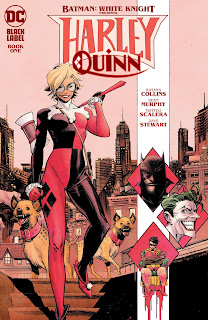 Batman: White Knight Presents Harley Quinn #1 is finally out, and it’s been such a hard wait. When this book was announced the excitement was hard to contain. I immediately put my name in the hat to review this series, as it continues on from Batman: White Knight and Batman: Curse of the White Knight, so it’s based in the same universe. Speaking of, full disclaimer; this series can be picked up in its own right, however it does follow events that happen in these books so… **Spoiler Alert** fully in effect.

All that said, let’s dive in!

…They Pull Me Back In

In Batman: White Knight Presents Harley Quinn #1 we get to see what life is like for Harley, in the wake of what was wrought in Gotham by the Joker. A good night lullaby to her children about their Father leads her down memory lane, to a life before there was a Joker, where there was only a young woman, and a young man, meeting in a way only young folks can in Gotham, in an event that leads to chaos… and Batman.

This gentle glimpse is soon interrupted, as Duke Thomas interrupts with General Tao’s and an ask for insight and involvement on Gotham’s new serial killer. These “Golden Age Murders” definitely leave not only a lasting impression, but for Harley Quinn there is familiarity… something in her mind has been switched on, and only time will tell the tale about just who is behind all the killings. 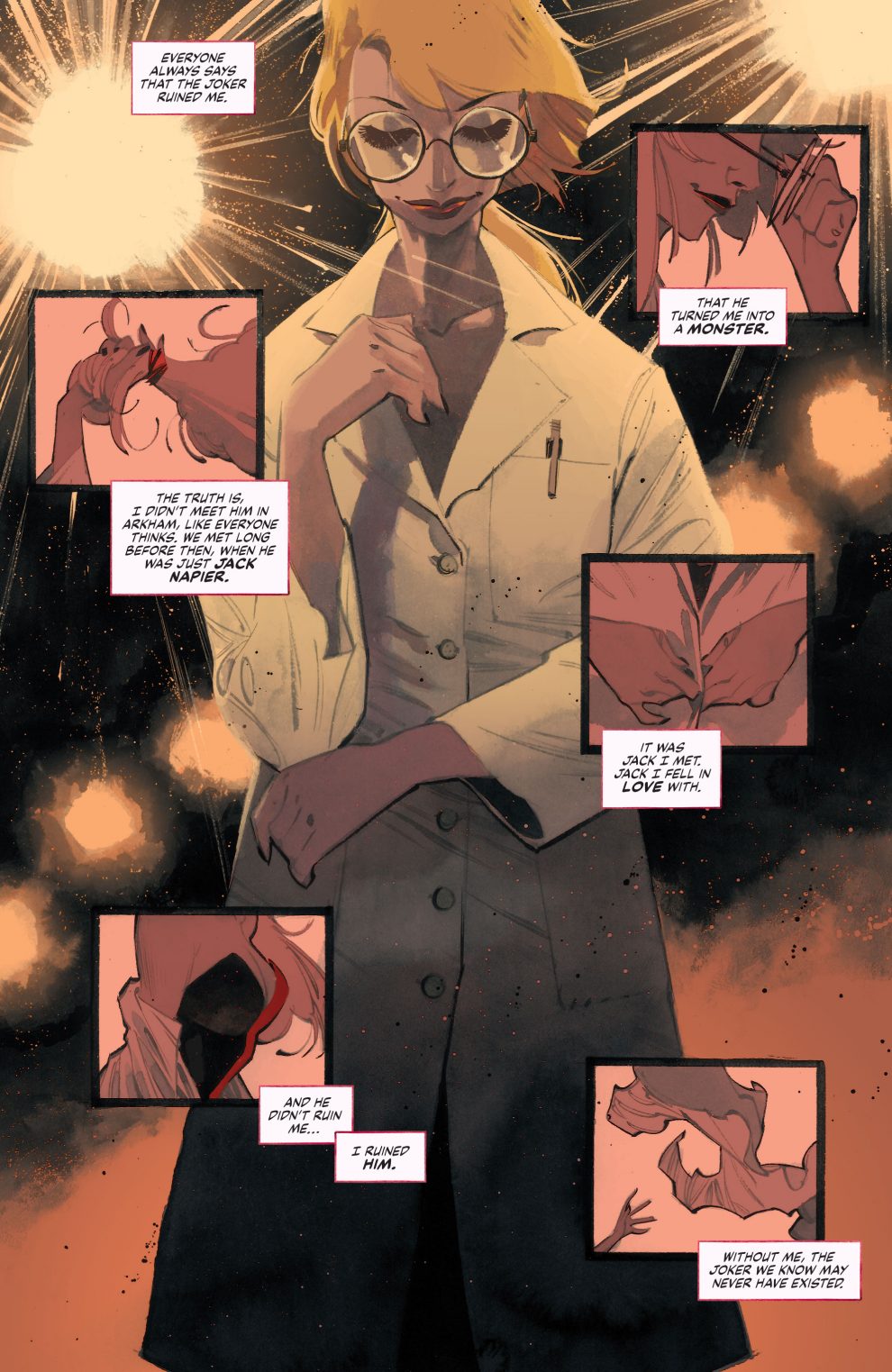 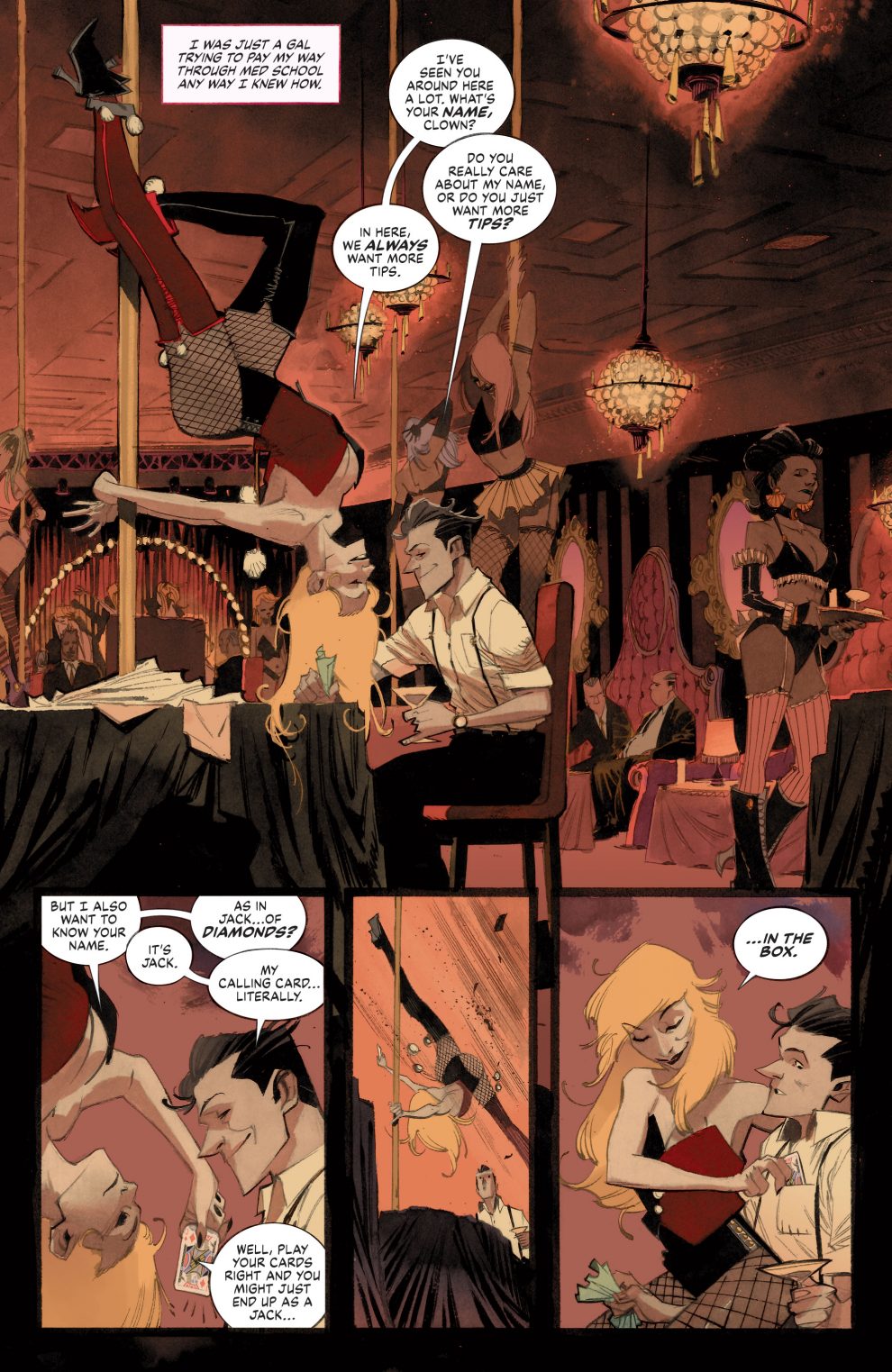 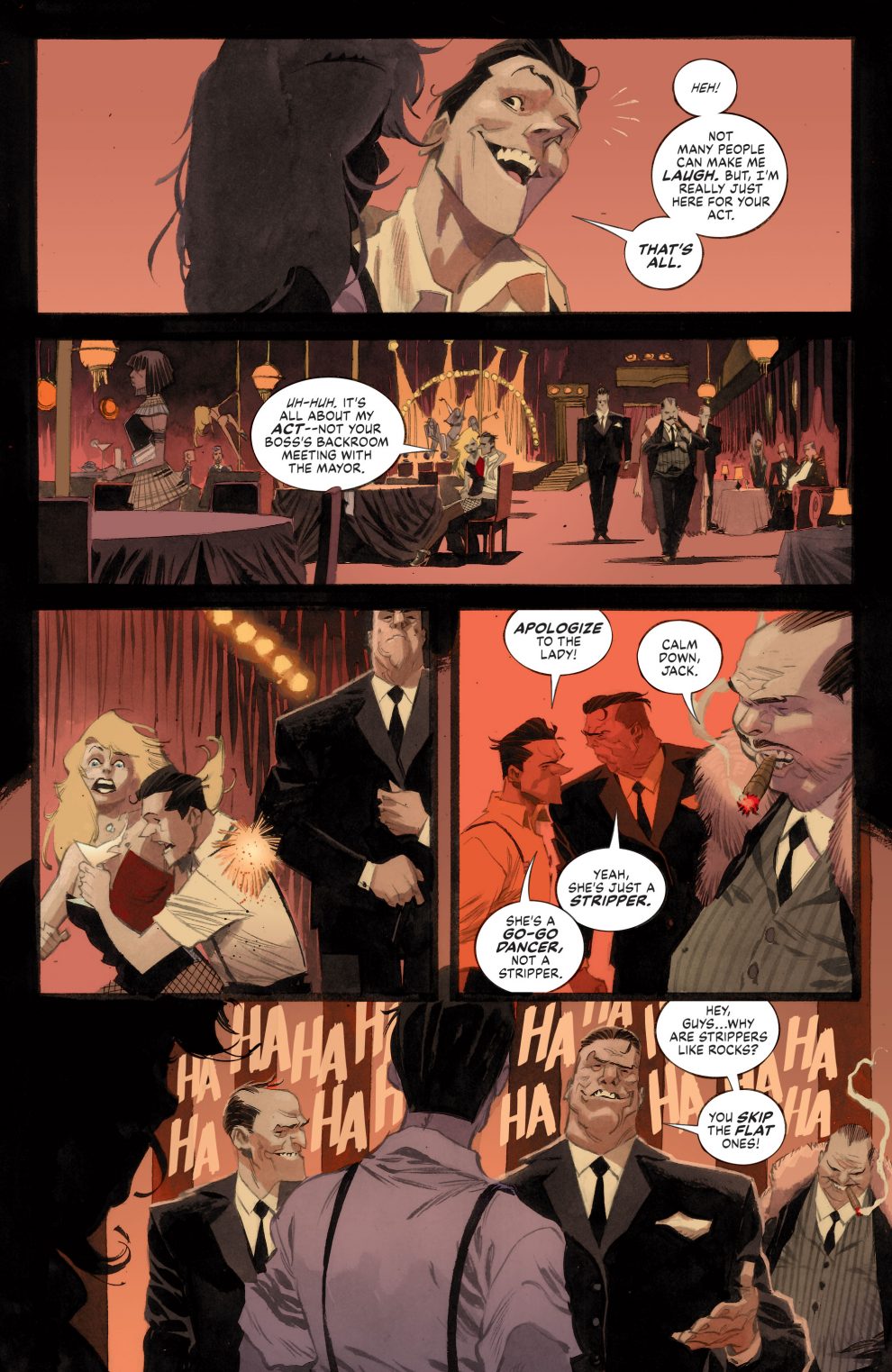 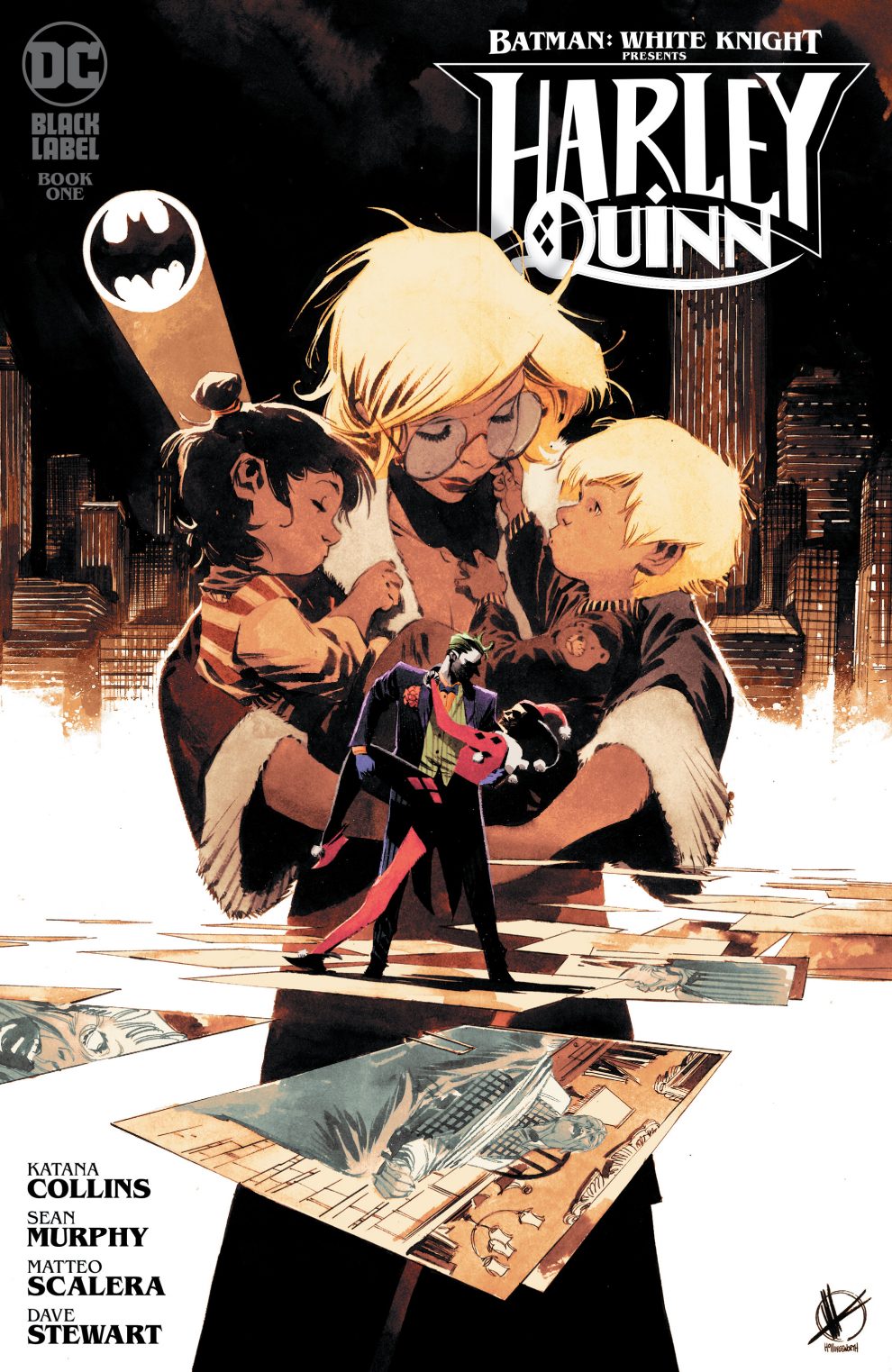 These Are My Babies

First of all let me say this, the way that Katana Collins writes Harley as a Mother is not only relatable, but it’s engaging, and deepens the character in this world. I love that there are doubts in her mind about whether she is in fact a good mom or not. The small details are what genuinely make this book so wonderful. It feels no different from reading Sean Murphy’s work, and yet you can feel Katana’s touches throughout the book.

The artwork is astounding. Matteo Scalera has given us a wonderful, gritty style, that matches up to the world that Sean Murphy created. There is however a page that hit my gut, yet made me smile at the same time. The final page of the issue is a showstopper, with Matteo’s art and Dave Stewart’s colors making your collective jaws drop. It’s masterfully done.

I genuinely have almost nothing but praise for Batman: White Knight Presents Harley Quinn #1. In fact if it has one downfall it’s that my passage through this introduction felt so brief, that my mind cried “No… not yet”, and “Don’t make me go… I want to stay.” Literally it felt so fast, but it’s because it’s so enjoyable seeing this version of the Harley/Joker relationship. The scenes with her and Jack are set up beautifully, and their conversation feels natural. I may not be a fan of the relationship that it became, but this fresh new take on who Harley was, and how she became who she is now, is done so spectacularly.

I also love the black and white art hints for issue #2 at the back of the book. This was a fun teaser, and it was really cool to see some of what’s coming up.