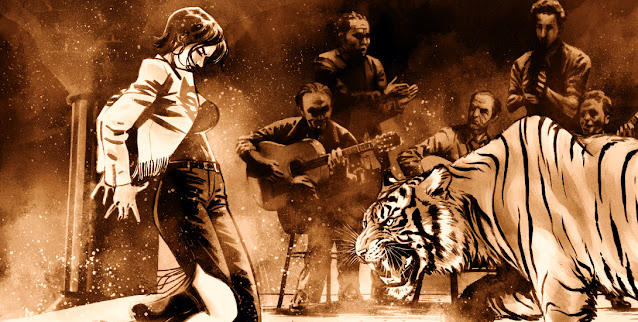 “Duende”, "Return To Alleytown", and "Cat Vs Woman" 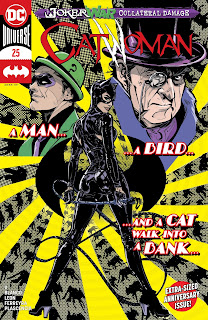 The 25th issue of a run is always a good time to pull out something special, and Catwoman #25 is no different. The new creative team has shown the character a lot of love, and we’re treated to an immense story in “Duende”, catching us up with how Gotham’s villains are handling their war against the Joker(s).

“Return to Alleytown” is a deeply personal story for Catwoman, which shows us her roots, and her skills. “Cat vs Woman” enters a pantheon alongside “Dream of A Thousand Cats” and “Rage of the Red Lanterns” as one of the best cat based stories in DC history.

Catwoman, Penguin, and The Riddler are perfectly characterised in “Duende”. Their familiarity and mistrust are clear and on display. We see how little they trust each other, and the repartee is perfectly shown. Catwoman’s narrow escape at the story’s climax is wonderfully illustrated, repeated often enough to show her moving quickly and with precision.

Being of part Spanish descent, the “Duende” of the title, symbolising strength, passion and grace – as if the dancer has been possessed by the music and the rhythm (Duende is Spanish for Demon) – was keenly felt. My dad (and DKN editor-in-chief) Steve J. Ray, has been raving about Ram V’s work as a writer for a long time. Now I know why. 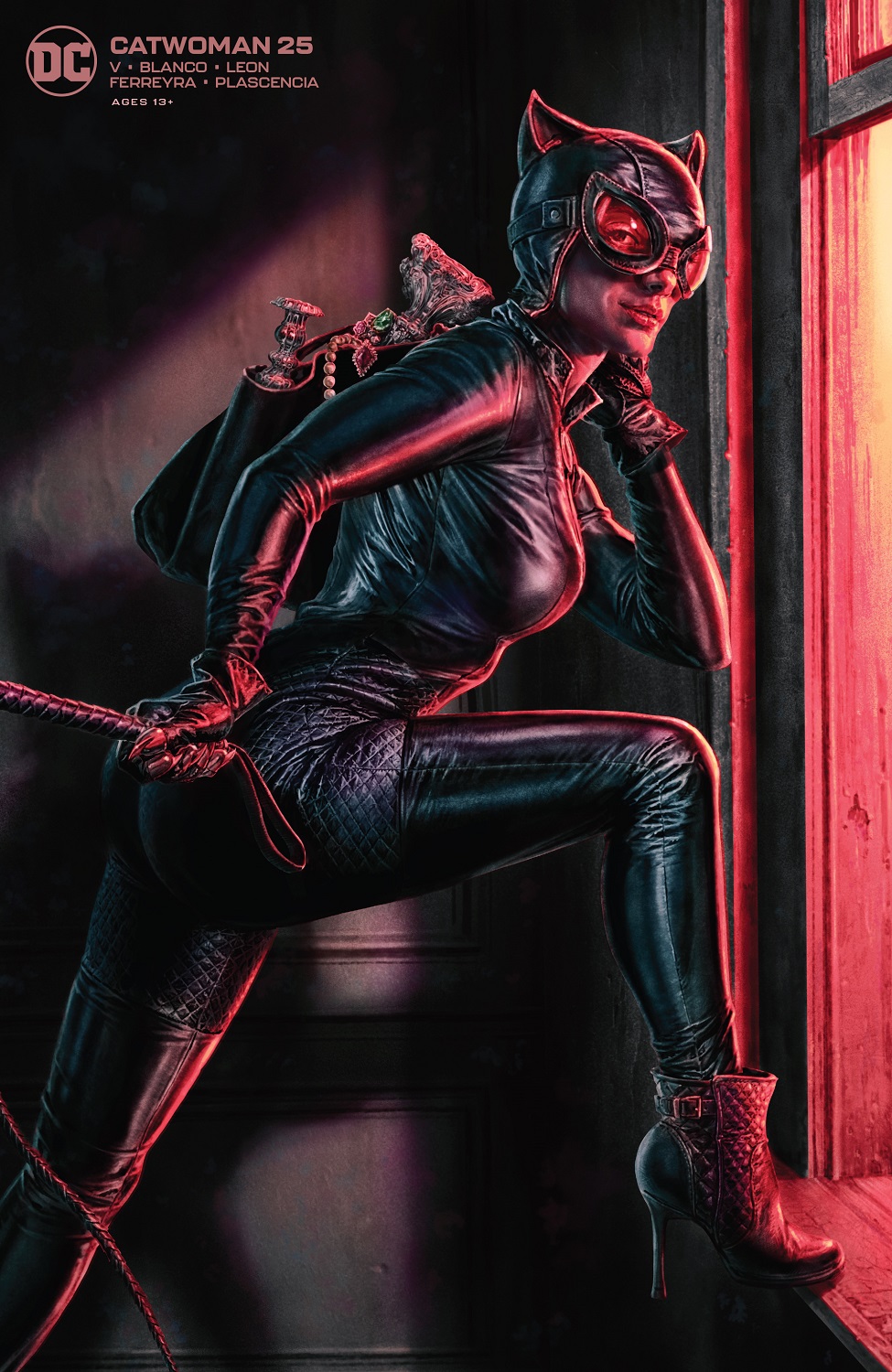 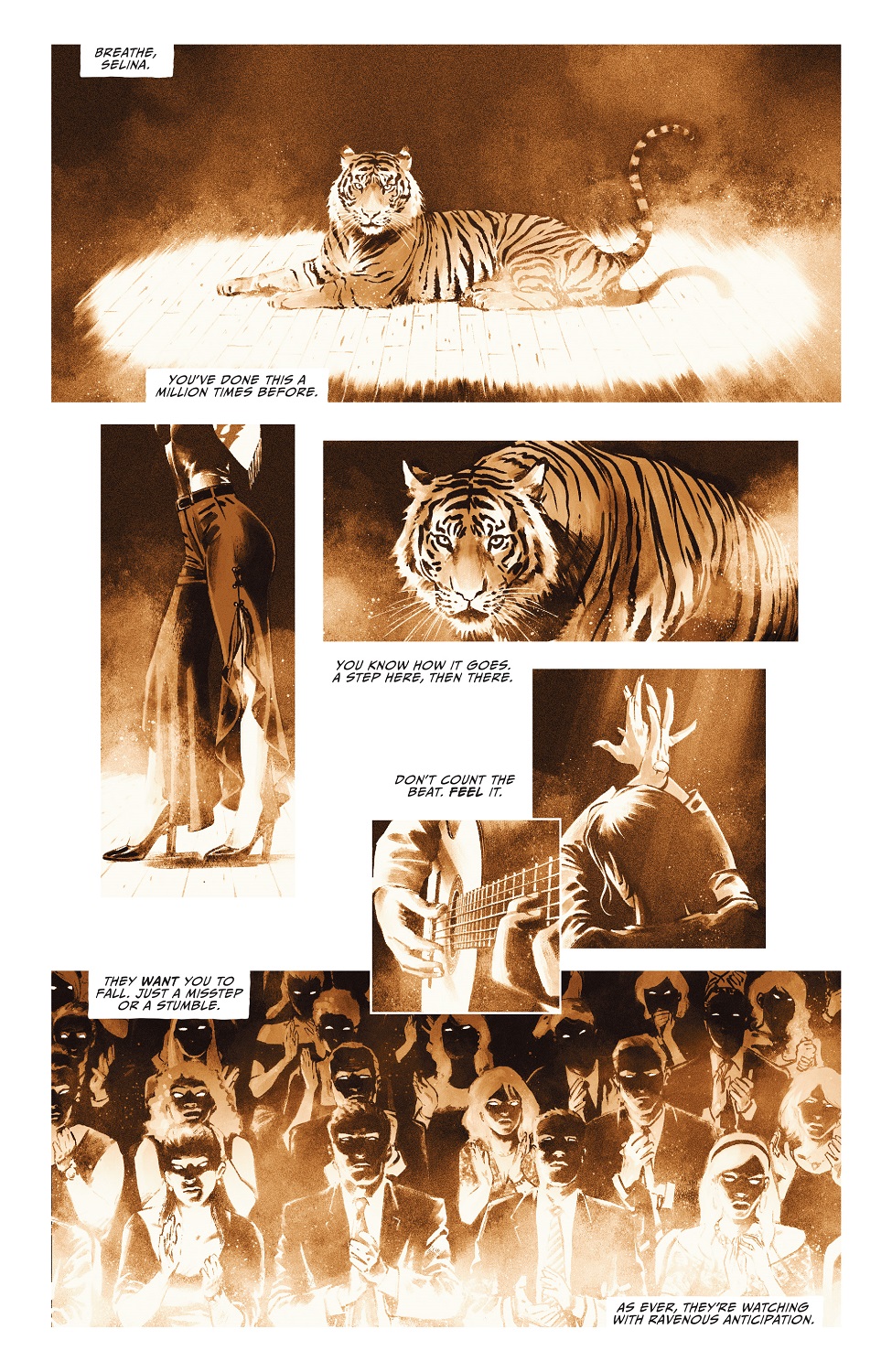 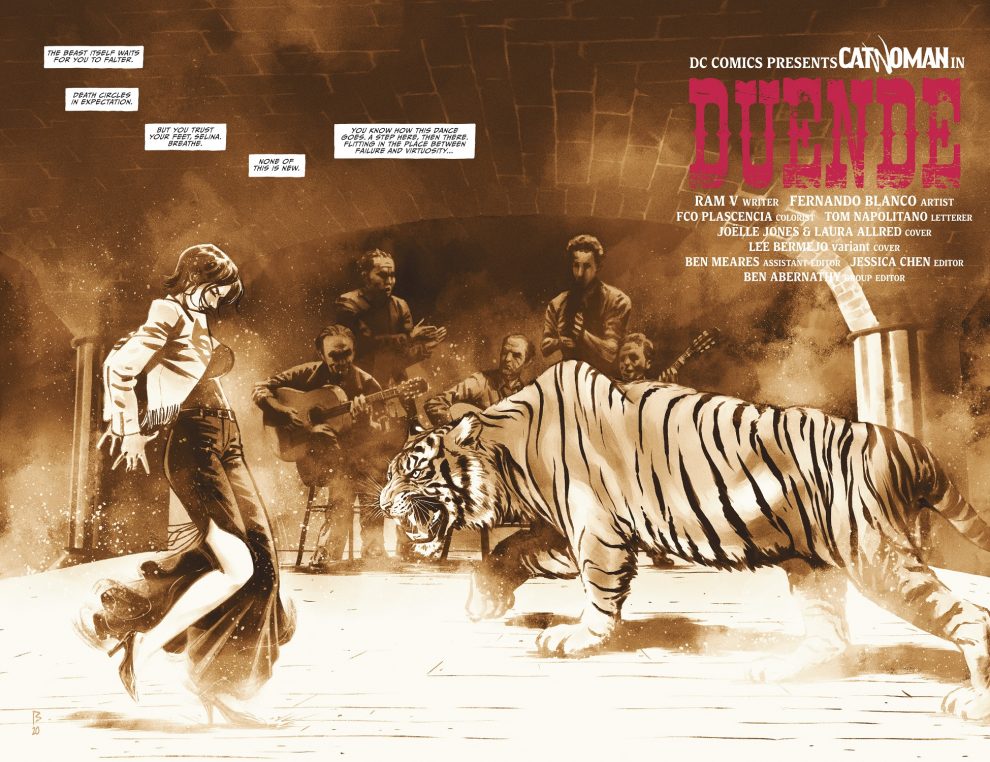 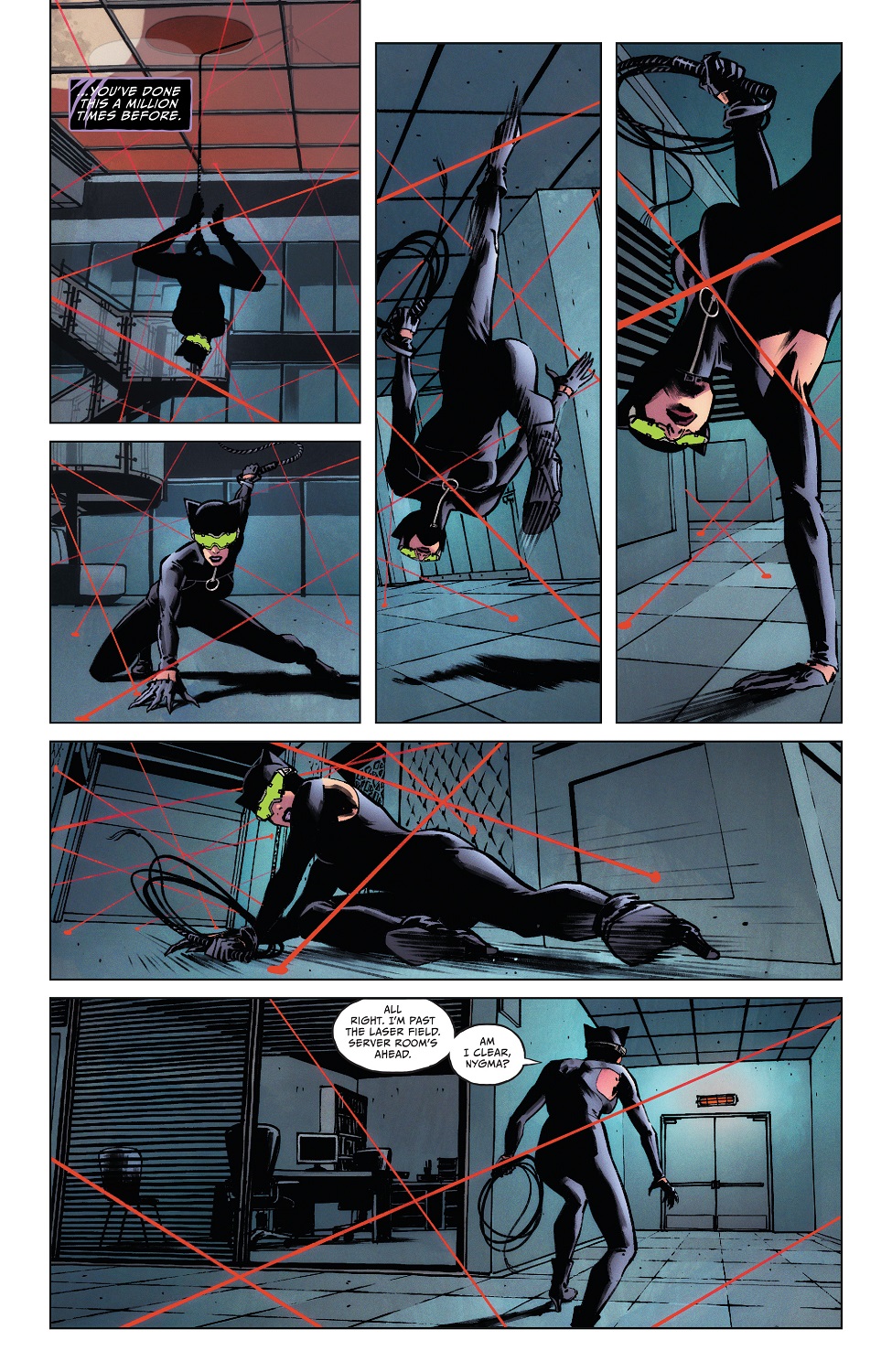 Street kids doing what they have to to survive has been a trope since Fagin rounded up children in Oliver Twist. Catwoman was one of those kids, and in all honesty still is. Seeing her care for that community is so rewarding, and such a sincere representation of the character. It’s also great to know how well she knows that world and it’s inhabitants, so well as to not to get swindled by them.

Cats, by nature, are very territorial. One cat sees another move into Alleytown, and they feel very unsure about their rival. Catwoman is the much bigger person about it, showing that sometimes truly big personalities can coexist.

Catwoman #25 is the strongest issue of the run since Joëlle Jones left the book. The art in this issue, particularly the beautiful washed out watercolor textures seen in “Duende”, is exceptional. In this issue we get to really see Selina as the greatest thief in DC Comics, but one with a kind heart and layered character. This has kept her compelling for 80 years, 25 issues, and much, much more.

Who wouldn’t love to read about a character like this?