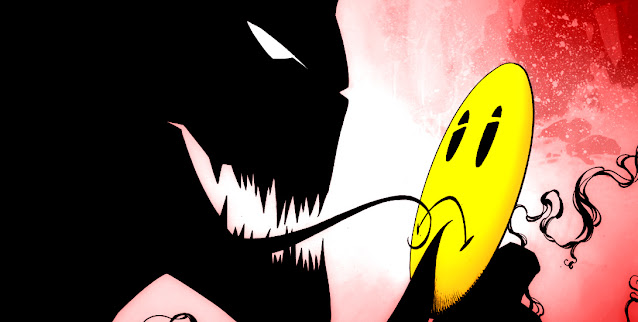 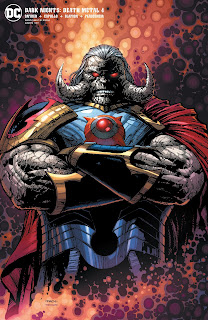 Dark Nights: Death Metal #4 has finally arrived! It’s been two months since we got the last issue, but we’ve still been spoiled with plenty of metallic deliciousness in the meantime: The Death Metal Guidebook, Trinity Crisis, Speed Metal, Multiverse’s End, and the first chapter of Doom Metal, have kept our iron and mineral levels high.

The Dark Multiverse hasn’t just superseded our own, but it’s also re-written the Crisis On Infinite Earths, the Infinite Crisis, and Final Crisis events that led us here. Our heroes needed to tap that energy, in order to supercharge Metron’s Mobius chair with enough power to take down the former Batman Who Laughs – now the Darkest Knight – and Perpetua.

From the very first page, this issue is overflowing with insane awesomeness. I know that there are some fans who are finding this all a bit too much, but I’m being swept along in the wave of rock, lunacy and nostalgia. These comics are fun, from cover to cover. 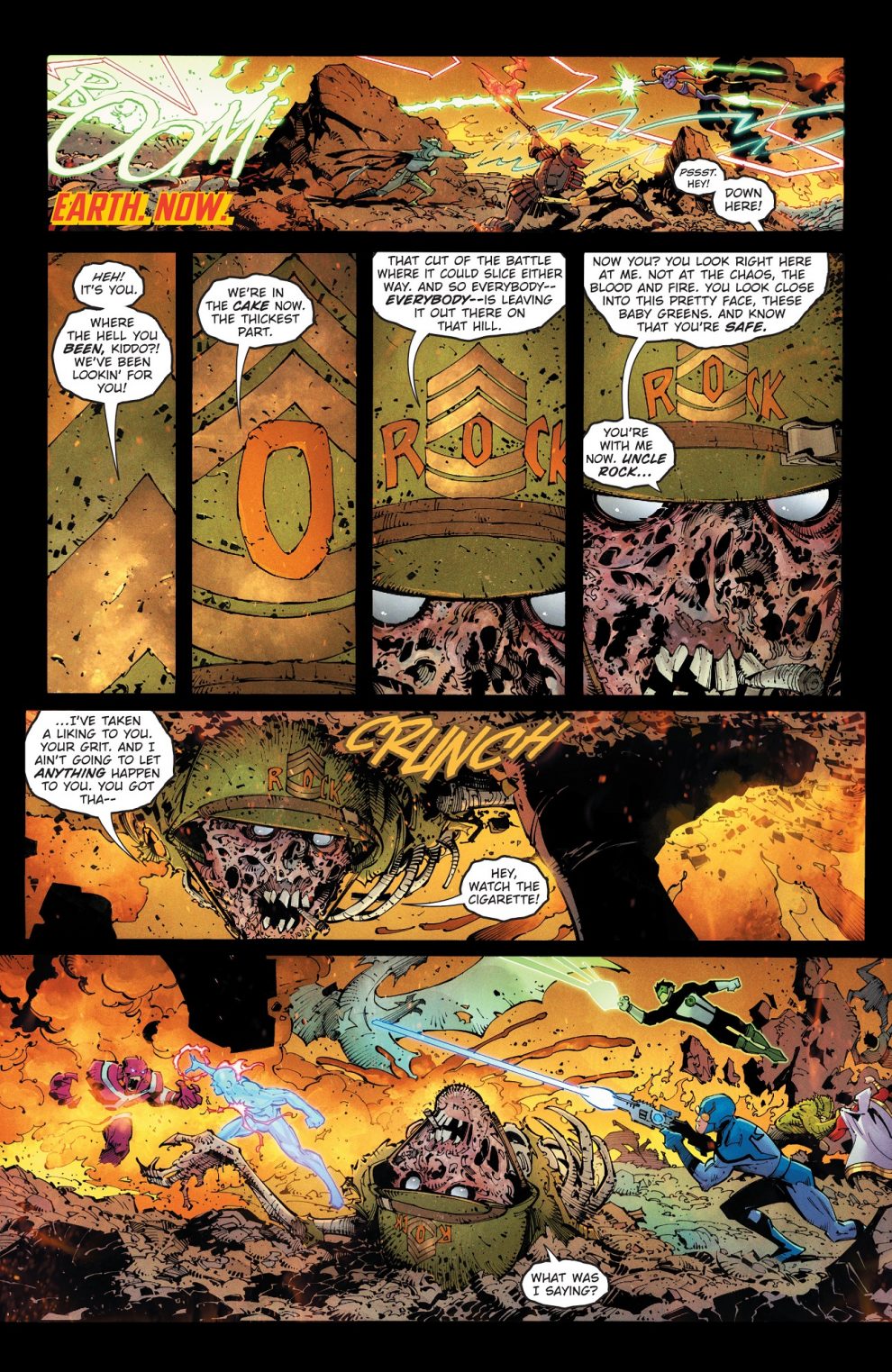 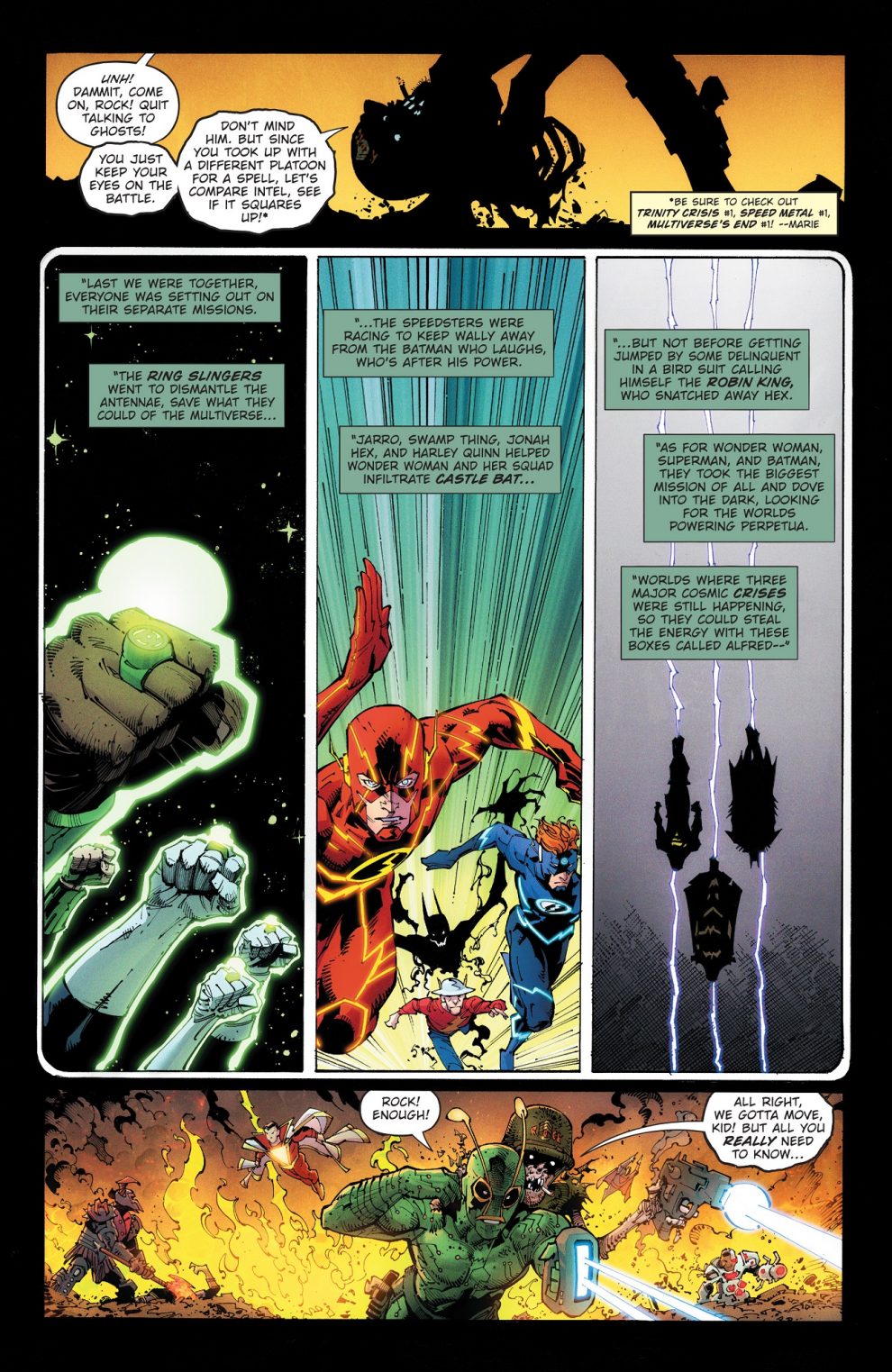 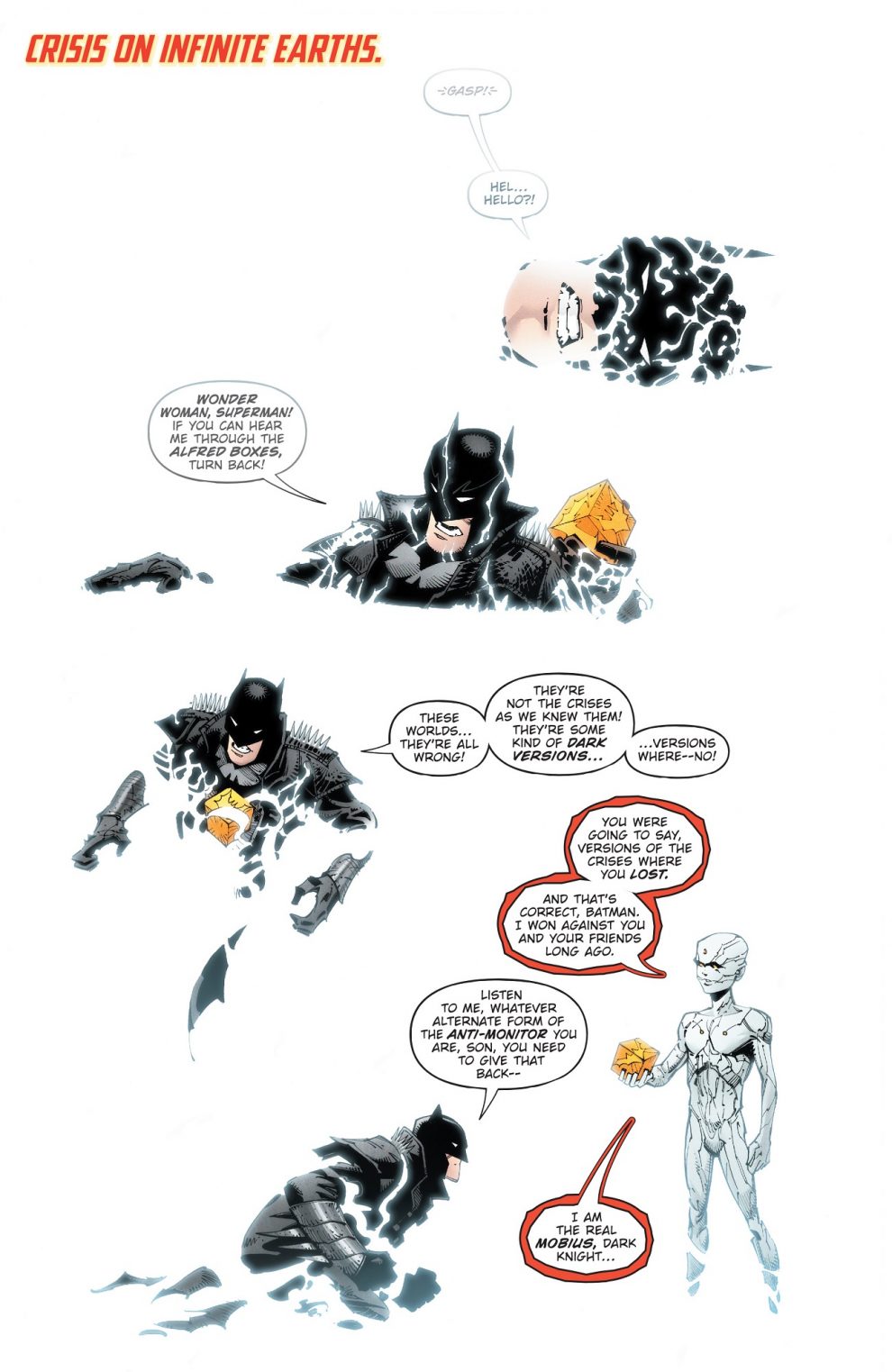 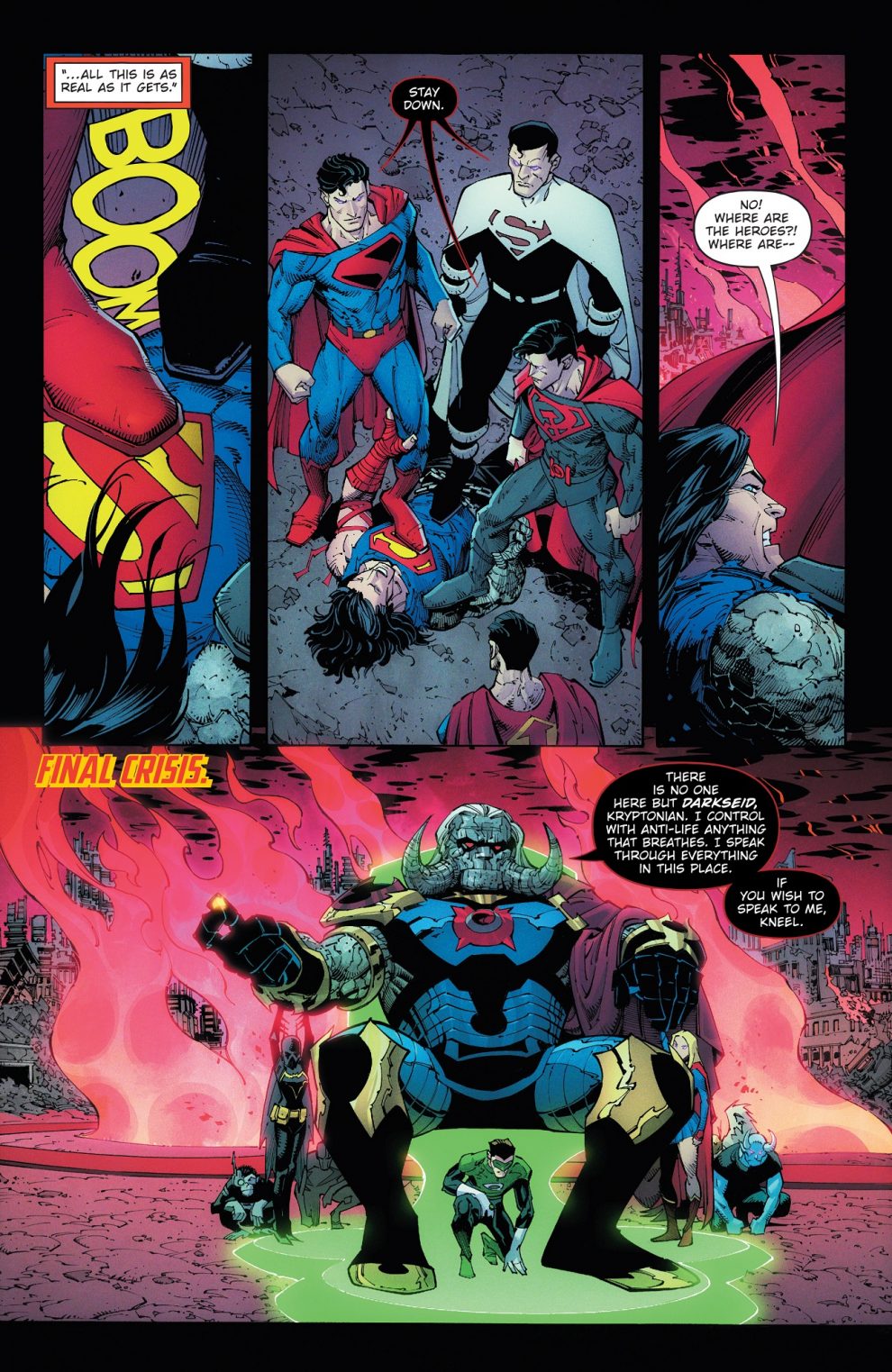 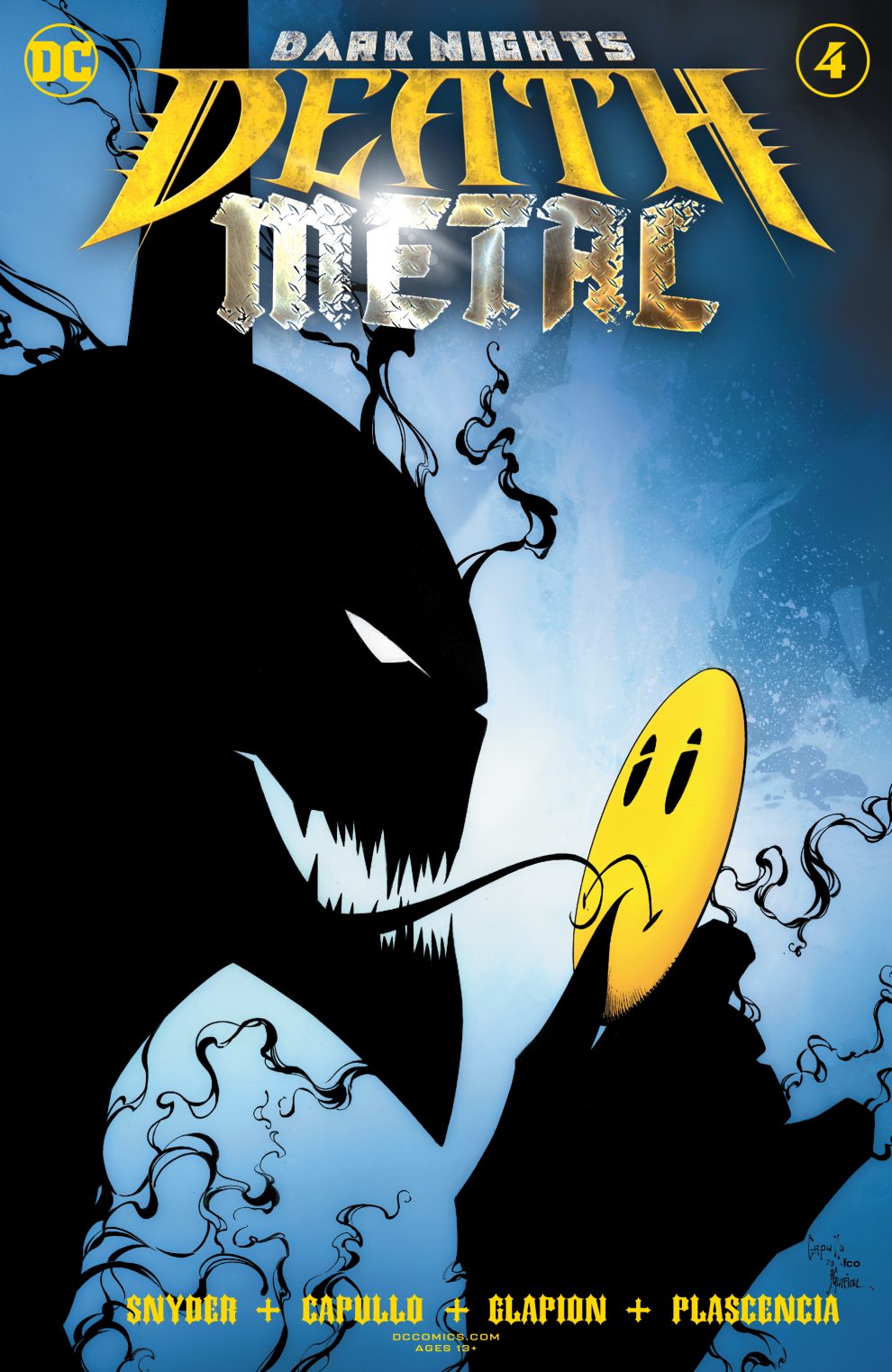 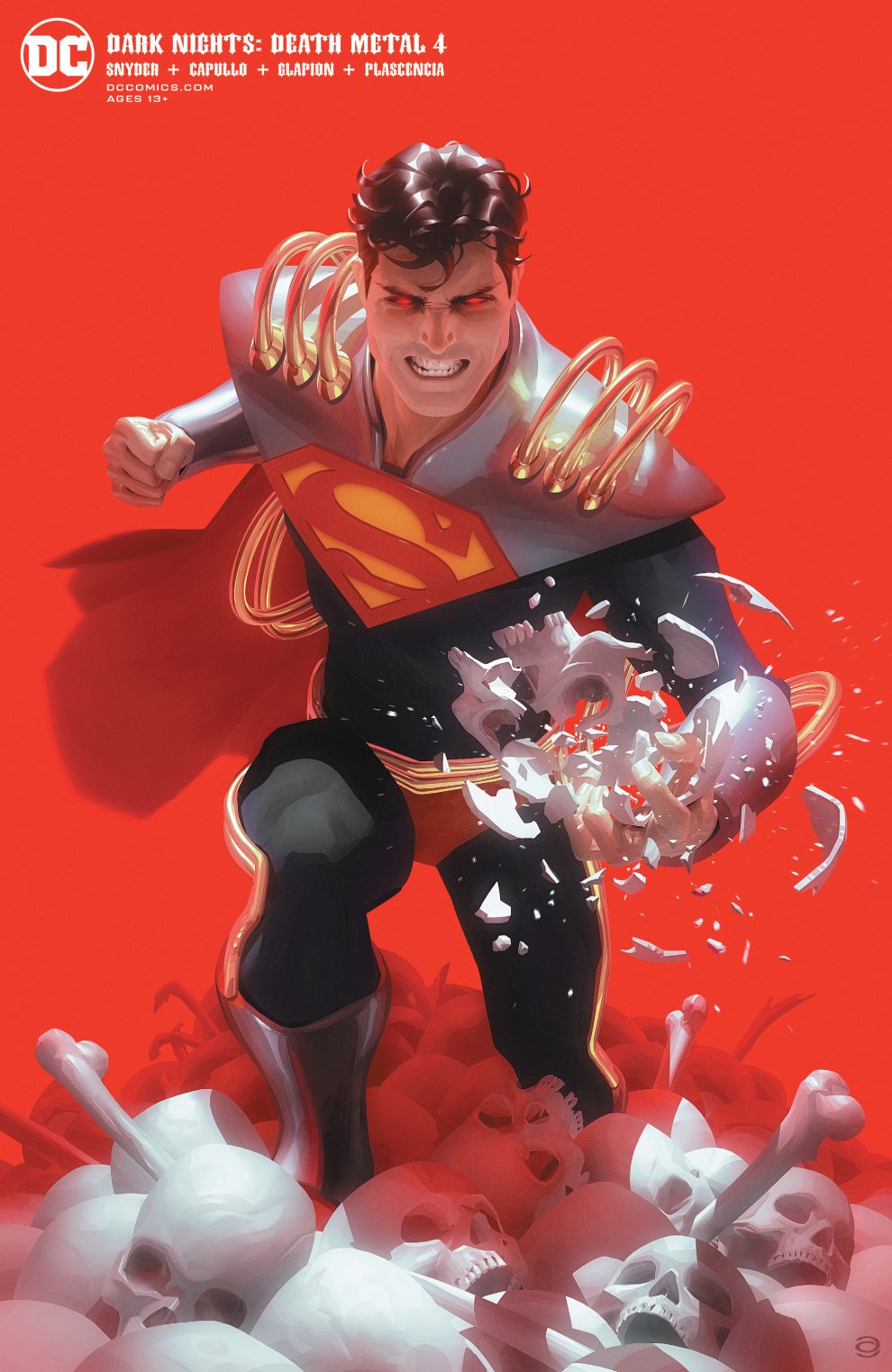 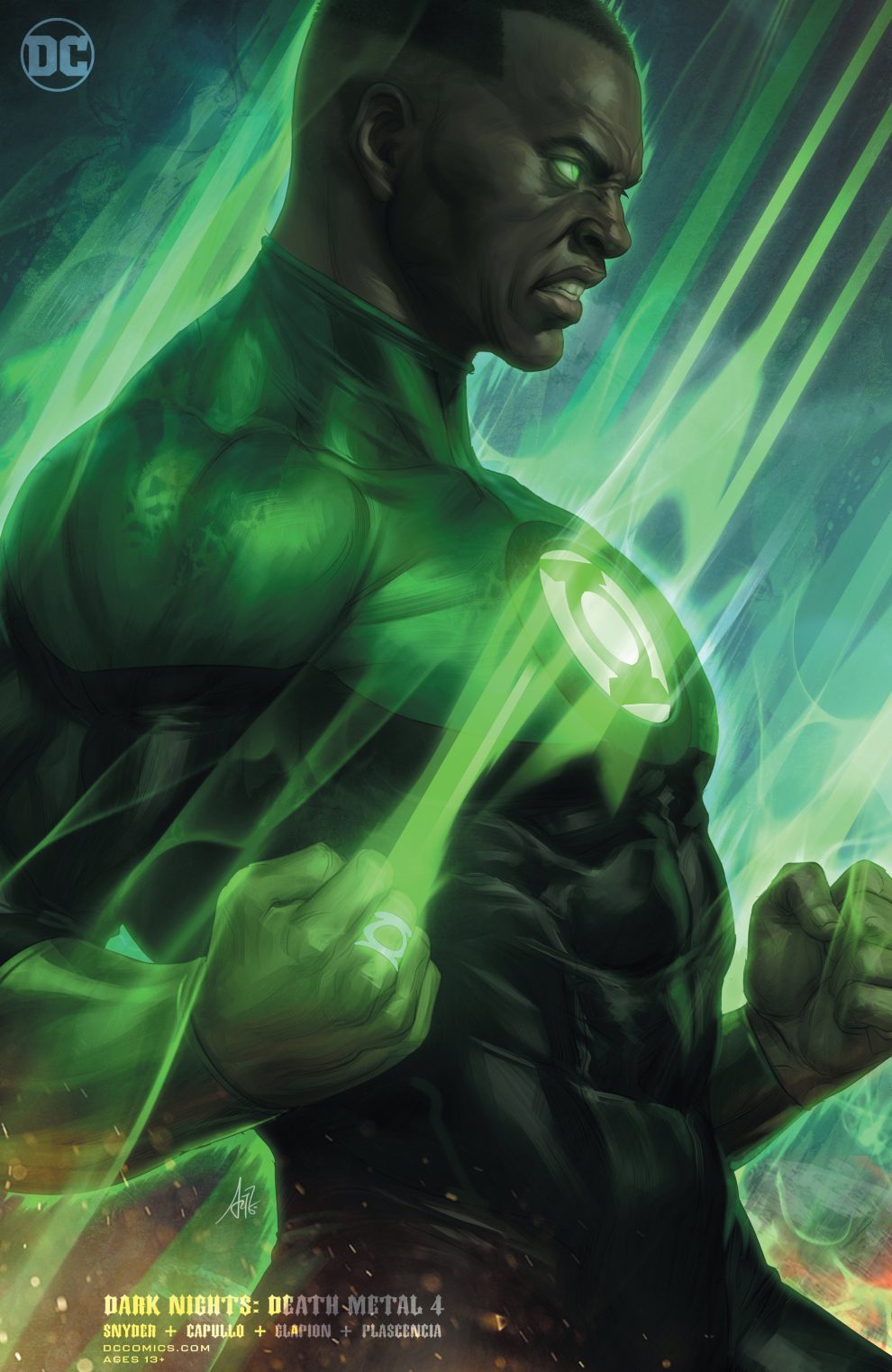 I loved it when Scott Snyder created a Spotify playlist for the original Dark Nights: Metal, back in the summer of 2017, but what’s happening with Death Metal is even cooler! The writer behind this series is voicing the Robin King, and his colleague, artist Greg Capullo will be rocking out as Sgt, Rock, on a new soundtrack album… and this one’s official. Look at the pages above, take in the carnage, horror and face-shredding awesomeness contained within, then strap in and watch the videos at the bottom of this review.

Not only are Greg Capullo, Jonathan Glapion, FCO Plascencia, and Tom Napolitano rocking the comics world, along with movie composer par-excellence, Tyler Bates (Watchmen, Guardians of the Galaxy) they’ve joined with some of the finest talents in rock music, to give us the Dark Nights: Death Metal Official Score!

Dark Nights: Death Metal #4 gives us thrills and spills aplenty, but this whole saga will have a unique rock soundtrack to elevate the atmosphere even further, including a full release from Loma Vista records in 2021!

This issue amplifies the insanity, but the series never claimed to be high art. this is comic-book rock’n’roll, people! Scott Snyder and co. are bringing back every aspect of the DC Universe, and all of it will be ours. A Multiverse is a very cool thing, but a Metaverse is even better!

When this series is over, DC history will be whatever we want it to be. Our heroes will carry within them every adventure they ever had, from 1938 to 2020… and beyond. If that’s not worth getting excited about, then what is?!?