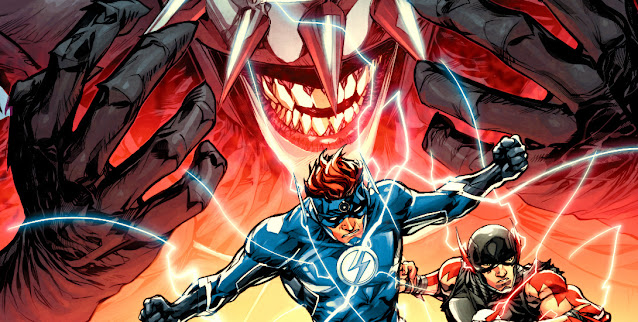 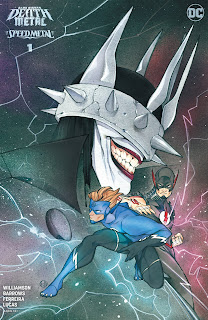 Seeing the creative talents behind Dark Nights: Death Metal – Speed Metal #1 filled me with eager anticipation. I’m overjoyed to report that all five gentlemen have well and truly delivered. This issue gave us all the action, thrills and character moments that I’ve come to expect from the Flash, in all his incarnations.

The entire DC multiverse is what it is thanks to Jay Garrick, and Barry Allen. Both these gentlemen, their protegees, family, and sundry speedsters, are brilliantly represented in this terrific, bumper issue; both in terms of words, and pictures. Over the last four years Joshua Williamson has proven himself to be one of the most entertaining DC writers of the day, and one of the definitive Flash writers of all time.

While I love Alan Scott, Hal Jordan, Jon Stewart, Guy Gardner, Kyle Rayner, Jessica Cruz and Simon Baz, some of those characters have strayed (sometimes drastically) from the paths of heroism and righteousness. When it comes to legacy characters, none have remained as consistently heroic, or inspirational, as The Flash… no matter who’s wearing the costume, or if they’ve had “Kid” glued onto the name. Yes, poor old Wally West has had a terrible time of it recently, but I put that down to temporary insanity, and… damn, he’s lost so much! The beautiful part of it is that he’s not making excuses, he’s making amends. 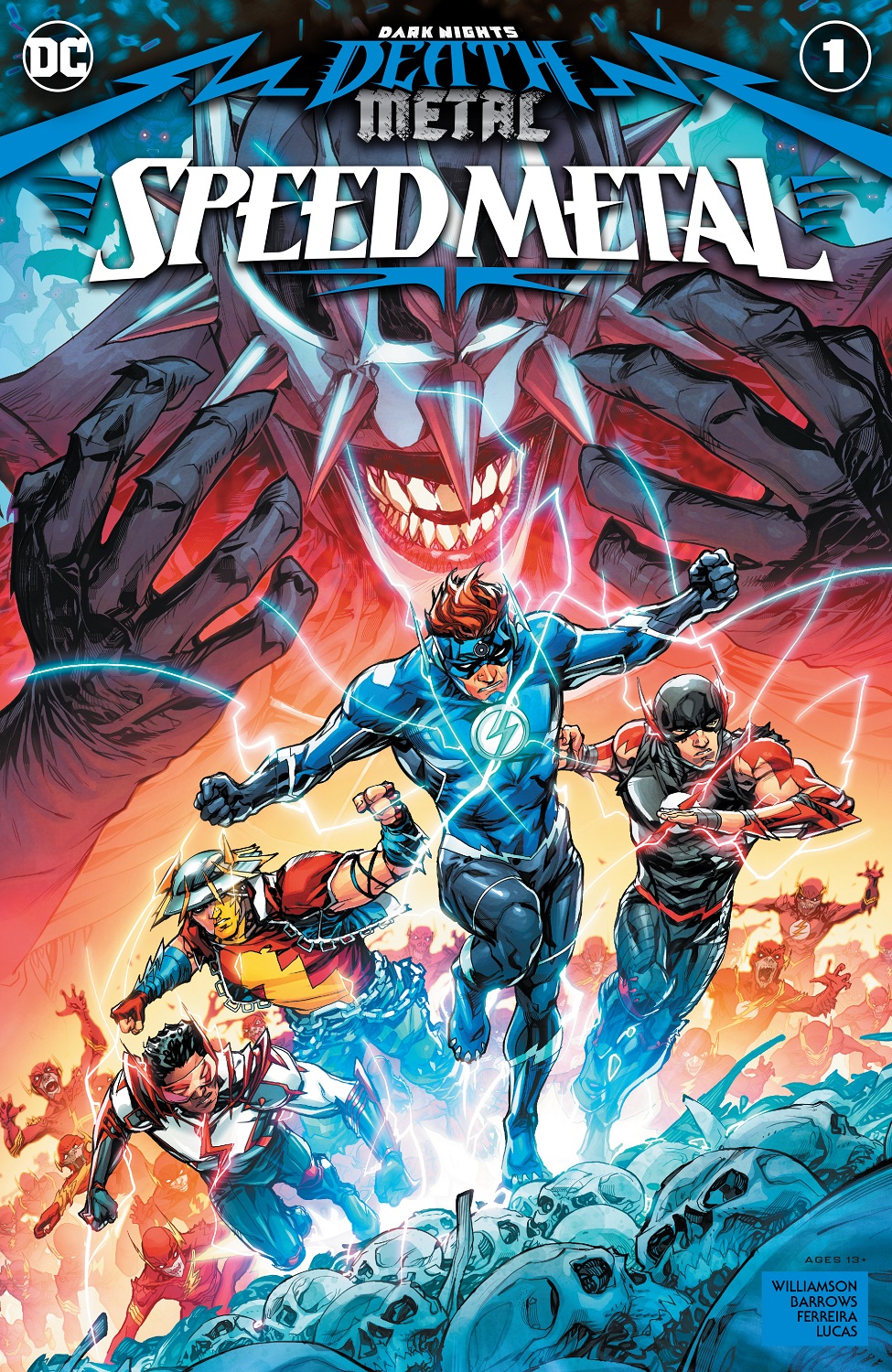 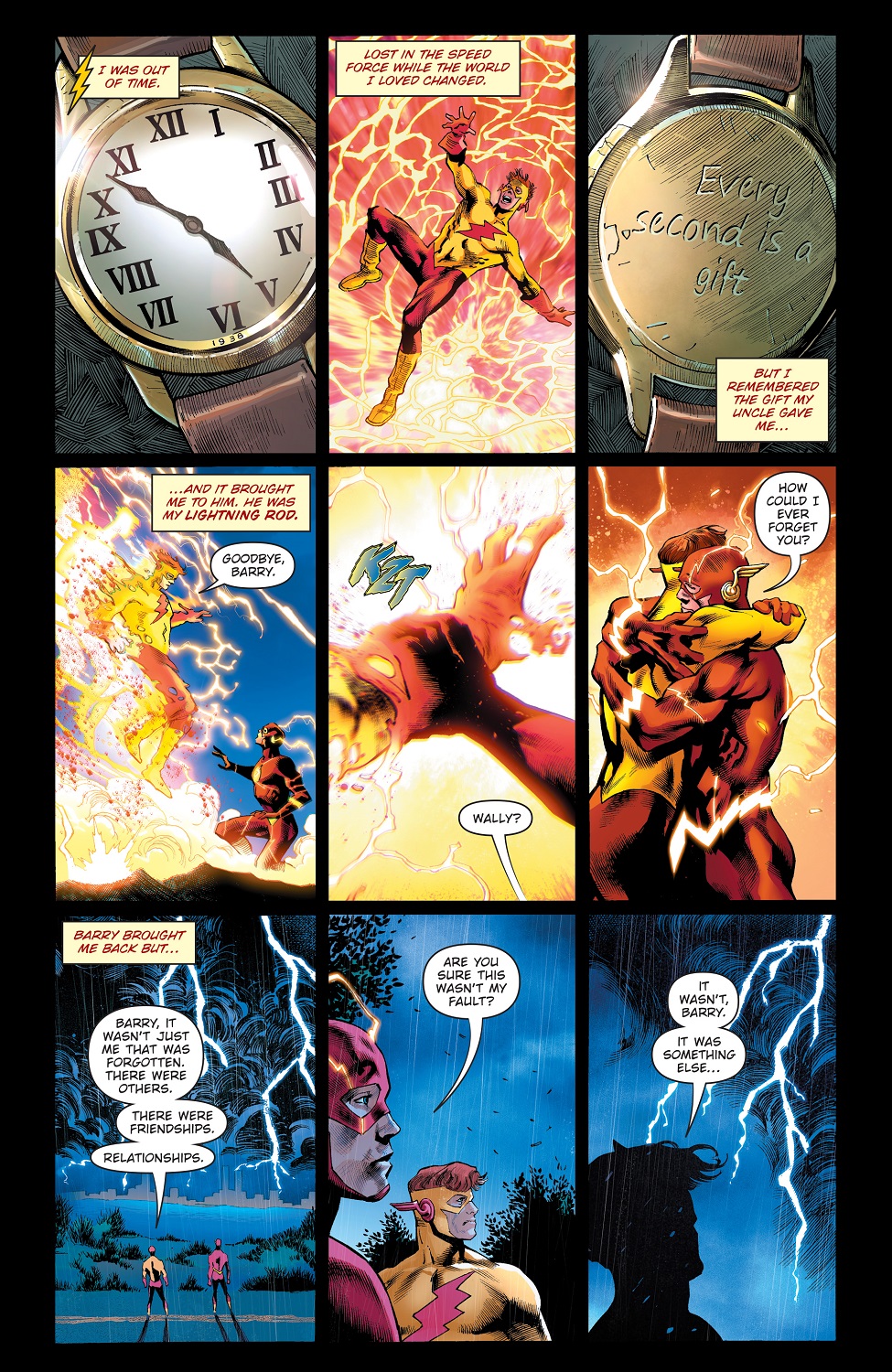 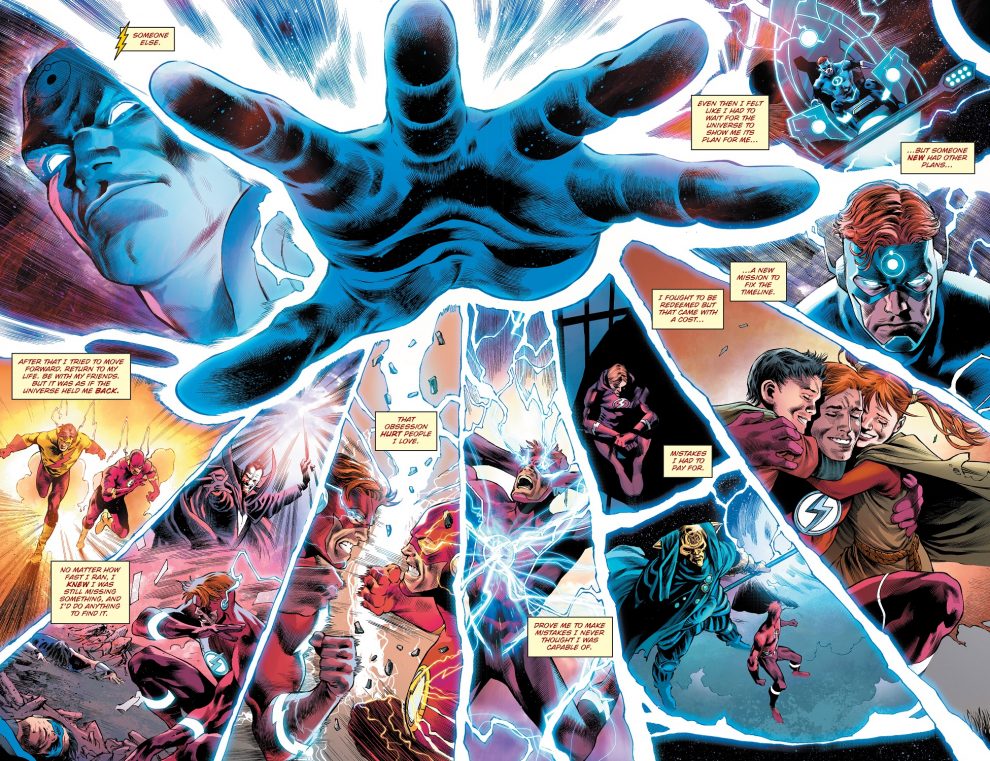 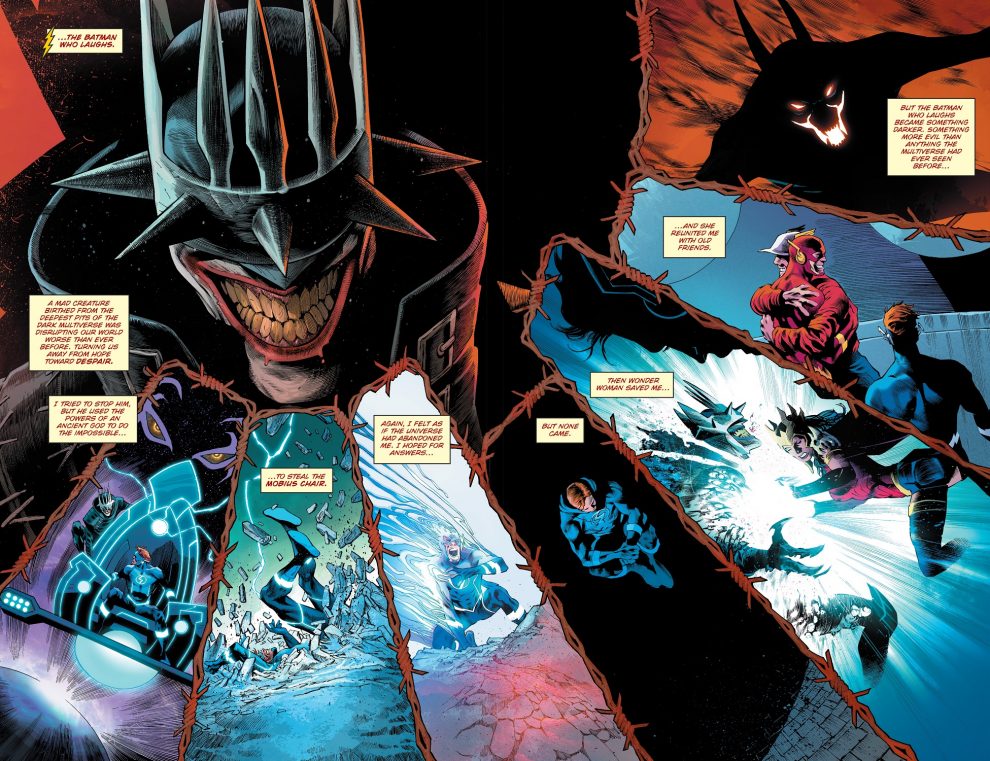 Josh Williamson is one of those writers who not only knows these characters, he clearly loves them. His Jay Garrick is a heroic old warhorse, his Barry Allen is a paragon of virtue, and a beacon of hope. In his hands Wally West is a flawed, yet honorable hero trying to make his own path, yet still honor those he wore the mantle before him. The way the DC Rebirth era has brought back the golden age DC heroes, and restored much of the silver and bronze age continuity, has made this old fan very happy.

Dark Nights: Death Metal – Speed Metal #1 does all this, too… and more besides.

The “never say die” mentality of these characters has been brilliantly handled in this issue, and sumptuously visualised. I’ve said it dozens of times over the years, but when you see that any comic contains pencils by eddy Barrows, inks by Eber Ferreira, and colors by Adriano Lucas, you are guaranteed to be getting real quality. Look at the sample pages above! This is comics art at its finest.

Add in Steve Wands’ exceptional lettering, and the end result is one of those comics which you can hand any fan. You can enjoy this book all on its own, but it will also make you want to read more. As a comics fan, what more could you possibly ask for?

The entire Death Metal series hasn’t just lived up to the original saga, it has surpassed it. Brilliant character issues like this one are part of the reason why. This story isn’t just a celebration of the superhero genre, it’s a tribute and love-letter to the entire history of DC Comics. Speed Metal adds to all that by also being a perfect tribute to The Flash, in all his guises.

If you’re a Flash fan, a DC fan, or a comics fan in general… heck even if you’re not, I highly recommend picking up this comic.