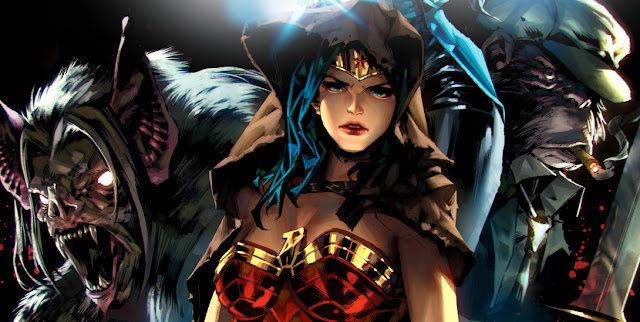 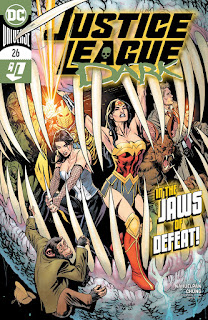 Justice League Dark #26 begins with a grimace, and a threat, but ends with a smile. This could be the cleverest opening and close to a comic I’ve seen in a long, long time, because neither expression leads to, nor comes from, where you’d expect. This series has always impressed me with its daring, its imagination, and because it always asks the right questions.

Do you believe in magic?

The threads that have been woven since this title was relaunched have finally asked all the tough questions about the power of magic, its effects, and its cost. Last month we saw Giovanni Zatara pay for his daughter’s naivete, the hard way. This time around we learn one of the most important lessons of all, as the team finally confronts the Upside Down Man. 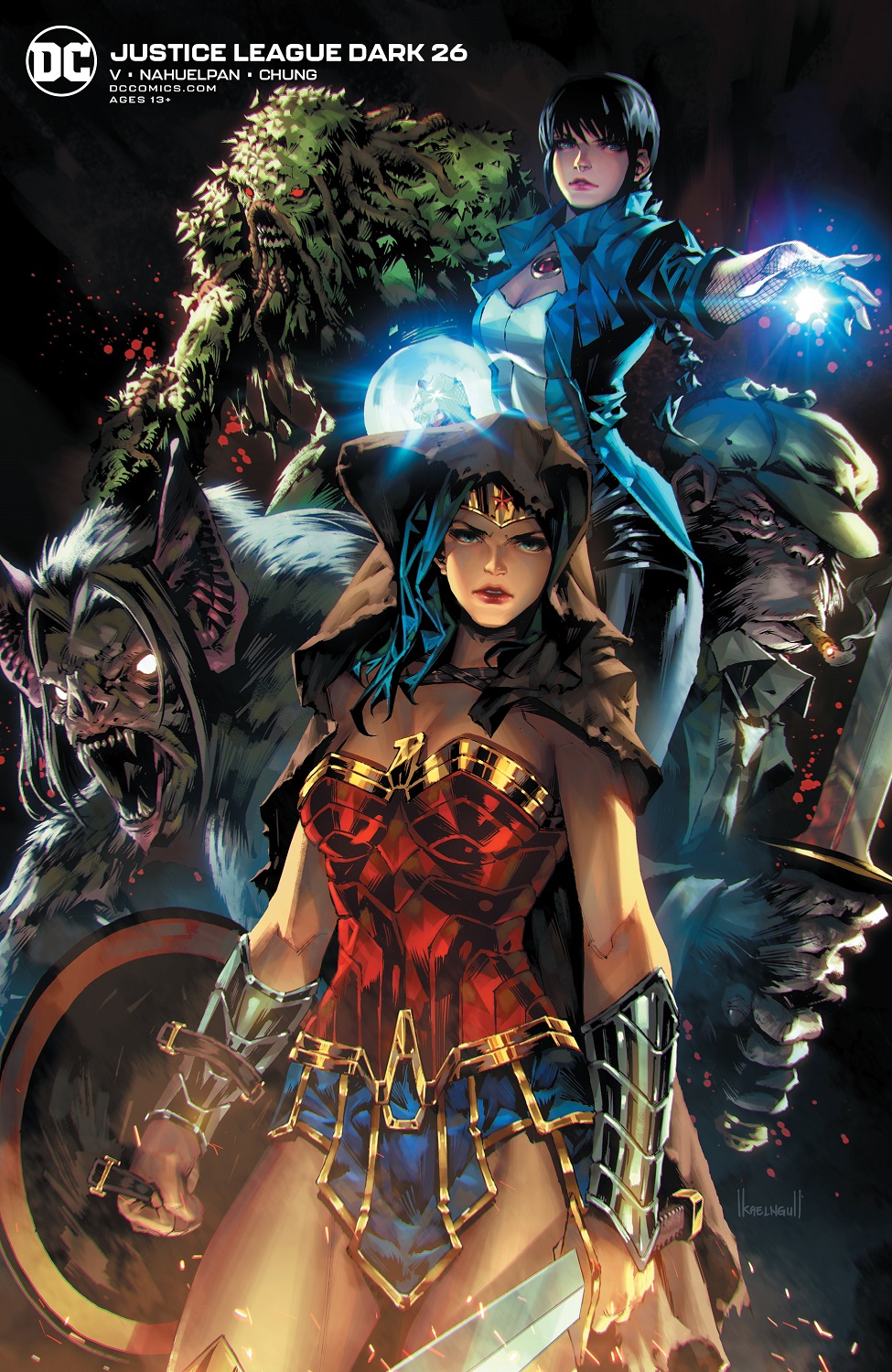 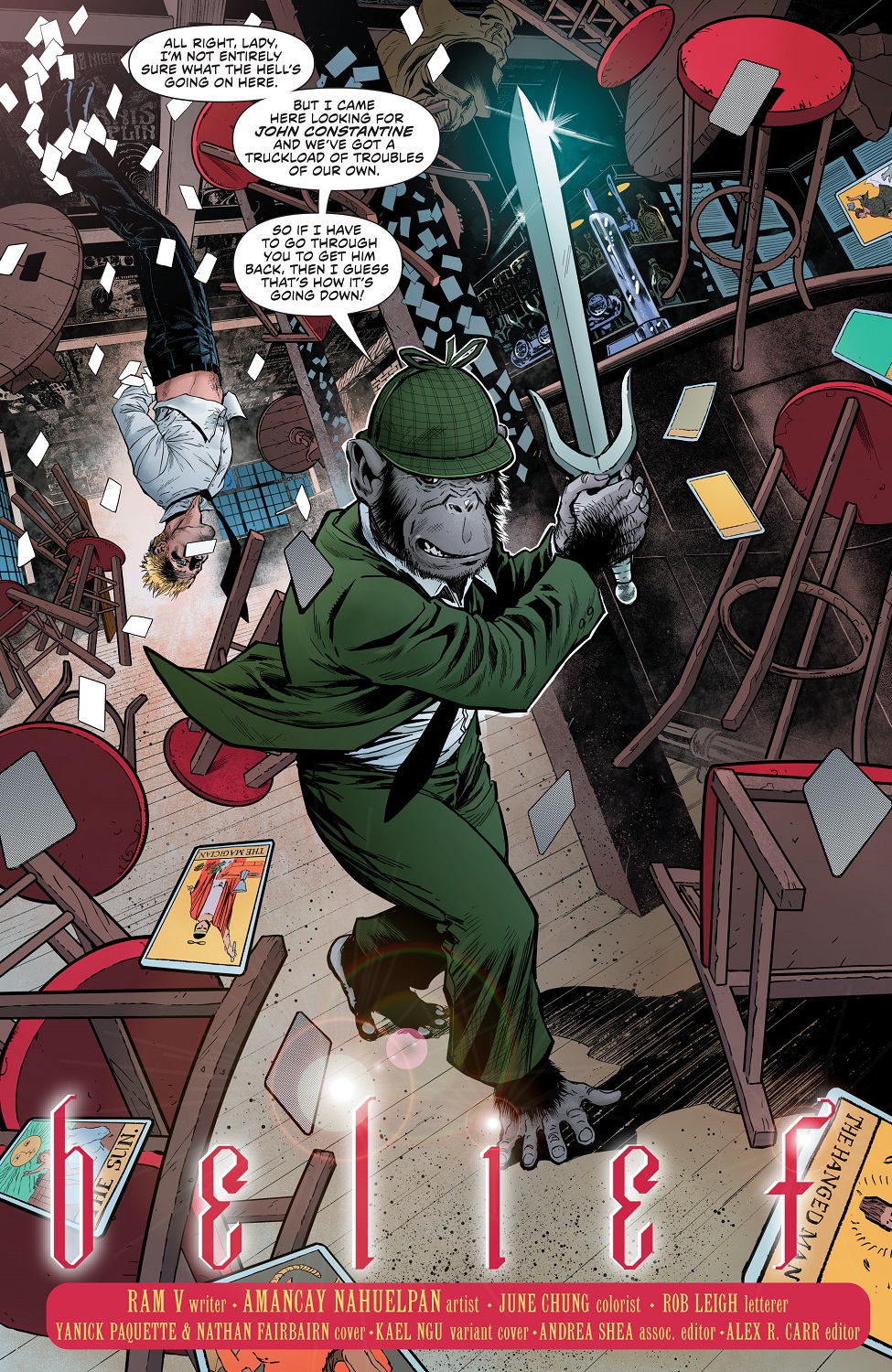 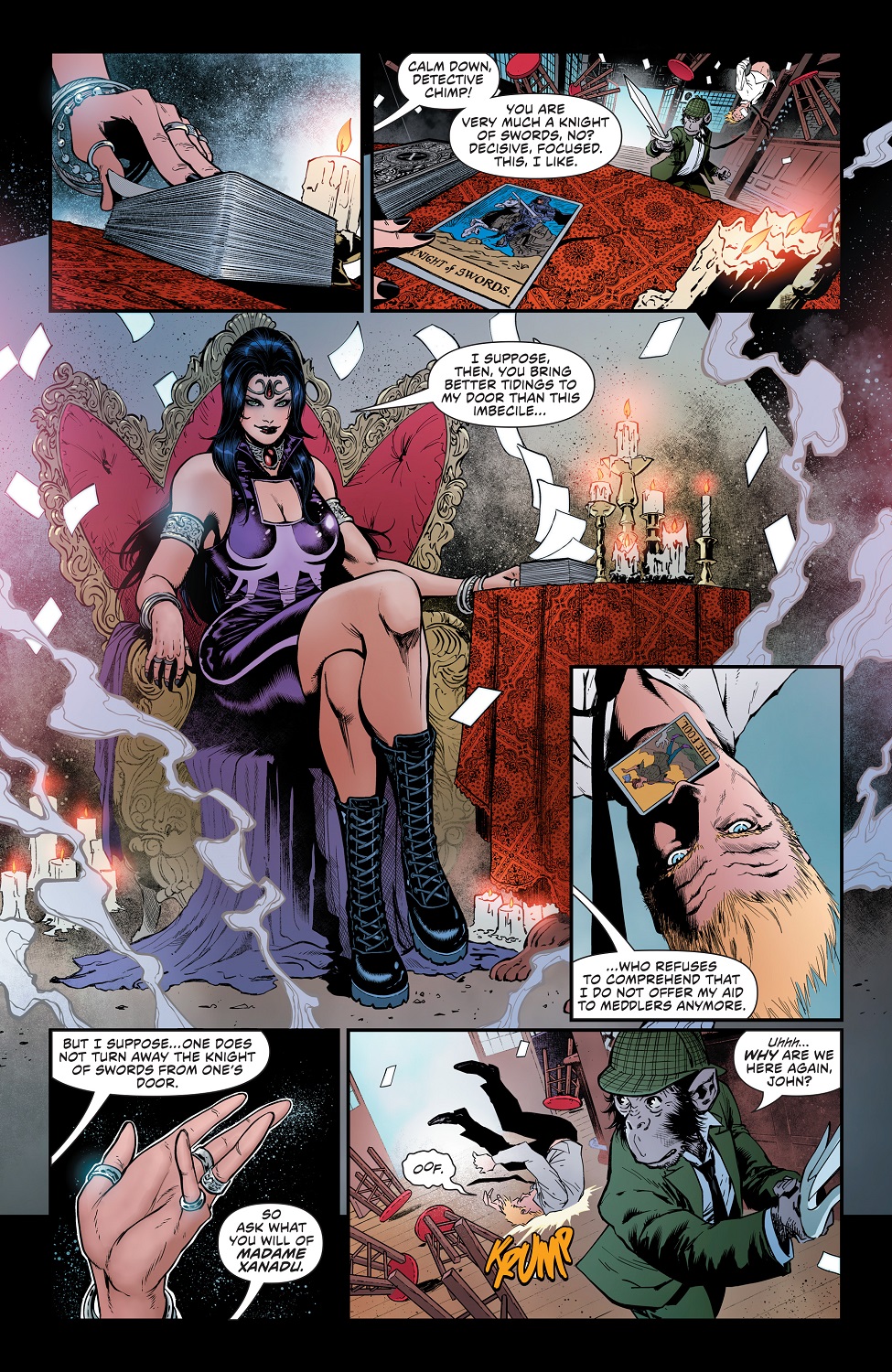 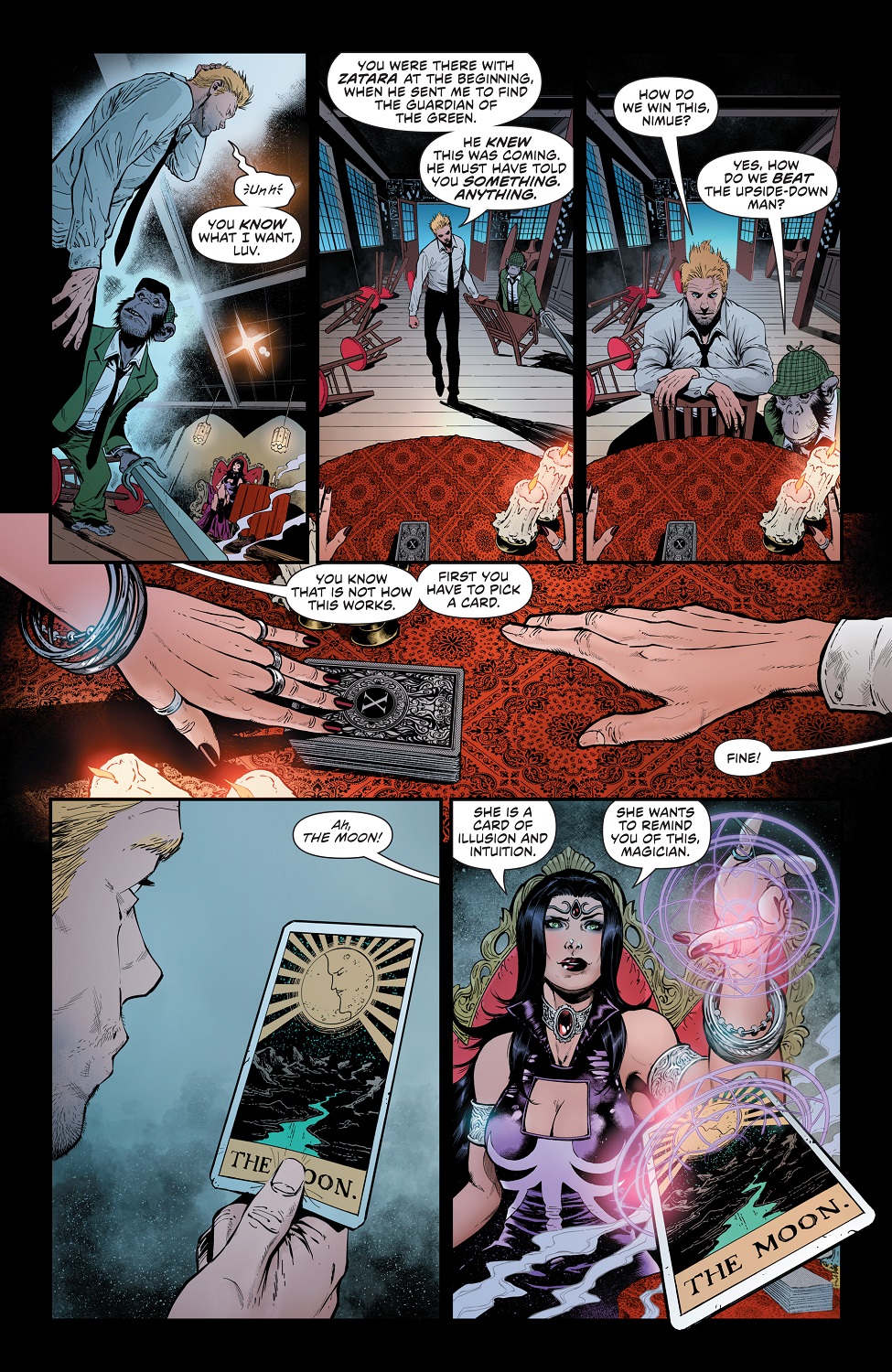 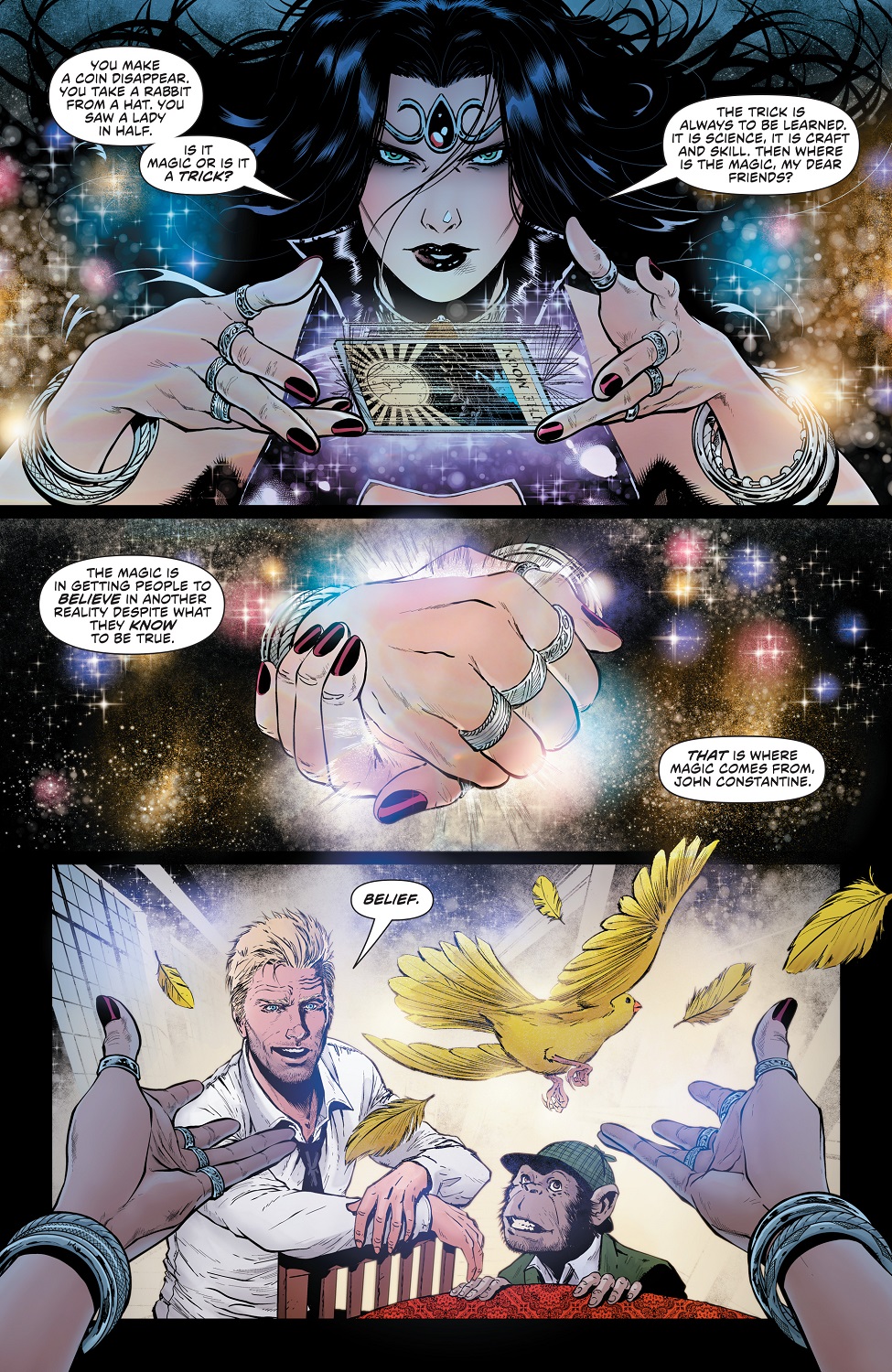 Upside Down You’re Turning Me

I do not envy Ram V and Amancay Nahuelpan, because James Tynion IV, Álvaro Martínez Bueno and Raül Fernandez are a tough act to follow. Tynion, Martínez, and Fernandez created the Upside Down Man, but the new creative team are telling his story. I can’t lie, I didn’t know whether these new creators could live up to the expectations set by their predecessors. Sometimes I just love being proven wrong.

The Upside Down Man is one of comic’s scariest creations in decades, but this issue has made him scarier still. I always wondered whether the marks on the creature’s body were scales, scars or just some kind of cosmic acne… the truth is far, far scarier. In Justice League Dark #26 we finally see exactly what they are… it’s a real eye opener.

I must also tip my hat to June Chung and Rob Leigh for the gorgeous colors and lettering in this issue. June’s effects feel ethereal and magical, and Rob Leigh keeps impressing me, creating new ways to make sounds leap off the page, thrill, excite, and terrify. This title has always delivered exceptional visuals, and while I miss the Martínez, Fernandez and Brad Anderson team, these new guys and gals are no slouches. Also, we still have Rob Leigh laying down the letters, and taking no prisoners.

I sense that something huge is coming next month. I said that this issue ends with a smile, but you need to see who’s smiling, and why. I know that Zatanna, Wonder Woman, Detective Chimp, Swamp Thing, and the new Doctor Fate are really going to cut loose net month, particularly after the shocking events of this issue.

Can they defeat the Upside Down Man? I believe in the Justice League Dark… do you?