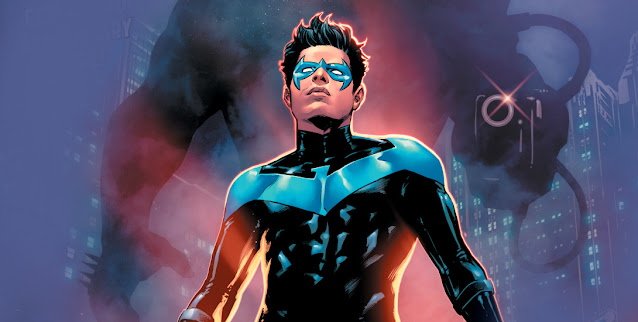 "Who Is Dick Grayson" 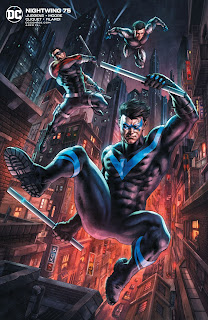 In case anyone missed it, Dick Grayson is back, baby! Woohoo! Nightwing #75 puts the final piece of the puzzle into place, as it leads into the events of Batman #100 whilst simultaneously tying up the loose threads of the entire Ric saga. This issue has everything! Action, drama, emotion… and a Beast out for revenge.

Dick’s return has consequences, as not everyone is happy about our hero’s return.

Dan Jurgens really has done a masterful job unifying, expanding, and enhancing the work of the writers that started this saga, while reaffirming just how important, loved, and awesome Nightwing is. His look back over the last 25 issues, Team Nightwing, and the ripples that followed Dick Grayson’s shooting (way back in Batman #55) has been incredibly impressive. Having this issue start with a visit from Garth (Aqualad/Tempest) and Donna Troy (Wonder Girl/Troia) also made this particular old-school Teen Titans nerd very, very happy. 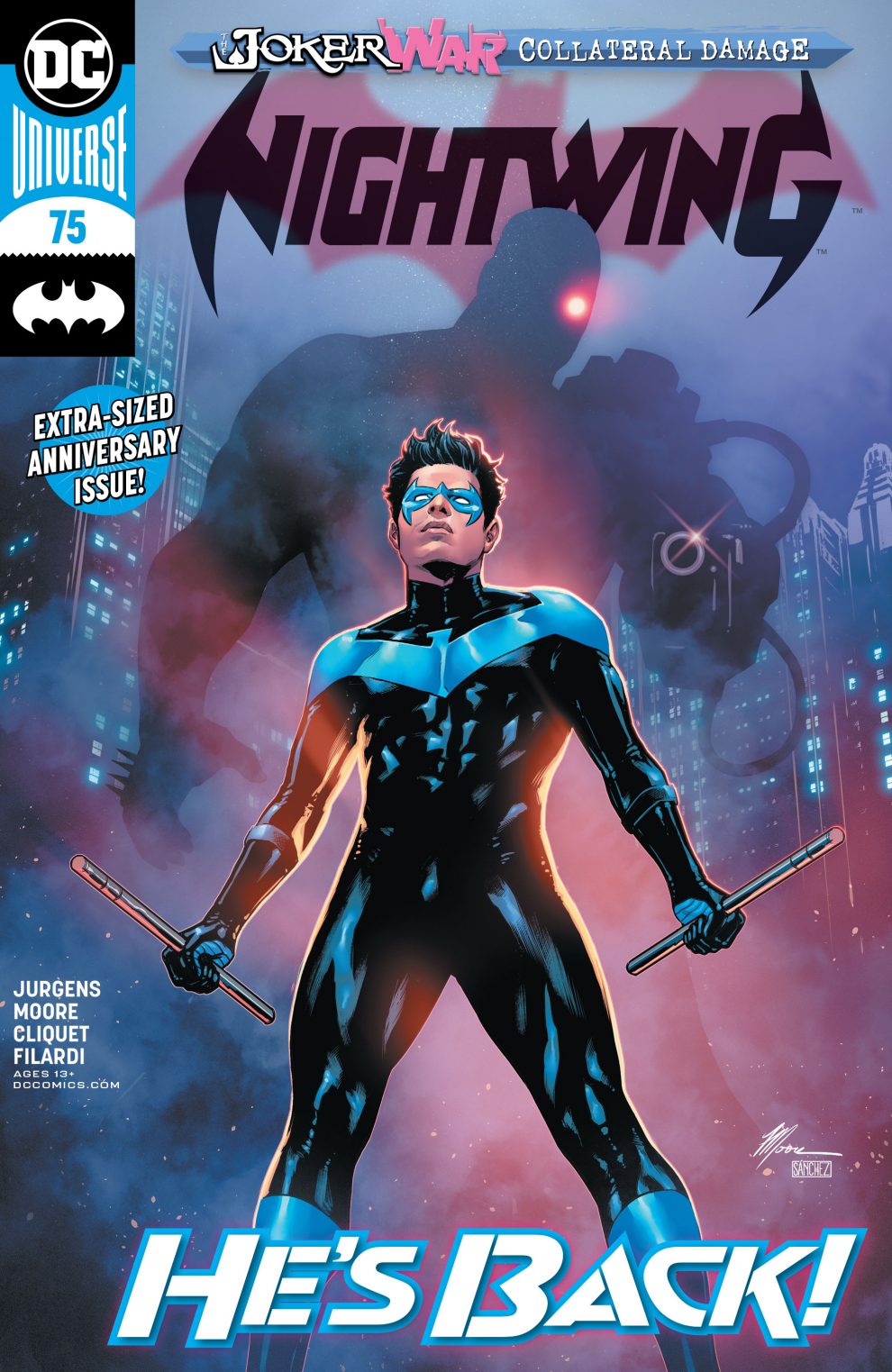 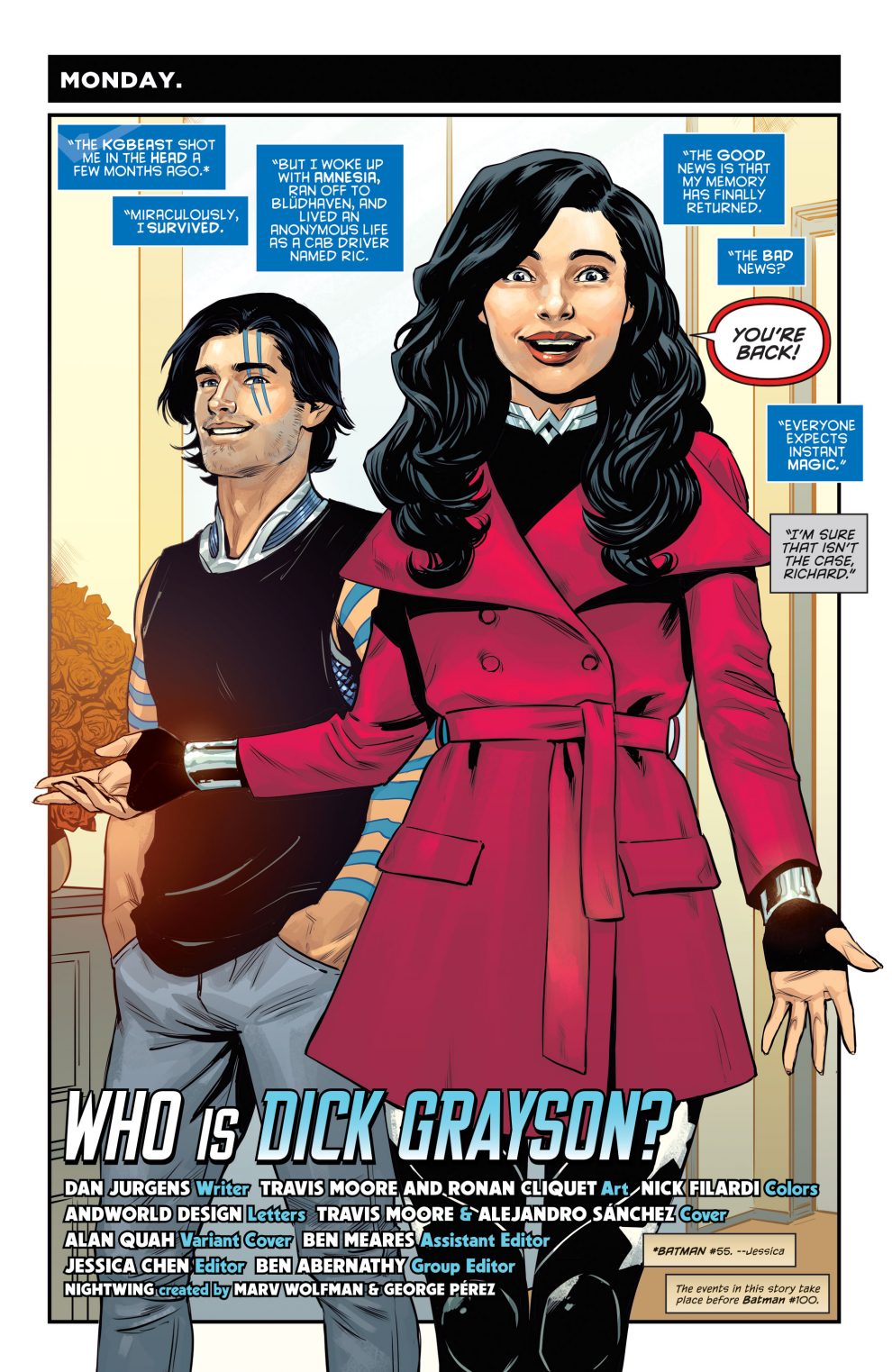 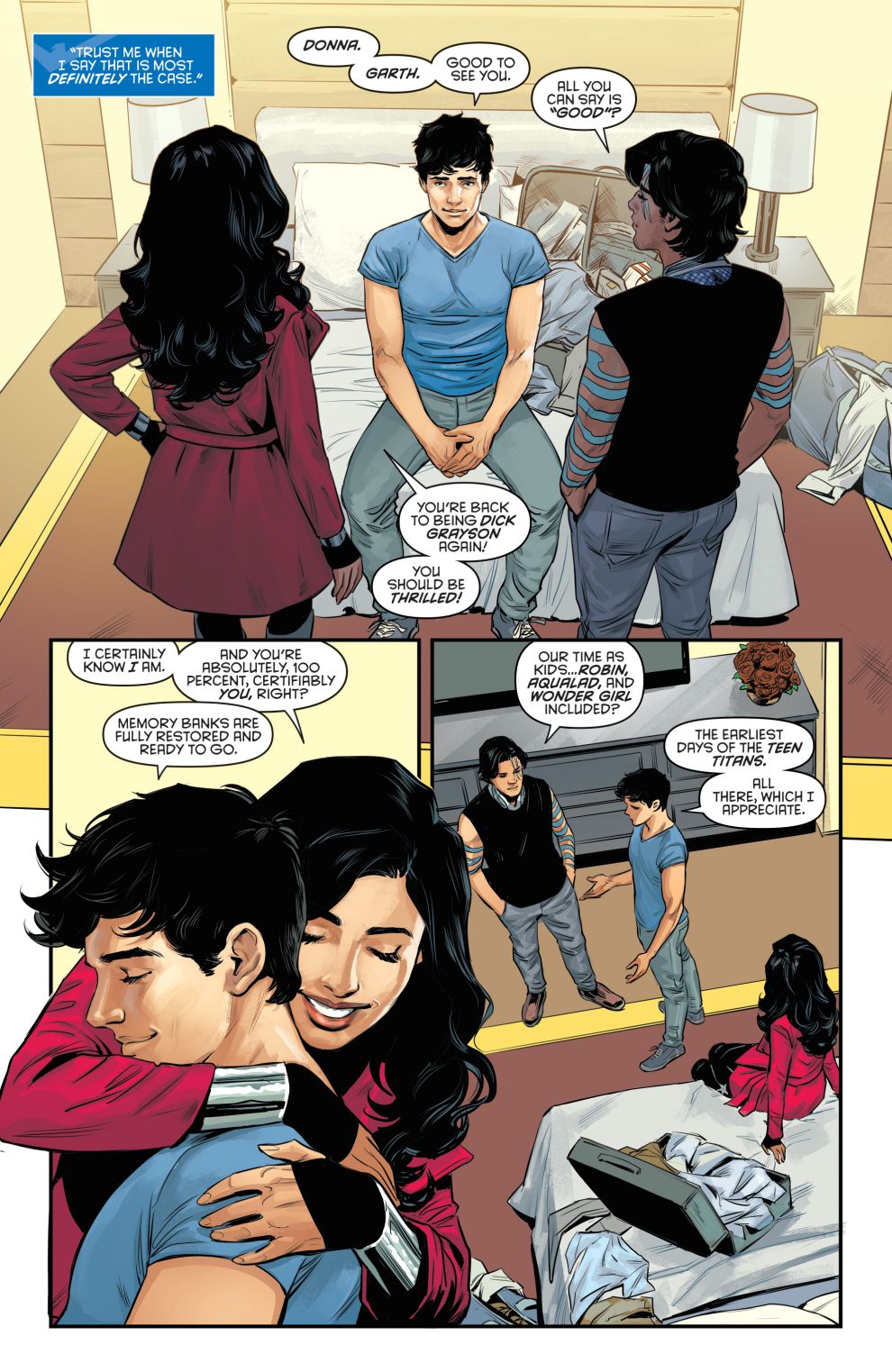 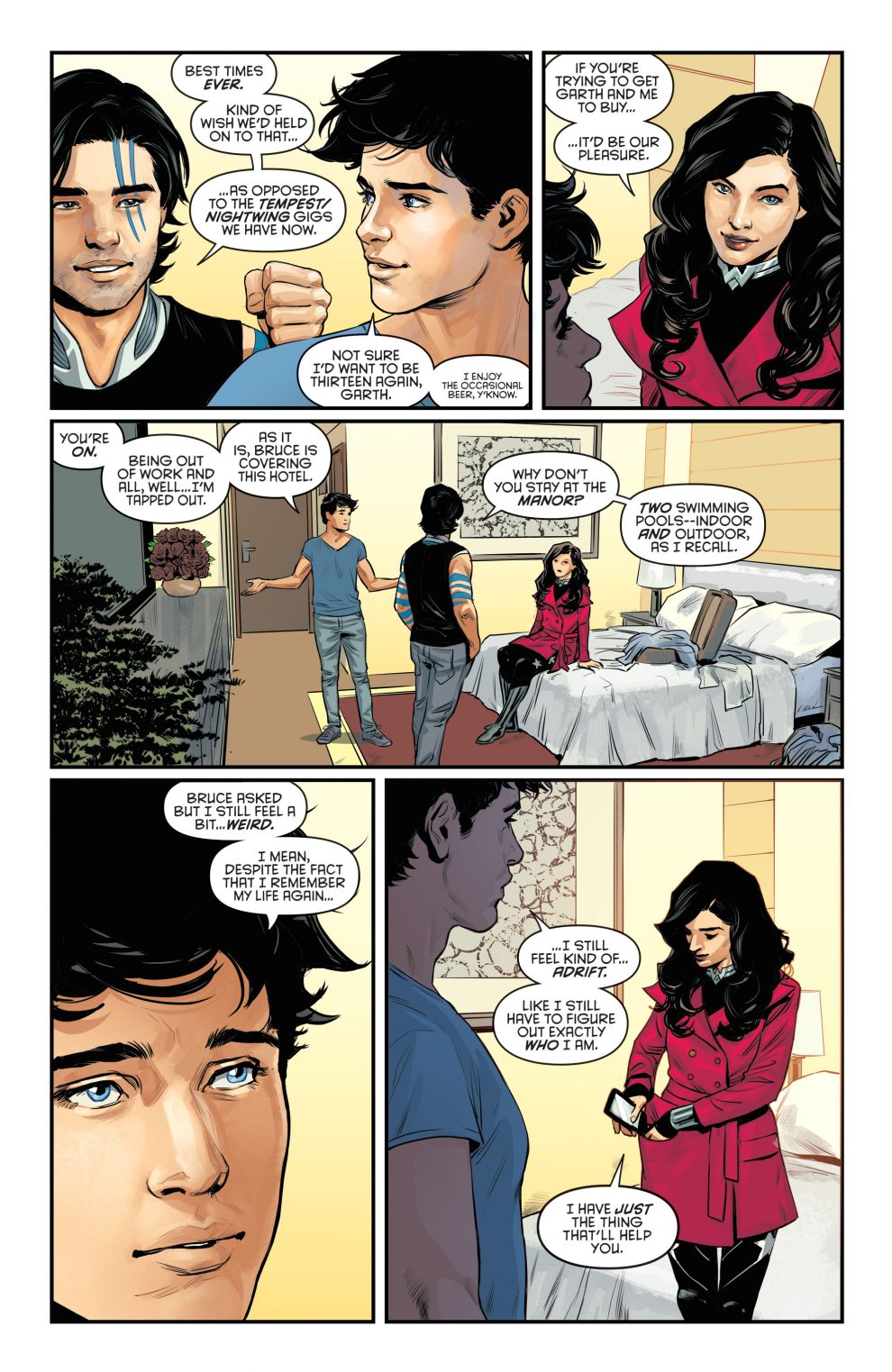 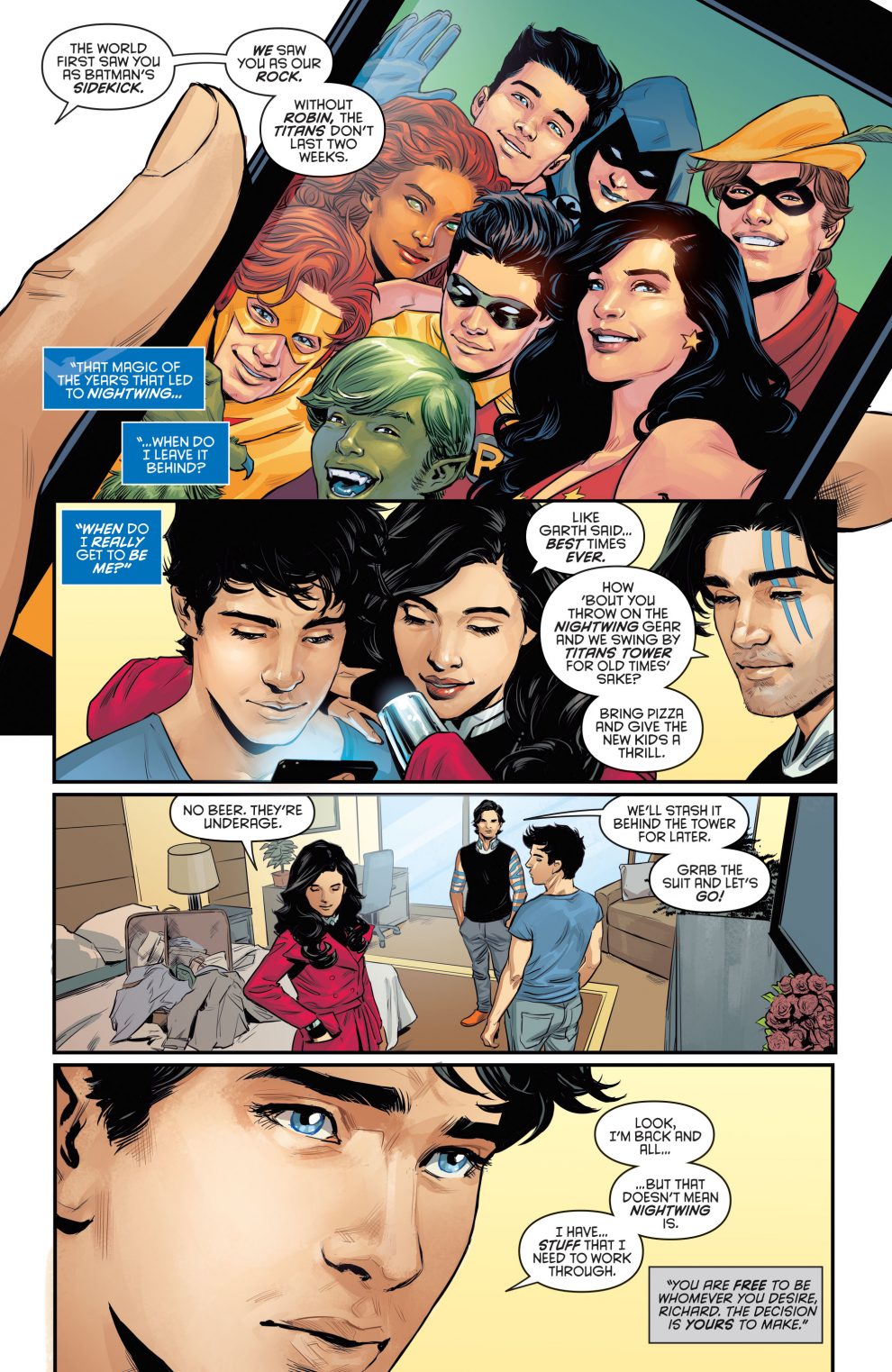 Do you know what else made me happy, seeing the wonderful Travis Moore back on the art, joined by Ronan Cliquet, no less! Ronan has made this book his own, and, for me Travis ranks with Scott McDaniel and Greg Land as the greatest Nightwing artists of all time. Having these talents illustrating Nightwing #75 was a stroke of genius.

Seeing Garth in a sweater-vest, and Donna in a winter jacket really made me smile. The emotions, the body language, and the natural ways the characters move is gorgeous to see. Don’t worry though, this is a comic-book after all, so all the domestic bliss inevitably gives way to some truly excellent action, later in the issue.

AndWorld Design also deliver. Dick’s internal monologue, that of the watching, and dearly missed father figure, plus the thoughts of the villain du jour, are all beautifully crafted.

Nightwing #75 brought a satisfying end to a stellar, yet incredibly controversial run of stories. Cleverer than that though, it also gave us repercussions, and consequences. We’ve seen Mr Grayson’s would-be assassin laid low by Batman, targeted by Robin, and even ridiculed by his own kind. To say he wants payback would be a massive understatement… as the explosive ending to this issue proves.

The wait for issue #76 is going to be simply Beastly.