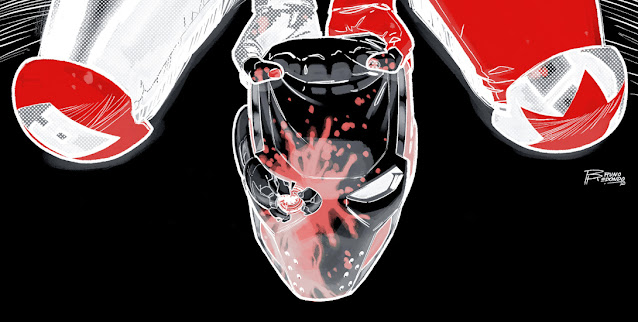 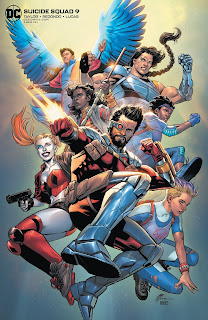 After several weeks of hype and build up, Suicide Squad #9 sees the much heralded apparent demise of a certain Floyd Lawton. After Tom Taylor let the cat out of the bag several weeks ago, we all knew that this day was coming. However, some fans were speculating that this was a huge bluff, an example of a classic bait and switch. Whilst we like to avoid any overt spoilers here at Dark Knight News, the manner and circumstances surrounding Deadshot’s date with destiny do seem to be fairly cut and dried… as is the cover art.

What does truly shock and surprise though, is the chain of events that lead to this end of an era (or is it?) Featuring a fake Man of Steel and a return to the big time for an oft forgotten Batman villain, I almost sprained my wrist from continuously picking my jaw up from the floor. Just when you think you have a handle on events, Taylor expertly pulls the rug out from under you.

With a final panel that’s guaranteed to leave all readers desperate for the next issue, the narrative is coming to a big crescendo now. Just two issues remain until the end of the road for this era of Task Force X, and the creative team have certainly crammed a lot of premium content into their short run on the title. 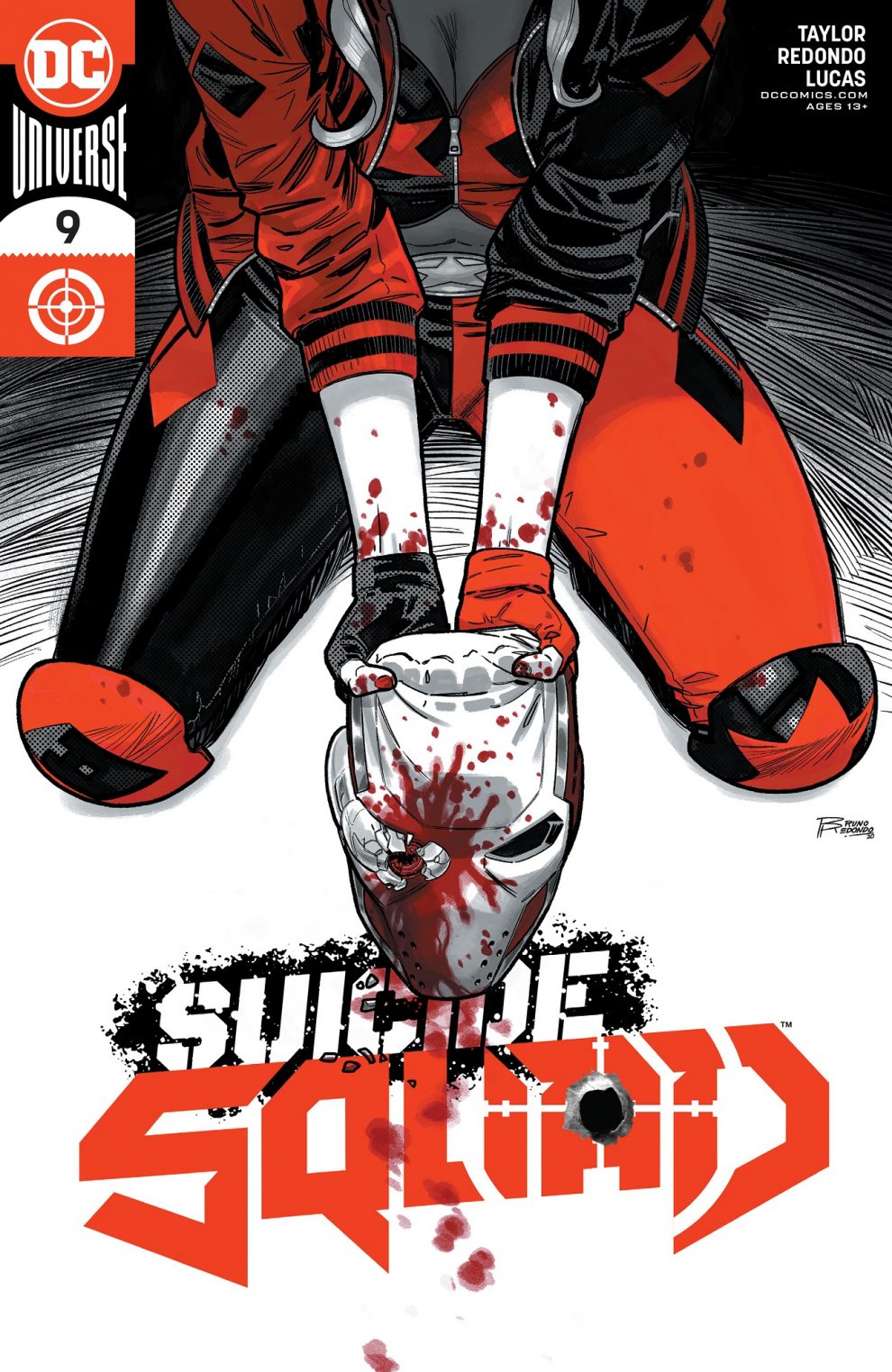 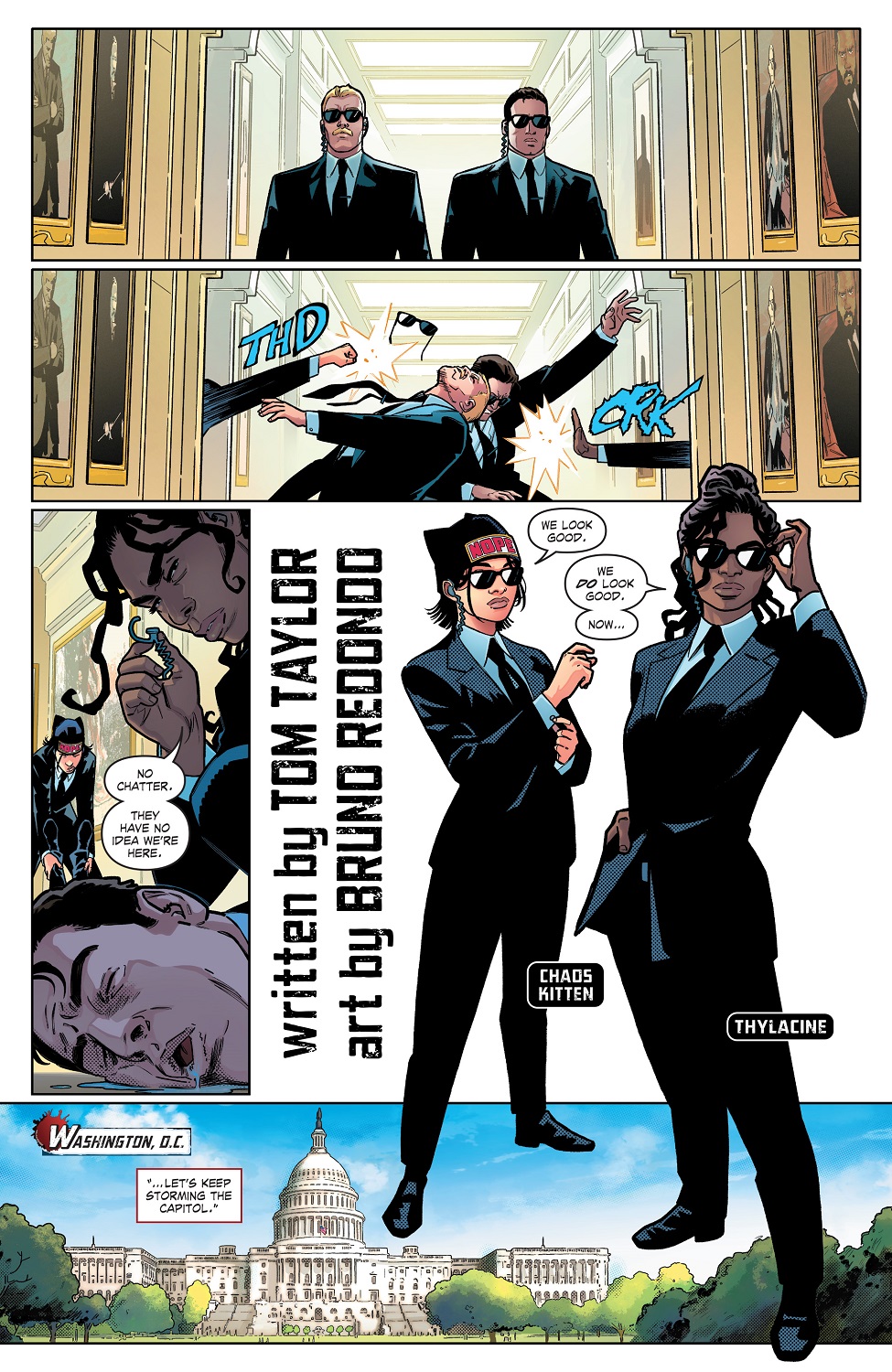 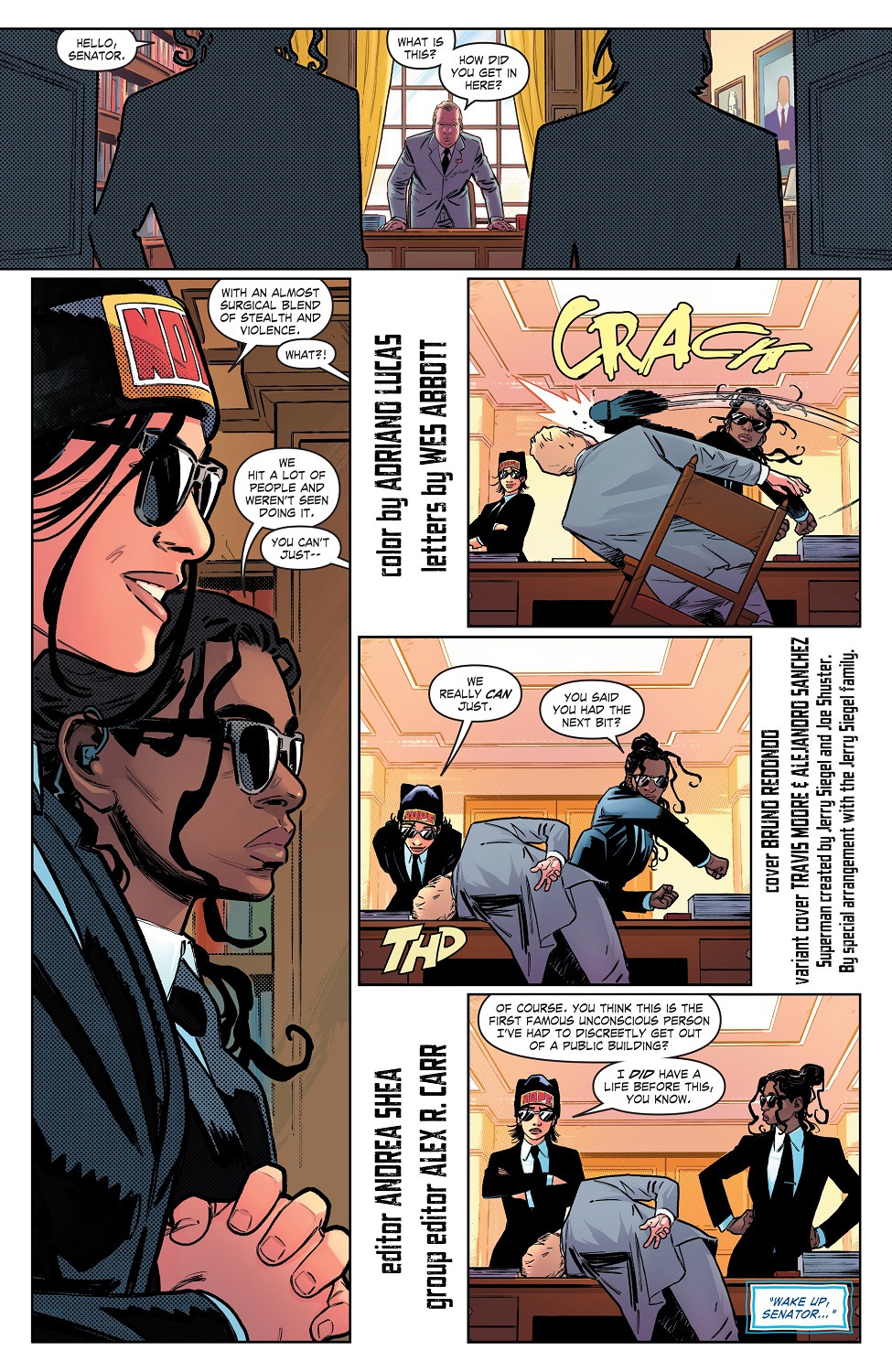 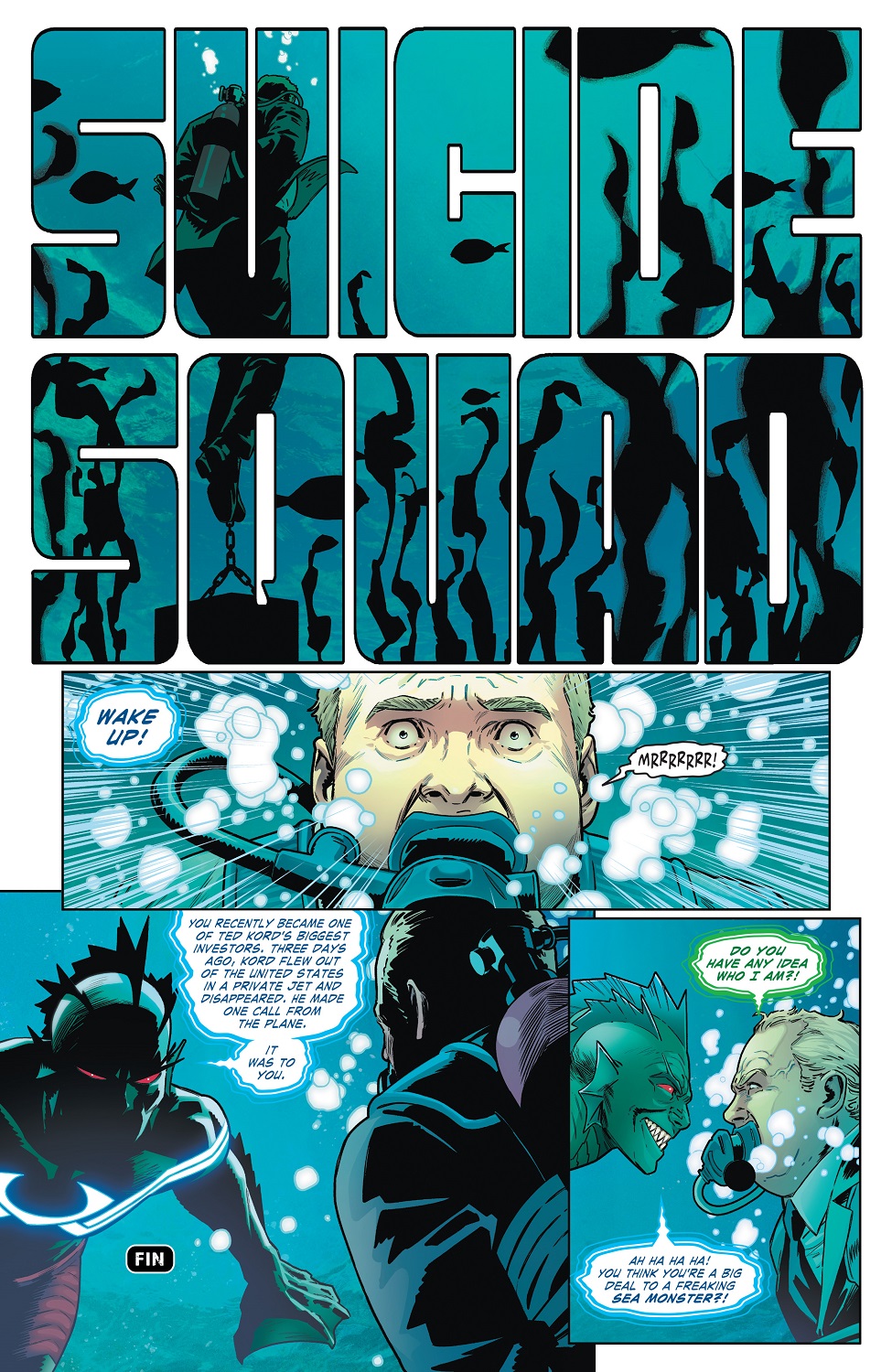 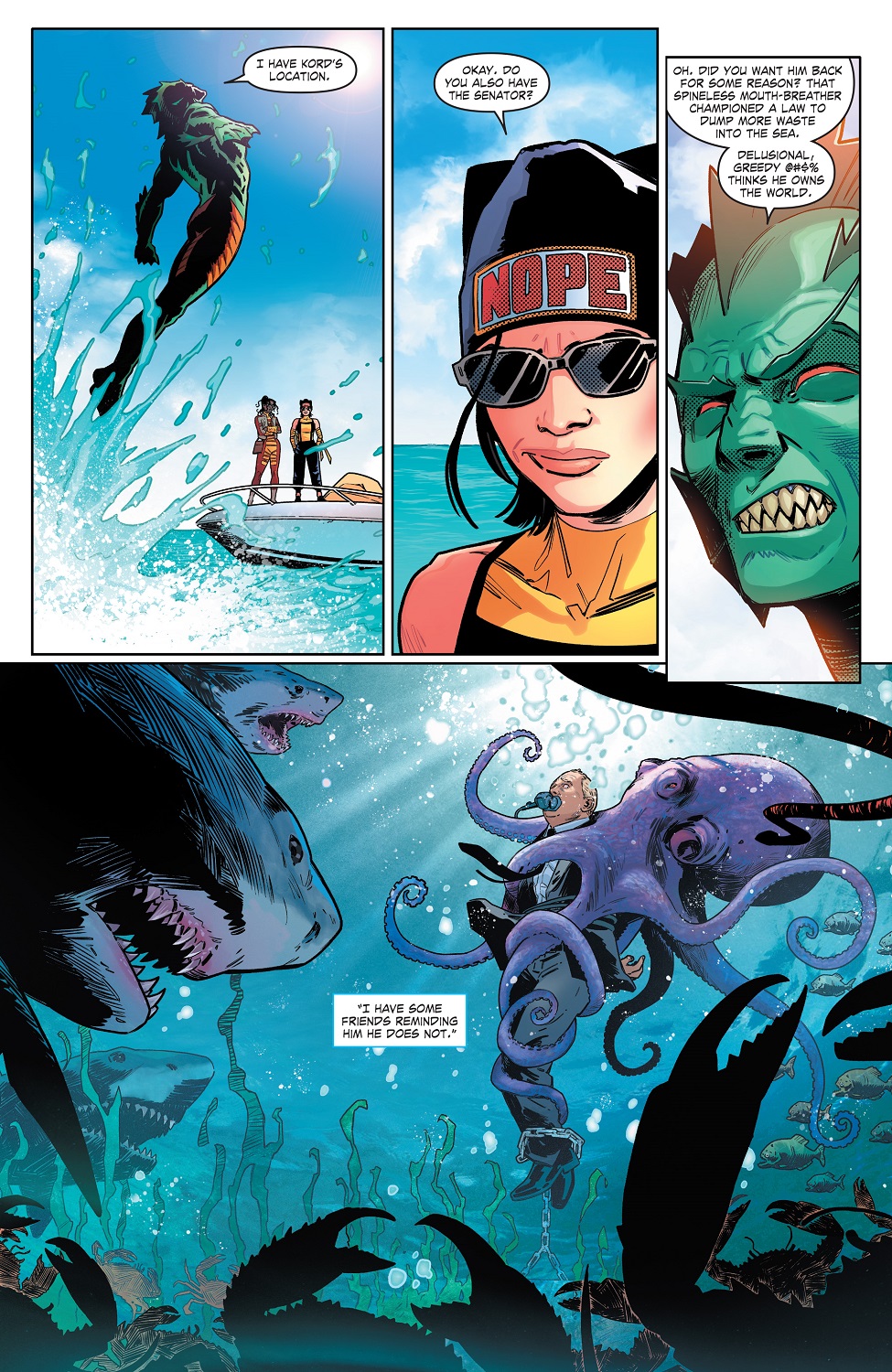 As always, Bruno Redondo brings his top tier game to the artwork on offer, as his pencil work is on a par with anything in comics right now. His figures have a strong, iconic look, that lends them a timeless quality. Bold, striking and strong, his full page Superman panel is a real visual treat, one of many in fact! I sincerely hope that once this run comes to an end, DC deploy Redondo onto another of their flagship titles, he certainly deserves that spot in the pecking order.

A special mention must go to the brief, yet exceedingly poignant exchange between Deadshot and Harley Quinn. Two characters that have been through the ringer, and then some, on countless missions together. The realisation that this is their last hurrah isn’t lost on Taylor, as he affords these two combatants one moment of reflection before the carnage ensues. To think about the shared history of these two brings up a lot of miles on the clock, so to give them one last moment together works very nicely indeed.

Pre-announcing the fate of Deadshot may have served to lessen the impact of what transpires within these pages, but the twists that come thick and fast here help to keep the tension high, and the intrigue level white hot. Taylor’s knack for pacing out his storytelling is as good as it gets in comics, and this issue only enhances that reputation.

With two chapters left to complete his story, something tells me the body count will be high and emotions will run deep. Bring. It. On.