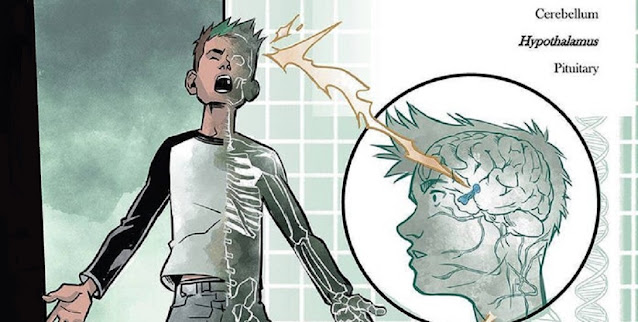 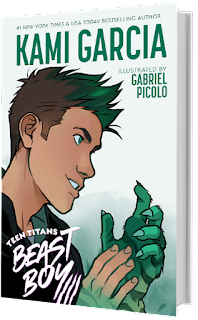 After reading Teen Titans: Raven, by the same creative team, I was hopping with happiness when I heard that they’d be making a sequel, starring Beast Boy. I absolutely fell in love with Kami’s writing and Gabriel’s artwork after the first book, as Raven is one of my favourite characters. After seeing their version of her in our digital review copy, I immediately went out and bought my own. Now we get to see their version of Garfield Logan, (who’s Gabriel’s favourite). I suspected that they were going to pull out all the stops in Teen Titans: Beast Boy, and I was right.

Garfield’s all fun and games

You know him, you love him Teen Titans: Beast Boy. The ever lovable Garfield Logan; cheeky chappy, class clown, dedicated to the comedic craft… or so we thought. Yet again, Kami Garcia got her hands on a well known character, and made some changes. This wonderful writer somehow manages to adapt the heroes we all know and love, yet doesn’t lose their pure essence. Garfield’s a normal teenager, with normal teenage problems. He’s not tall enough, or strong enough, and his hair won’t do what he wants it to. Kami makes him even more believable, and more relatable, to a new generation and audience. Nevertheless, you still clearly see Garfield’s big heart and kind nature. His natural love of animals shines through too, and Garcia never once loses sight of who Beast Boy truly is. 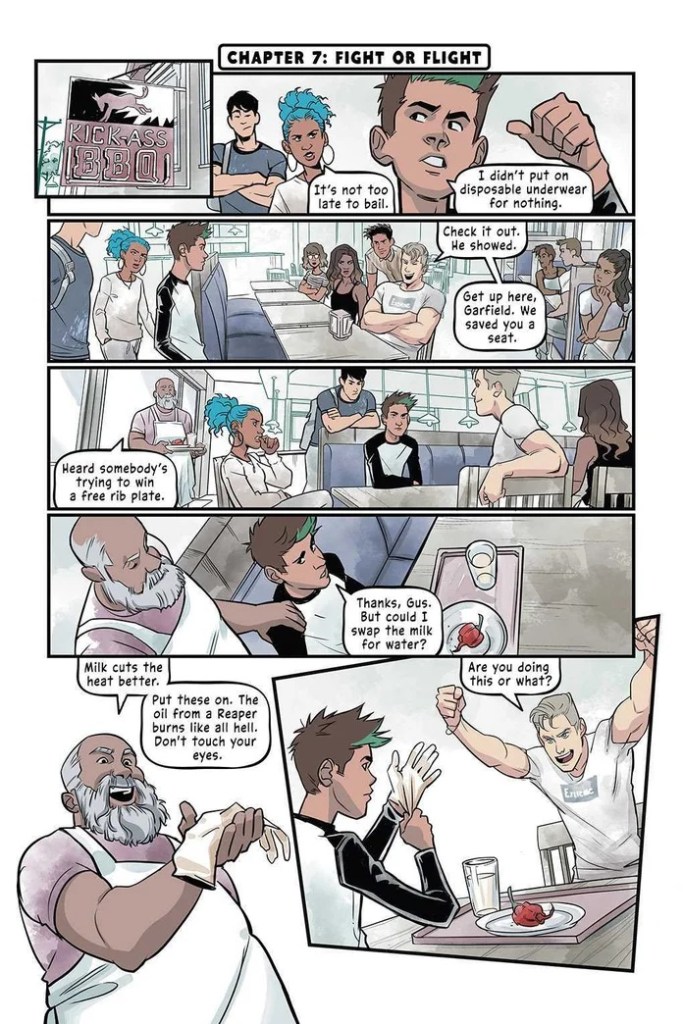 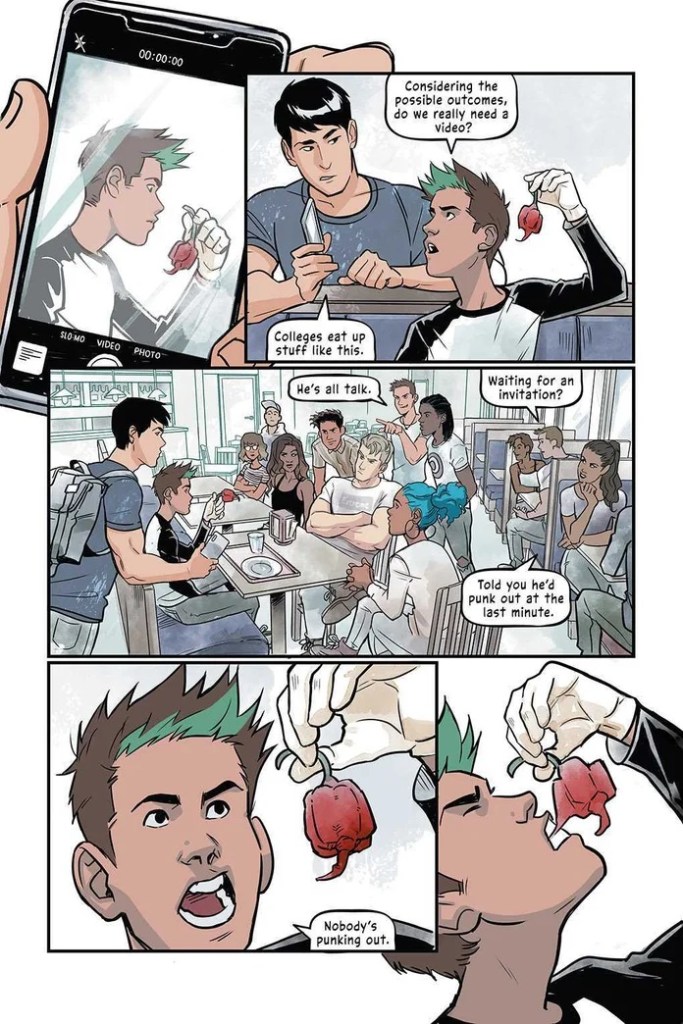 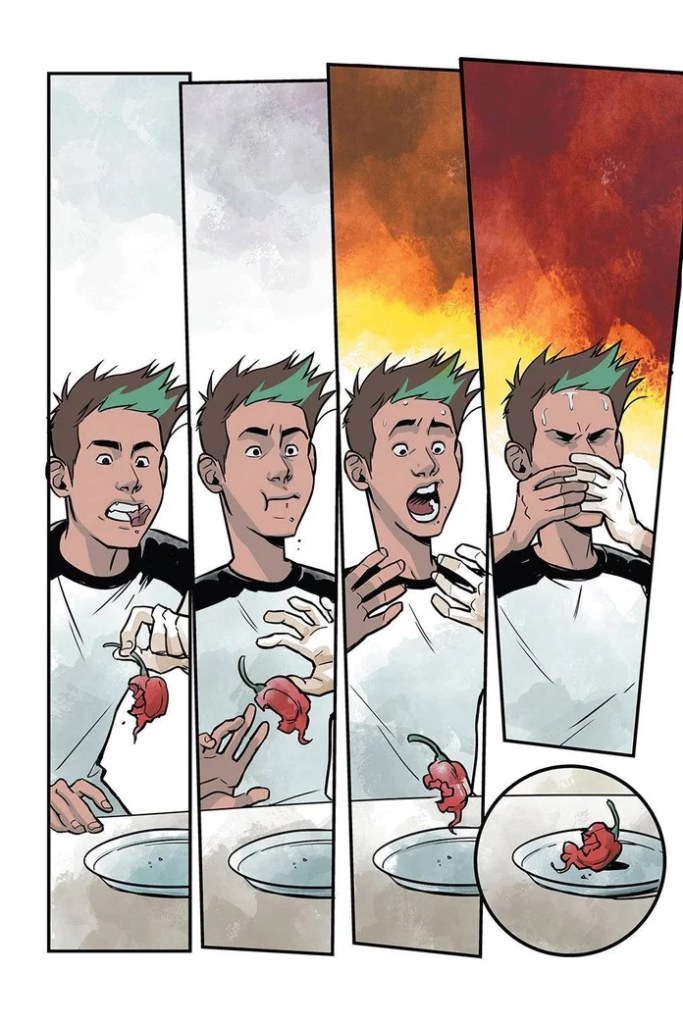 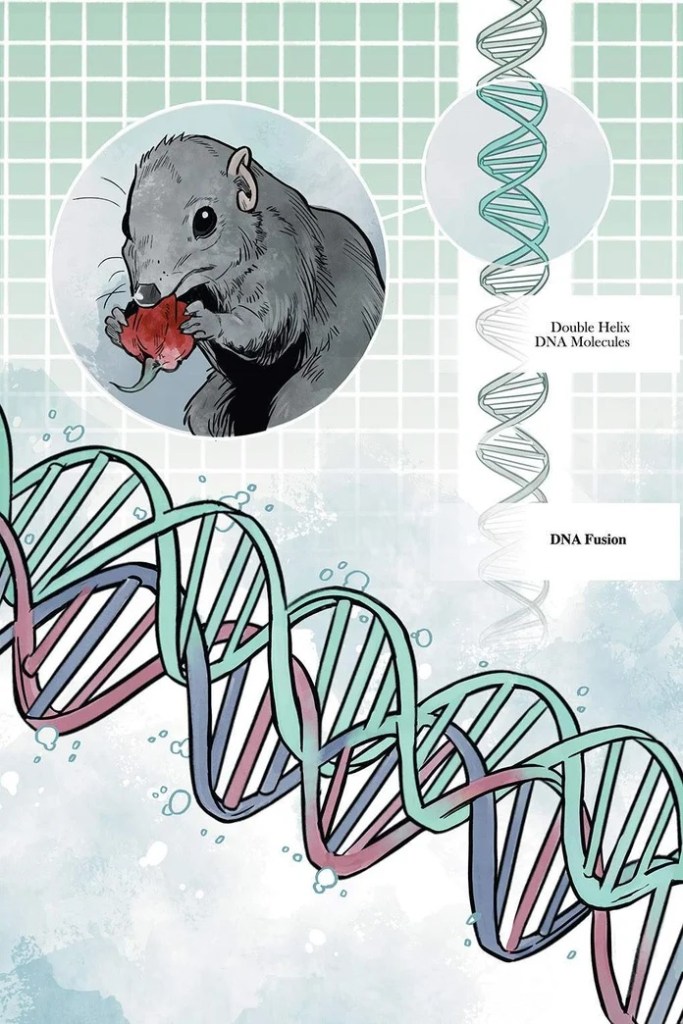 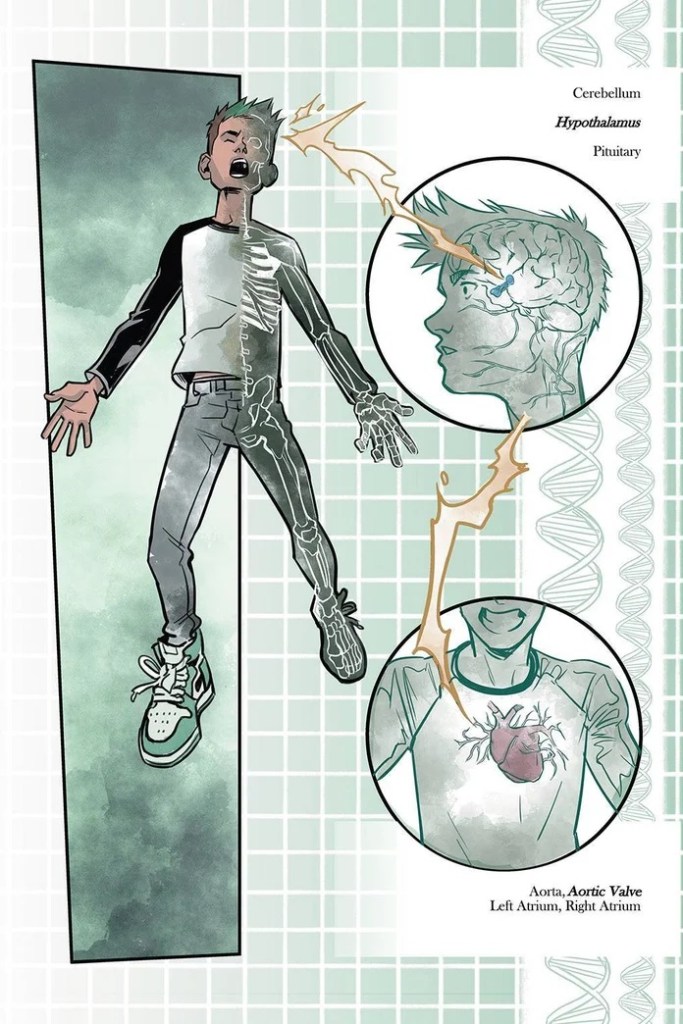 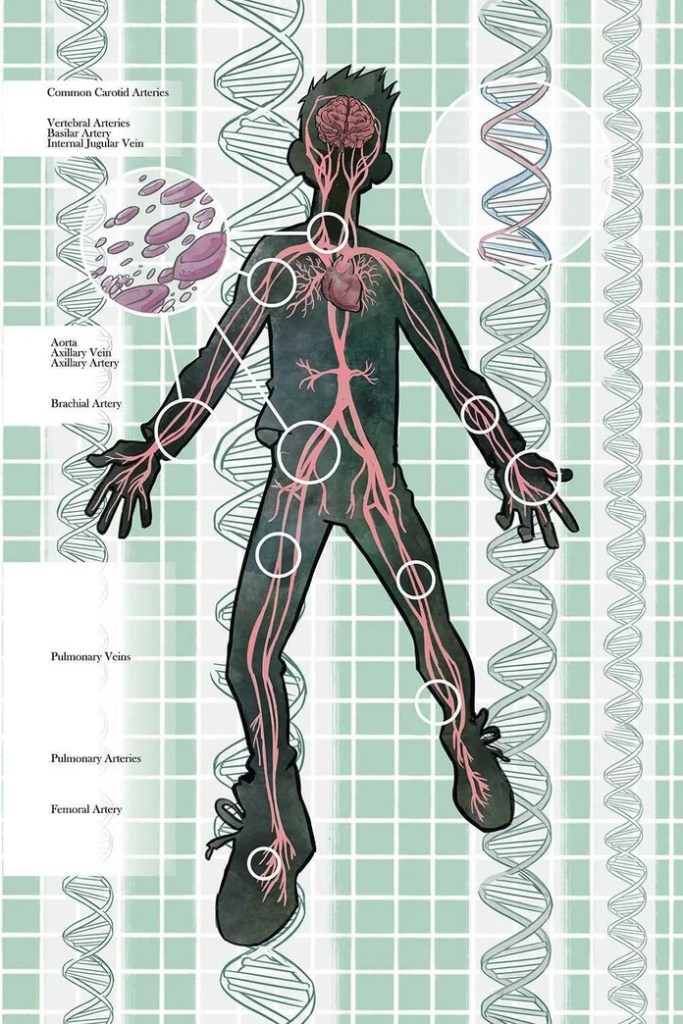 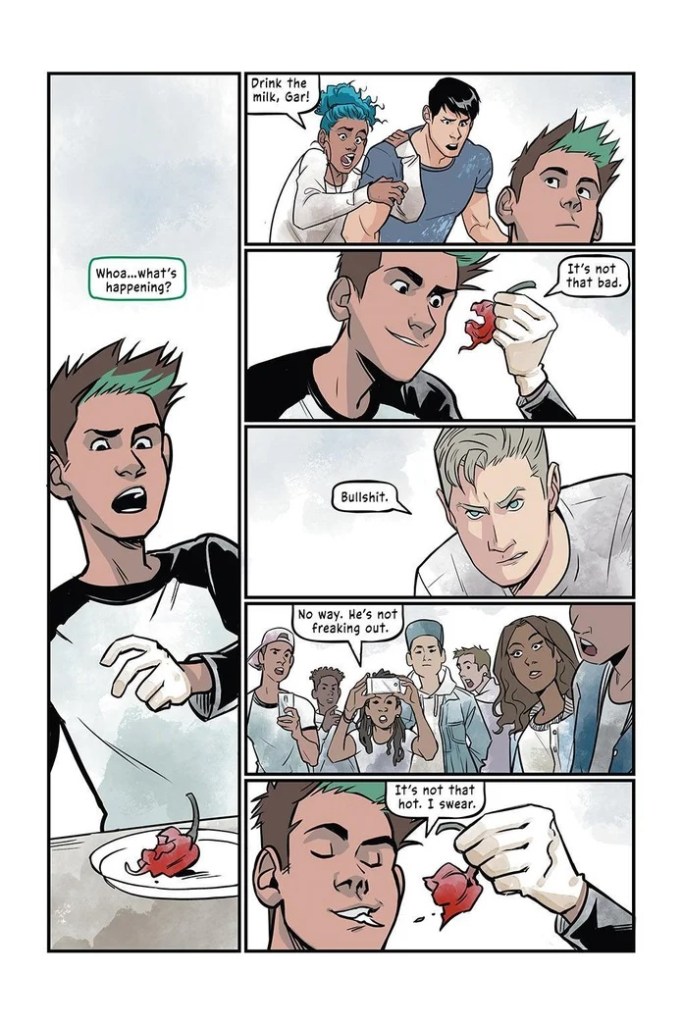 What she’s done is basically the same thing she did with Teen Titans: Raven. We have a new, fresh and awesome take on an origin story, for people who haven’t come across Beast Boy before. I’m truly hoping readers get more interested in these characters because of these books, and Kami Garcia’s writing. The plot’s fantastic, with genuinely interesting themes being brought up. The story’s great and, slowly but surely, keeps going, until it hits its peak. Although Garfield isn’t hyper, funny, or cracking jokes every second, I really enjoyed seeing his more human side, showing the faults and troubles you don’t get to see in his standard adventures. Being a teenager, and not really knowing what’s going on, is pretty much a staple of life today. Seeing that reflected in Teen Titans: Beast Boy was great.

The grass is always greener on the other side

Alright, so you caught me out. I follow Gabriel Picolo on social media, the reason being his “Casual Teen Titans” artwork is some of the best I’ve seen. Ever. Seeing teenagers actually being teens; dressed in casual clothing, just chilling in Titans Tower, really adds an extra layer to the characters you don’t really think about. Picolo has an amazing talent, and he uses it in all the right ways. He clearly loves the characters he draws, putting the time and effort into making them as realistic, and true to themselves as he does shows pure talent. 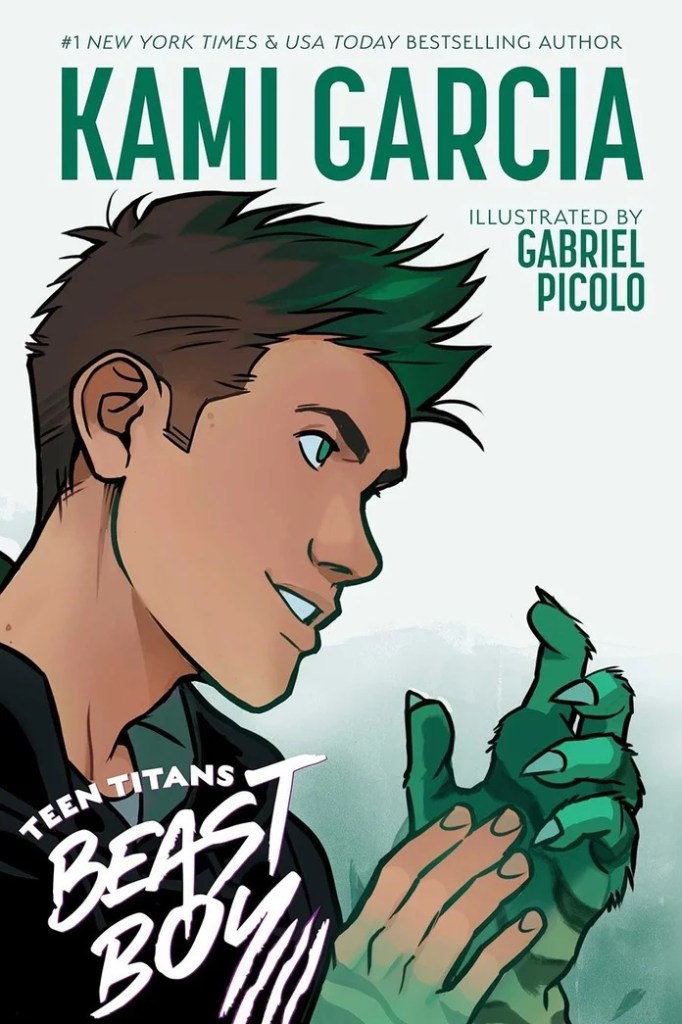 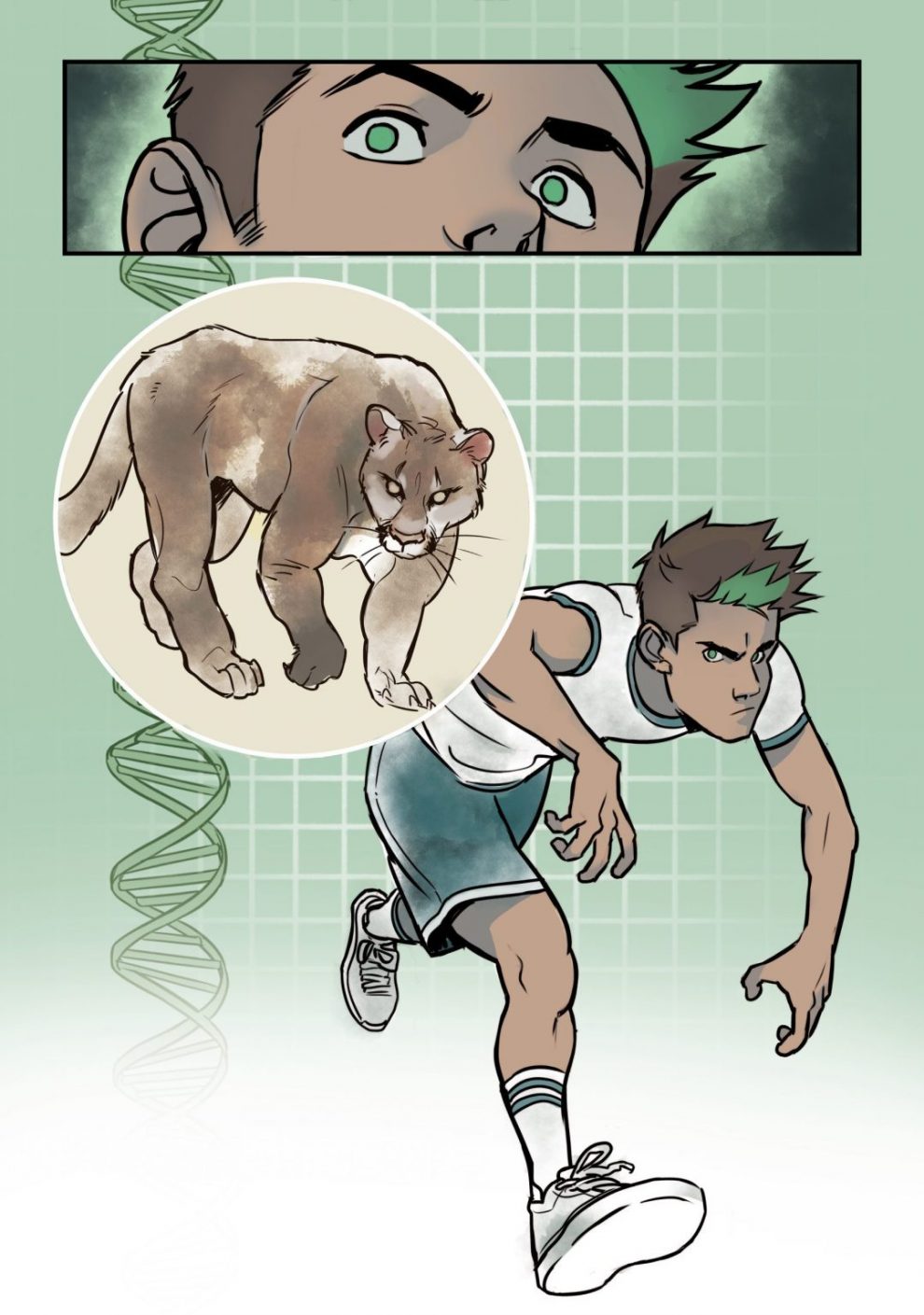 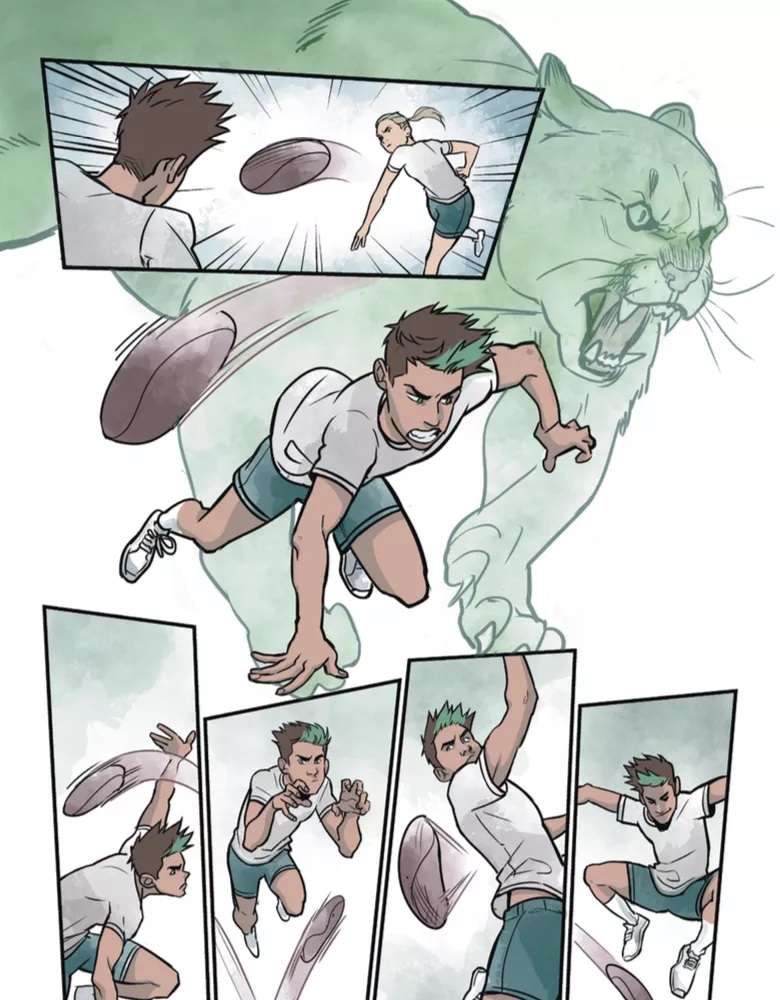 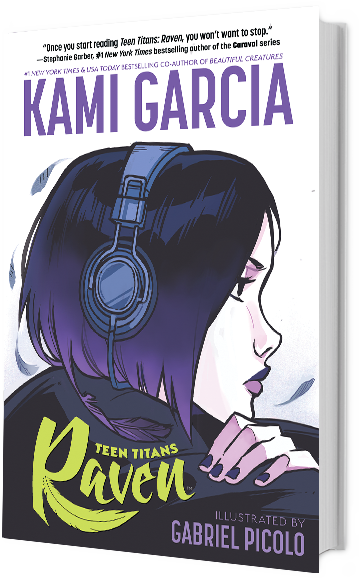 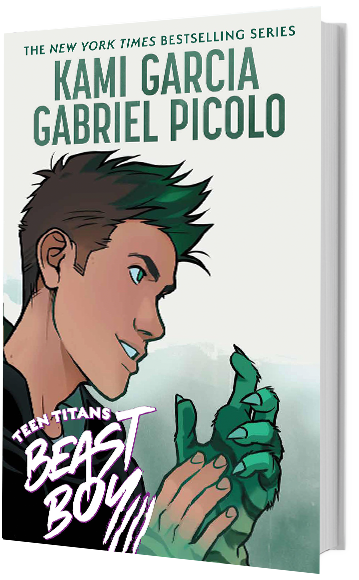 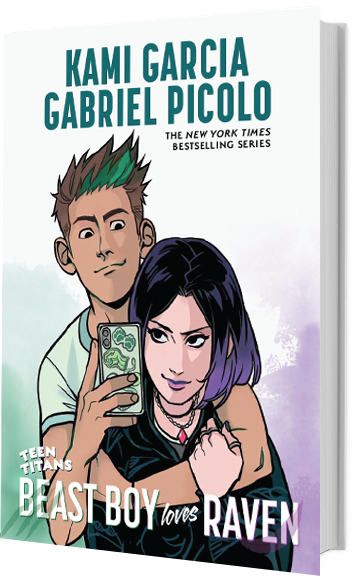 Gabriel has created a character I think we can all get behind, a young Beast Boy who is just trying to fit in. We have a young hero who’s obsessed with his kicks. That boy has some awesome shoes! Picolo draws Garfield unsure and vulnerable, which makes you look more deeply at this character, who’s short and a little weedy. The facial expressions are pure and emotional. The background and side characters are executed with such talent, even when the panel isn’t dedicated to them. No corners were cut. Everything’s there, and drawn with such amazing detail that it’s mind boggling.

Color artist David Calderon has his head on right, adding just the right amount of Green. Not too much, but always subtle, and there in the background, foreshadowing. Speaking of shadows, the night scenes might just be my favourite. The use of darkness, and highlights is great!

I need one of these books for every single character ever. I could happily have a series dedicated to Beast Boy, or Raven… or both! YES, they heard me. We will get to see more of both of these amazing characters, written and drawn by these awesomely talented people, in Teen Titans: Beast Boy Loves Raven. I don’t know about anyone else. but this has sent me over the edge. I’m now on the floor scratching at the carpet, to give my hands something to do while we wait for the next instalment to come out. Garfield’s such a precious, good hearted character, and Kami and Gabriel really bring that out in him.