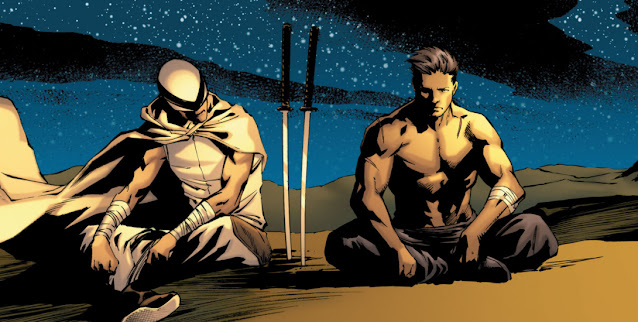 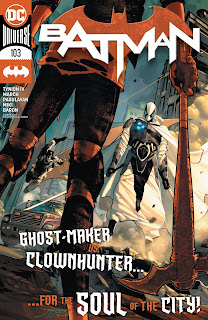 Setting the narrative along two different time periods is a well worn comic book trope, but certainly here - within the pages of Batman #103 - it works a treat.

By bringing in a red hot new protagonist in the form of Ghost-Maker, James Tynion IV has made the wise decision to flesh out the history shared by this man and The Bat. With such high stakes in the present day, the depictions of the past really add meat to the proverbial bone.

Make no mistake, this worthy foe is still shrouded in mystery, as Tynion is certainly playing the long game when it comes to revealing who this enigma of a man truly is. At odds with Bruce's ideology, both in the past and the present, this, if handled correctly, could be a rivalry for the ages. There's a real sense of substance to their relationship that makes the conflict carry a very personal edge. I can't wait to see more. 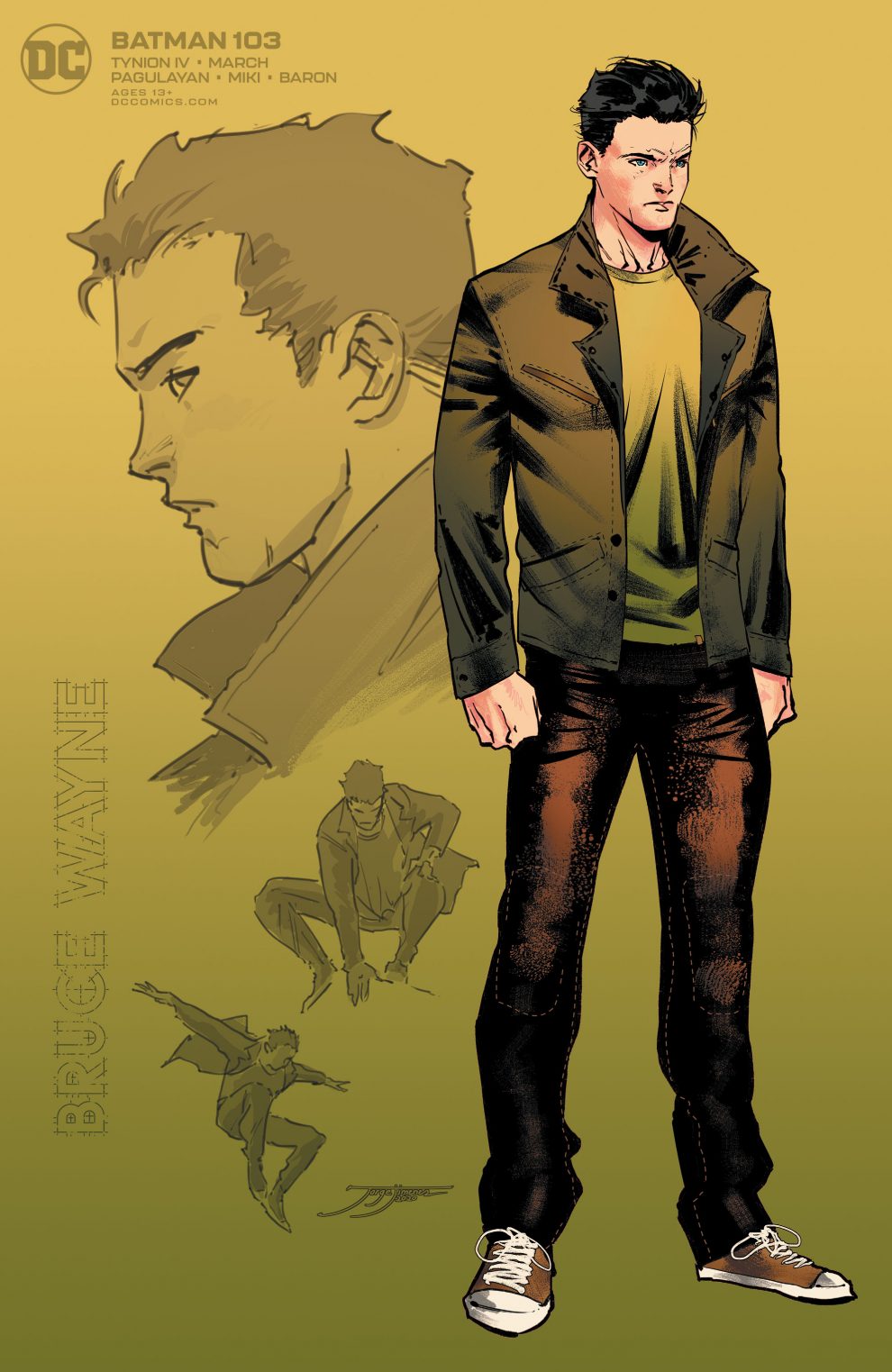 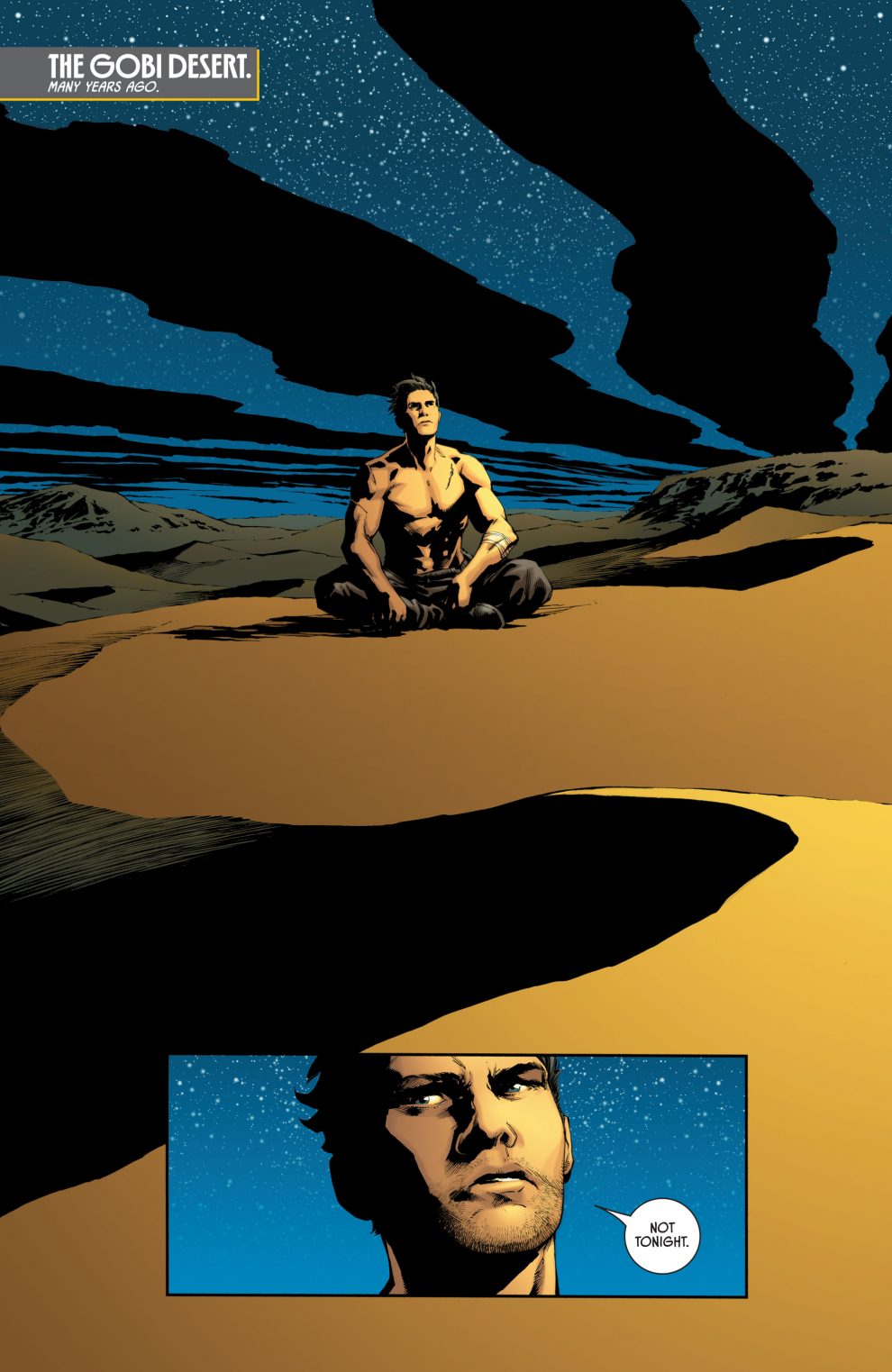 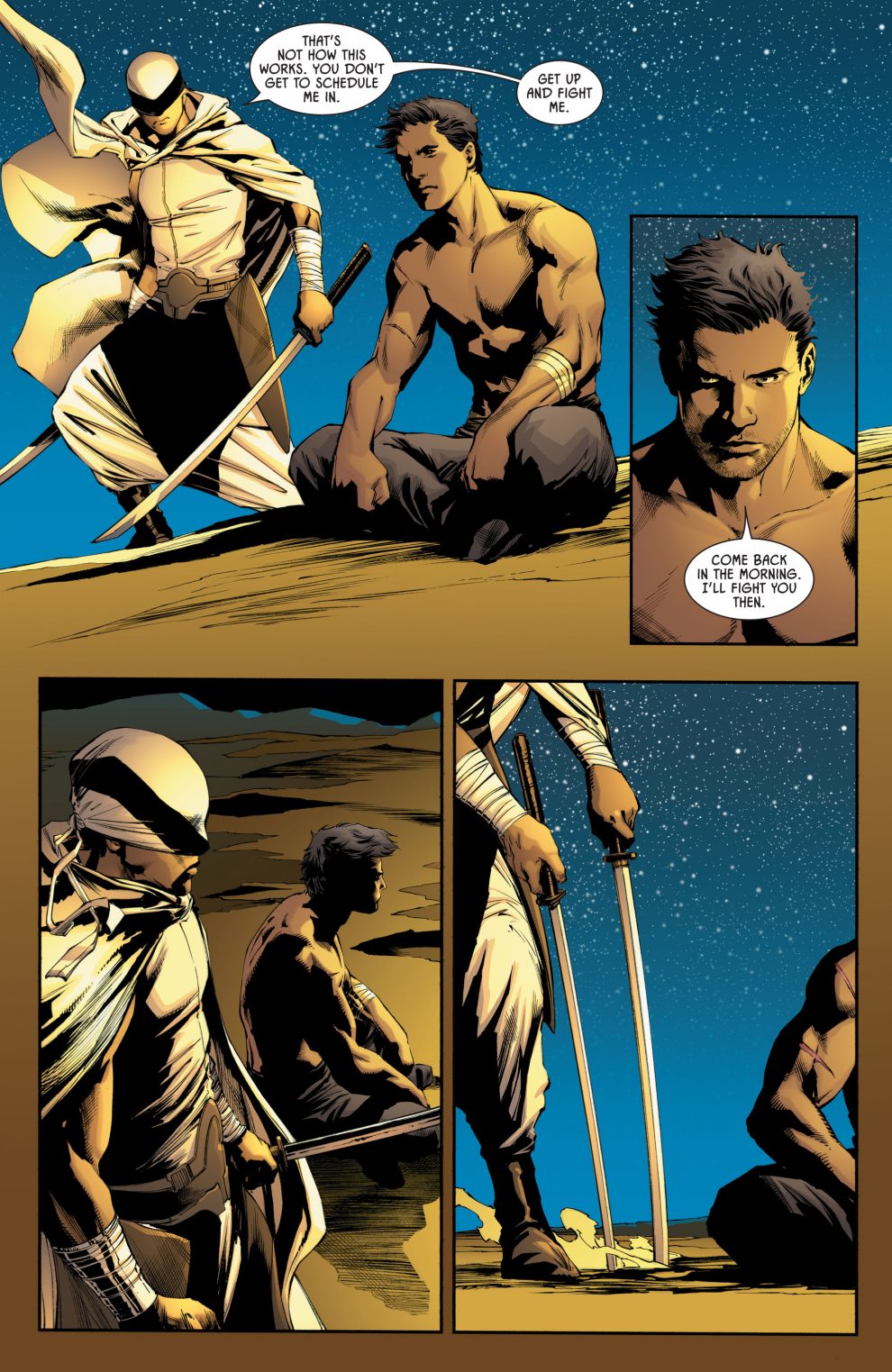 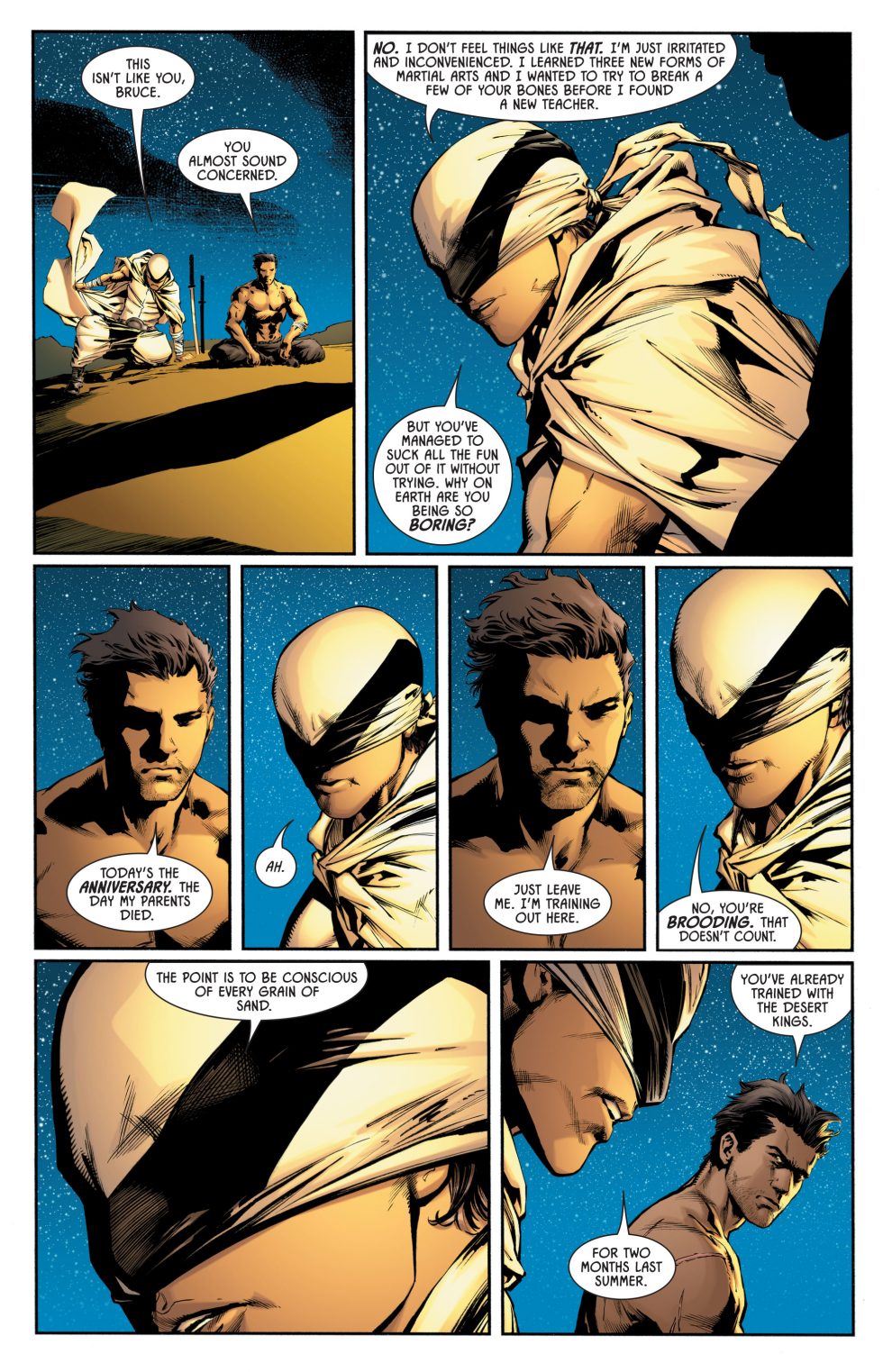 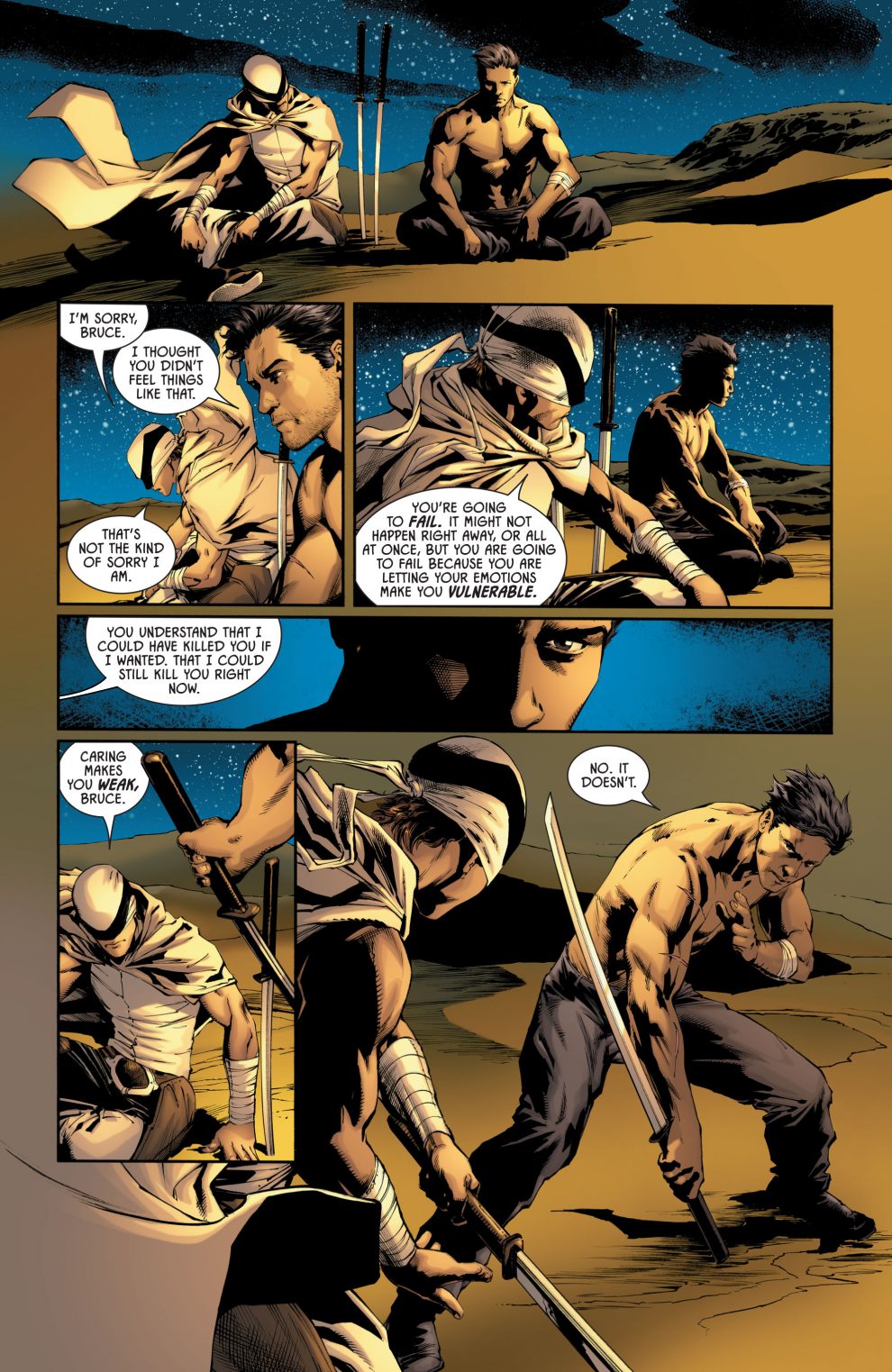 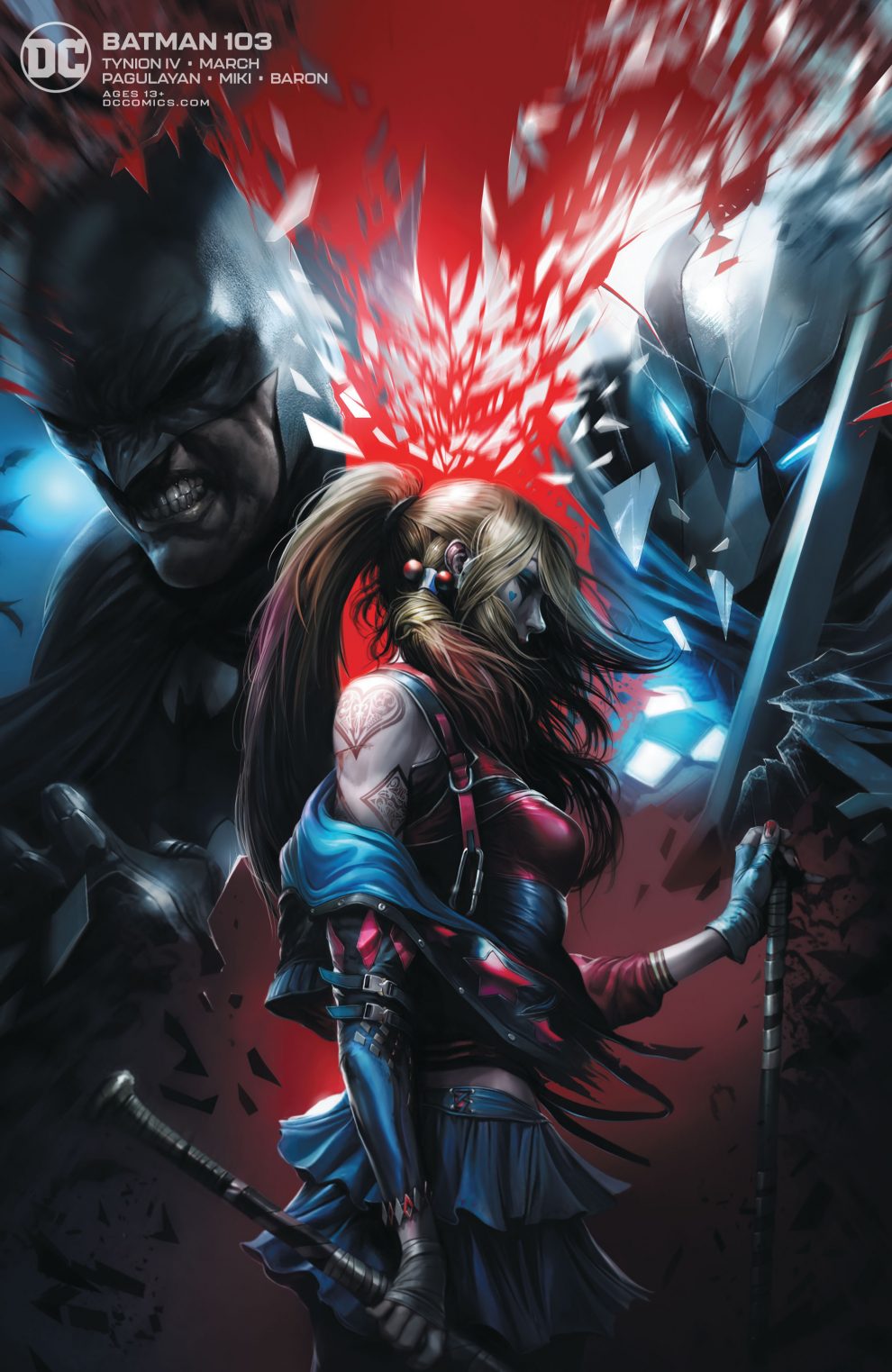 Of course, the still-emerging character of Clownhunter has a key part to play in the proceedings here too. Reading between the lines, it does feel as though this the teen vigilante's at a crossroads moment, personified by the two aforementioned foes.

Does he continue along a dark path, that can only lead to hell with no hope of redemption, or does he follow the path of the righteous that Bruce has tried thus far to lay before him? The tag line of this issue may infer that this is a "battle for the soul of the city", but there's certainly a more intimate, but no less important, story going on here.

Speaking of crossroads moments, Harley Quinn is seemingly at a similar tipping point. With the end of the Joker War leaving her neither betwixt nor between, in terms of a future direction, in this issue she shows a more self-analytical, melancholy side. Always a welcome aside from the usual mania, the intelligence of the character being brought to the fore is very effective. Her interactions with Clownhunter are equal parts funny, violent and insightful, all of which provides ample sustenance for those who might be feeling over-indulged with Bat/Ghost-Hunter content.

Despite there being more than one artist on duty here, there does still appear to be a level of consistency throughout. Rather than the three talents being too disparate in their output, they manage to dovetail quite nicely, and the look and tone of the artwork flows well. This is DC's flagship book, of course, and overall they certainly perform at the level that is required. The action scenes in particular have a nice edge to them that allows for some skull-cracking blows to make the reader wince, but in a good way!

An enjoyable read that hits the right notes for me, I'm certainly all in on Ghost-Maker as a new addition to Batman's rogues gallery. Whilst there might be a certain familiarity to him, there's enough intrigue on offer to keep me entertained, and intrigued. I look forward to seeing where the conclusion of this arc takes Batman in the future, as his modus operandi is being questioned by a foe with effective methods of his own. 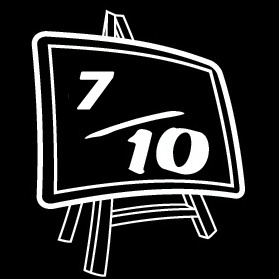