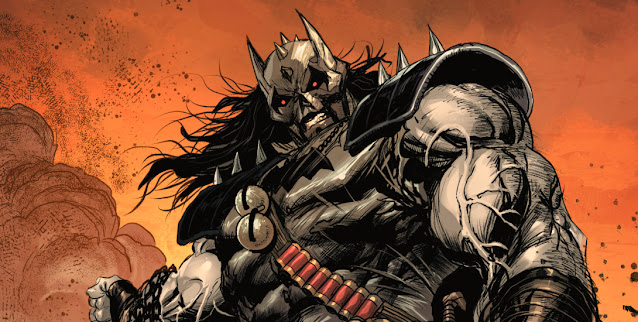 “The Batman Who Frags”, “What The Frag Is A Death Metal Anyway?”, “Lobo Land” 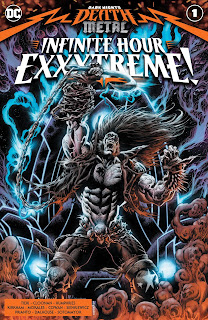 Let me just say that I’m not a Lobo fan, in fact I’m far from it, but this issue is so ridiculous… it’s brilliant. There are three main stories (and three hilarious “Secret Origins”) which are so irreverent and bonkers, that even this cynical old comics nerd had to crack a smile. Let’s be honest, Lobo is a complete and total @$$#07£, but maybe that’s exactly what a multiverse in peril needs.

What we get is the Main Man tangling with two more Dark Multiverse Batmen, one of whom was so completely obvious, I can’t believe it’s taken this long to see him. I’m not spoiling anything here, because he’s all over the art in this review. The other one, however, is a nice surprise we get in the middle story of the book. You have to read these guys to believe them.

A Really Fun Bastichue To Read… And To Look At

Frank Tieri, Becky Cloonan and Sam Humphries write Lobo at his sarcastic best (worst?) and while I don’t like this guy, his presence in this one-shot is both hilarious, and important. The appearance of two of the main big bads from the excellent Scott Snyder/James Tynion Justice League run tie the story right to heart of the action occurring in the main series. The best part is that this also leads (surprisingly) neatly into the next issue of Death Metal proper. 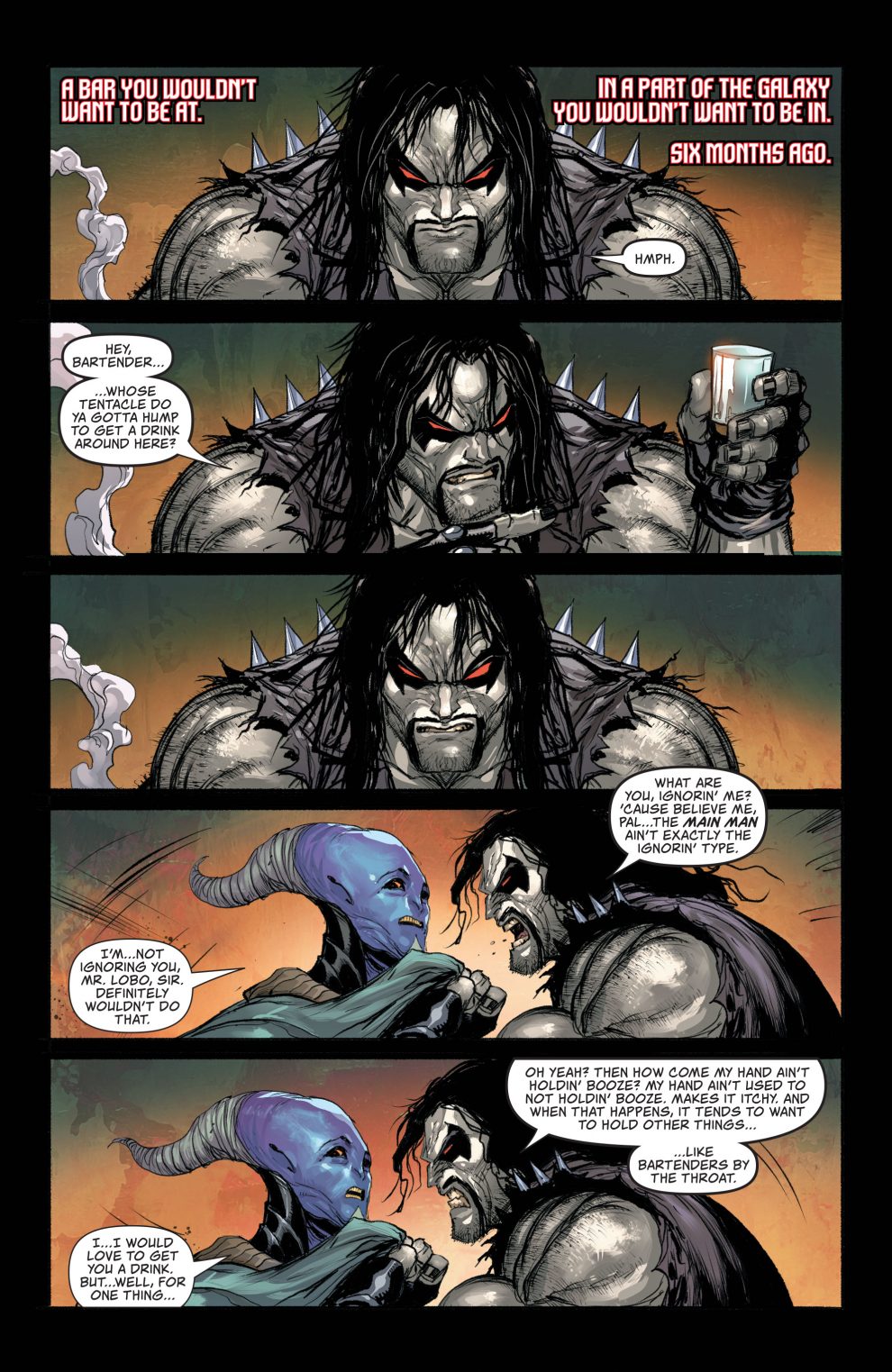 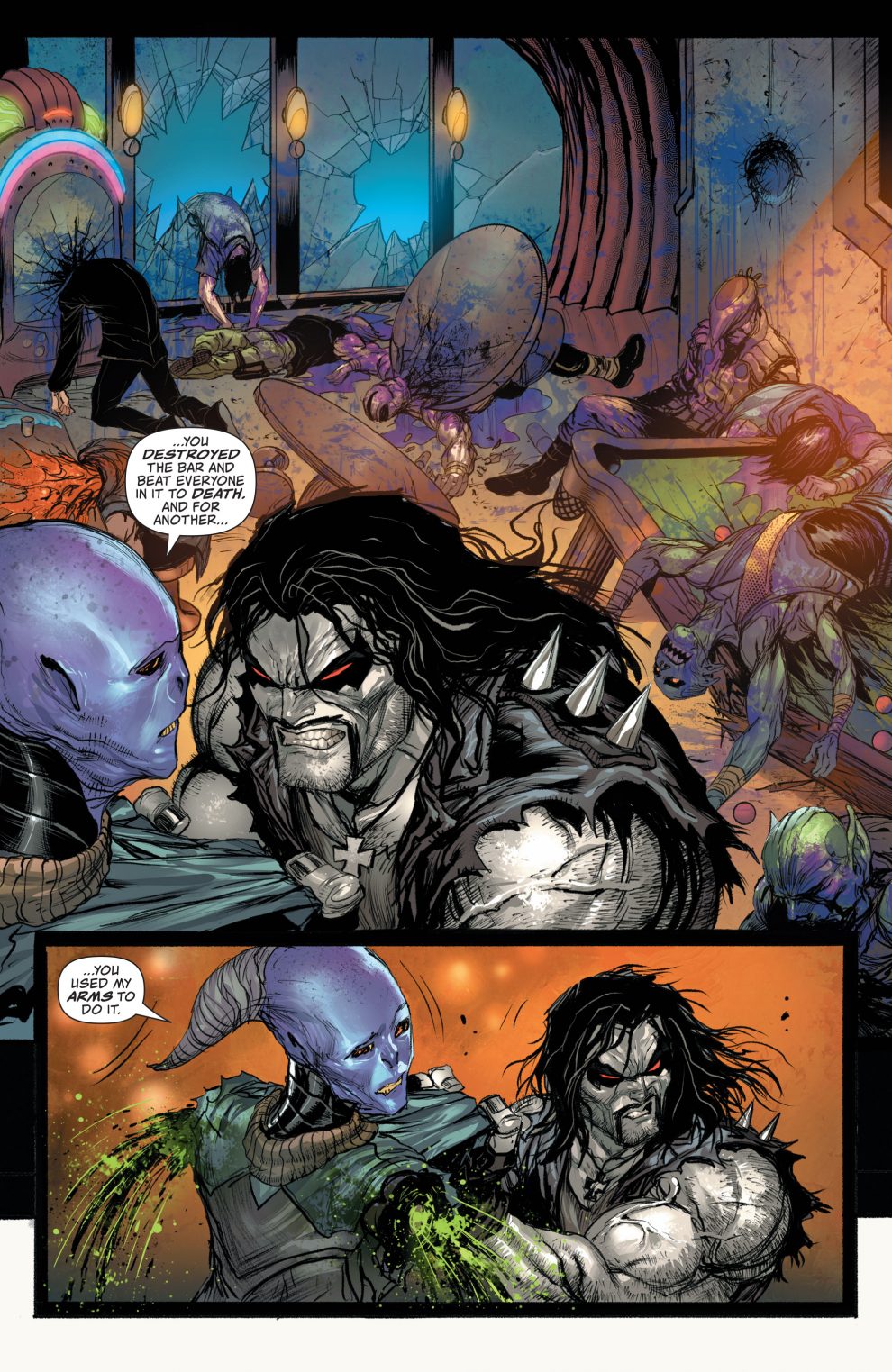 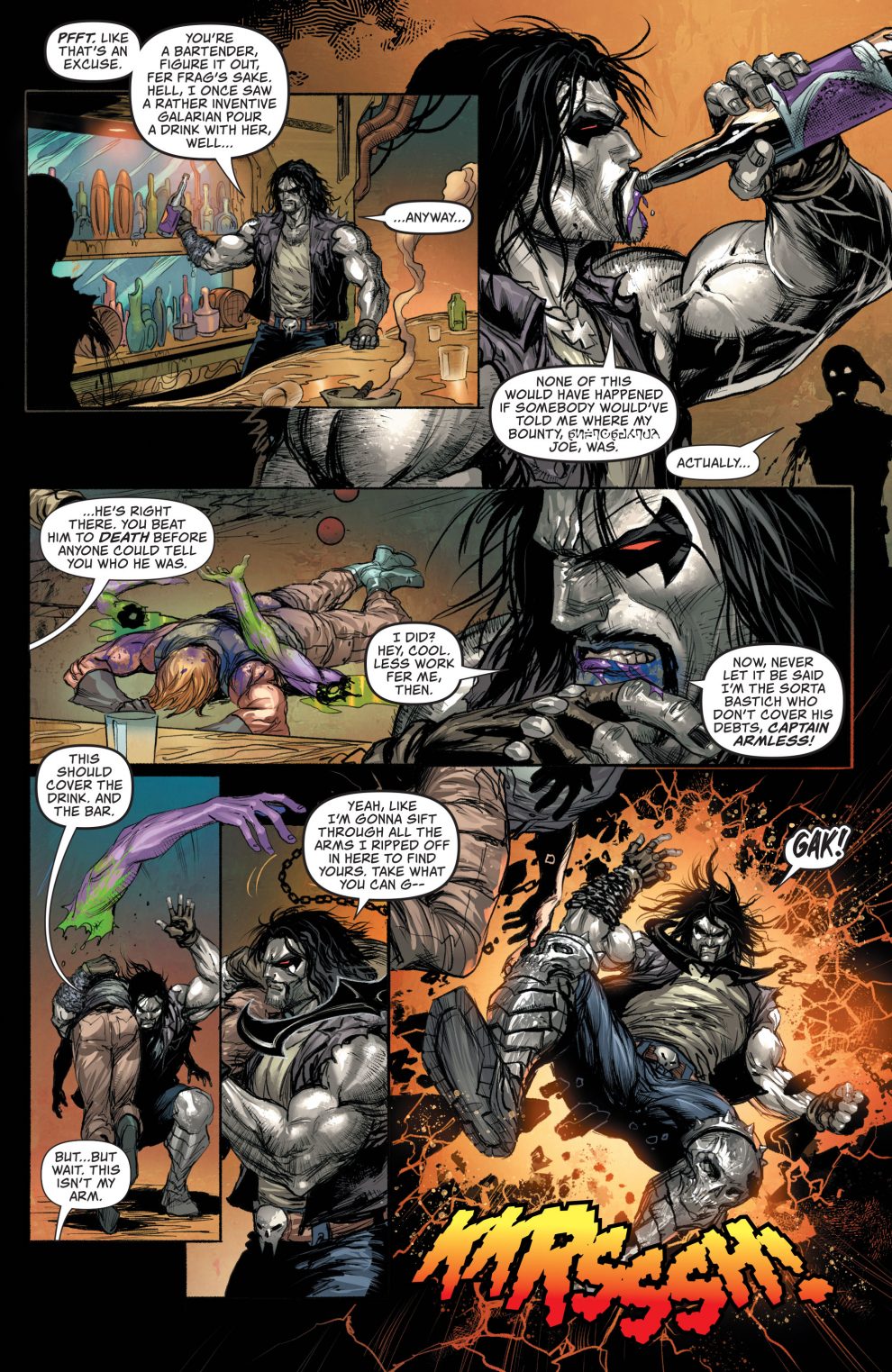 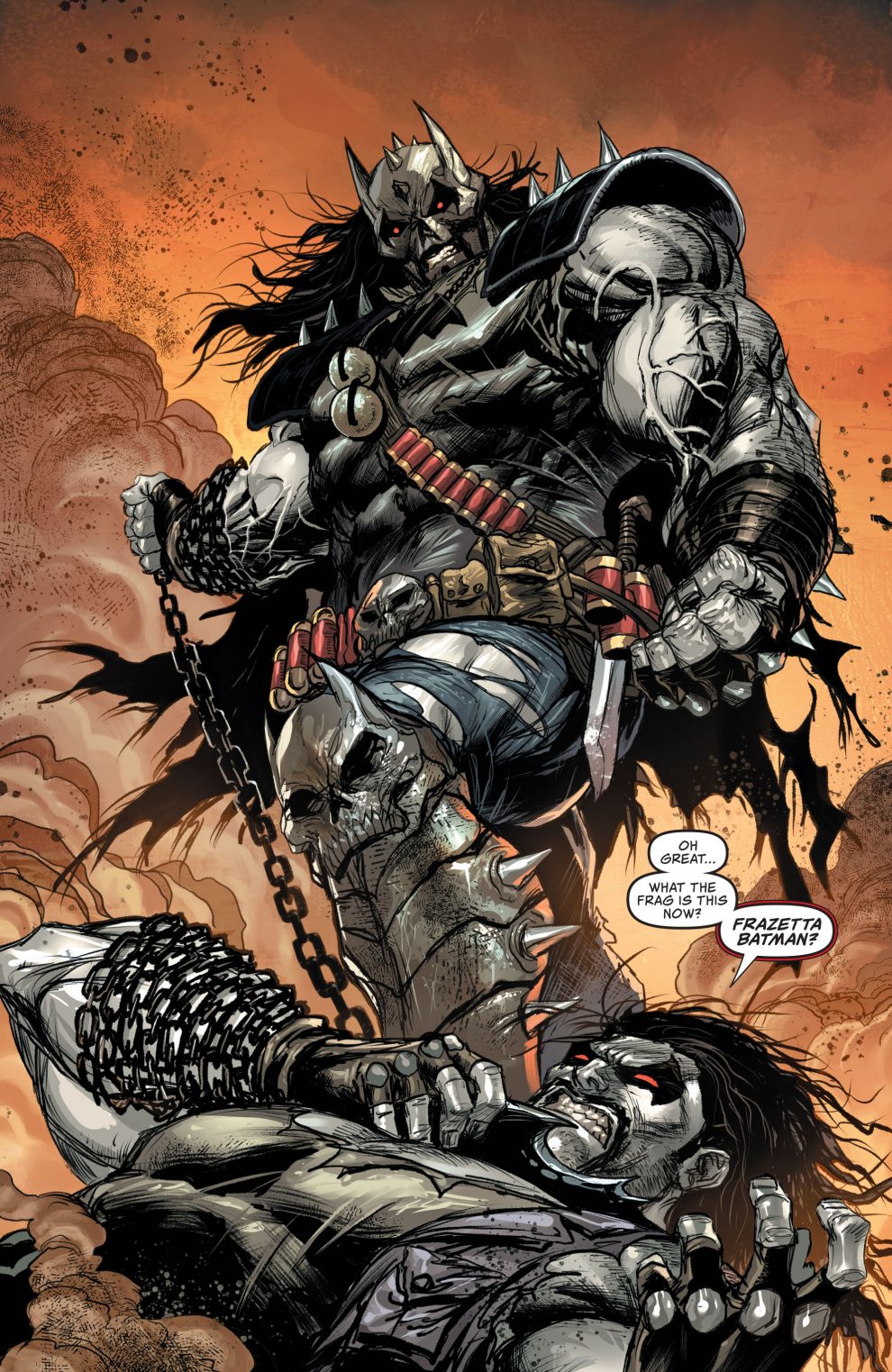 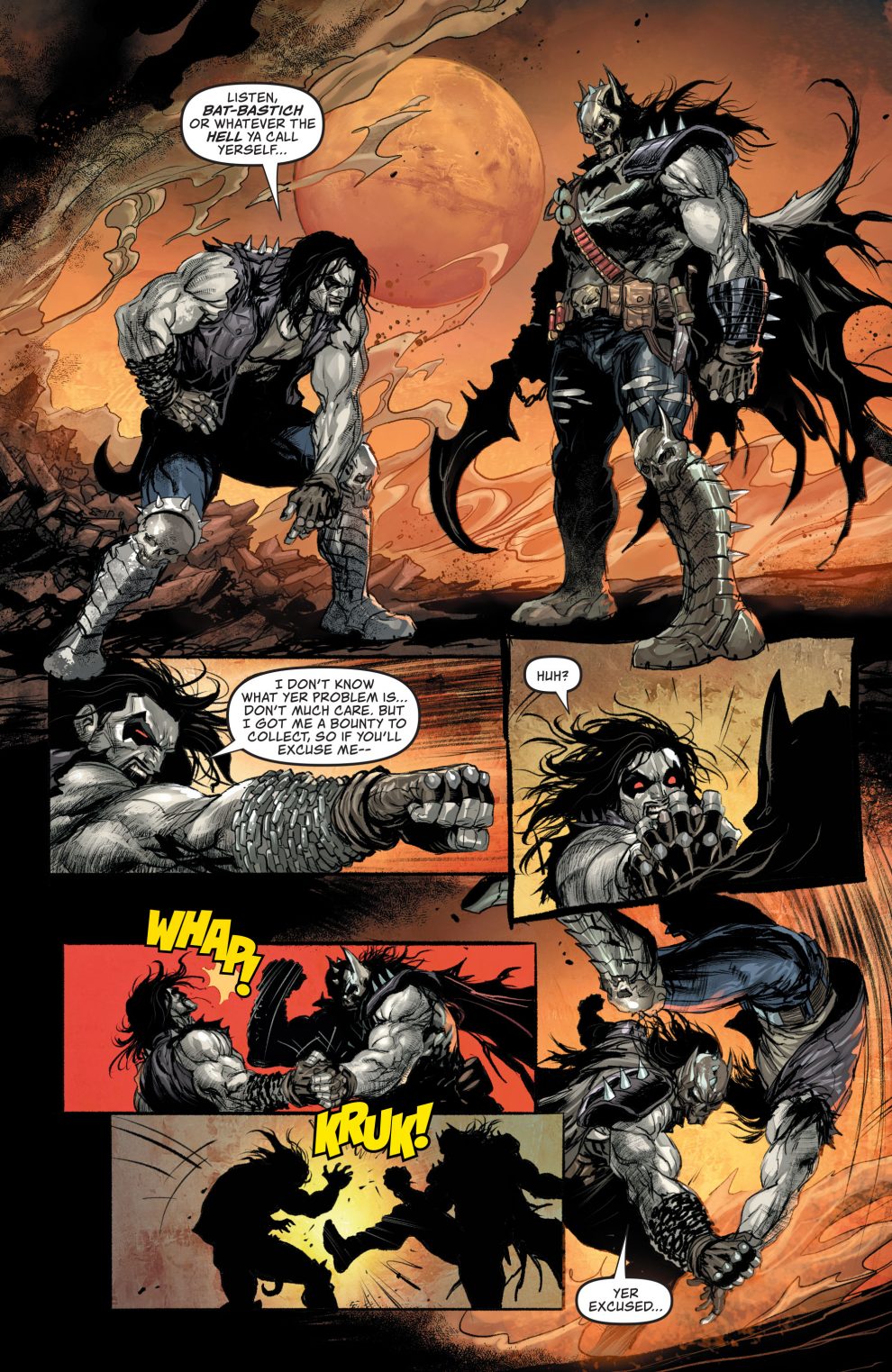 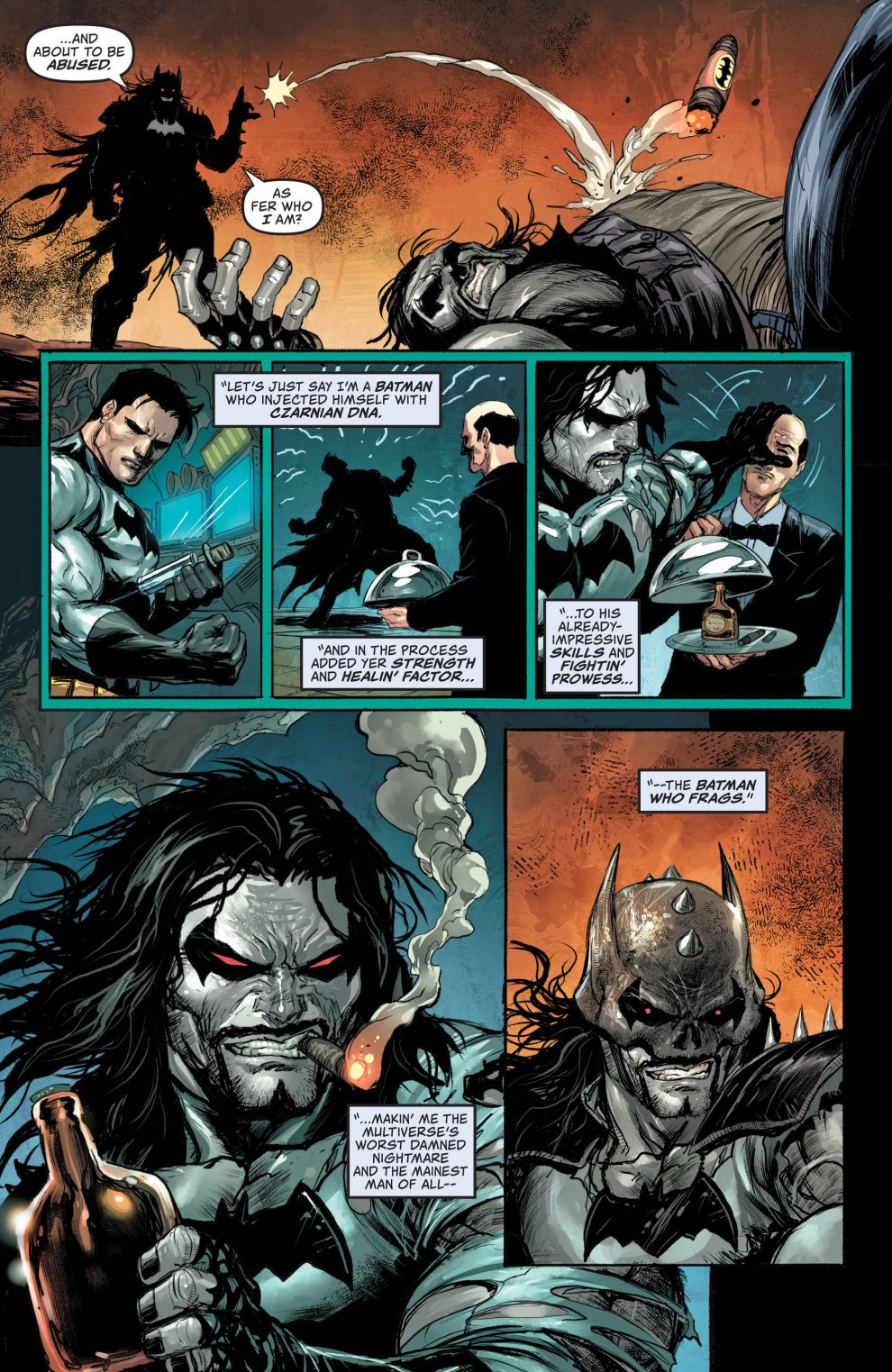 Seeing legendary talents like Denys Cowan and Bill Sienkiewicz gracing these pages with their art was the highlight for me. To say that these men are two of my heroes would be a huge understatement. Tyler Kirkham and Rags Morales also deliver terrific visuals, so the whole book looks gorgeous. This is hardly surprising as Arif Prianto, Andrew Dalhouse and Chris Sotomayor provide colors that make the art really come to life, despite all the carnage, mayhem and fragging involved.

That poor barman, I’ve got to hand it to him, he really held it together, whilst everything (and everyone) around him was coming apart at the seams.

Dark Nights: Death Metal – Infinite Hour Exxxtreme! is complete and utter nonsense… but I loved it. How can you possibly beat a Batman/Lobo hybrid? I’m not telling, and you won’t find out ’til the very last page.

Yes, this book is nuts, but it’s an essential, and hugely fun part of the ongoing story. I never thought I’d say this, but you really need to pick up this Lobo comic.