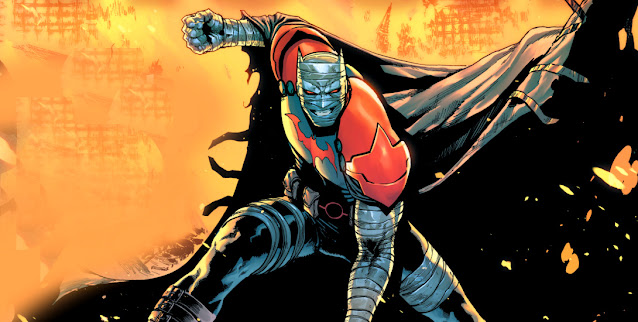 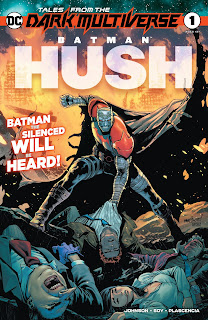 What Do We Do When We Fall?

The Tales From The Dark Multiverse storylines provide us with some of the greatest “What If?” questions based on some of DC’s greatest storylines. If you couldn’t guess from this one’s title, this one asks that question in Batman’s Hush setting.

For a bit of background, Hush was ground-breaking in many ways. Written by Jeph Loeb, with an art team featuring Jim Lee on pencils, Scott Williams on inks, Alex Sinclair on colors, and featuring Richard Starkings on lettering. Hush is best summed up by a line within the book itself, “Old villains acting in new ways, and friends twisted into acting as foes”. Both Bruce Wayne and Batman face off against all the aspects of what moulded both sides of The Dark Knight. Hush delves deep, and explores not just Bruce, but literally almost everyone who’s close to him, whether good or evil.

The original Hush was an amazing read, for many reasons, but the one that stuck out to me was getting to see the inner workings of Bruce’s mind, and getting a bit more background for how he became of who he is. A voice from the past re-entered Bruce’s life after he was severely wounded chasing after Catwoman. The enemies of Batman took advantage of this, and the city of Gotham was thrown into a crime wave that involved both friends and foes alike. In a game where being the one who could see the most moves ahead was key, everyone else became but a pawn to be shuffled about, and nothing was too personal, or off limits. 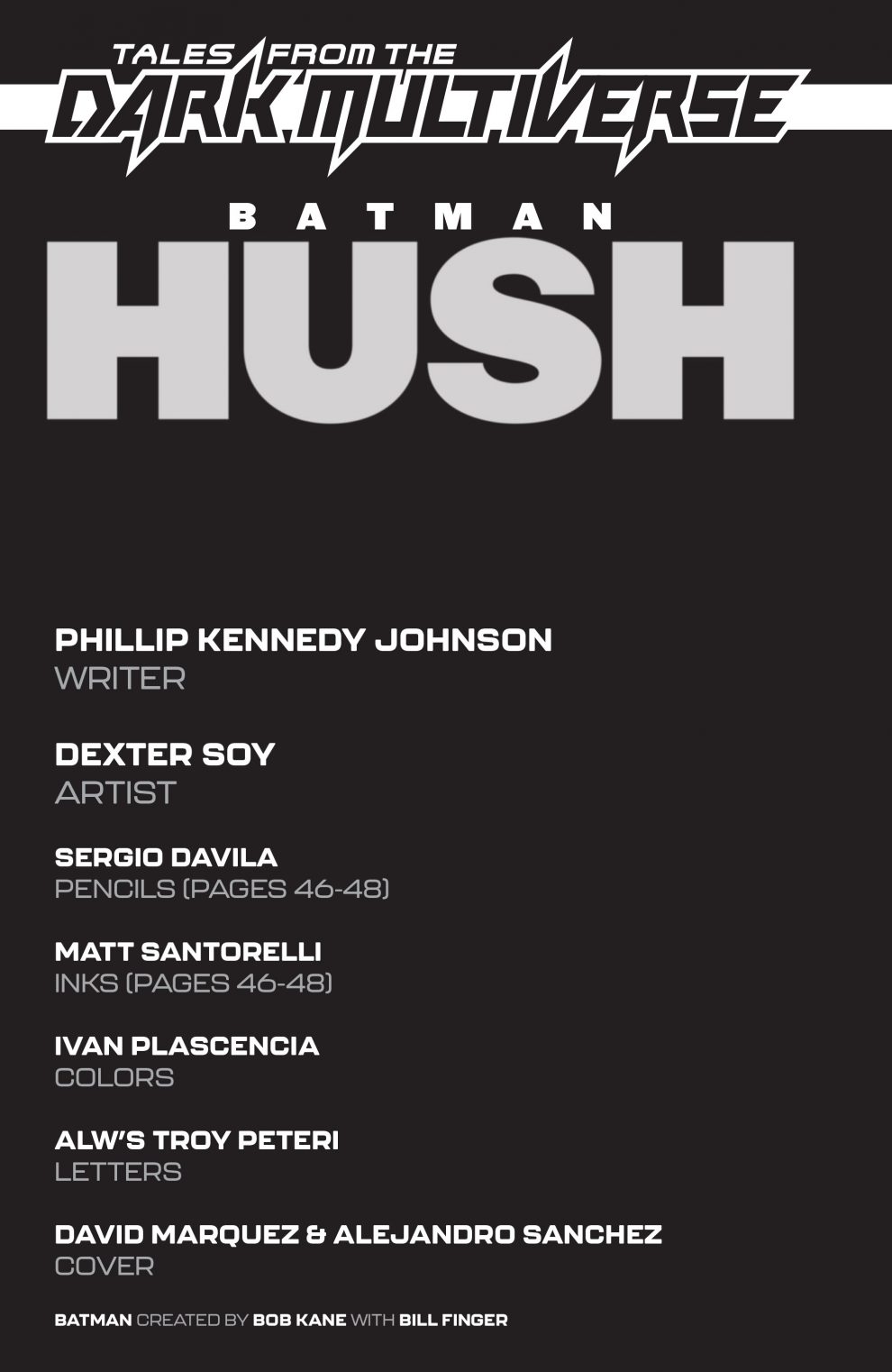 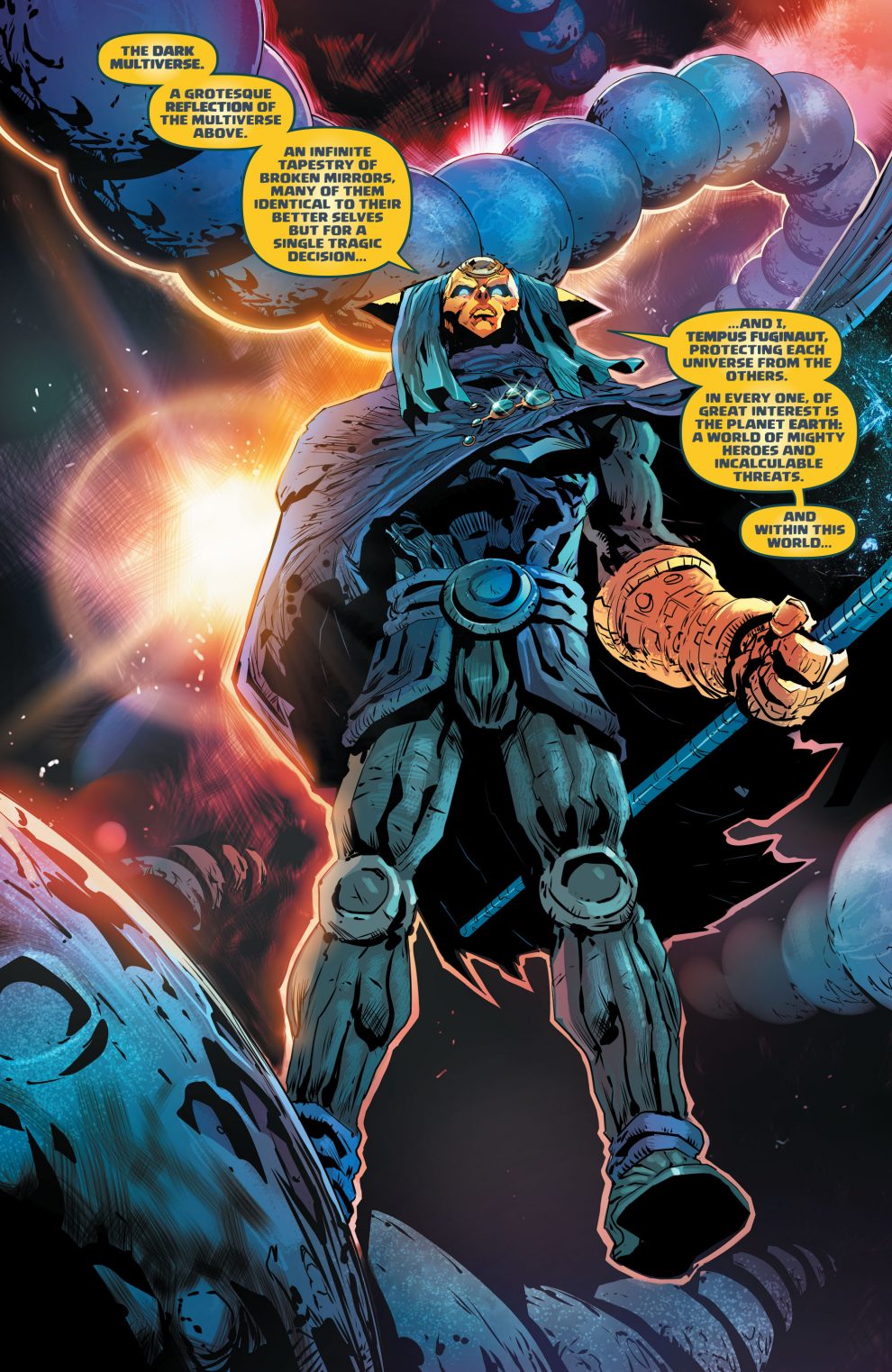 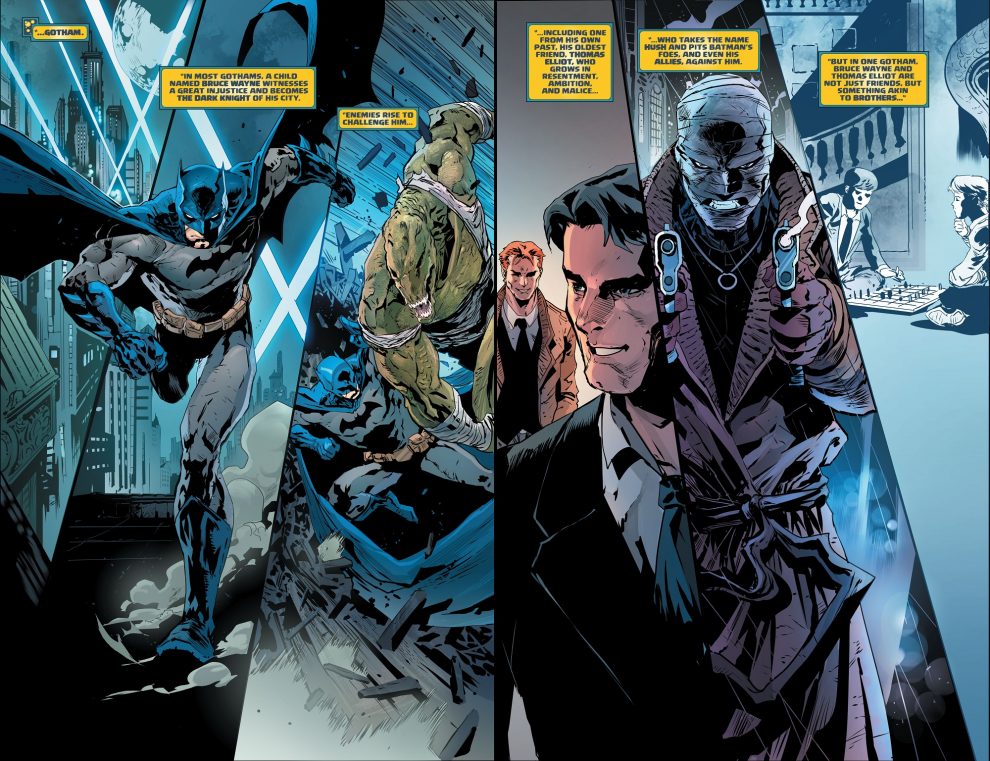 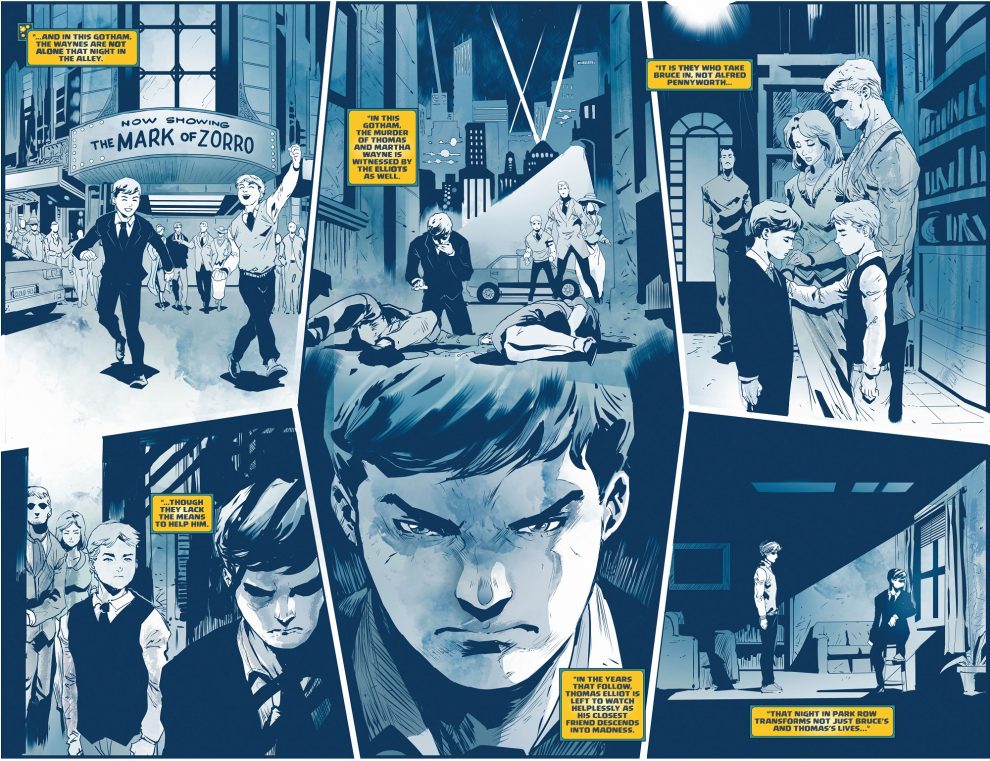 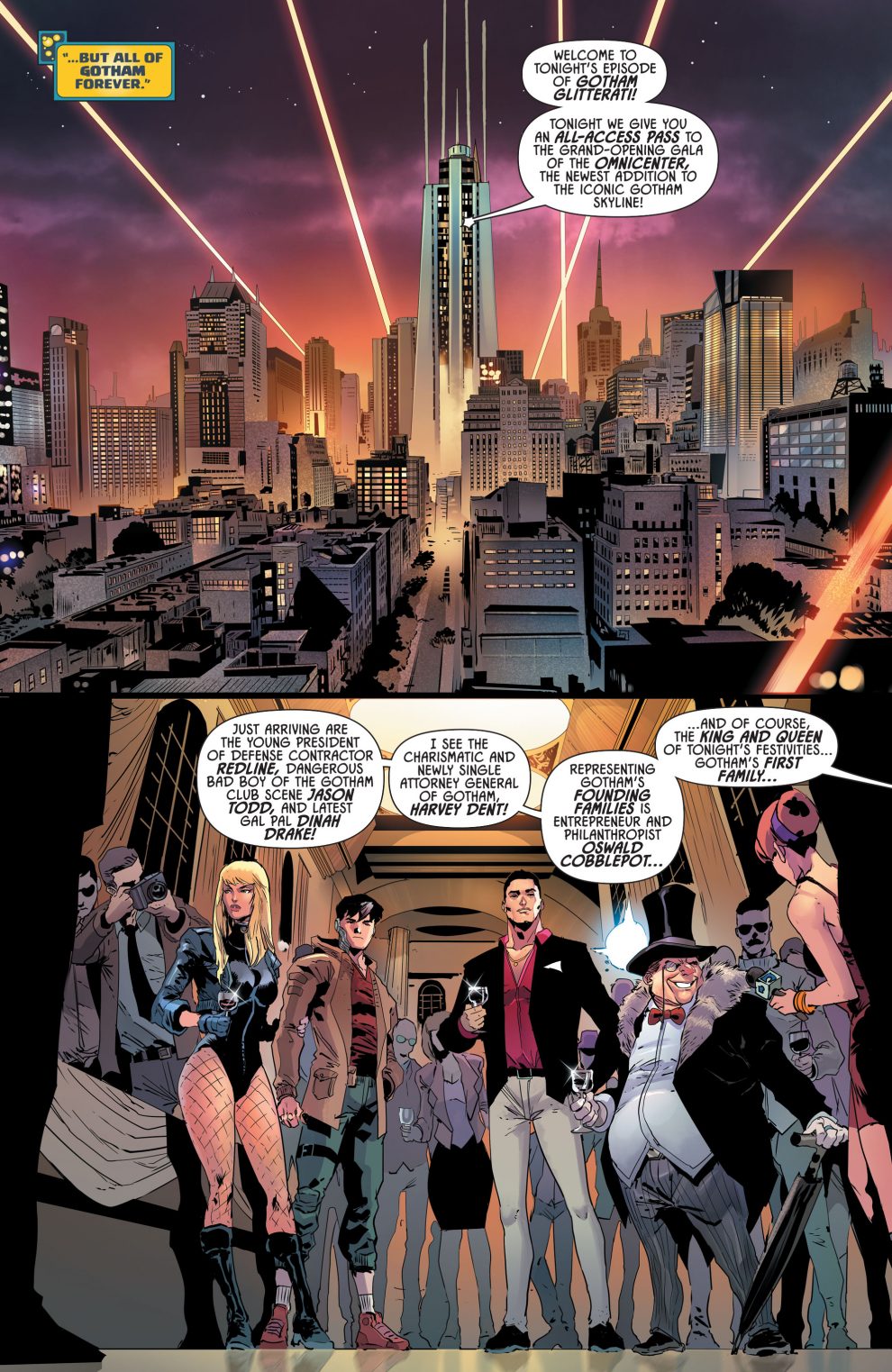 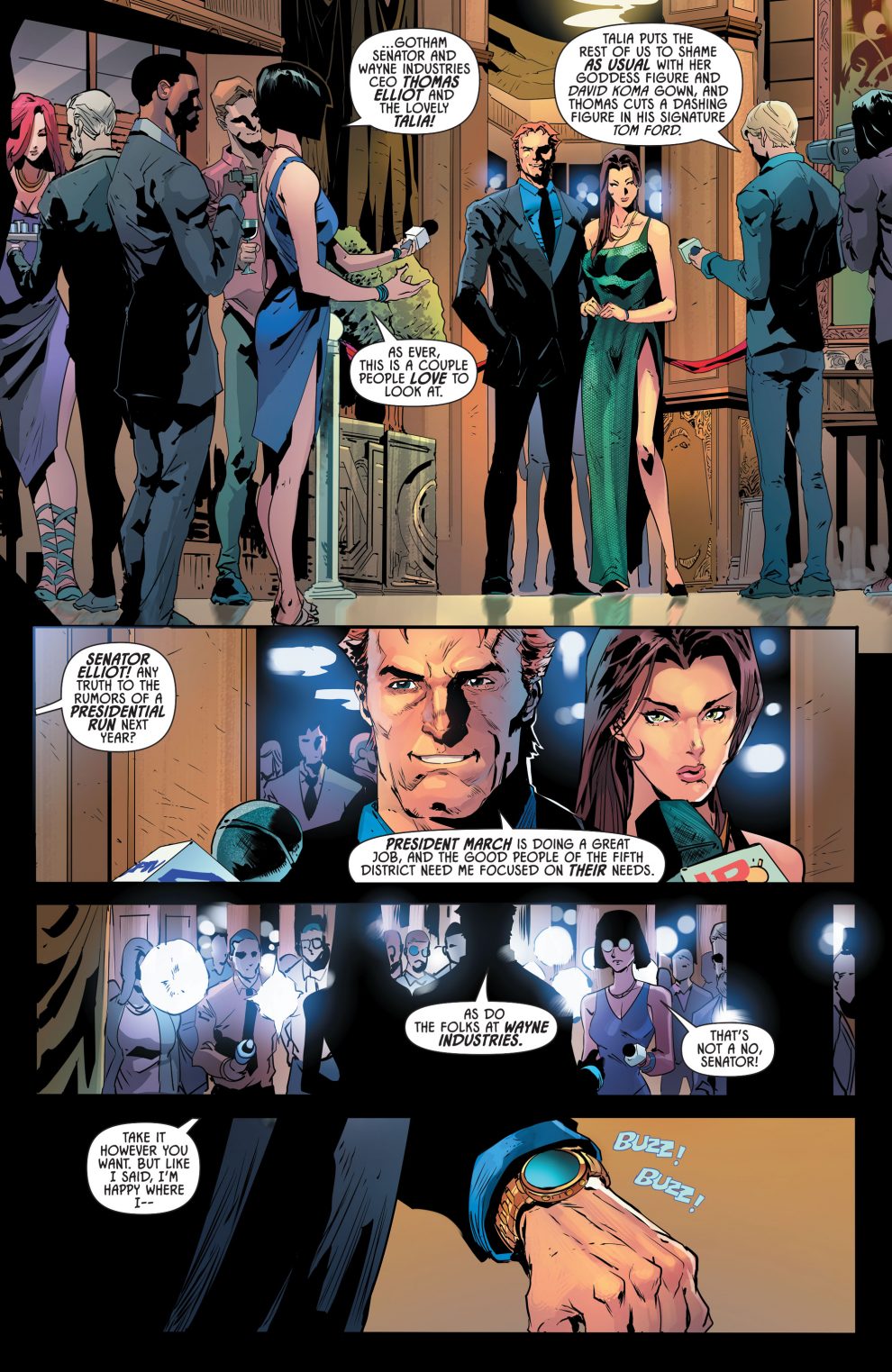 When asked to read Tales From The Dark Multiverse- Batman Hush #1, and having read on my own the others Tales From The Dark Multiverse books, I pondered hard on what the “What If ” question could be. What event could be so different on this world to change events drastically from what happened on ours? This was a long lead up to the review but, to be fair, when you’re bringing in big gun stories, they deserves to be paid justice. That said, let’s dive in!

Tempus Fuginaut greets readers explaining that on this world, where the events of Hush went differently, the main difference is that Bruce wasn’t alone on Crime Alley when his parents perished so violently. Thomas Elliot and his family were there too, so instead of growing up under Alfred’s watch… Bruce was raised by the Elliots. Losing his mind to the madness of grief, Tommy grows to become the premier playboy of a Gotham that’s both shocking, and unrecognizable.

Villains and Heroes alike are not who you’d expect, though where there’s a will… there’s a way. With the city in shambles, there are those who rebel against the wrongs of this world’s hierarchy. We get a glimpse of the Bloody Bat of Gotham Town as well as the Outsiders led by Oracle though not the one we are used to. All are seeking answers and justice… but in a twisted world where the end of the tale is unknown, who will be left standing?

While going through Tales From The Dark Multiverse- Batman Hush #1 the first time, there was so much to take in. At first I couldn’t understand just where Phillip Kennedy Johnson was leading us, but once I’d finished, and let it all sink in, the genius became clear. The fact that Bruce was never raised by Alfred was in fact the key to it all.

There was never love between Bruce and Tommy from Elliot’s side, Bruce was simply a means to an end, and from that envy took over. The twist in this world is that Tommy had everything, yet was still miserable. It was this that spread over into every aspect of his life. The world in which he rose in the spotlight he so obsessively sought, was tainted and twisted. He was empty.

The artwork for Tales From The Dark Multiverse – Batman Hush #1 is simply amazing. I loved seeing alternative looks for all of my favorite characters. Dexter Soy did a beautiful job of bringing them to life. The colors by Ivan Plascencia are haunting throughout the book, with the letters by Troy Peteri done splendidly. I thoroughly enjoyed the issue, and look forward to seeing what comes in the next one, which is a twist on Flashpoint!