Review: Wonder Woman: The Way Of The Amazons – *Gift Idea* 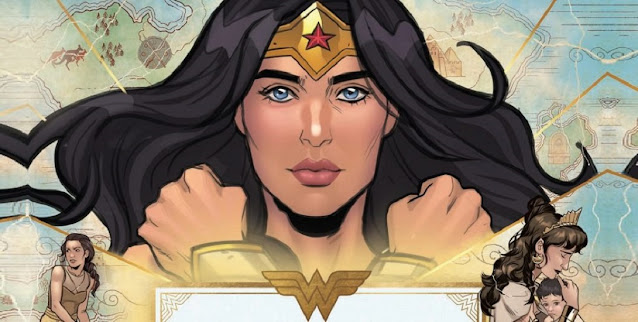 Wonder Woman: The Way Of The Amazons 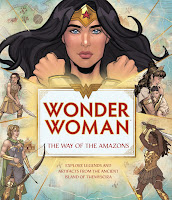 Insight Editions and DC Comics are a partnership made in paradise, or in the case of Wonder Woman: The Way Of The Amazons, Paradise Island. I’ve been excited about this book since it was announced, back in May, and having read (and re-read) it a few times since its August release, really wanted to get my thoughts out there.

The holiday season is fast approaching, and this book is a gift well worth giving.

This wonderful volume is part of the Insight Kids range, but I honestly recommend it to Wonder Woman fans of all ages. Not only does it simply, but beautifully, capture the history of the Amazon race, it’s also a great look into the mind, and heart, of Diana herself.

The historical and mythological sides of the book are lovely. As a fan of both comic-books and Greek legends this is a tome that ticks a lot of boxes for me. As an educator and someone who loves sharing great stories with children, it ticks even more. In some ways it’s a shame that it’s been labelled for kids, because even I learned a few things from it I didn’t previously know.

Wonder Woman: The Way Of The Amazons is written in a very simple, and easy to follow style, but as someone who frequently reads for (and with) children, that’s actually a positive. It’s very engaging, and easy to follow. The darker sides of the Amazon’s history is tactfully, yet eloquently covered, without dwelling on the horrific or violent aspects of Heracles’ invasion.

The art by Anna Rud and Steffi Walthall is beautiful. There are images that are cracked, and aged to look like the frescos inside ancient Mediterranean ruins, but there are also pictures of Diana from today; photos of her friends, enemies, weapons and armor too. There’s even a shot of her driver’s licence!

While the first half of the book is all adapted from scrolls, and ancient books of learning, the second half is Diana’s own personal account from the world of men. The balance between the ancient and the modern is masterfully handled, and exquisitely illustrated. Way of The Amazons is a great title, because even though some may think that it’s based on an archaic set of morals and values, Diana’s use of those in the modern world, show how relevant and powerful they can still be today.

There are extremely few, and I’m really nit-picking. Certain passages, phrases, and stories are repeated, which could possibly prove frustrating to an adult reader. When reading this book with, and to children, however, they seem to lap it up. Nothing can prepare you for a ten year old child remembering, and vocalising, that Antiope and her followers founded Bana-Mighdall, because you’d read it to them a few pages back. That’s true magic.

The Way Of The Amazons is a must buy gift for the Wonder Woman fan in your life, but it’s also the perfect book to give someone who doesn’t know the character at all. History, mythology, action, and adventure… it’s all there. Nubia, Hippolyta, Antiope, Cheetah, Steve Trevor, and Etta Candy are all pictured and covered too.

You can read this alone, read it with or to your children, nieces and nephews. The best part is, you can also feel safe in the knowledge that you can let the kids read it for themselves, too! This book is a treasure, and something that’s a way better gift than a toy, or a video game.

This will light a fire of imagination within their hearts and minds, and, hopefully, inspire them to be better people. That, after all, is the way of the amazons.