Duelling with Narcissism - A Legends of Runeterra Deck Tech 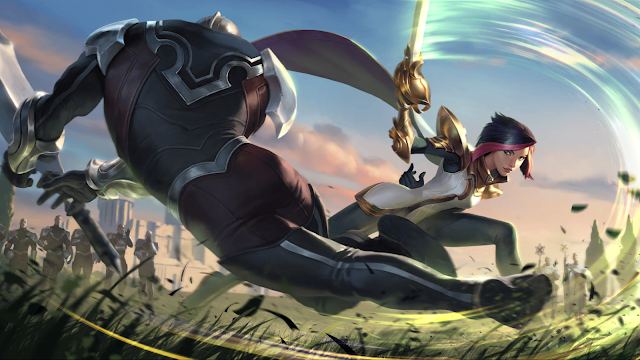 So some of you may be asking, "but Adam, I thought you were wholeheartedly married to Magic the Gathering as your card game of choice. Why are you doing a deck tech on this new upstart?" To that, I would have to say that that is a really specific question, but one I will answer.

During the time of the Backstreet Boys, when I was locked in for the health and safety needs of the entire world. A new game reared its head on the horizon. I, a gamer and an intellectual, could not say no to a shiny digital card game compatible with both phones and PC. As someone who was eaten up and spat back out by Hearthstone, I was initially wary. I didn't intend for this article to be a review for Legends of Runeterra. Anyone who's been keeping up with me on YouTube will know I like it...

On my endless, arduous journey up and down tiers in Platinum Rank, I came across something very interesting. I was absolutely crushed, so naturally, I had to rip it off and put my own spin on it. I had never been so succinctly crushed by Fiora than on this brew, and spoiler alert, there's NO IONIA TO BE SEEN.
We all know how Fiora works. Once the only card that said "you win the game" on it, now also in the same company as Star Spring. She wants to 1v1 everyone, so pairing her with Shen and other Barrier effects is a natural choice. Sometimes she's featured in a Freljord shell with Ashe and Frostbite cards, but I think there's more to her design. Consider Noxus for a couple of reasons. 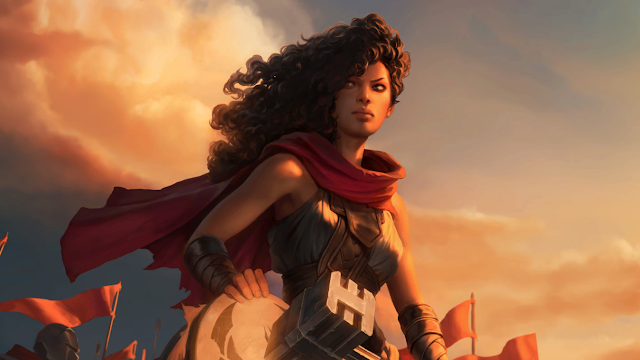 Reason 1: Legion Drummer. Now I know that you could still give Fiora Quick Attack in the Shen version with Young Witch, but with the presence of Go Hard and Twisted Fate out there, I'm unwilling to rely on that plan. Legion drummer attacks aggressively as a 3/2 for 2, and gives Quick Attack for Fiora to attack freely into things she'd normally trade with. Legion Drummer is also particularly welcome against the many Fearsome variants going around courtesy of the Masters Invitational.
Reason 2: Whirling Death. Single Combat, Concerted Strike, and to some numbers, Strafing Strike, are played with Fiora to attack favourably into certain small units. What if those players knew about a spell that had a one-sided element to it, which gave her the kill but she took no damage in return. That's Draven's signature spell (and we'll get back to him in a hot second).
Reason 3: Noxus. Every now and then, you're gonna get games where you don't draw Fiora and you need another way to win. Noxus provides the midrange tools you'll need to push through aggression. Cards like Trifarian Gloryseeker work in their own way as a combat speed removal spell, and benefit from the same tricks. Buffs to your admittedly few units in the form of Transfusion and Laurent Bladekeeper are particularly effective on turns when you force through damage. 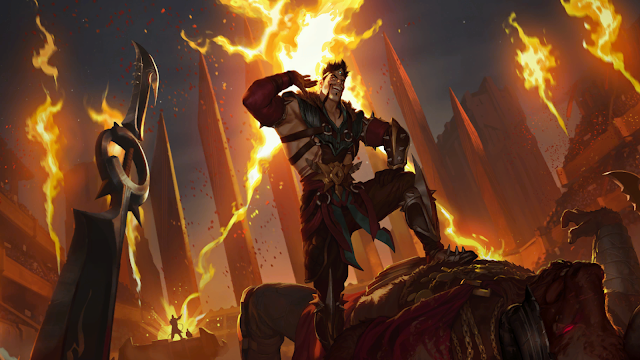 This brew is by no means perfect, and Team Portugal's recent success with Fiora and her old buddy Shen is a hard combination to beat. Unlike some brews, I'm not willing to abandon this one, despite its recent and poor finish against a friend on The Hostile Atmosphere.
Watch those exploits right here!
The deck's code, in its current state (heavily tweaked from the version in the video) is the following:
CIBAKAIAAMERUHJNAUAQGCYRCQPS6BABAEBR4AICAAAQCAYABYBACABAEUAA

As for the future of Runeterra coverage here on Fantastic Universes. Expect more deck techs like this, featuring the spotlight deck from The Hostile Atmosphere's gauntlet videos, as well as a closer look at all their action.