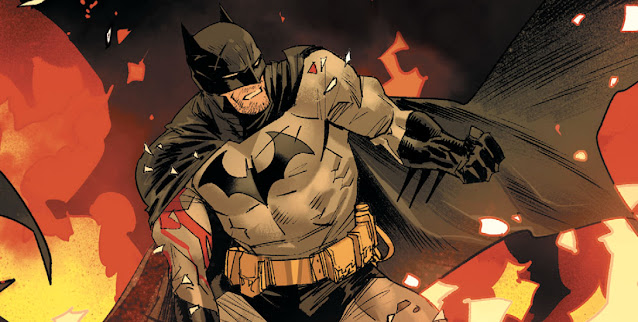 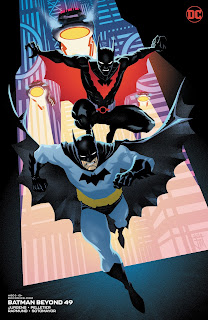 Batman Beyond #49 does something I think high end television should learn from. It’s very easy for a penultimate story to be the first half of a multi-part tale, as it could build immense drama and tension, with a crux of the situation hanging on the edge, leaving us needing the next issue to get answers. The harder, subtler thing to do, is handled brilliantly by this creative team. We get a heart-warming story of heroism that hits us with a wave of revelations that made me applaud the pdf. Alone in my office. Like a crazy person.

Getting stories this well executed on all levels is something I don’t see the big titles doing. The last issue gave us the tension and the action, and this month we see immense heart. The opening pages wonderfully bring context, by sweeping through Terry’s history with heavily detailed flashbacks. I particularly love the art team staging the two panels of Terry and his younger father, alongside younger Terry and his father as a man, with them in the same positions, and with the same colour schemes in their clothes. That kind of mirroring really makes it clear who’s who for some readers, but gives a timelessness to the dynamic that could draw sympathy from anyone. 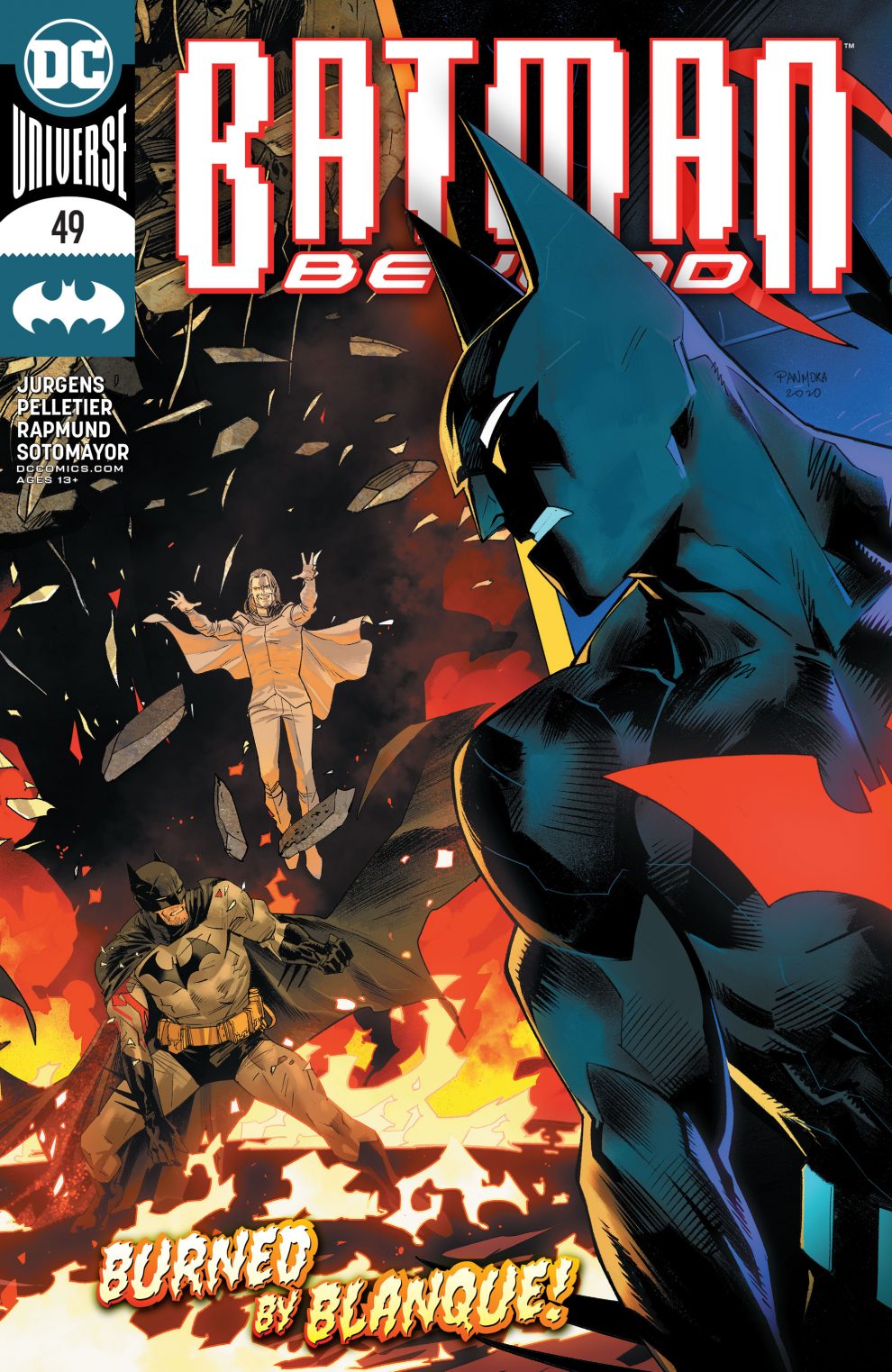 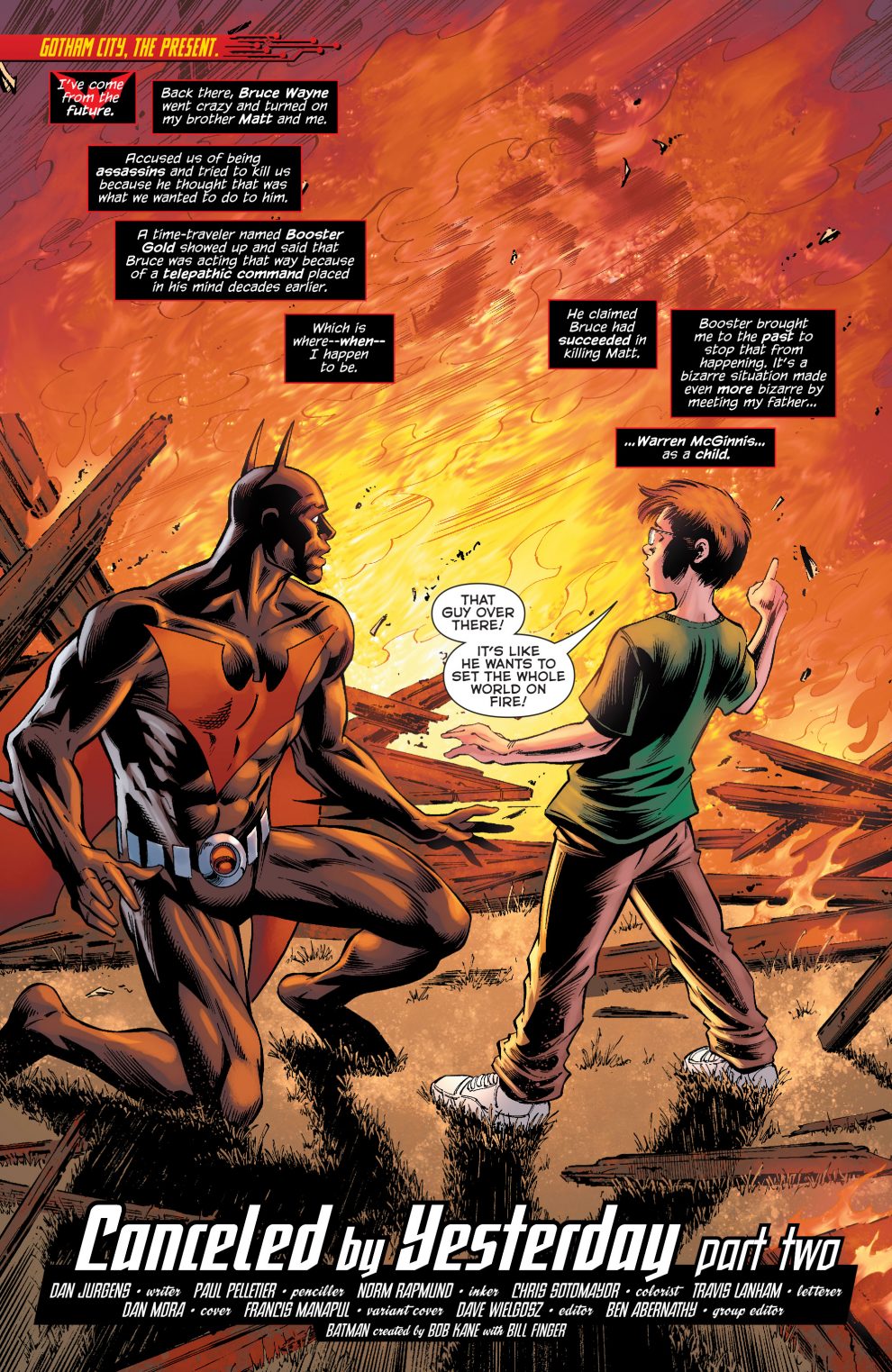 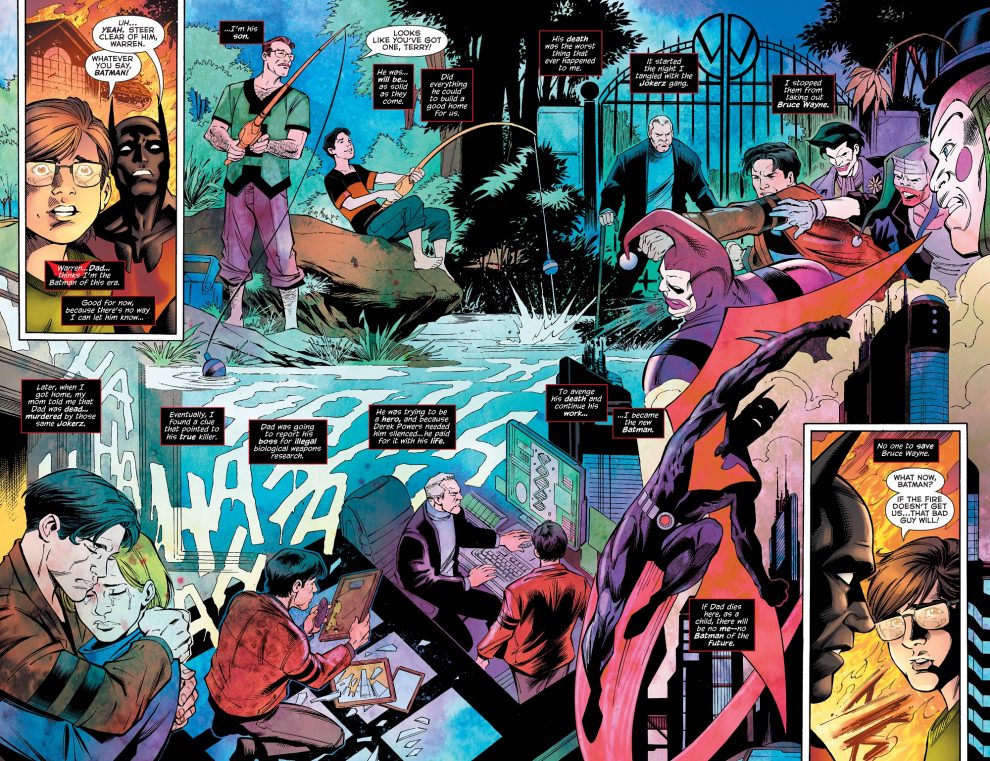 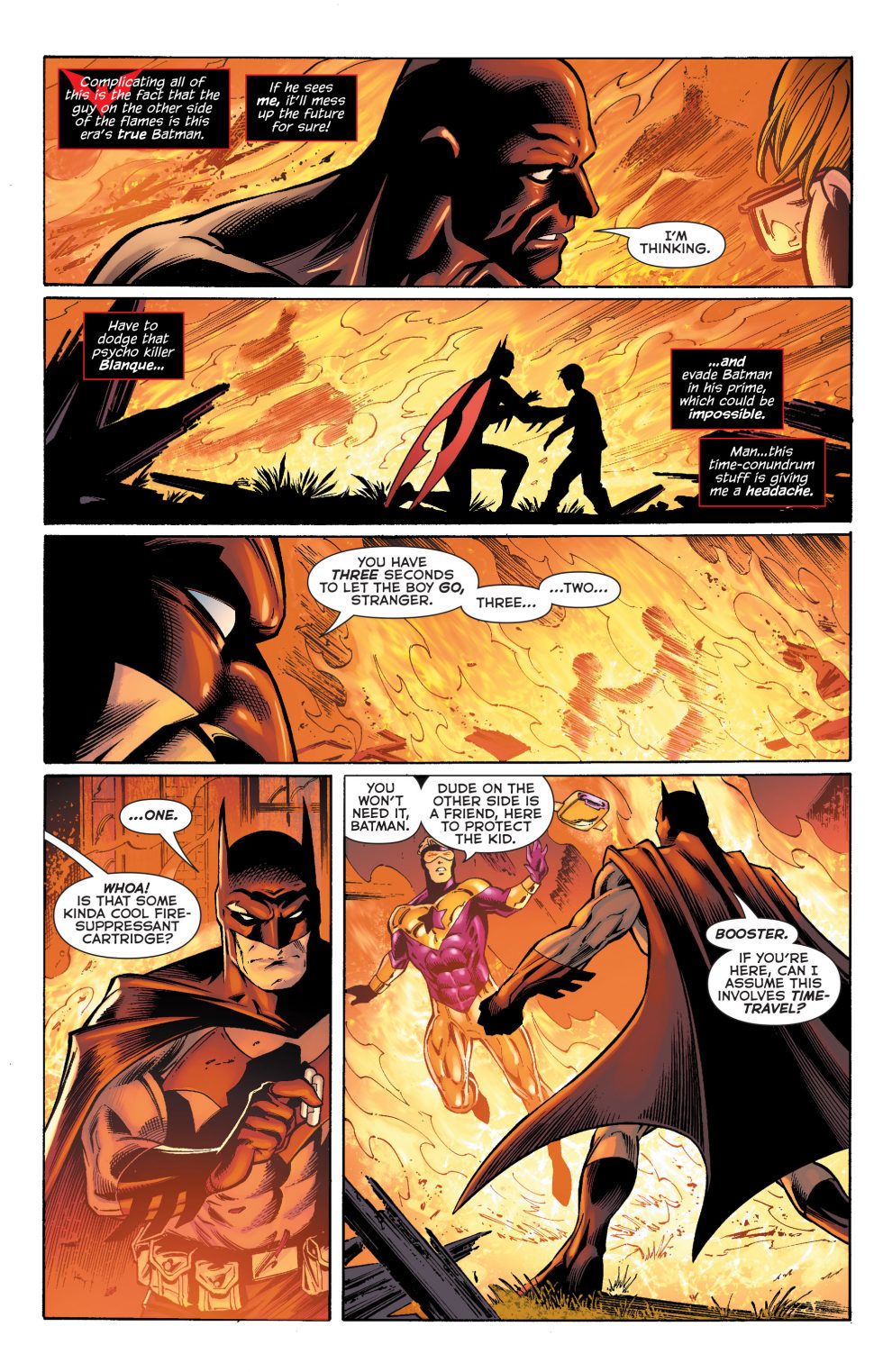 The moments of action in the issue are colored masterfully. The roaring fire feels imposing and wild, but the cosmic nature of Blanque’s attacks draw vibrant greens. The colour contrasts give us a great deal of chaos.

The issue opens with the clear theme: Terry’s father was a good man. We see that moral motivation put out overtly, almost heavy-handedly. We learn this selfless, moral code at the same time as the young Warren McGinnis. We’re then rewarded with a far greater realisation as the final pages of the story wrap us up with a welcome realisation.

As I said above, a penultimate issue could be a place to fill us with drama and tension, but that doesn’t mean it should. Batman Beyond #49 delivers a rich story with a strong message. It’s as close to a modern fable I’ve read in a long time, particularly when paired with the past issue. When you put dashing heroes, mind-warping villains, and time travel into fables, you get something truly memorable.