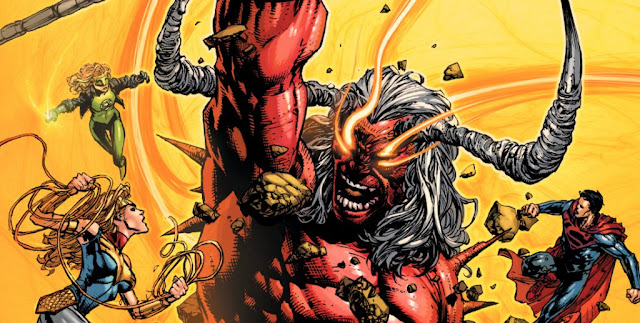 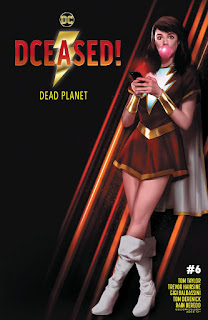 The quest for the cure to the anti-life equation is in full swing, and every surviving character in this version of the DC Universe is fighting the good fight. This issue is so jam-packed with amazing characters, that it would almost be easier to list the ones that don’t make an appearance. The best part is that we get New Gods, heroes, villains, and magic users from both sides, doing what they can –  or what they believe is right – to save humanity.

Tom Taylor is doing a masterful job of, not only weaving in a myriad of masters of the mystical, but also writing them exactly as we know and love them. Writing team books is hard, and writing out of continuity mega-events like this one can be liberating, but to do so and also make every character – who are in very unusual circumstances – feel like their “real world” counterparts is a real feat. Mr Taylor is, quite literally, killing it. 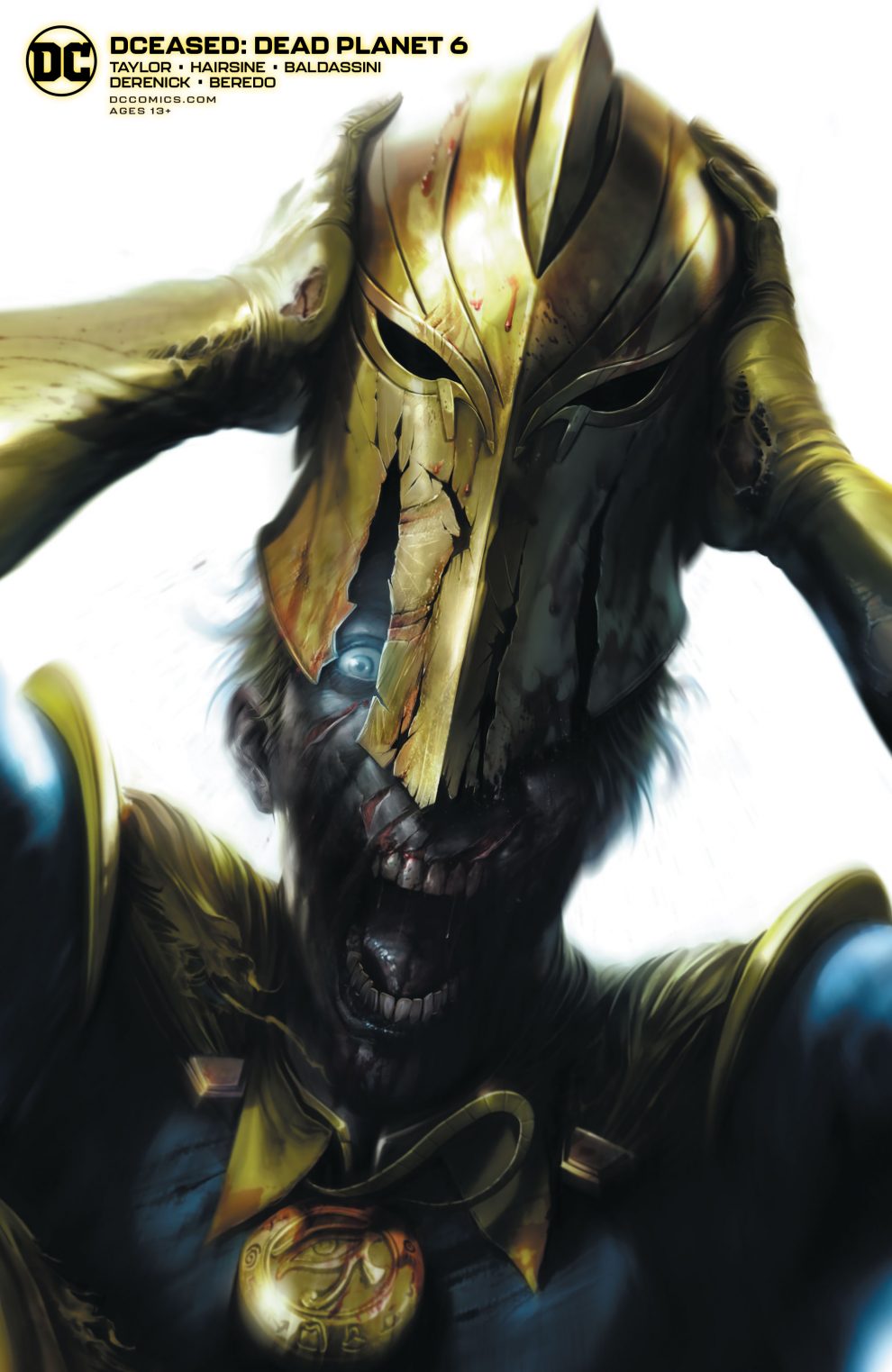 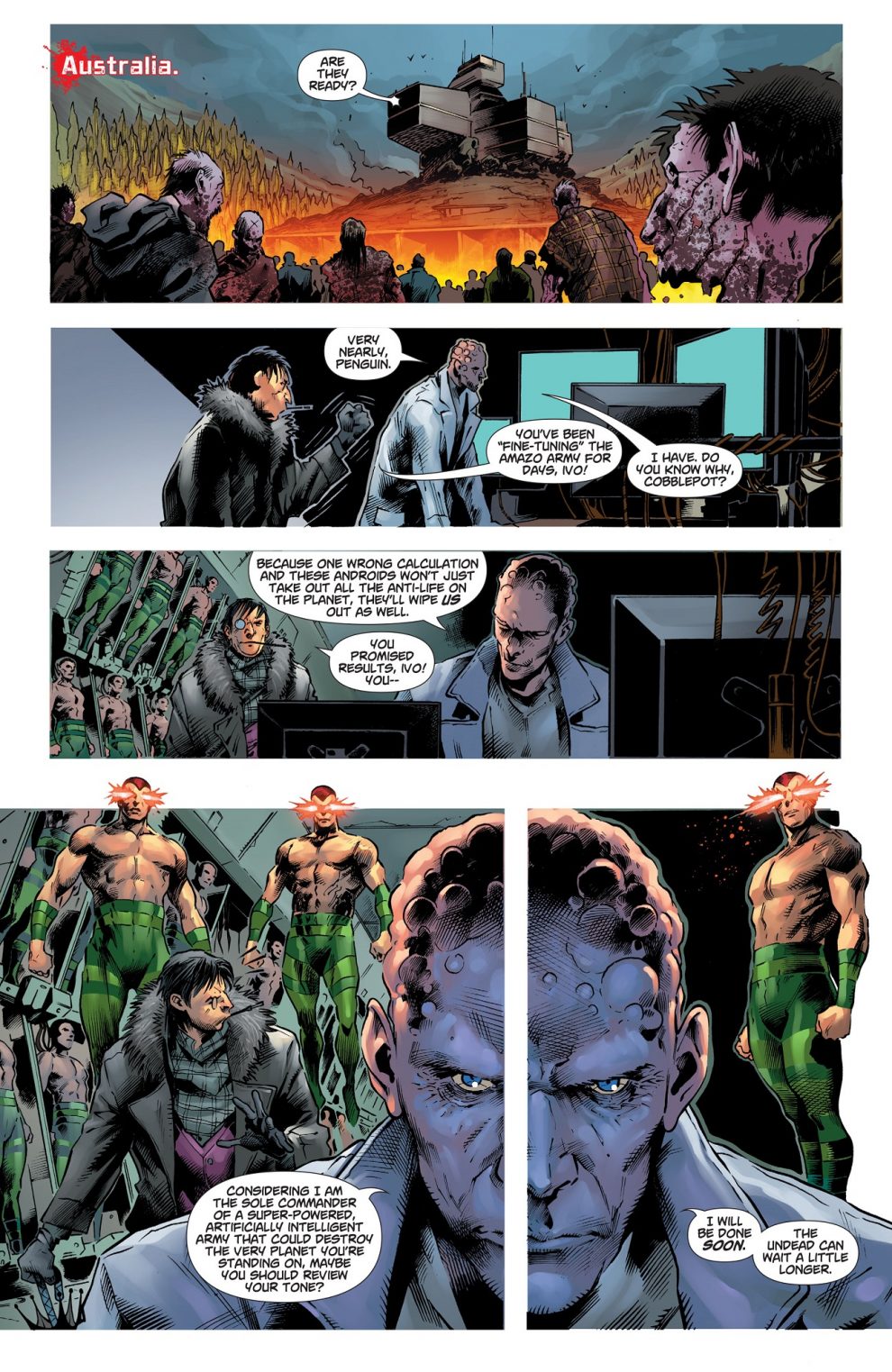 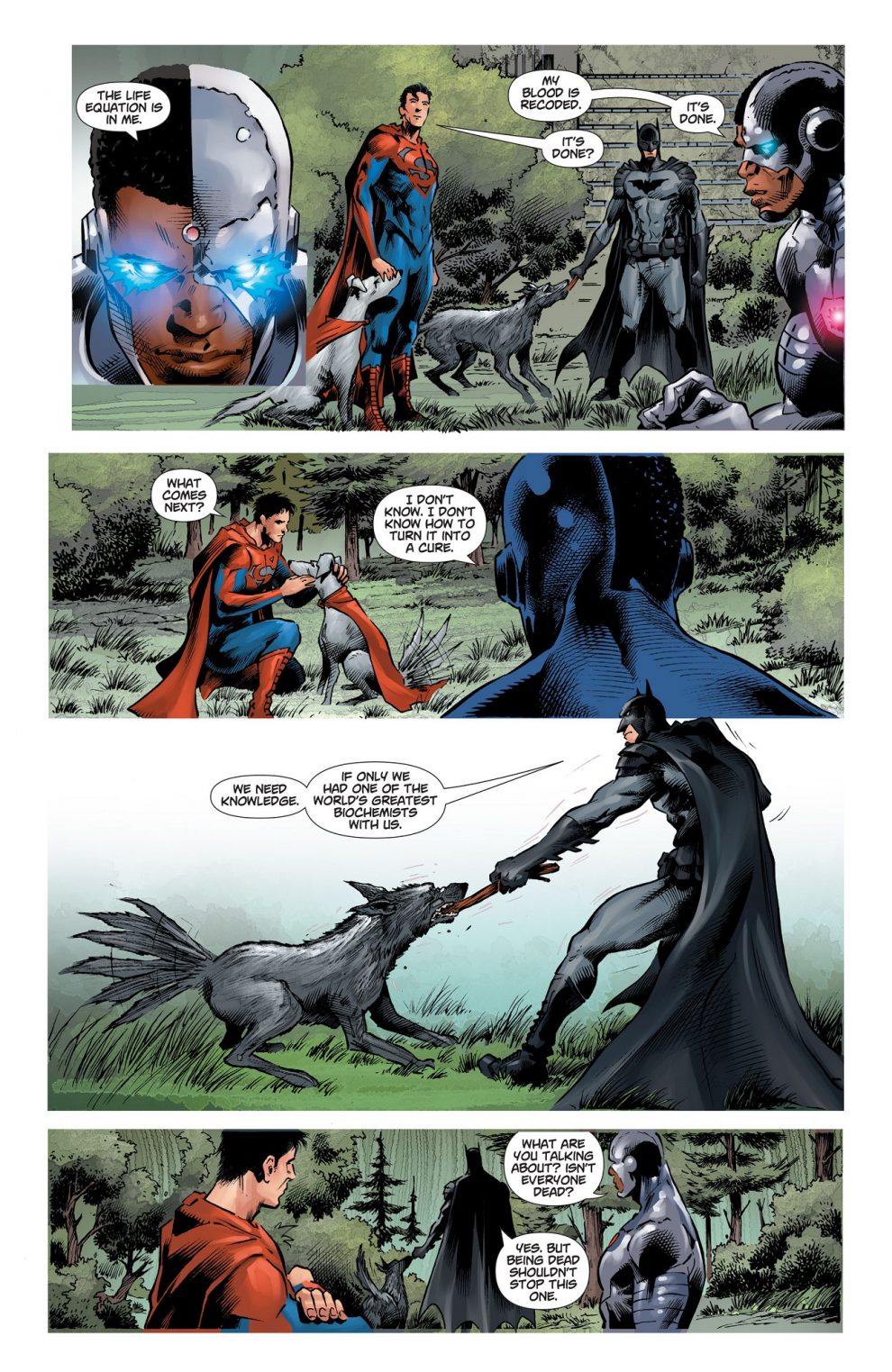 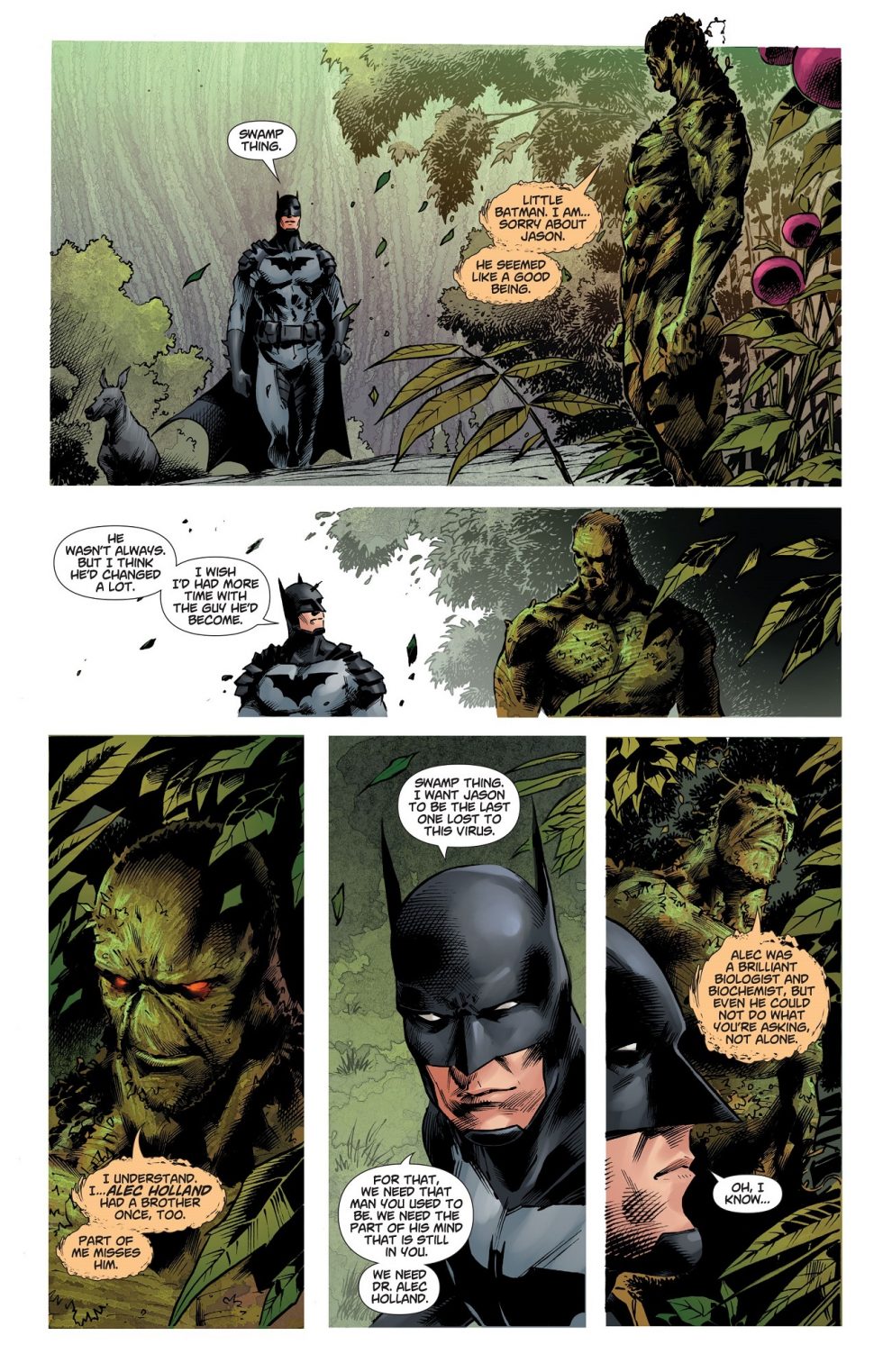 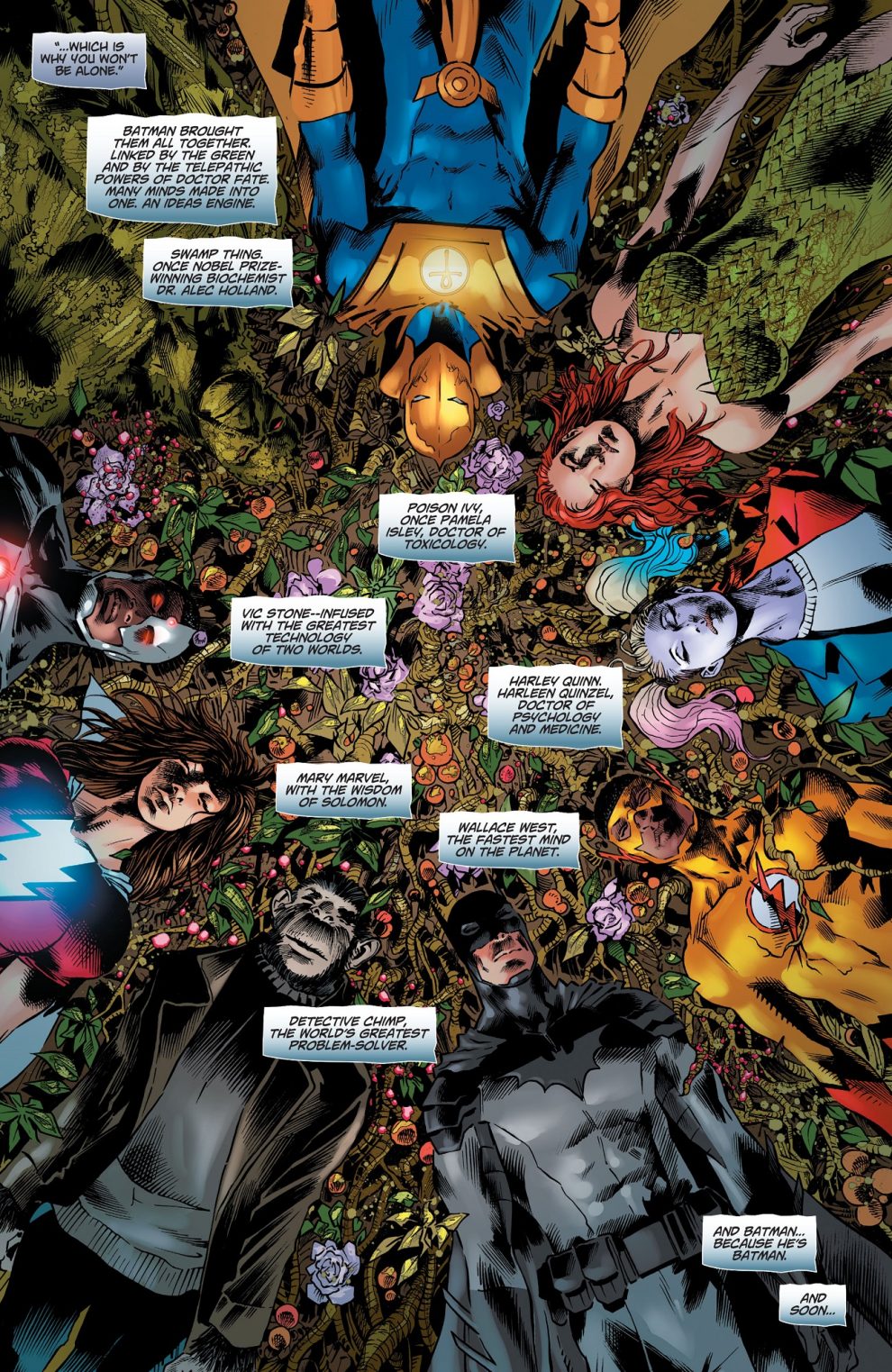 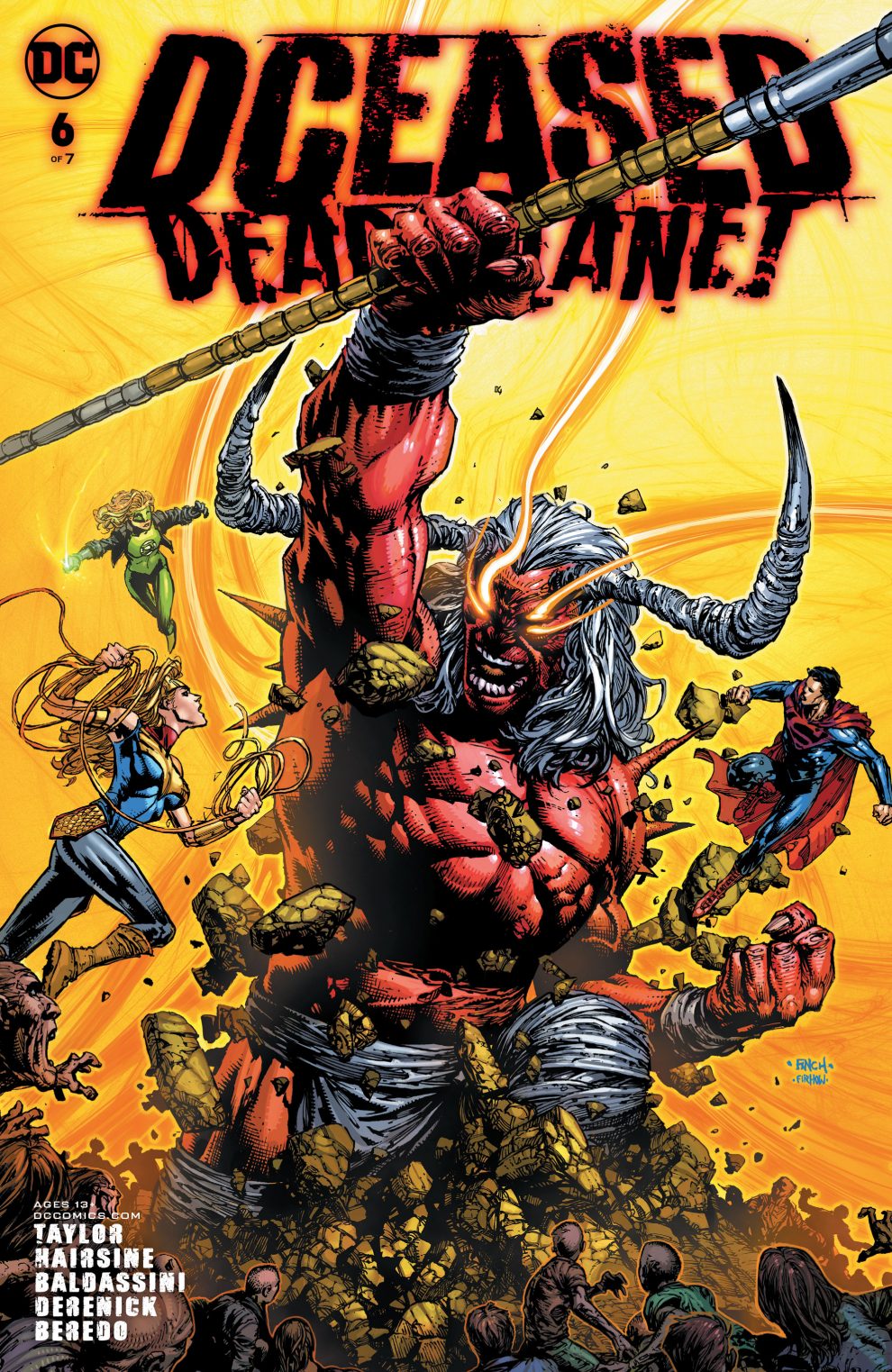 Light At The End Of The Tunnel

The art team of Trevor Hairsine, Gigi Baldassini, Tom Derenick, and colorist Rainier Beredo are also delivering drop dead gorgeous visuals (pun intended). Derenick and fellow inker Gigi Baldissini have complimentary inking styles, so I couldn’t tell which pages were covered by which artist. What I did see is that both talents did a great job of making Trevor Hairsine’s terrifically powerful pencils come to life. Rain is a wonderful color artist, and after moths of blood and gore, it was great to see him add some vibrant hues to the garden scenes on pages 2, 3, and 4. This whole team is delivering great work, as is the brilliant Saida Temofonte on letters.

It’s no secret that I’m a huge fan of Justice League Dark, and DCeased: Dead Planet #6 is like an Elseworlds variant of that brilliant series, but with Crisis On Infinite Earths level implications. Tom Taylor and the killer crew are giving fans all our favorite characters, mine in particular. John Constantine really comes into his own in this issue, and even though he’s a self confessed “nasty piece of work” he’s delivering the goods to prove otherwise.