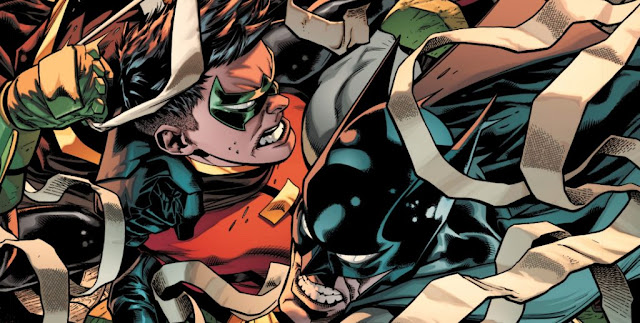 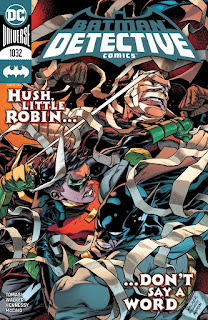 Detective Comics #1032 picks up exactly where the previous issue’s cliff-hanger cruelly left us. Nightwing, Red Hood, Signal, Orphan and all of Batman’s lieutenants have been captured by Hush, and what he has planned for them has been arranged with surgical precision… quite literally! Yes, Bruce Wayne’s childhood friend turned mortal enemy, the man who once shared his face, and stole Catwoman's heart, has returned.

Peter Tomasi’s imagination is working on overtime, as the villain’s plan is nothing short of (evil) genius, and so perfect for Tommy Elliot’s character. He also further develops the plot with the new wannabe mayor, Chris Nakano, really not seeing eye-to-eye with Bruce Wayne. Plus, Bruce finally catches up with Damian, and sparks fly! 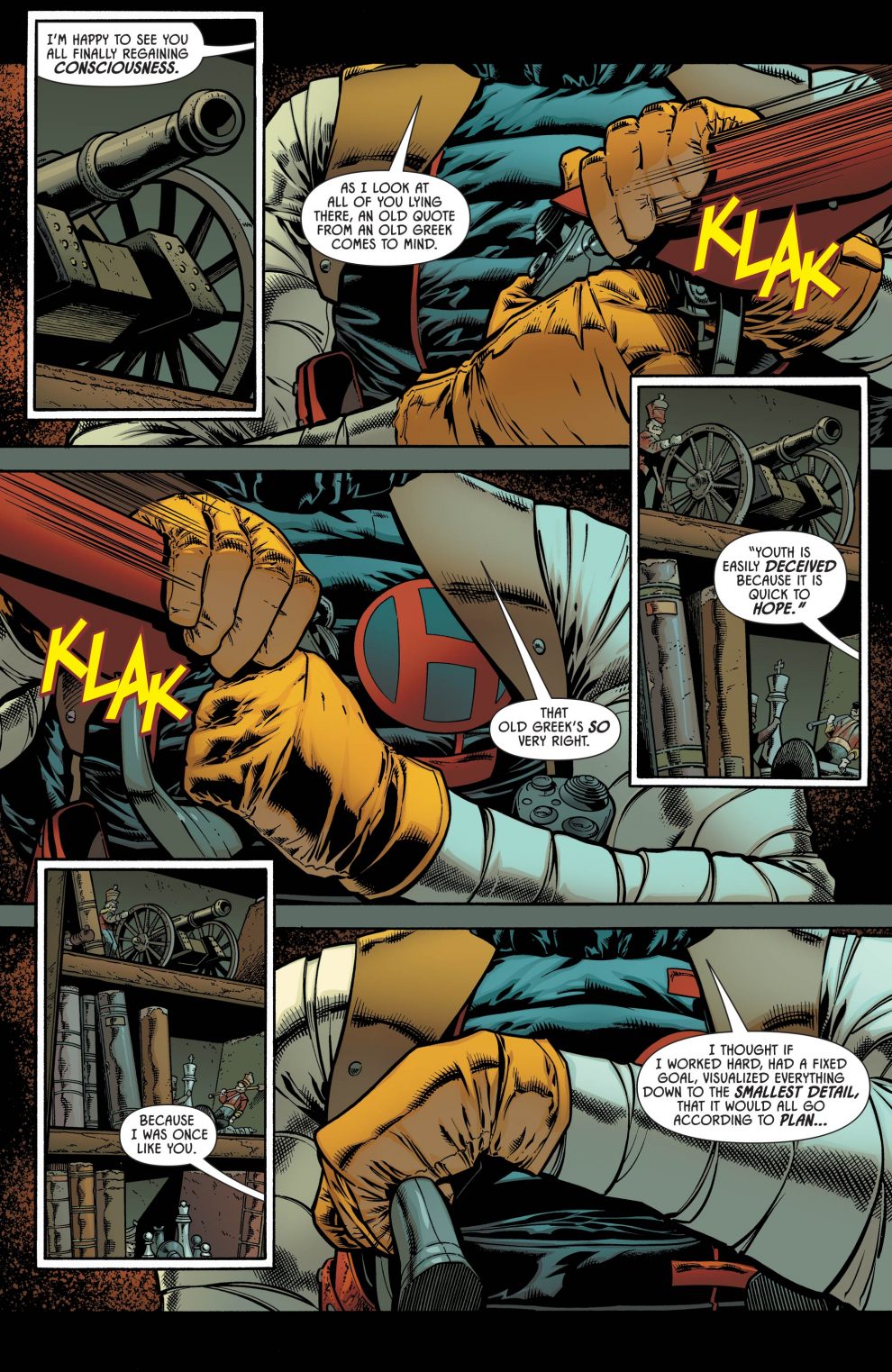 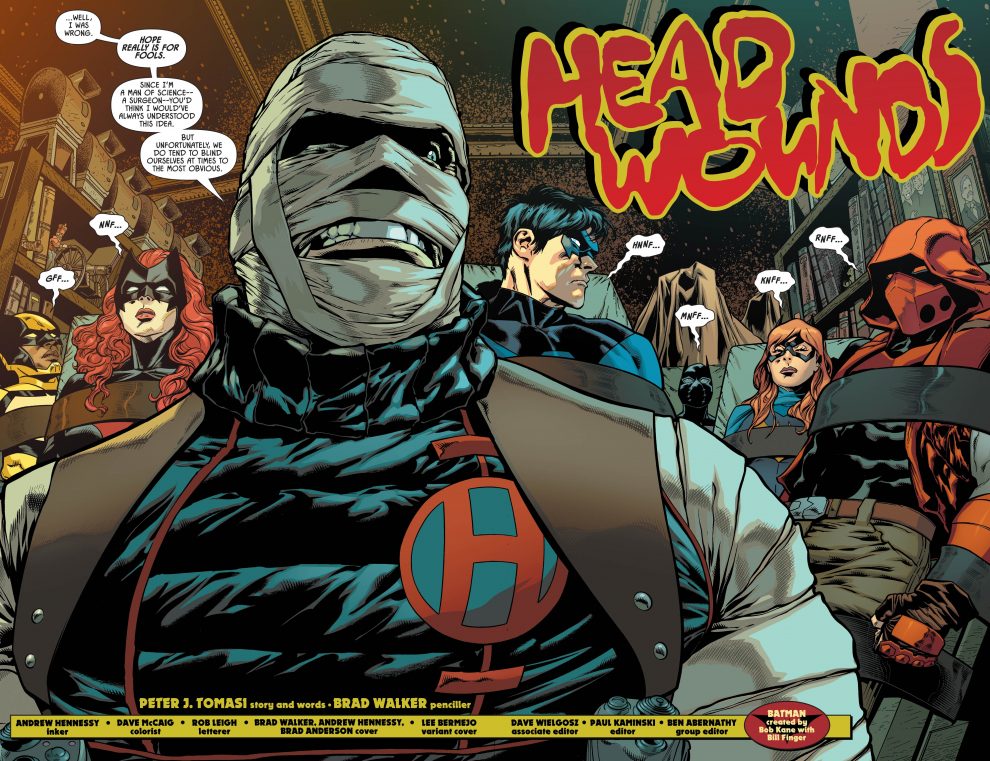 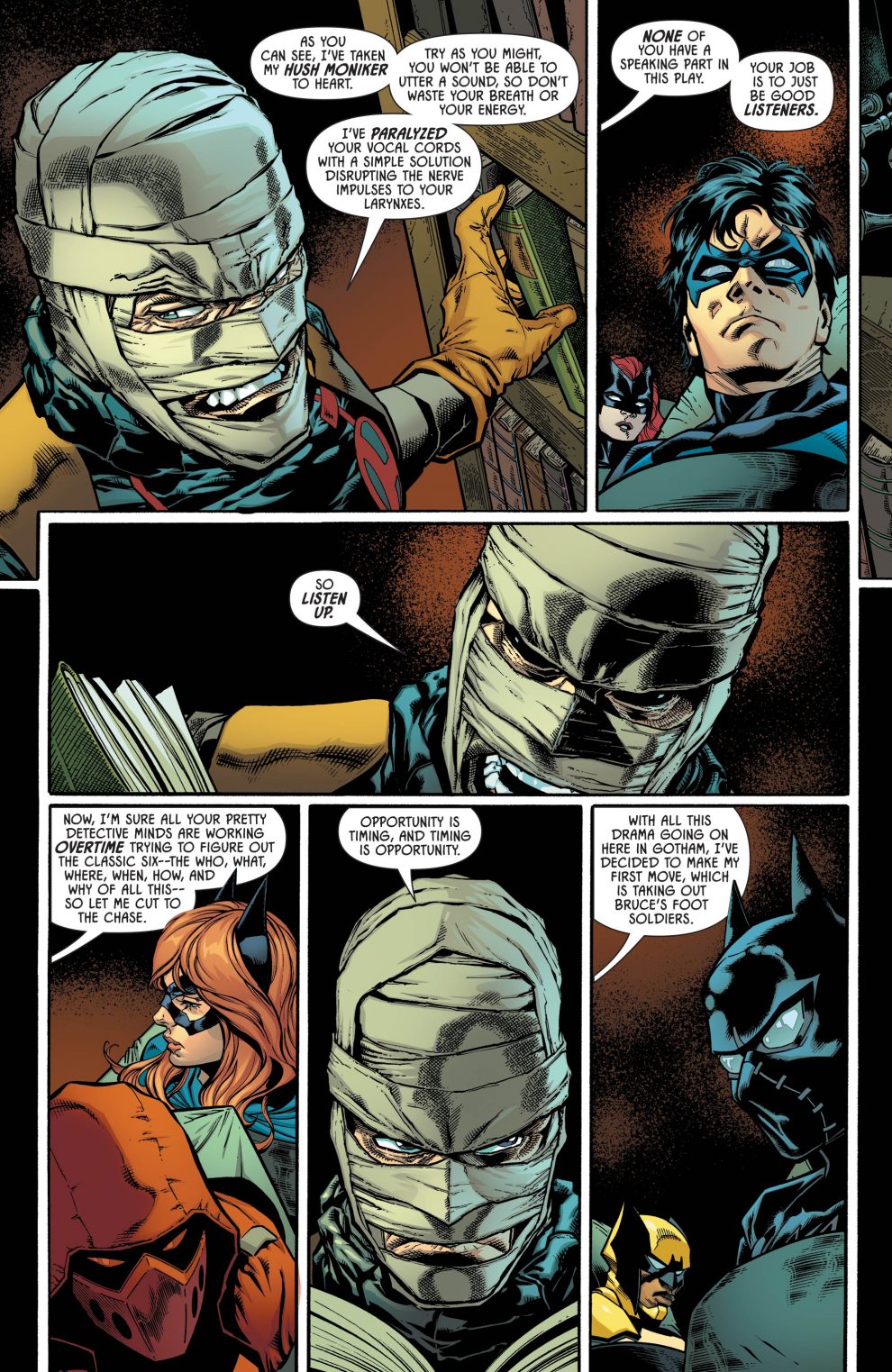 Not only do we get a classic villain returning to these pages, but the awesome art team of Brad Walker and Andrew Hennessy have also returned! Needless to say, this issue looks gorgeous, and the colors by Dave McCaig are as awesome as the line art. I hope this team sticks around, as I believe that they could become a classic Detective Comics partnership. Their version of Hush is a bruiser, and he feels like he could actually be a physical threat to Batman, as well as an intellectual one.

Oh… and the aforementioned meeting between Dark Knight and son looks as great as it reads. Detective Comics #1032 is a great piece of comics entertainment… but it has been for 39 issues straight, so I shouldn’t really be surprised.

What I love about this series is the brilliant way it delivers great action, well thought out characters and terrific dialogue. It’s a comic that works for new readers, old cynics, and everyone in-between. Anyone meeting Hush for the first time will be impressed, and long-standing fans get a fresh take on a classic villain. I’m a Detective Comics fan, and don’t see that changing.