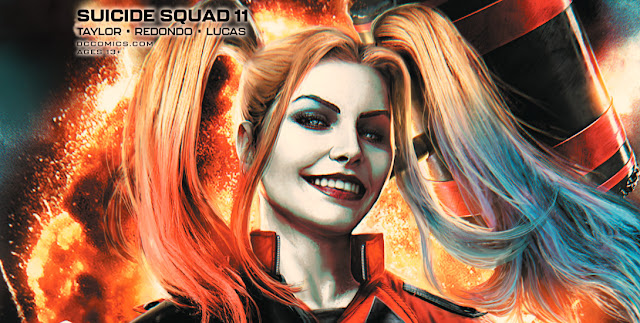 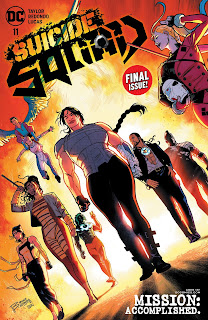 The cover art for Suicide Squad #11 contains the caption “Mission Accomplished”. With the release of this, the final issue of his run, has Tom Taylor rounded off his story in a complete, satisfying way? Having now read the issue, I can safely say that the answer is a resounding yes!

This all too brief 11 issue run has reinvigorated the title immensely, and brought a fresh cast of characters into the DC Universe to boot. Along with long standing favourites such as Deadshot (RIP) and Harley Quinn, brand new creations such as The Aerie, Jog and Zebra-Man, this incarnation of Task Force X has been a joy to read.

It’s no mean feat to make the reader care about the fates of so many brand new characters, yet Taylor has pulled it off. With the transient nature of the Squad meaning that these folk are constantly on first name terms with the Grim Reaper, these new men and women have transcended above being mere cannon fodder to certainly make their mark!

Following from the cliffhanger ending of last weeks penultimate issue, I certainly feared the worst for our favourite task force within these pages. No spoilers here, but it’s safe to say that this issue certainly delivers with a highly potent dose of action, pathos, humour and, most surprisingly, a fair amount of sentimentality. There’s a tangible sense of this being the end of an era and the birth of a new one, and it will be very interesting to see where this motley crew go next. “Revolution” is most definitely in the air. 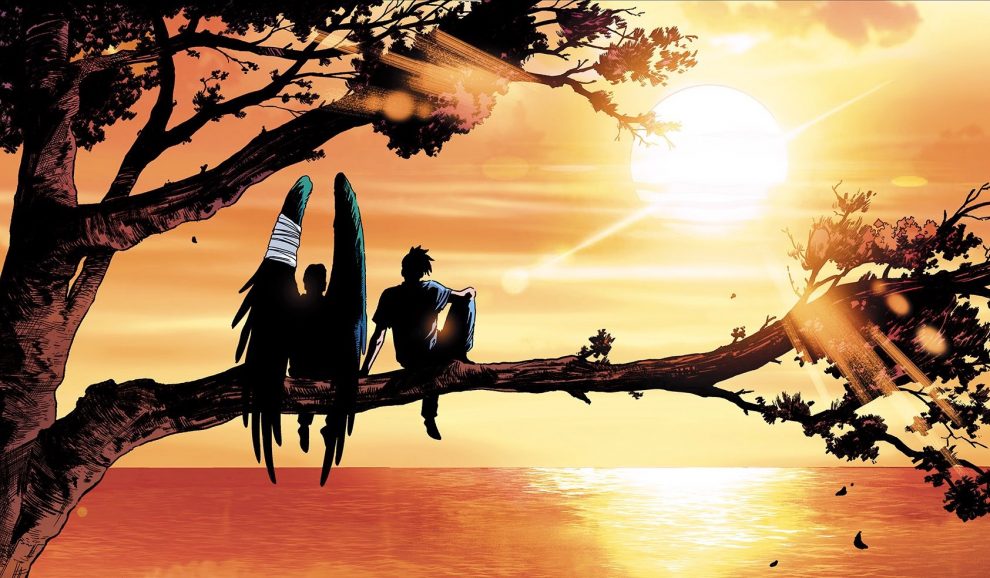 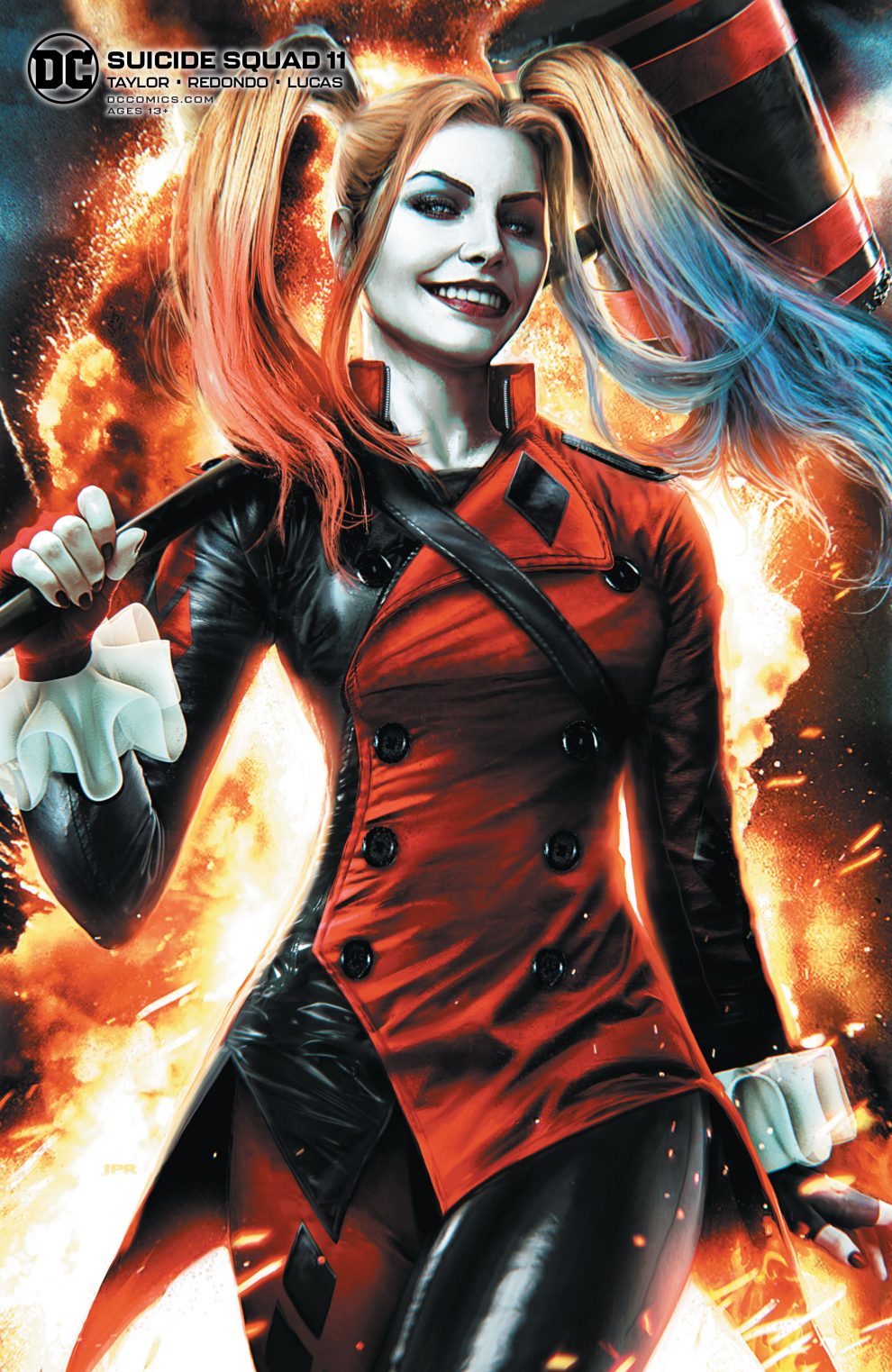 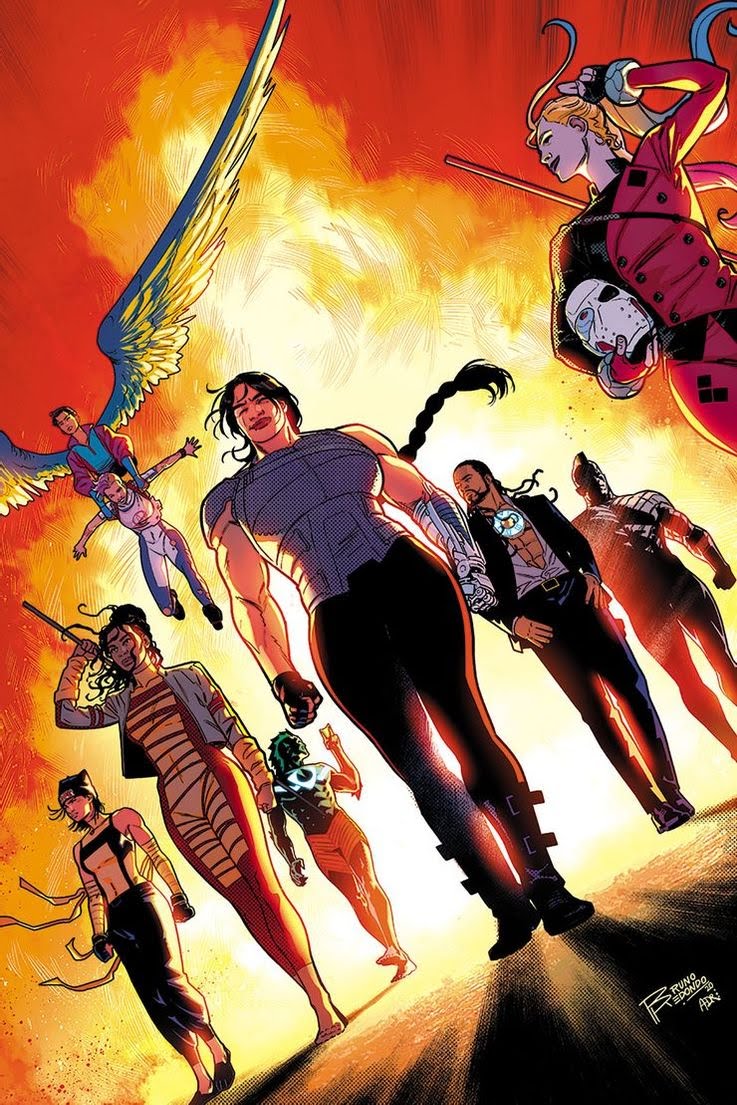 One of the absolute highlights of this run have been the visual feasts on offer in every issue. The artwork from Bruno Redondo, coupled with the colour work of Adriano Lucas, has been a treat, to say the least. A literal explosion of violence, color, larger than life characters and blood has been right up my street. Throughout the 11 chapters, every page has exploded with action, and captivated this particular reader. An extremely worthy companion to Taylor’s arch, snappy dialogue, this has been one of the most vivid, striking books in circulation. I just wish there were more issues in the pipeline!

The versatility of Taylor is showcased in the denouement of this issue, as we witness a meeting between Harley Quinn and Deadshot’s daughter, Zoe. The respect and affection that Harley has for Floyd Lawton is really brought to the fore here, as she strives to paint the most positive picture she can for Zoe when talking about her late father. It ties into the mood of the chapter being brought to a close, and shows that even characters that tend to walk on the wild side can matter to people, and demonstrates care for those that are left behind. Always a character that operated in several shades of grey, Deadshot’s demise has been expertly handled by this creative team. Whilst comic book characters famously don’t tend to stay dead, if this is his curtain call, then he’s gone out in the best way possible.

Suicide Squad #11 brings a wonderful run to a nice conclusion. It manages to avoid leaving too many threads dangling, but does leave a door open for more stories involving Taylor’s new creations. The 11 issue epic has been very tight, with the maxim “all killer, no filler” being very apropos.

Whilst I am sad to see it end, I’m glad that I’ve been able to engage with a story that hooked me from the first issue, and never let up. Task Force X have had a long and storied history, with so many highlights to enjoy. This run has been right up there with the very best of them and will go down in history as a high point in the canon.