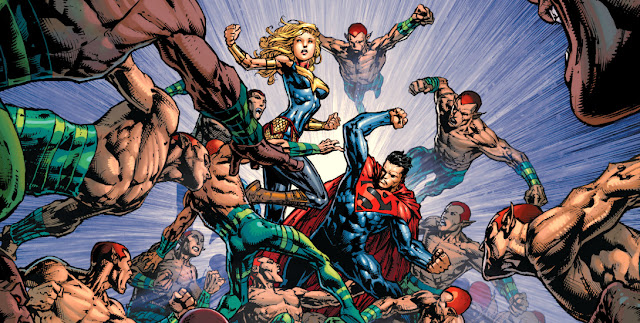 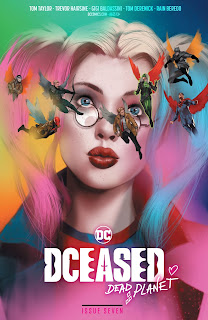 DCeased: Dead Planet #7 hits the shelves today and, just like all it’s predecessors, it’s a comic that I’ll definitely go out and buy.

The ending is tight, concise, believable and action packed. Considering that we’re leaving a world where Bruce Wayne, Dick Grayson, Tim Drake, Clark Kent, and Diana of Themyscira are dead, the denouement also ends satisfactorily, and with a modicum of real hope, and positivity.

Life At The End Of The Tunnel

I can think of very few writers who know, and clearly adore these characters as much as Tom Taylor. This is a creator who doesn’t just do justice to the greats, lesser known characters like Plastic Man, Ragman, John Constantine, Doctor Fate, Swamp Thing, Cassandra Cain, and Mary Marvel all got their chance to shine in this series. I was impressed that Wonder Woman was the true savior at the end of Dark Nights: Death Metal, but when you see who ends up being the greatest hero in this book, I think you’ll all be pleasantly surprised. 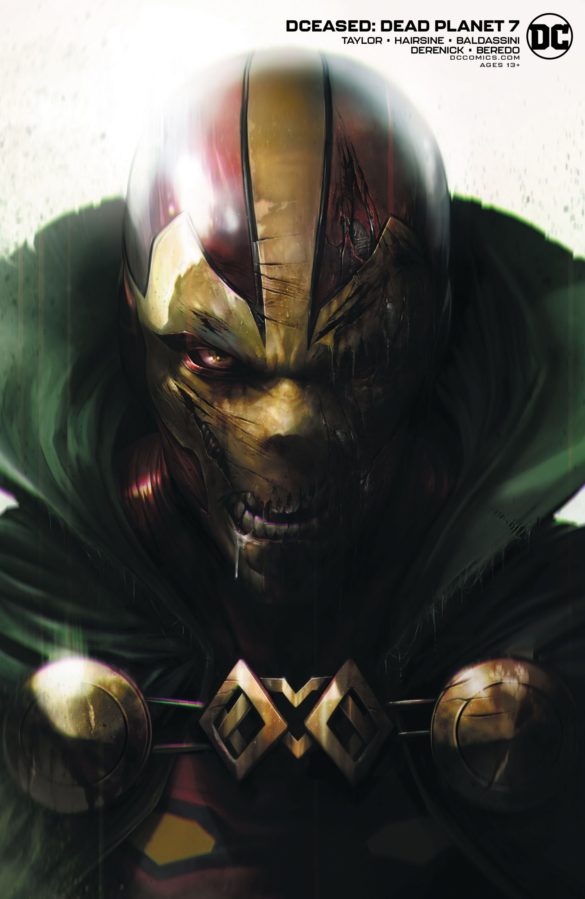 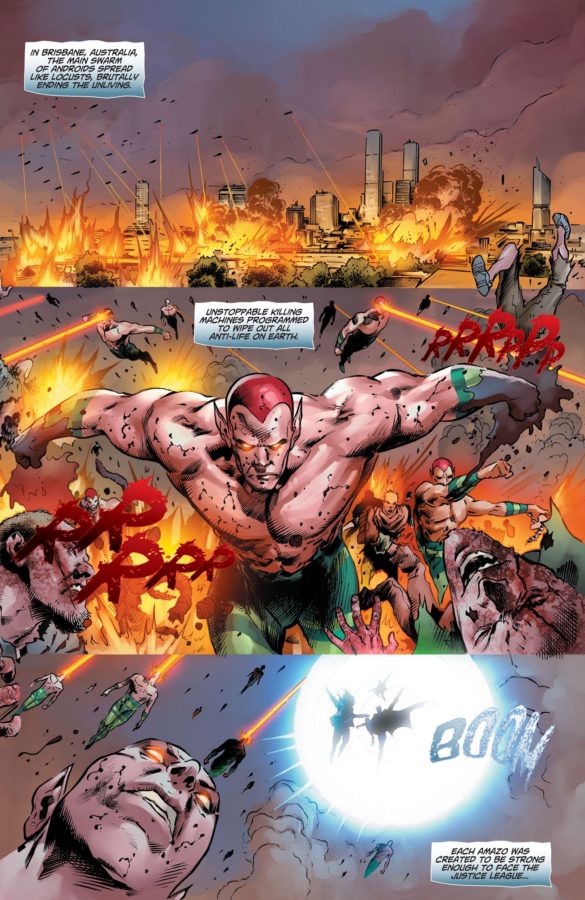 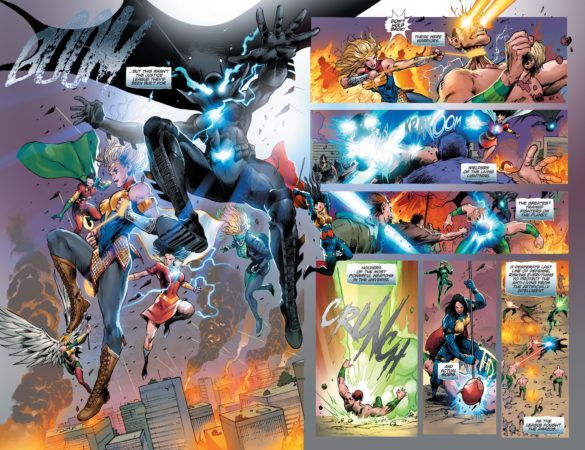 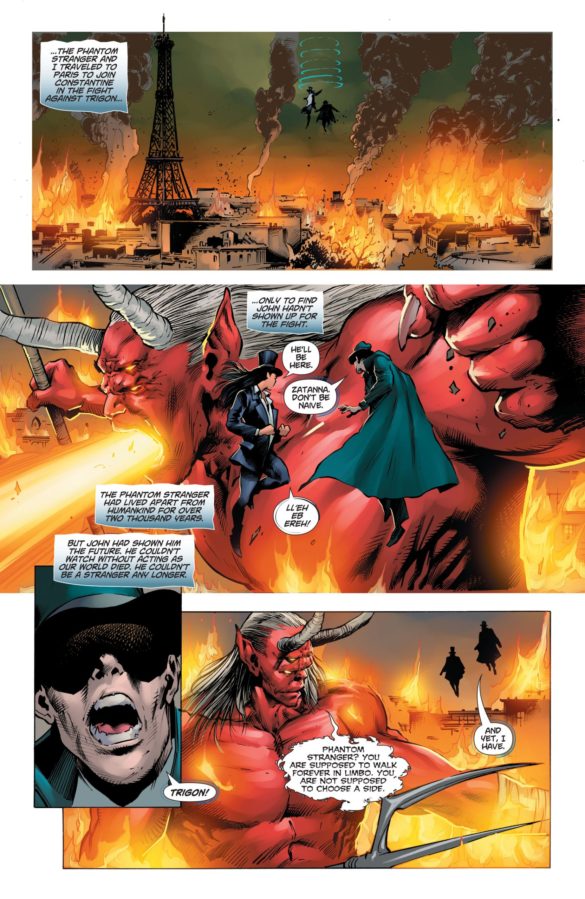 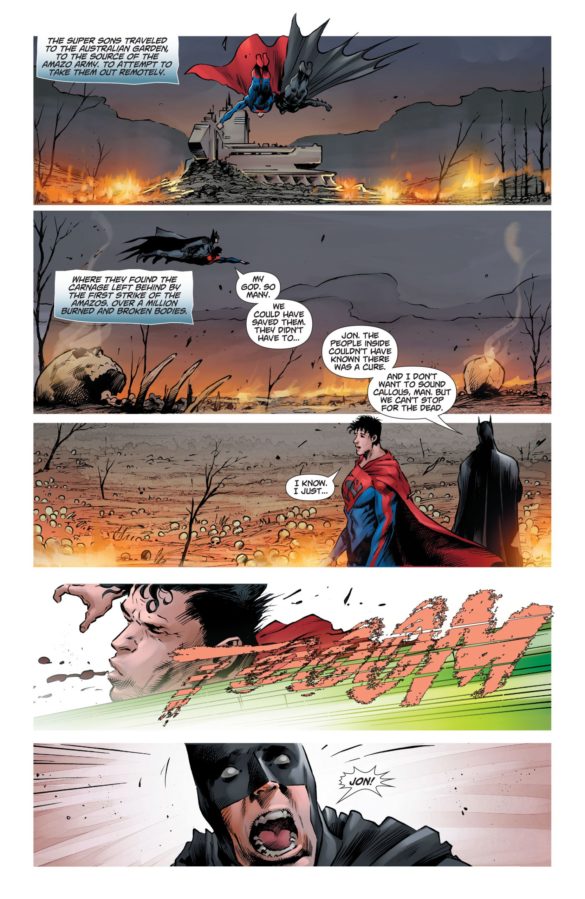 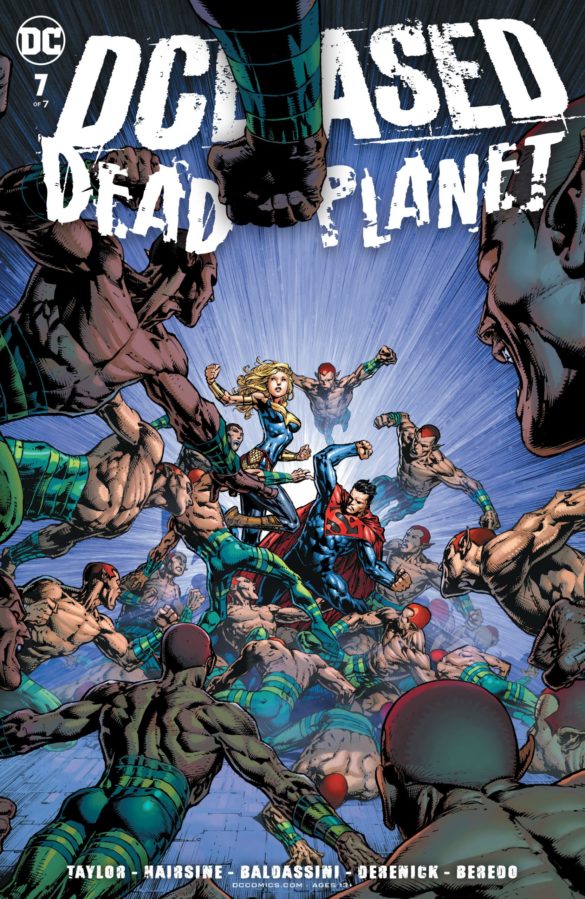 Everything about DCeased: Dead Planet #7 just works. The script, characterization, line art, colors and letters are all beautifully and lovingly rendered. All the DCeased titles have been stellar, and in a world full of knock offs, rushed and sub-par sequels, this fourth (and final?) series has delivered excellence that matches the previous three volumes in every way.

We’ve covered and reviewed DCeased, DCeased: Unkillables, and DCEased: Dead Planet, and trust me when I say that the minute I get my hands on the collected edition of DCeased: Hope At World’s End, I’ll be dissecting that one, too (morbid pun fully intended). World’s End has, thus far, only been released digitally, and we don’t get review copies for digital first books from DC. For those, like us, who prefer physical, paper copies of their comics, fear not! This story will be getting a physical, collected edition release too.

While many fans love the violence, viscera, blood and gore (who wouldn’t?) there’s a lot more to the DCeased saga than that. Even though these pages do contain lots (and lots, and lots) of (excruciatingly violent) death, the underlying message is still a very positive one. Where there’s life – any life at all – there’s hope.

I’ve loved every issue, and every volume of this great story, so am patiently counting down the days until the final book hits the stands.