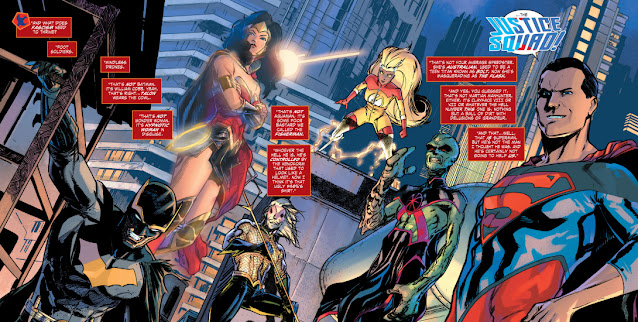 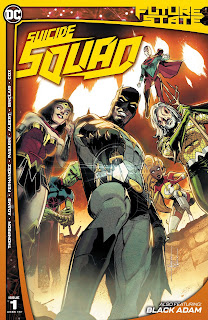 Future State Suicide Squad #1 is an engaging read that constantly keeps the reader guessing. Unveiling a Task Force X that’s extremely different from anything we have seen before, albeit with an old favourite at the helm, writer Robbie Thompson manages to avoid making this book feel like a rehash of previous Squad adventures. In fitting with the overall flavour of the Future State books, Thompson truly made me feel that this was a very different time setting, with an innovative status quo to match at hand.

The most interesting part of this new team is that they’ve been modelled on the Justice League. Yes, they’re still the same collection of rotters and miscreants, but clothed in garb that evokes the classic JL line-up. The similarity does end there though, when we see the team in the field. Whilst not as polished and cohesive as the group they’re imitating, they do get the job done. In a manner befitting of Task Force X though, not all parties emerge unscathed. Whilst some may find the image of JL costumes clothing individuals that are less than noble, I loved it. It’s a memorable image that just works.

It wouldn’t be a Squad story without the evergreen Amanda Waller being in control, and that sense of familiarity goes a long way. Yes this is a story set in a strange future, but some things never change. In a world with few certainties, Ms Waller having her hands on the puppet strings can always be relied upon. It’s hard to go into great detail about her machinations without divulging some whopping spoilers, but it’s safe to say her iron fisted method of control remains abundantly relevant. Always a lady with schemes upon schemes, her back up plan, held in storage for years, has to be seen to be believed. The anointed leader of the team, one Conner Kent, had better deliver the goods, for his own sake!… 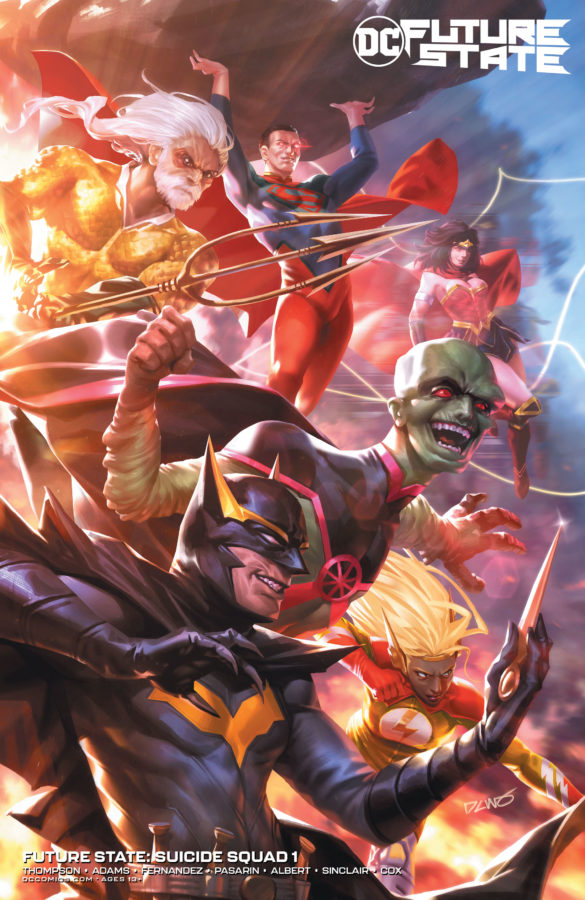 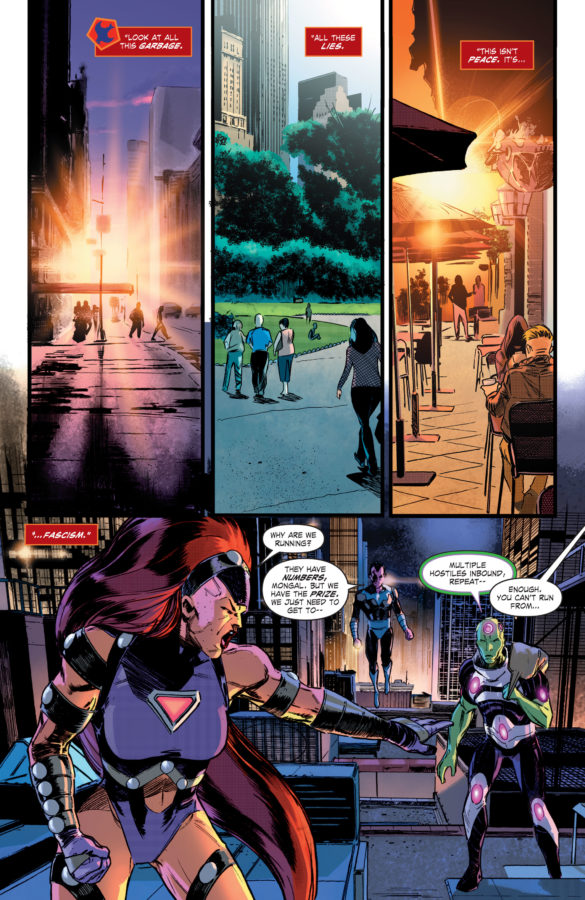 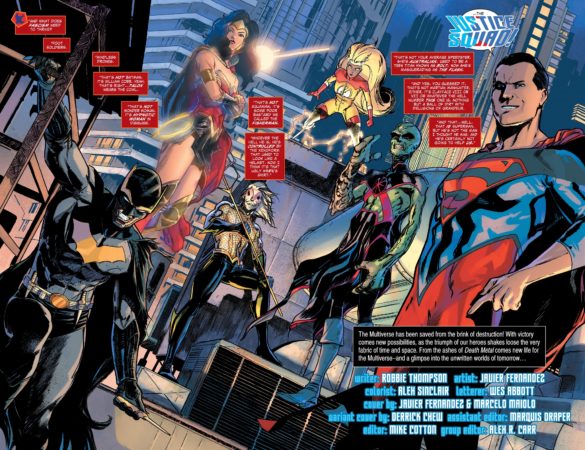 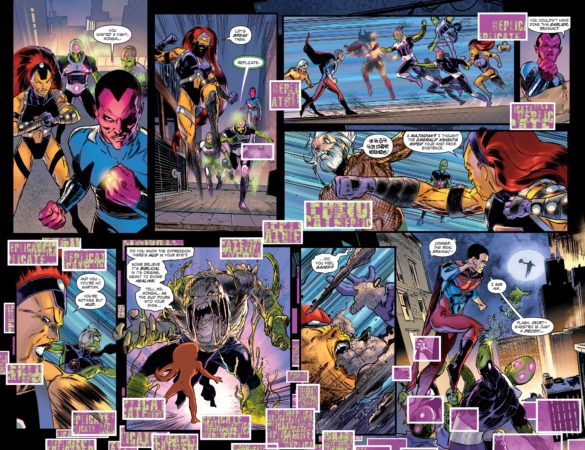 The artwork in this book is a real treat, as Javier Fernandez has created images that bounce off the page. Allied to the colour work of Alex Sinclair, the word vibrant doesn’t really do it justice. Each page is awash with life, and a spark that cannot be quantified. Nowhere is this more evident than on the truly spectacular splash page that introduces readers to the new line up, with a real verve and aplomb. The combination works brilliantly, and is as good as anything I’ve had the privilege to read in recent times.

As with a lot of the Future State books, we get a secondary story here in the shape of Black Adam.

Once again, this is a very different take on the character everyone loves to hate. Writer Jeremy Adams and artist Fernando Pasarin pick up his story very far in the future, in a timeline that should ring a bell with DC fans: the 853rd century!

This is a daring new take on Teth-Adam, and a far cry from the hard-line character that’s typically depicted. This is a more “peace and love” version of the character. When faced with an apocalyptic situation however, circumstances dictate that the classic version isn’t far away.

This is a slow burn of a story, but with truly high stakes, and I’m genuinely intrigued to see where it goes next. Remember the One Million storyline by Grant Morrison (1988)? Anybody who enjoyed that is going to find a lot to get their teeth into here… 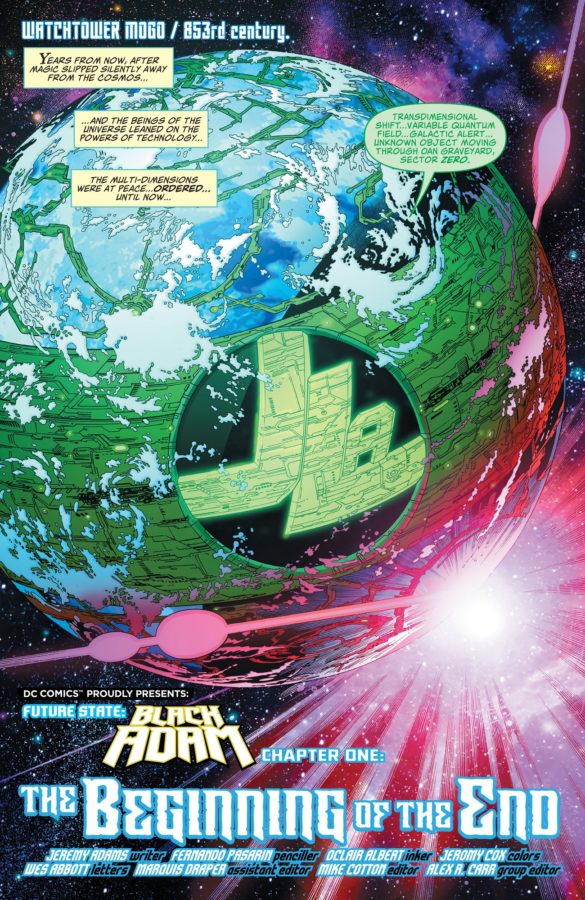 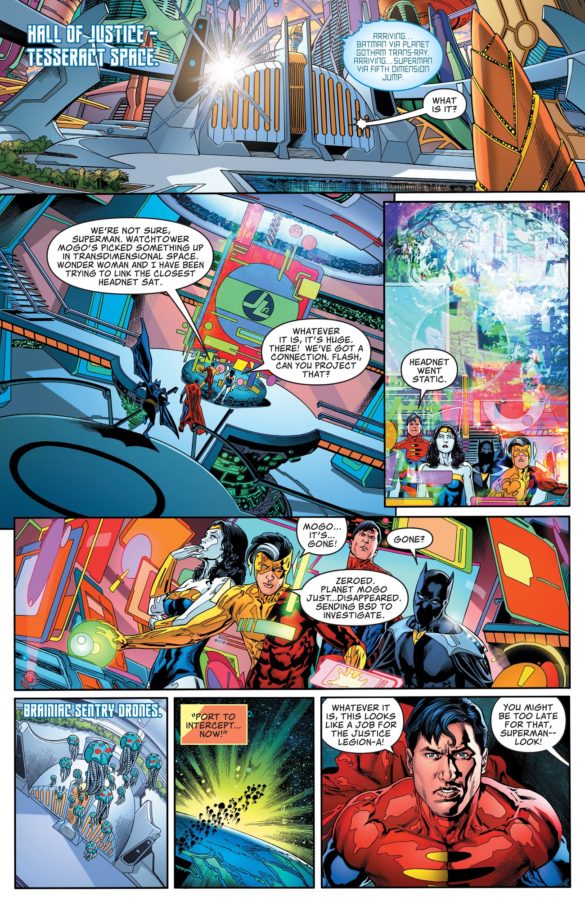 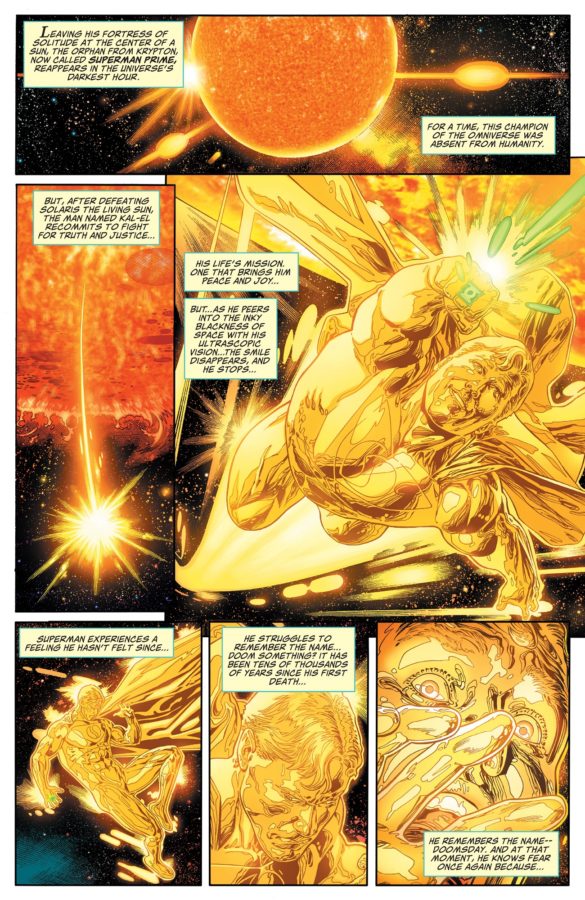 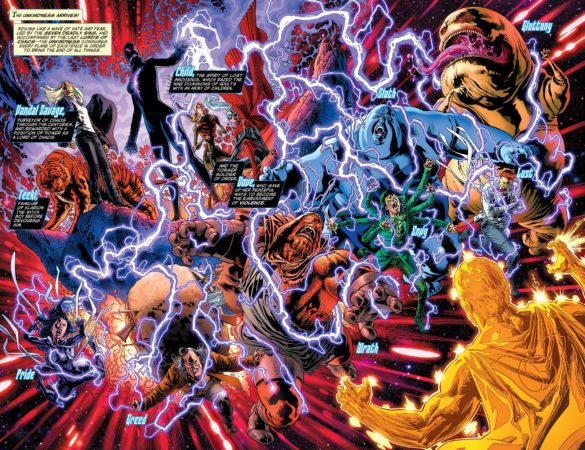 Future State Suicide Squad #1 is a highly promising start to the series. Throwing out the established continuity to present a whole new team and set of circumstances is great stuff for readers to immerse themselves in. Full of the expected violence and death, that fans of this series would be accustomed to to, there’s a greater plan at play here. Also, what about that final panel?! The second and final instalment promises to be something very special indeed and I can’t wait to see what Thompson has up his sleeve.