'Justice League: Last Ride' Hints At Dark Days Ahead For Batman and Friends 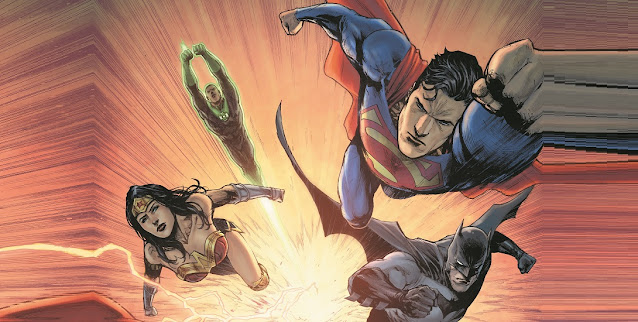 The next DC Digital First series, which thankfully will also be getting a print release, hints at dark days ahead for Batman, Wonder Woman and Superman. Justice League: Last Ride is an ominous title, and one that has me nervously excited to read more.

Comic-books tell stories that take the characters on journeys. The roads twist and turn, but hopefully end in hope or redemption. Every so often, however, we see futures where things go wrong, and where even the greatest of friendships crumble… Last Ride sounds like one of those stories. 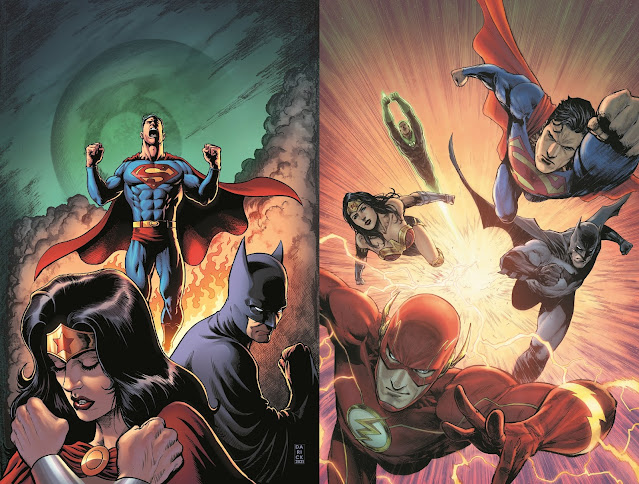 Once, the Justice League was the most powerful collection of superheroes in the universe. But an unthinkable tragedy within its ranks has caused Batman, Superman and Wonder Woman to go their separate ways, leaving the League broken and disbanded under a veil of anger and mistrust. Now, against the backdrop of the universe’s greatest murder trial, can the League reconcile the past before they’re eradicated by the greatest villains in the cosmos?

Featuring a main cover by Darick Robertson and card stock variant by series artist Mendonça, Justice League: Last Ride uncovers the shocking truth behind the League’s greatest failure and their ability to rise above to protect the universe on final time. This limited series will be available as sixteen weekly, digital chapters, followed by eight monthly print issues. The first digital chapter debuts on participating digital platforms on Wednesday, April 14, 2021, with the print issue launching in comic book stores on Tuesday, May 11. 2021. Each 10-page digital chapter sells for $.99 and each 32-page monthly print issue sells for $3.99, with the print card stock variant available for $4.99.

For the latest information on Justice League: Last Ride and the World’s Greatest Super Heroes, visit the website at www.dccomics.com, and follow on social media @DCComics and @thedcnation.