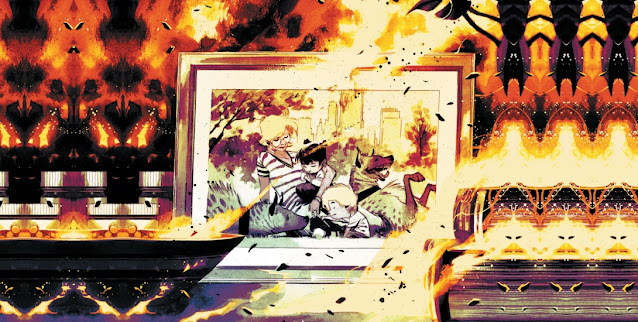 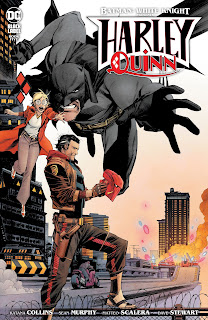 Batman: White Knight Presents Harley Quinn #5 is upon us this week, and it’s a reward for those who have waited patiently. Last time we were left with cards being shown, but tricks still up the sleeves of both parties. Hector had history visit him, while Harley and Duke were learning more about the Producer and Starlet causing all the chaos in Gotham.

If there’s a theme overtly present in this chapter, it’s one of the past coming back for a reckoning. We start the issue with Hector making his decisions over the past and present, while Harley’s forced down memory lane herself. A voice from the past comes forward to give an unexpected hand, and even Bruce Wayne starts to come to terms with where he is in this new world.

Most of all The Starlet is coming for the reckoning that her past has led her to. She has a goal in mind and, while it remains to be seen how much control she has over the strings that restrain her, lines are being crossed. Once everything unfolds… Harley may not have the choice of gaining the higher ground when the trigger’s finally pulled. 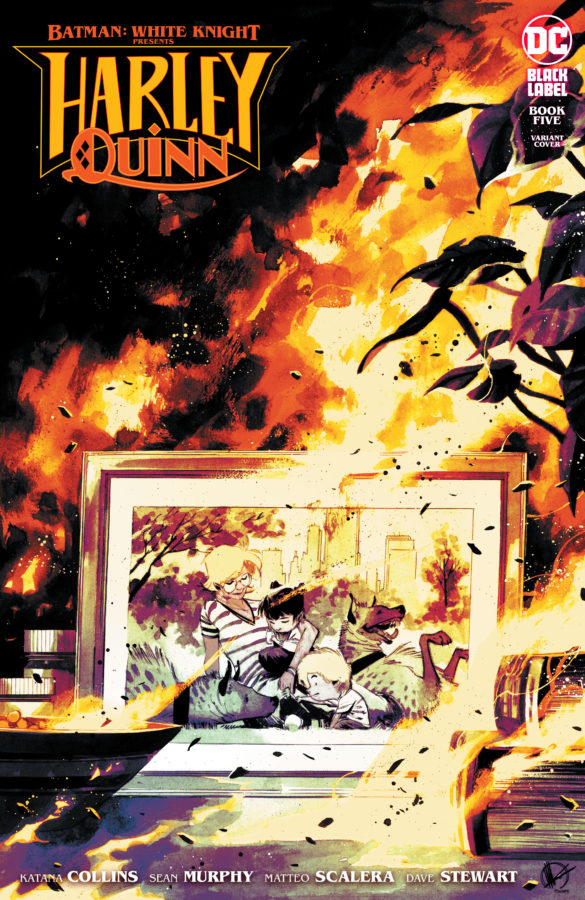 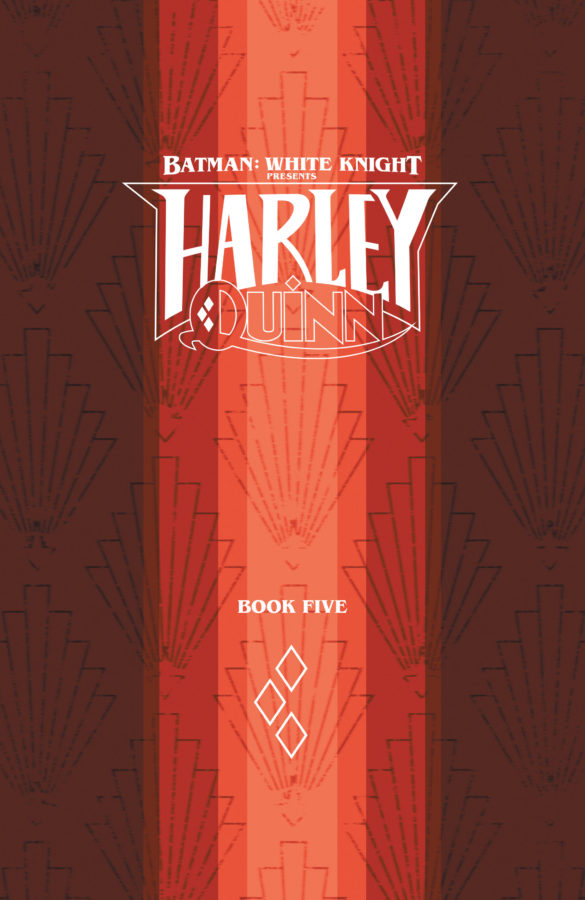 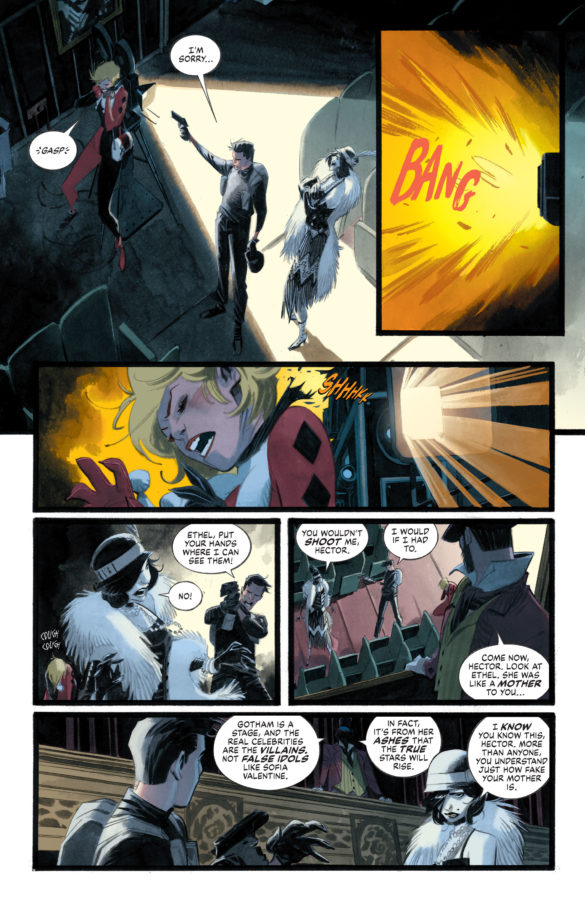 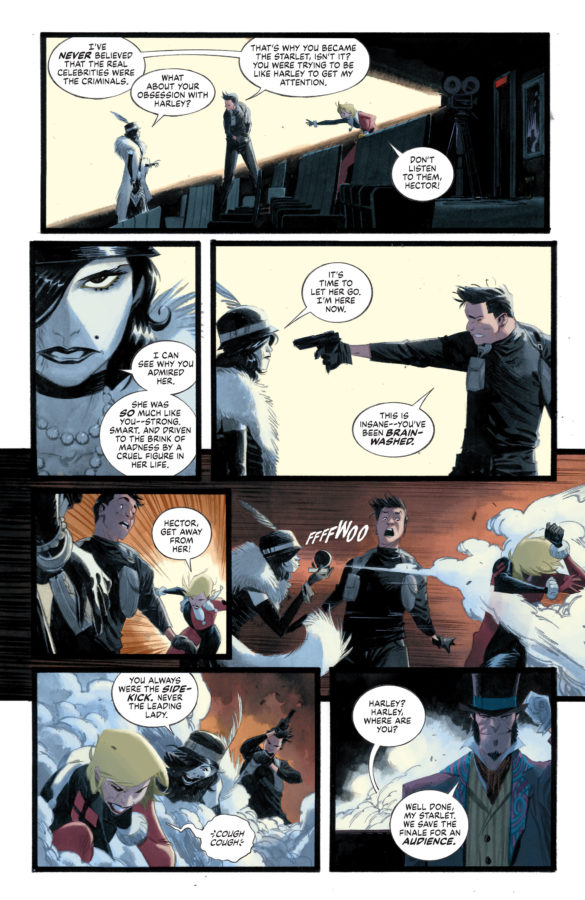 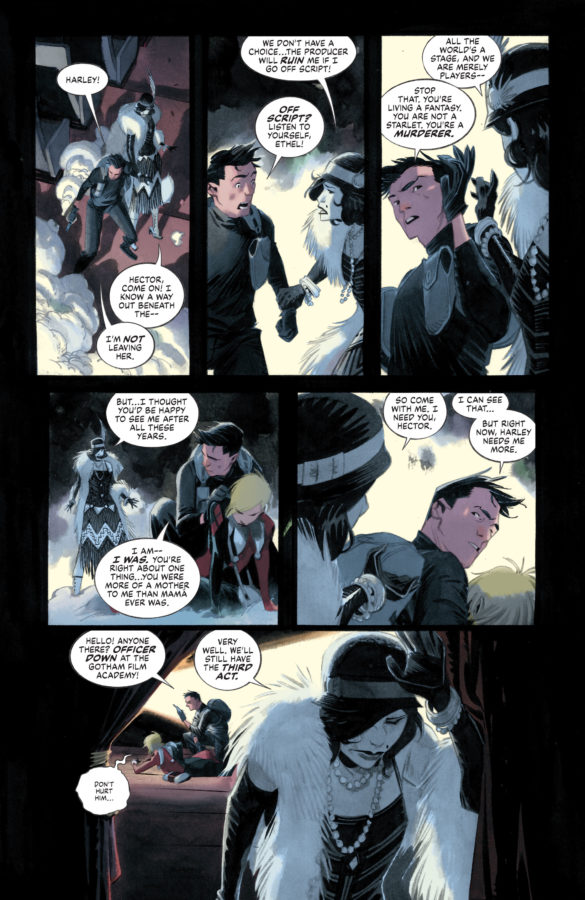 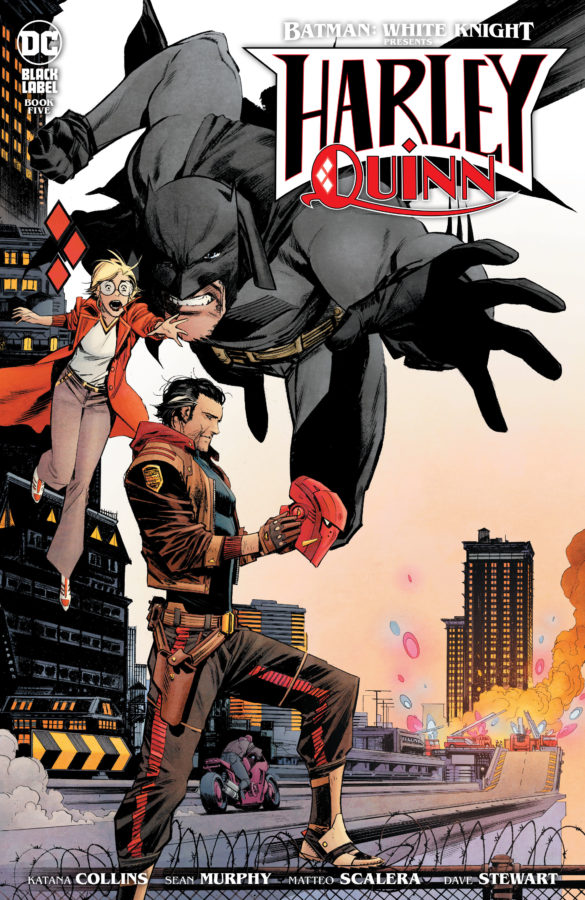 If there is an issue of this series that is not to be missed, then it’s this one. Collins’ writing has left no room for mercy, with action and momentum fully in gear. The artwork’s exquisite and sets the tone and mood, depending on the scene, and really heightens the tension. One moment in particular that’s truly beautiful is when we see Starlet and Harley; as one deals with joy, while the other has lost themselves in pain. These are rare and private moments that the reader can feel clearly.

Another thing, and Katana should you read this, I cried while reading this issue. There’s a moment where, if you’re a Harley fan, you’ll truly have your breath taken away from you. Your heart will painfully pause, as your mind comes to grips with what’s happened. The weight is felt long after your tears have dried. To have a moment in a story hit that hard… Brava! I don’t forgive you for it, but brava.

If you haven’t done yourself the favor of reading this series, then you’re missing out. Whether you’re continuing from the two series that came before, or just reading this for itself, it’s simply amazing. We’re given a take on Harley Quinn that’s special, and quite unique.

Batman: White Knight Presents Harley Quinn #5 is probably my favorite issue so far, because of Harvey Bullock’s scene with Bruce ALONE. I never thought there would be a way to make Harvey likable, but this series has done it with a single scene.

Hands down worth every read… reread… etc.