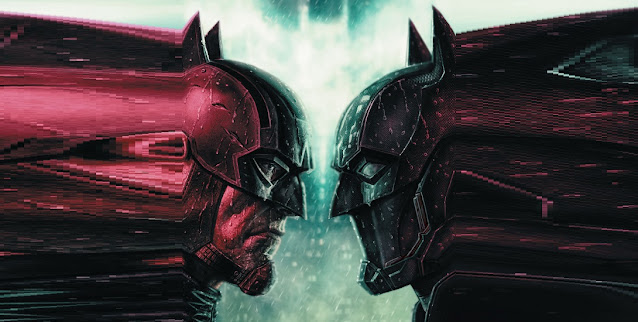 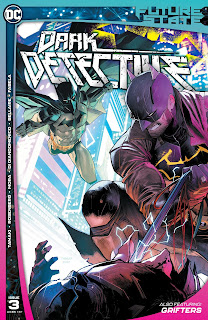 Bruce Wayne comes face to face with Batman, in Future State: Dark Detective #3. Yes, you read that right, but for the few who may not be following the story (for shame!) here’s a brief update.

Under Mayor Nakano, Gotham City has become a police state, governed by an entity or organisation called The Magistrate. This mysterious shadow force has outlawed masked crime fighters, and ordered the death of Bruce Wayne, which they believe they accomplished. In reality Bruce was laying low, and over the course of two years has been slowly getting his life back together. In that time Tim Fox, son of Lucius, and brother of Luke, has taken on the mantle of the Batman.

Mariko Tamaki is weaving one hell of a story. The narration by Bruce makes this whole series feel like a noir detective thriller, and I’m totally hooked. Her cast of characters, both superheroic and supporting, are brilliantly realised and completely believable. I don’t know how she’s going to wrap up this tale in issue #4, but can’t wait to see what she does with the ongoing Detective Comics series, when it comes back in March. 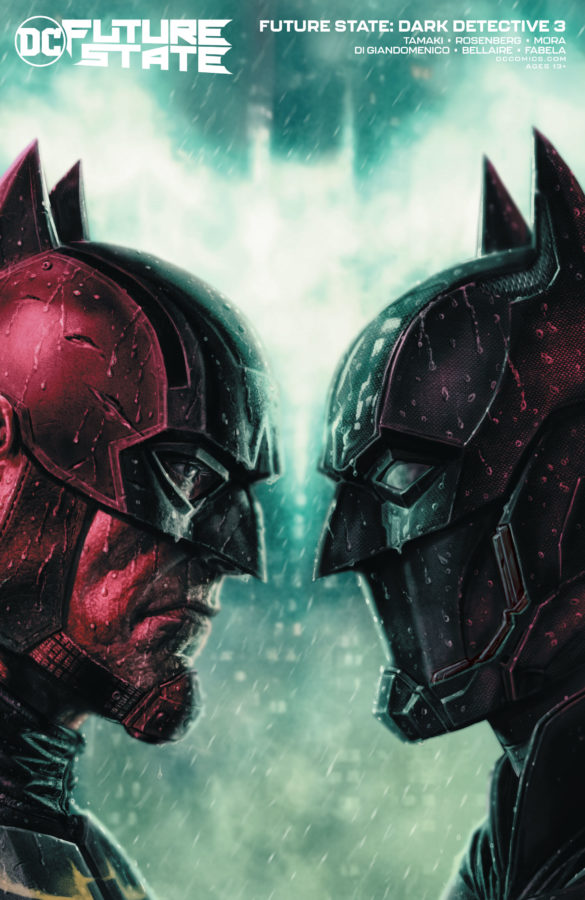 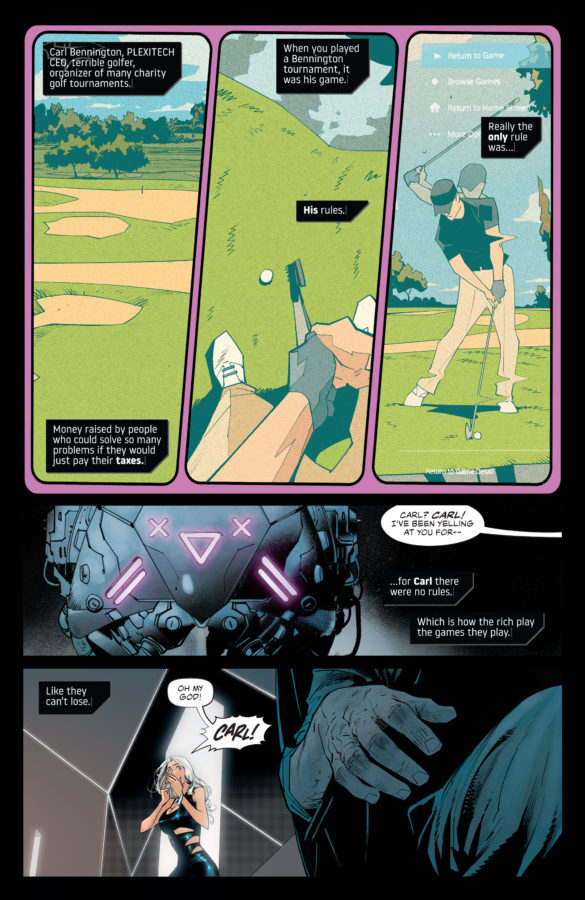 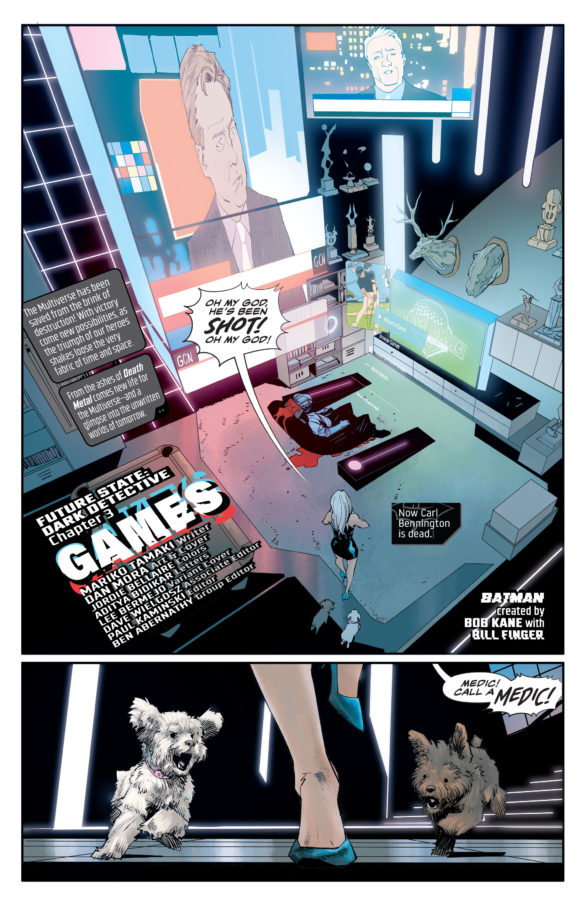 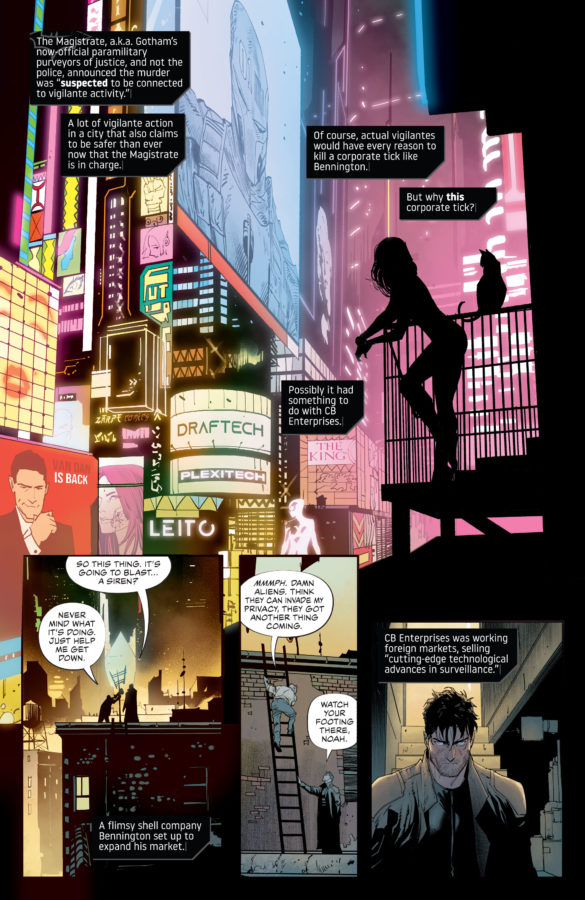 Dan Mora rules! Man, I love the art in this book! Mora draws both the Bruce Batman, and the next generation Dark Knight beautifully, and his character art and storytelling are gorgeous too. The range of expressions he gives all his characters is wonderful, and I could look at his art all day.

The Grifters strip wraps up this issue, and it’s also a complete winner. Matthew Rosenberg and Carmine Di Giandomenico have done my favorite original Image Comics character, and WildC.A.T.s member, justice. I’ve always liked Cole Cash, and this neat little two parter has made me love him all the more. Rosenberg has kept all the character’s sarcasm, wit, and charm, and Di Giandomenico’s one hell of an artist. Sometimes back-up strips are the weak points of any comic that feature them, but this two part story has been an absolute blast.

Kudos also to wonderful color artists; Jordie Bellaire and Antonio Fabela, and letterers Aditya Bidikar and AndWorld Design. The work these fine talents have done on this series is terrific, and they’ve really excelled with this issue. This nightmare future Gotham city; the lights, sounds, flames, explosions, and heated discussions, are all given real life by all the talents involved. Bravo, team!

Future State: Dark Detective #3 is a winner, from cover to cover. I will be grabbing this from my local comic-book store the day it comes out, and adding it to all the other Future State books I’ve picked up. I’m sad that we’re already three quarters of the way through this event, but the doors it’s opening, and breadcrumbs it’s dropping, are enticing, indeed.

That cliffhanger, though… Damn! The next two weeks are gonna drag!