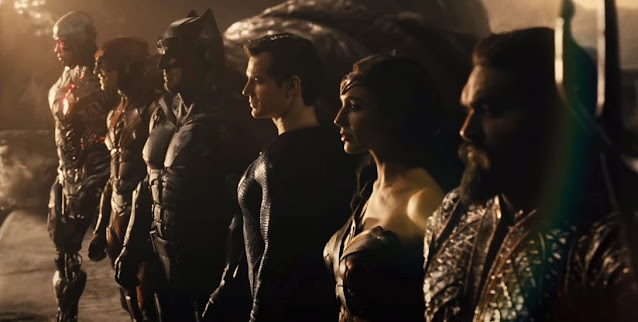 Today on Twitter the director shared the news that millions of fans around the world, myself included, have been waiting for.

As HBO Max is currently only available in the U.S. and Canada, fans in Europe, Australasia, Africa, and Latin America have been fearful of missing out, and having the movie spoiled on social media, making this news of a global release very welcome, indeed.

The two Tweets read as follows:

Zack Snyder’s Justice League will be available worldwide in all markets on the same day as in the U.S. on March 18 via on-demand, digital download, linear, or streaming. #SnyderCut #SnydercutWorldwide (1/2)

Platform availability will depend on each territory (with the exception of China, France, and Japan, where the release dates are TBD). Additional details for specific markets will be shared soon. (2/2)

Even though we’re still none the wiser as to how the film will reach foreign shores, or which platforms will be carrying it, this is still fantastic news. The fact that Snyder himself recently stated that he thought the distribution of the film had been poorly handled, it clearly seems that the powers that be were listening, and shared his concerns.

News emerged recently that Latin America and parts of Europe would be getting the movie in June, so this news of a global release, but now on the same day as the U.S. premiere, must have made Zack Snyder, DC Comics, and Justice League fans all over the world very happy indeed.eporters, including me, live and work in the U.K., and we also have team members in Australia. You can only imagine how happut you, dear reader? Fans not based in the U.S., how do you feel about this news? Please let us know.

Images and video content may be subject to copyright