A New Chapter for your Battlemage - Spellbreak Chapter Two is Here! 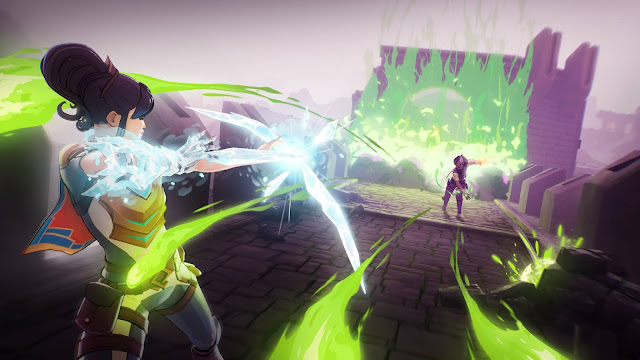 Two very different Battle Royales in two days? It's always a fun day in the game zone when you are me.

It's probably down to other games distracting me, but I personally haven't played many Battle Royales. The style of game with you vs many many others battling it out to see who makes it on top. I've heard about the classics of the genre, but also the endless problems associated with stuff like Apex Legends and PUBG. When it comes to Battle Royales, I like two things: jelly beans and wizards.

Spellbreak came out some time during 2020, and was handed to me by the great minds at No Ordinary Heroes. Unlike all those other, over-the-counter Battle Royales, we're given the wish fulfilment of blowing up our enemies with magic. The six elemental gauntlets let us bend the elements themselves, while the Rune powers give us the manoeuvrability and utility to gain an edge. The Talents you start with help you tune your play even further.

The classic Battle Royale style exists, with you dropping into the map and slaying your foes as the magical storm slowly closes in. The Clash mode brought in at the tail end of 2020 is akin to Team Death Match and brought an extensive Battle Pass of free and paid rewards.

New to The Hollow Lands

Anyone who's played knows all of what I just laid out. As of the time this article was published, Chapter 1 has ended meaning Chapter 2 should begin any second now. What can we expect in this update to the game?

The Talents are minor buffs that you start the game with. Scrolls found in chests and on defeated enemies increase the power of those buffs up to three times. You can take up to three talents into a game, capped with the number of skill points you have. They have heavily redesigned a lot of the Talents. The new ones feel particularly interesting. The ones gone will be sorely missed and I'm personally very sad to see some of my favourites gone or heavily nerfed. 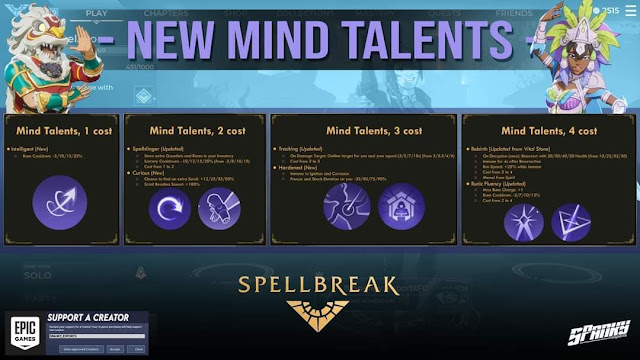 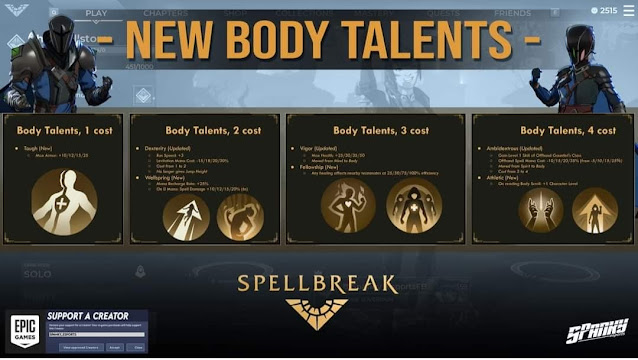 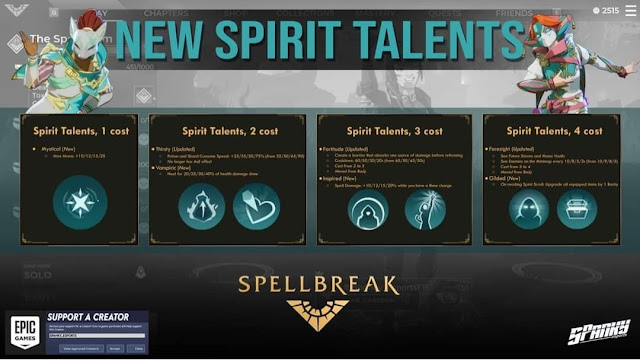 At the start of games, the mysterious merchant will graciously hand out your secondary gauntlet and runes. What a nice fellow. 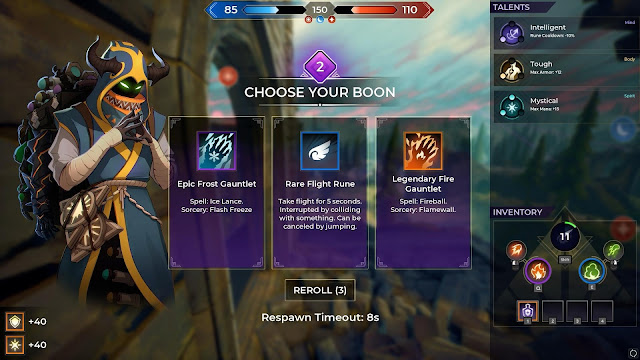 Time to try-hard guys! Rankings are coming to Spellbreak. The XP you earn at the end of Battle Royale and Dominion matches will all go towards your ranking and fighting off against others in your League. The rankings go: Bronze, Silver, Gold, Platinum, Diamond, Legend. These rankings appear to only apply to the Dominion game mode, leaving Battle Royale to be the place to violently explode your enemies, as it should be. 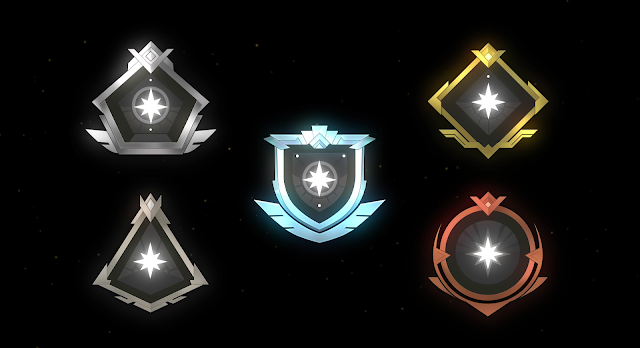 This structure is pretty universal across many games, and the formation of a league tier system like this could lead to a pro-league or premier play, which this game both deserves, and could really do with. Either way, I won't be happy if I'm anything less than Platinum.

A new and ambitious game mode is coming, and I think this will set the tone for the game's success going forward. Much like Capture the Flag, smaller lobbies will drop into sections of the map, split into three zones. The longer you control one of those zones, the more points you gather for your team to win.
As the game grinds on, Vowguards (neutered but potent bot characters) will try to stall your progress. Destroying them will drop the loot you'd otherwise find about the map, as there are no Chests in Dominion. Beat bad guys and visit the Merchant to get gear here!
This game mode will be replacing Clash for the foreseeable future. Other quality of life elements will be introduced as the dust settles on this new flavour of The Hollow Lands.
For some of my antics playing Spellbreak, look no further than The Hostile Atmosphere. 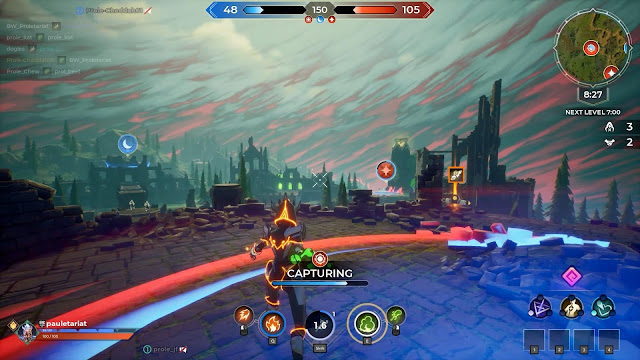