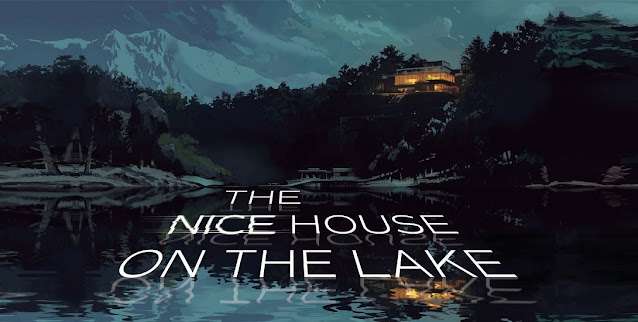 Sometimes an announcement gets made that feels like it could well have been made specifically with with you in mind. Take the press release that I'm about to talk about here, as an example.
James Tynion IV is one of the writers whose work I've become addicted to over the last decade or so. Álvaro Martínez Bueno is one of the most amazing artistic talents to hit the comics scene in recent years, too; so the fact that both gentlemen have produced some of my favorite comics while working together makes this announcement even more special.
Ladies and gentlemen, welcome to

‘THE NICE HOUSE ON THE LAKE’

With Something Is Killing The Children and The Department Of Truth, James Tynion IV has changed the face of horror in modern comics—now get ready for his most ambitious story yet, The Nice House On The Lake, alongside his Detective Comics and Justice League Dark partner Álvaro Martínez Bueno, and color artist Jordie Bellaire! 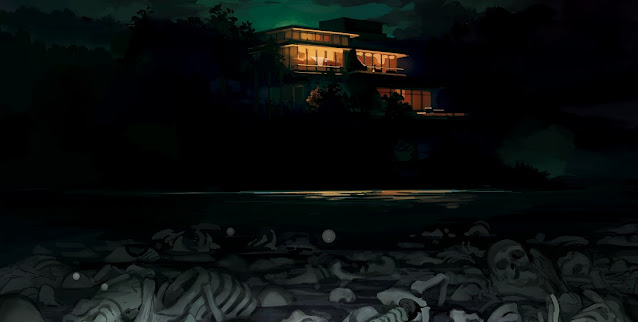 It all begins with the nice house on the lake…

Everyone who was invited to the house knows Walter - well, they know him a little, anyway. Some met him in childhood; some met him months ago. Walter’s always been a little…off. But after the hardest year of their lives, nobody was going to turn down Walter’s invitation to an astonishingly beautiful house in the woods, overlooking an enormous sylvan lake.

It’s beautiful, it’s opulent, it’s private, so a week of putting up with Walter’s weird little schemes and nicknames in exchange for the vacation of a lifetime? Why not? All of them were at that moment in their lives when they could feel themselves pulling away from their other friends; wouldn’t a chance to reconnect be…nice? Wouldn’t an escape from the horrors of their everyday lives be…idyllic?

Would you accept this invitation from one of your oldest friends? 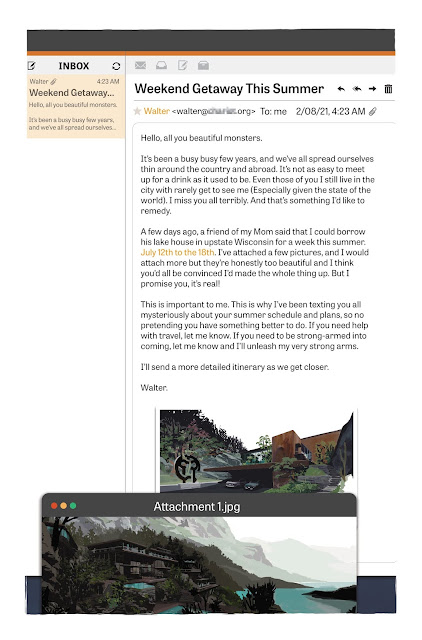 In the first twelve-issue season of The Nice House On The Lake by James Tynion IV, Álvaro Martínez Bueno and Jordie Bellaire, the overriding anxieties of the 21st century get a terrifying new face - and it might just be the face of the person you once trusted most.

This creative team mixed super-heroics and horror beautifully in the pages of Justice League Dark, so this series will not only be on my pull list, I'm going to be the one reviewing every issue.

For more information about The Nice House on the Lake, visit the website at www.dccomics.com and follow on social media at @DCComics and @thedcnation. Sign up for a free trial of DC UNIVERSE INFINITE at www.dcuniverseinfinite.com.