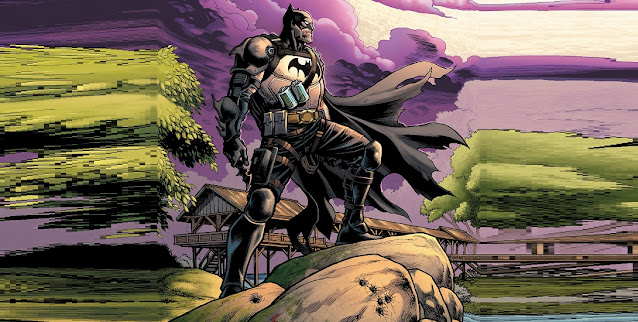 Batman has acquired many aliases in his crime fighting career, including “The Dark Knight,” and “Caped Crusader.” But he’s also celebrated as “The World’s Greatest Detective,” and those skills will be put to the test if he wants to break out of an ongoing 22-minute time loop as BATMAN/FORTNITE: ZERO POINT continues with issue #2, on sale May 4. 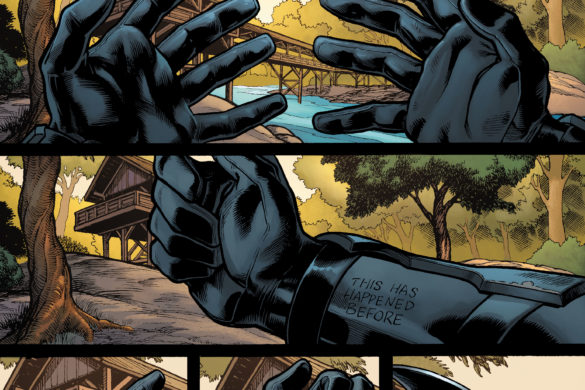 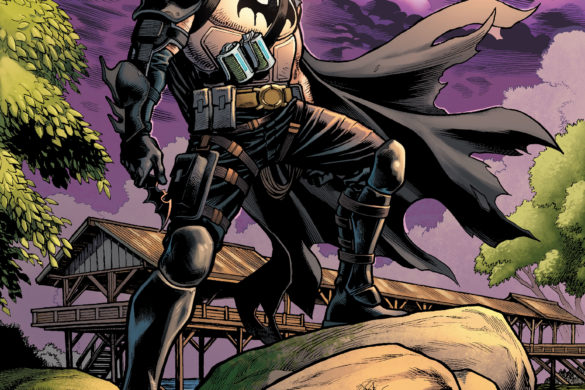 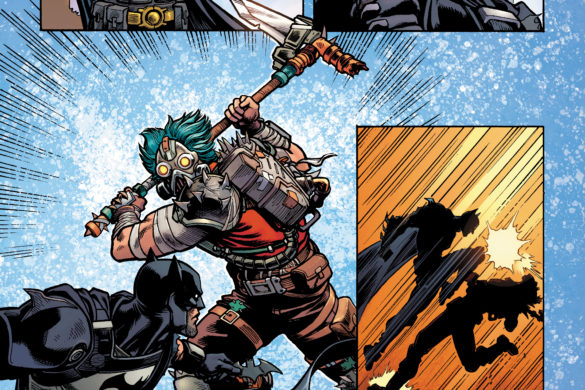 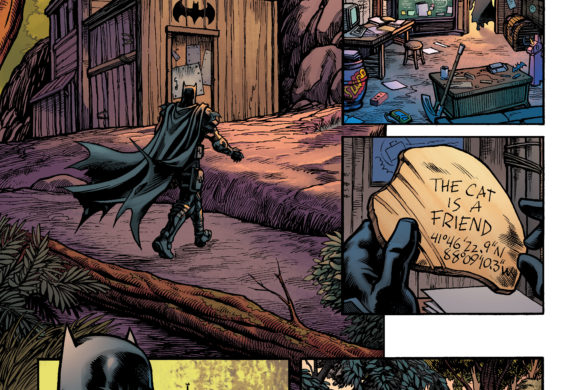 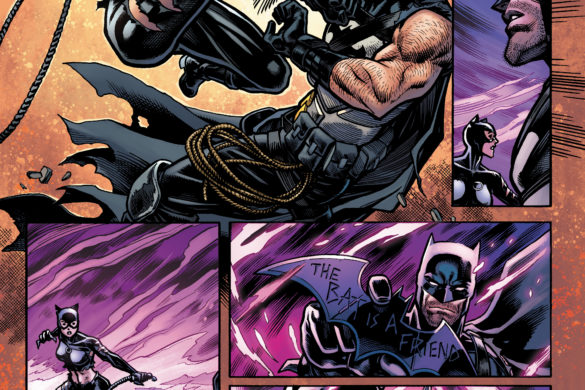 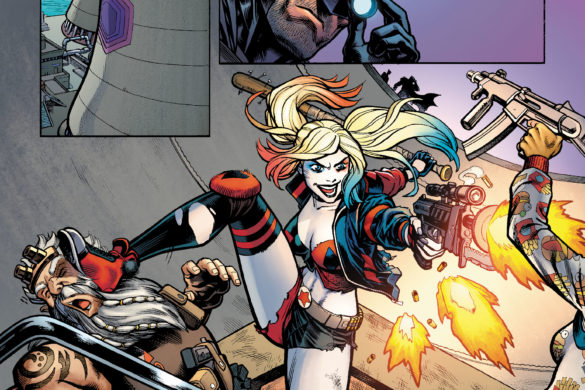 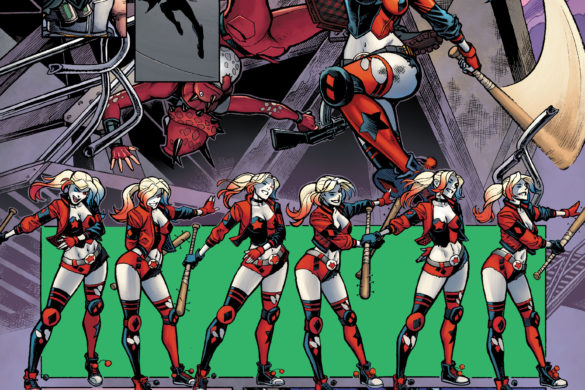 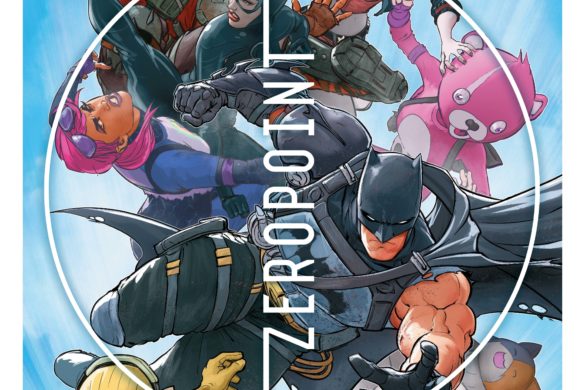 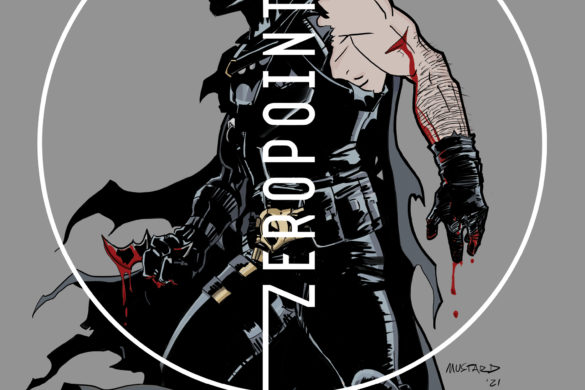 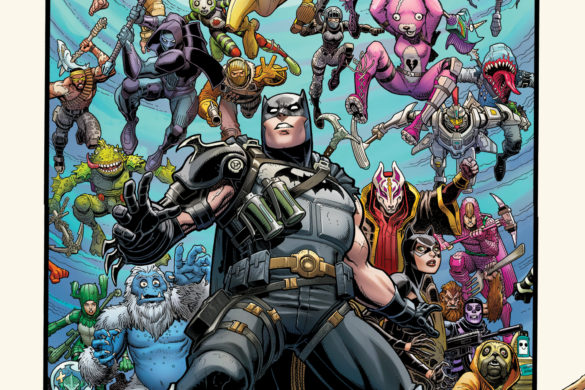 Batman is trapped on a mysterious Island–unable to speak, his memory gone – fighting to survive against the deadliest warriors of countless worlds. But how will the World’s Greatest Detective escape this trap when time itself resets every twenty-two minutes? And if getting reintroduced to Harley Quinn over and over isn’t enough, will the presence of a familiar feline fatale–help or hinder his efforts to escape, especially when they don’t remember each other? In another life, they were enemies, friends, partners…but here on the Island, can they do anything but battle to the death?

Based on a story concept by series consultant and Epic Games Chief Creative Officer Donald Mustard, this six issue Limited Series is written by Christos Gage, featuring pencils by Reilly Brown, with inks by Nelson Faro DeCastro and colors by John Kalisz. The main cover for issue #2 is by Mikel Janín, with a card stock variant cover by Kenneth Rocafort, plus a premium cover by Mustard (check your local comic book store for availability).

Each 32-page issue is priced at $4.99, with the card stock variant priced at 5.99. Each print issue includes a redeemable code for a bonus digital cosmetic in Fortnite inspired by the comic; issue #2 includes a code for Batman Zero Wing Glider. U.S. subscribers to the DC Universe Infinite digital service will receive the series and bonus codes for free as part of their subscription. Issue #1 arrives in stores and digitally on Tuesday, April 20, 2021 and will feature a bonus code to unlock the HARLEY QUINN REBIRTH Outfit which can be used in the game.

For more information on BATMAN/FORTNITE: ZERO POINT and the World’s Greatest Super Heroes, visit the website at www.dccomics.com and follow on social media at @DCComics and @thedcnation. For the latest information on Fortnite and to download the game, learn more at www.fortnite.com. Sign up for a free trial of DC UNIVERSE INFINITE at www.dcuniverseinfinite.com.
Images and Press Release Courtesy of DC Entertainment