Hammer to Fall - The New World After Balance Patch 2.5.0 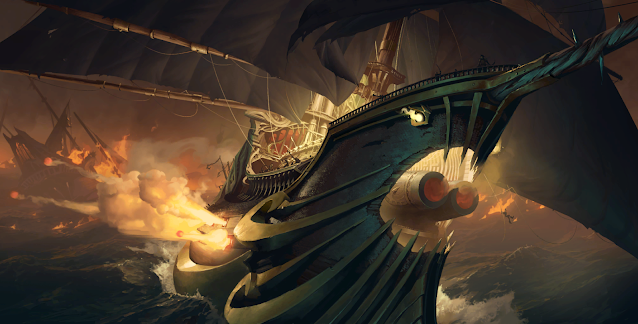 Ding dong! The menace is gone! The abomination known as Twisted Fate//Fizz has had the legs utterly cut out from it thanks to the most recent balance patch. Legends of Runeterra is the wild west again. For the few who have been living under a rock, you can find my the full patch notes, card updates, and April Fools themed, Teamfight Tactics tie in cosmetics right here.

At the same time, the knock to Veiled Temple and Aphelios' weapons means Targon's endless utility has been cut from under it. Bringing Fiora down to a 3/2 will make the easy alt-wins in Fiora//Shen all the more tricky. This isn't to say that the patch is perfect. There was positively nothing done to the growing menace of the metagame - Lissandra and the Spectral Matron Watcher-ing people. That's a problem for later.

Pillars of the Now

Other experts have talked at length about what the buffs, nerfs, side-grades, and whatever the heck they did to Shyvana. I also very easily could, but that'd be so very pedestrian.
We're going to speculate on the brave new world. With the 22 cards changed, the differences will be huge.
With the top dogs, Twist//Fizz off the metagame, the next best deck will likely fill the power vacuum. Freljord//Shadow Isles control has been well established since Empires came out. Lissandra and The Watcher gives a clear win condition, while the rest of the deck attritions to absolutely no end. Here's this version I'm on at the moment. 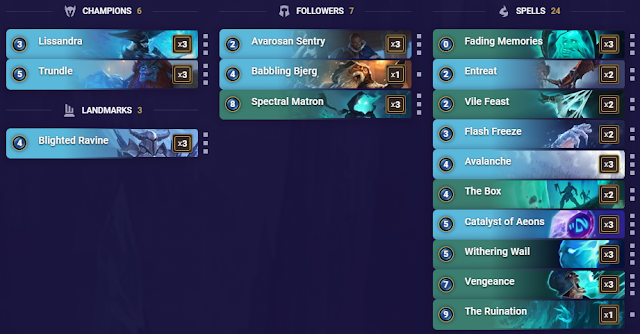 With all that said, there is one natural predator to this deck, and that's Demacia aggro. I think the strongest versions are either traditional Scouts, with Quinn//Miss Fortune, or Azir//Lucian.
Azir//Lucian provides the burn from dying sands while the overwhelming board pressure continues to mount. Ancient Prep fixes your draws, while Cataclysm on Berthold (Grizzled Ranger) is a removal option that doubles as a Rally, that also goes towards levelling both champions. Here's my take.

With the many card changes, we have to consider what will be good. The changes to Dreg Dredgers so that it's a 2/1 again, and bringing the new Sea Scarab to a respectable 2/3 makes Deep a potential Midrange option once again. When I first got into Legends of Runeterra, Deep was at its best, and was the bane of my existence. When I finally crafted it, I felt the power but kept playing Lux/Karma because who needs to leverage combat when you can Death Star people. My version of deep right here.

In terms of cards that have changed, they both lead to two very similar decks. Both paired with my favourite region: Piltover and Zaun.
Dreadway buff is doubly powerful for two reasons. Bringing it down to 8 mana is essential to prevent it from doing silly things with Ledros and Concurrent Timelines. That's okay. I think it being 8 mana brings it into a realm of playability alongside the actual best battleship, Leviathan. Pairing Dreadway and Gangplank with a Piltover burn control shell could be very fun to play. My initial takes are very rough, but it could spell immense damage when you aren't looking. My early takes.

Now many will see Aphelios being utterly pushed out of the metagame with his weapons at 3 mana. Honestly his power level has absolutely tanked as a result. Gifts from Beyond being at 1 mana means that the overall play of Gifts into Moon Weapon is still 4 mana, it's just that it's a nerf to Aphelios.
There is one card that actually benefits from the Moon Weapons being 3 mana. Tribeam. Improbulator. I've done good things with Ezreal//Aphelios Control. A decent Invoke group plus charging Tribeam gives you a late game while the removal interacts well against the opponent. I played a similar deck on my youtube channel, but this is the Tribeam Nightfall version I'm crafting.

With changes like these, decks which are currently good, like Sivir//Leblanc Reputation, Shurima//Freljord Overwhelm, and Frostbites are still good. Old decks like Tahm//Soraka may still come from the woodwork.
It's impossible to call what the meta will look like, but it's exciting to consider.
Adam B Ray Adam Ray Adam's Dragon Cave Legends of Runeterra The Hostile Atmosphere