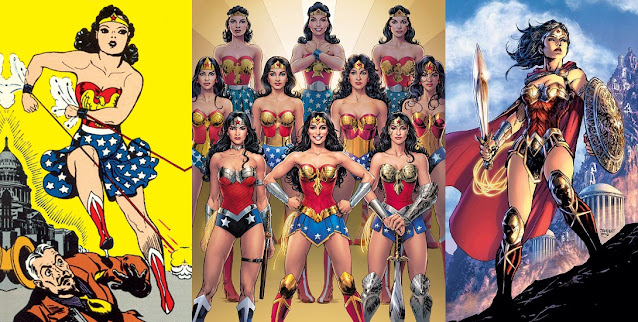 Penguin Random House and DC have revealed the release date and contents for their upcoming Wonder Woman: 80 Years of the Amazon Warrior Deluxe Edition hardcover.

In terms of scope, and years covered, it could be the most comprehensive to date, as it will feature some of Wonder Woman’s greatest adventures fromAfter the huge success of the Superman, Batman, Robin, Joker, Flash and Green Lantern books, this new edition is a must have item for any and all fans of Princess Diana of Themyscira.

In terms of scope, and years covered, it could be the most comprehensive to date, as it will feature some of Wonder Woman’s greatest adventures from 1940, all the way to 2020!

For 80 years Wonder Woman has stood as a symbol of truth,
justice and equality to people everywhere!

Diana’s mission to keep peace in Man’s World hasn’t always been easy. Follow along in this incredible collection as the Amazon Warrior fights for justice! Starting from the first appearance of Wonder Woman, through some of her most incredible battles against foes like the Cheetah and Ares, this is a can’t-miss collection of Wonder Woman over the years!

What a selection! Every era, every great creative team, every legend, and every costume will be represented. The era where she was powerless, pre-Crisis, post Crisis, New 52, Rebirth… and more!

Wonder Woman fans; is this a volume you’ll be adding to your collection? Please let us know.

Press Release Courtesy of Penguin Random House, Images May Be Subject To Copyright