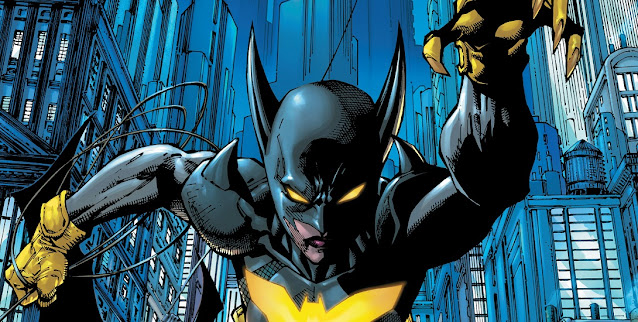 Batman/Catwoman #4 progresses on the multiple narratives at a satisfying pace, and leaves readers in an intriguing place by the end.

The reading experience for this issue feels smoother and not as fractured, unlike the last installment. Perhaps this is because the three individual plots are now more firmly established, which makes for an easier reading experience. There was a lot less guessing of when or what time period the different story threads are set in.

At this point of the series, we now know that the past thread is a story between where the Joker’s using Selina to betray Batman’s trust. The present tale shows the Phantasm and Catwoman, and finally, the future story-line has Huntress searching for her mother over the death of the Joker. 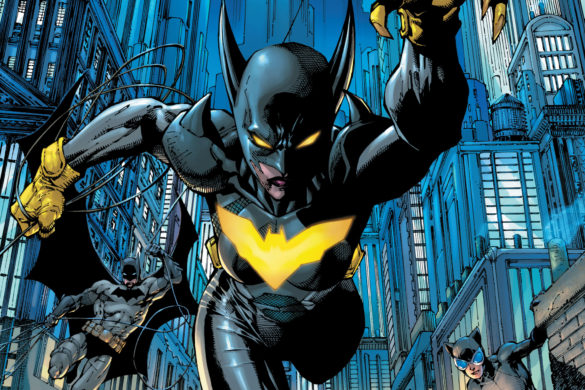 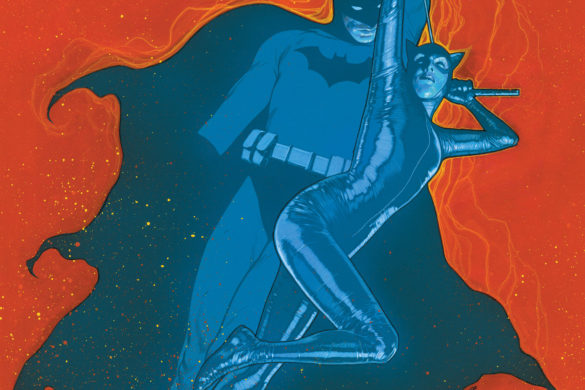 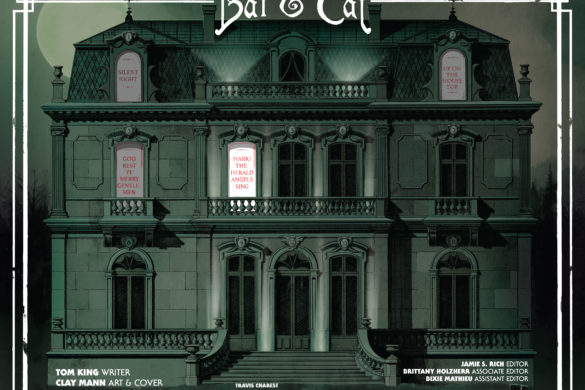 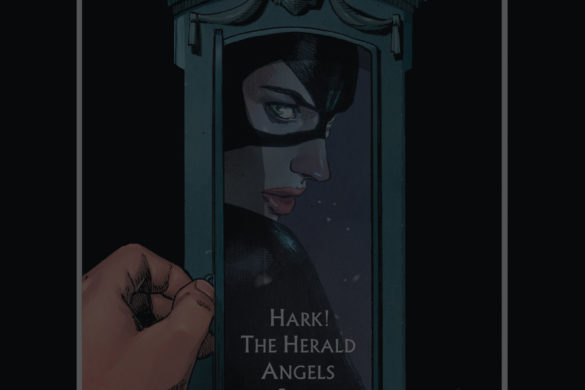 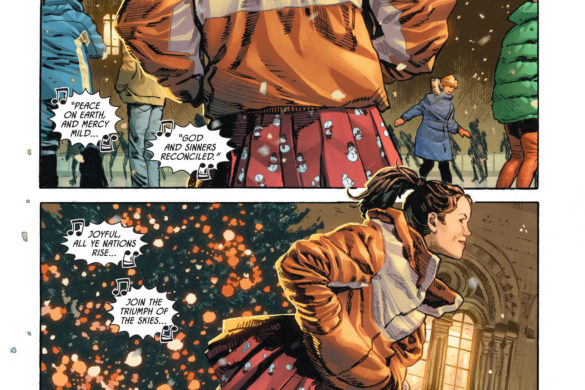 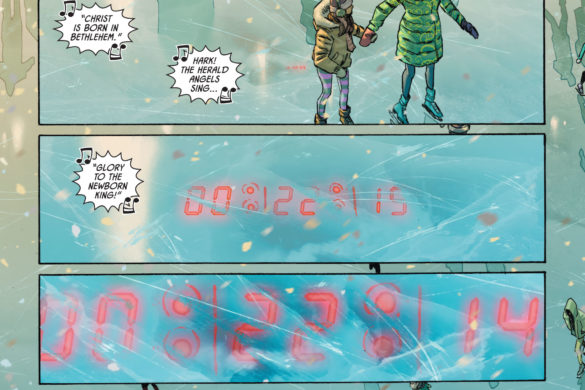 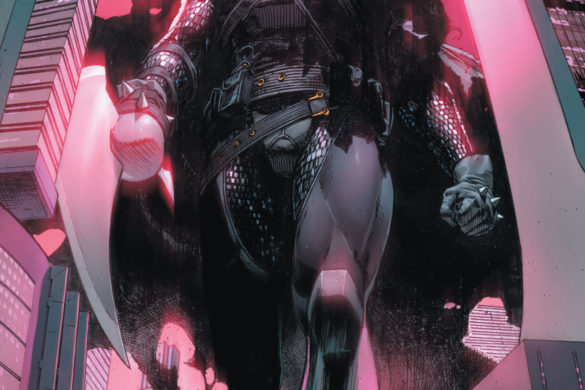 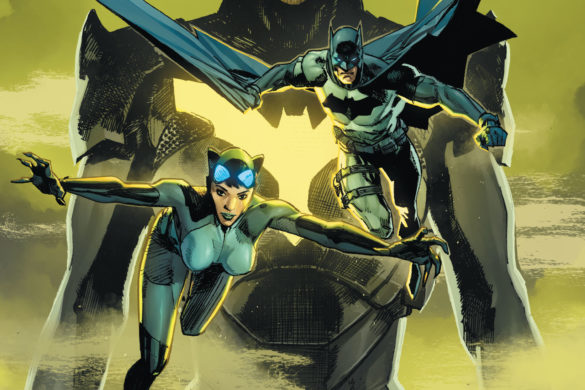 An interesting common thread, that has now become apparent in all three stories, is how much the Joker impacts Bruce and Selina’s relationship. It’s a weird idea, but certainly puts a new spin on the Bat/Cat and the Batman/Joker relationships. At this point many would say that both of those dynamics have been beyond exhausted in their story potential, but writer Tom King cleverly combines these two tired Bat-tropes and transforms them with his own fresh take.  Now that I’ve discovered the stories revolve around the triad of characters, it’s almost a misnomer that the title doesn’t have the Joker’s name in the mix too.

Not much to complain about in this issue other than nit-picks. I am still not into King’s insistence of imposing Christmas lyrics over scenes that are only tangentially related. I get what he’s trying to do, but since he’s done it every issue so far, to me it feels a little pretentious.

As for artist Clay Mann’s work, what more is there to say? His art is amazing, and he brings King’s moody scripts to life perfectly. Probably the biggest draw for Mann is how much storytelling he brings to the table. The opening page where there’s a bomb hidden under the Gotham ice rink is a great example of that. A lot is conveyed without even looking at the words on the page.

Since Tom King has established all the separate plots, it’s easier to navigate when he switches timelines. Even better, the plots are all in an interesting place. Despite some minor annoying writer tics, Batman/Catwoman #4 appears to be an indicator that the series will shape up to be an intriguing story, intertwining the three tales from across the past, present, and future time periods.