Following on from the white hot success of DCeased, a title that captured both the headlines and the imaginations of comic book fans the world over, it must surely have been the case that Tom Taylor could have had his pick of whatever DC property he wanted to write next. With his stock at an all time high, Taylor’s next move was guaranteed to be big news, so, in a move that proved mutually beneficial, both for himself and DC, he took on Task Force X, for a critically acclaimed 11 issue run, That saga, collected in its entirety, can be found within the pages of this beautiful hardcover book; Suicide Squad: Bad Blood. 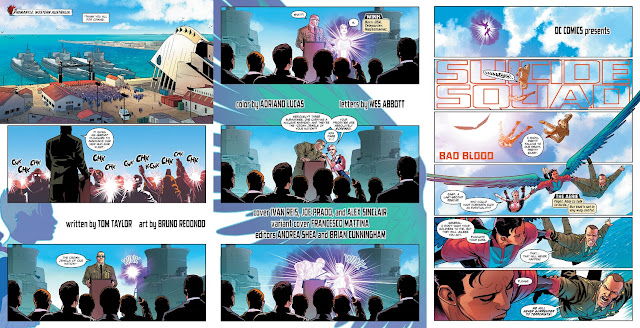 It's clear that DC Comics gave Taylor carte blanche to take any direction he saw fit, and this is darkly humorous, extremely gory, very knowing and self aware stuff. In other words, a perfectly pitched reboot of the title! The name Suicide Squad, for this story, literally spells out that “By the end of this book… half this team’ll be dead!” add to this the liberal helpings of sudden and graphic demises, this is highly deferential material that almost knowingly winks at its audience.

Very much a mixture of old and new, Taylor introduces us all to a motley crew of ne’er do wells and rotters, allowing us to get familiar with them before the reaper’s axe starts to fall. Osita, Chaos Kitten, Scale & Fin, Jog and Wink all make their debuts, arriving as fully formed, distinctly individual characters. 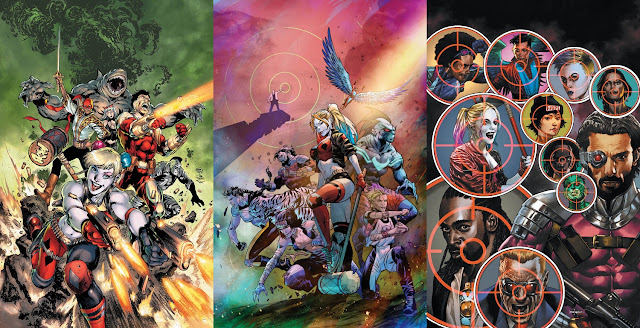 As part of a disparate band of terrorists named The Revolutionaries, they've all cut a swathe across the planet; destroying Oil Fields, freeing illegals from detention centres and acquiring nuclear warheads. Always somebody with a keen eye for new talent, it isn’t long before Amanda Waller and Task Force X make it their mission of the day to capture them, dead or alive, and make them the newest Squad recruits.

It's this collision of teams that provides the catalyst for the onset of utter carnage, as old familiar favourites such as Deadshot, Captain Boomerang, and Harley Quinn collide with the new breed. The mixture of Taylor’s snappy dialogue and Bruno Redondo’s vibrant and graphically violent artwork make the perfect storm. Each character’s demise is accompanied by snarky exchanges of dialogue that caused this reader to laugh out loud on more than one occasion. 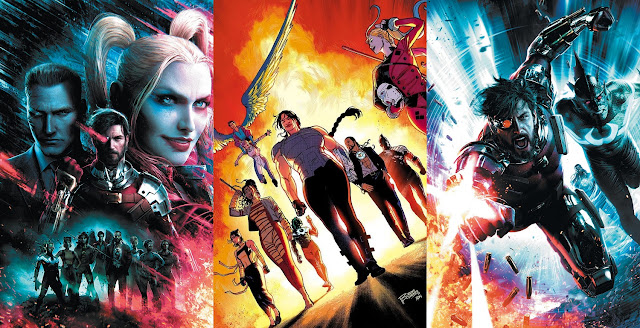 With such an action-oriented title, an artist is needed that can provide the snap, crackle and pop required. In Bruno Redondo, Daniel Sampere, and inker Juan Albarran, DC certainly found the right men for the job. Both Redondo and Sampere have a knack for drawing combat scenes. With panel upon panel filed with hails of bullets, crunching blows and explosions galore, the art team certainly had their hands full. Juan Albarran is a truly superb inker, as he made the transitions between two different pencillers flow in this book.

I’ve mentioned this before, but I adore the swathes of onomatopoeic words - beautifully rendered by letterer Wes Abbott, that accompany the action, with a liberal helpings of “bang”, “brrrt” and “cruunch” present at every turn.

The colour work of Adriano Lucas works beautifully too, every panel leaps off the page through the use of bright, bold colours. A dour, cerebral book this is not, no... this is an explosion of fun. 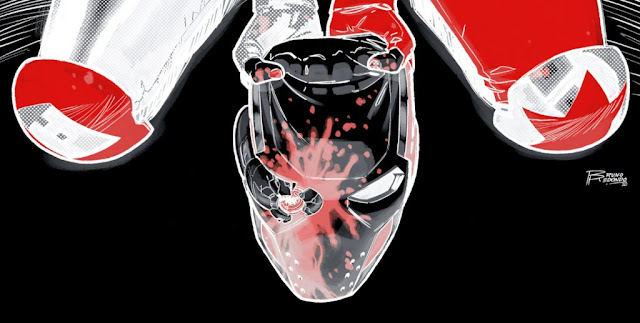 A special mention must go to a brief, yet exceedingly poignant exchange between Deadshot and Harley Quinn. Two characters that have been through the ringer, and then some, on countless missions together. The realisation that this could be their last hurrah isn’t lost on Taylor, as he affords these two combatants a moment of reflection before the carnage ensues. To think about the shared history of these two brings up a lot of miles on the clock, so to give them this beautiful moment together works very nicely indeed.

Tom Taylor took this veteran title and breathed fresh life into it, pushing it to the top of the tree. Suicide Squad: Bad Blood never failed to put a smile on my face. The pacing is spot on, and proves that no other series provides such a heady mix of violence, humour and tragedy as the stories featuring Task Force X. 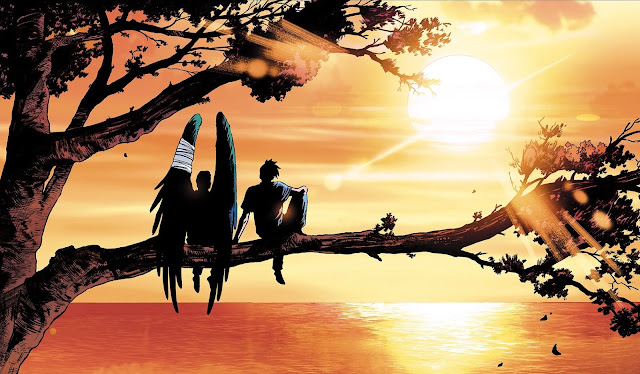 This all too brief 11 issue run reinvigorated the title immensely, and brought a fresh cast of characters into the DC Universe to boot. Along with long standing favourites such as Deadshot, and Harley Quinn, brand new creations such as The Aerie, Jog and Zebra-Man, this incarnation of Task Force X was a joy to read. The story delivers a fast paced, highly eventful action-fest, but never at the expense of character and nuance. Serving up a host of new protagonists is one thing, but to make the readers care, and feel invested in their fates, is proof positive that the Suicide Squad have been handled with all the care, and reverence that they deserve.

This collected edition also features a special "Task Force X Declassified" gallery, which features designs by Bruno Redondo, and all the main, and variant covers for all 11 issues. All in all, it's a great buy. It will be available for sale on Tuesday April 27th.