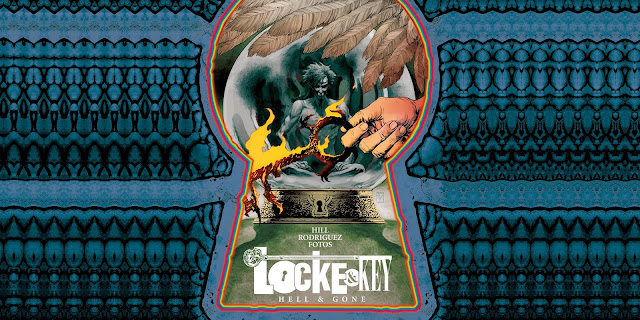 Sandman and Locke & Key are two of the greatest fantasy series in comics history.

Neil Gaiman's Sandman is arguably the most important titles of all time, and the winner of literary awards usually reserved only for prose works.

Locke & Key is also groundbreaking and it's written by one of the best and most popular horror/dark fantasy writers in the world today, Joe Hill.

The announcement that these two amazing properties would be crossing over, put big smiles on the faces of millions of fans all over the world... mine included. Now, DC Comics and IDW have released the covers for the final chapter of Sandman Universe/Locke & Key: Hell & Gone, and some info on the book too.

Following rave reviews for issues #0 and #1 of the fantasy crossover, this final chapter will change the way readers see the worlds of The Sandman and Locke & Key for years to come.

This 48-page tale of mystery and terror is written by Joe Hill (Locke & Key, Hill House Comics/Basketful of Heads) with interiors and a breathtaking card stock cover by Gabriel Rodriguez (Adventures of Superman). Locke & Key/The Sandman Universe: Hell & Gone #2 arrives in stores and on digital platforms on August 31, 2021.

To win back her brother’s soul from Hell, Mary Locke has done the unthinkable - she’s seized control of the imprisoned Dream Lord’s artifacts of power and crossed over into his place of power, the Dreaming! Unfortunately, she’s managed to find herself in the middle of a war for the future of the kingdom, led by none other than the monstrous Corinthian. And even if Mary survives her encounter, the road to Hell ends in locked gates guarded by Etrigan the Demon and the all-powerful Lucifer himself!
Of course, the Locke family has always had a knack for making keys…
This 48-page tale of mystery and terror is written by Joe Hill (Locke & Key, Hill House Comics/Basketful of Heads) with interiors and card stock cover by Gabriel Rodriguez (Adventures of Superman). In addition to Rodriguez’s breathtaking cover, two of comics’ most renowned mystery/horror artists, Kelley Jones and J.H. Williams III will also provide card stock variant covers for this must-read issue; all priced at $6.99 each.
Locke & Key/The Sandman Universe: Hell & Gone #2 arrives in comic book stores and on participating digital platforms on Tuesday, August 31, 2021.
Both Locke & Key/The Sandman Universe: Hell & Gone #0 and issue #1 are available now at comic book stores and on participating digital platforms. Digital previews of issues #0 and #1 are available at the IDW Publishing website, www.idwpublishing.com.
For the latest information on DC and the World’s Greatest Super Heroes, visit the DC website at www.dccomics.com and follow on @DCComics and @thedcnation on social media.

About DC
DC, a WarnerMedia Company, creates iconic characters, enduring stories, and immersive experiences that inspire and entertain audiences of every generation around the world. It is one of the world’s largest publishers of comics and graphic novels. As a creative division, DC is charged with strategically integrating its stories and characters across film, television, consumer products, home entertainment, interactive games, and the DC Universe Infinite digital subscription service and community engagement portal. For more information visit dccomics.com and dcuniverseinfinite.com.
About IDW
IDW (OTCPINK: IDWM) is a leading media company providing uniquely compelling stories and characters in various genres for global audiences across all entertainment platforms. The award-winning IDW Publishing and IDW Entertainment divisions holistically evaluate and acquire IP for franchise development across comics and graphic novels, television, theatrical, games, merchandise, and other entertainment platforms, in addition to bringing world-renowned storytelling to life with our creative partners. 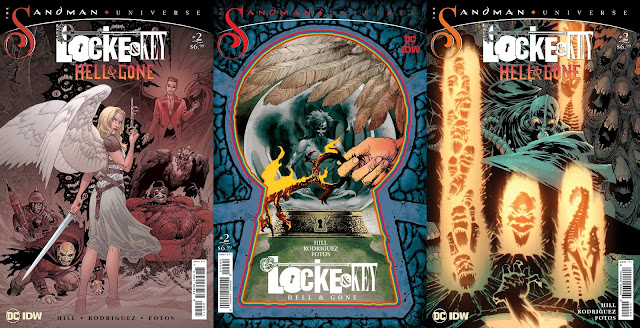 Images and Press Release Courtesy of DC Entertainment, IDW, and B/HI, a division of 42West