DO IT, BUY THE BOOK - May, Challenge Three Recommendations 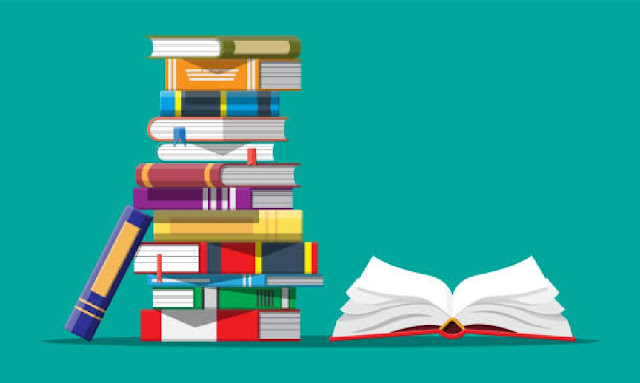 Article by Fay Clark
This might be the most interesting recommendation I'll do this month. I have no idea what you read, and therefore will be trying to recommend various different genres.
CHALLENGE THREE - READ A GENRE YOU WOULDN'T NORMALLY PICK UP.
Recommendation 1 - A Dowry of Blood by S.T. Gibson. This is a Horror novel. Saved from the brink of death by a mysterious stranger, Constanta is transformed from a medieval peasant into a bride fit for an undying king. But when Dracula draws a cunning aristocrat and a starving artist into his web of passion and deceit, Constanta realizes that her beloved is capable of terrible things. Finding comfort in the arms of her rival consorts, she begins to unravel their husband’s dark secrets.
Recommendation 2 - The House in the Cerulean Sea by T.J. Klune. This is a Fantasy novel. Linus Baker leads a quiet, solitary life. As a Case Worker at the Department in Charge Of Magical Youth, he spends his days overseeing the well-being of children in government-sanctioned orphanages. When Linus is unexpectedly summoned by Extremely Upper Management he's given a curious and highly classified assignment: travel to Marsyas Island Orphanage, where six dangerous children reside: a gnome, a sprite, a wyvern, an unidentifiable green blob, a were-Pomeranian, and the Antichrist. Linus must set aside his fears and determine whether or not they’re likely to bring about the end of days.
Recommendation 3 - I, Cosmo by Carlie Sorosiak. This is a middle-grade contemporary novel. Cosmo’s family is falling apart and it’s up to Cosmo to keep them together. He knows exactly what to do, there’s only one problem... Cosmo is a Golden Retriever.
Recommendation 4 - Women I'm Science: 50 Fearless Poineers who changed the world by Rachel Ignotofsky. This is a Non-Fiction book. Women in Science, highlights the contributions of fifty notable women to the fields of science, technology, engineering, and mathematics (STEM) from the ancient to the modern world. The women profiled include well-known figures like primatologist Jane Goodall, as well as lesser-known pioneers such as Katherine Johnson, the African-American physicist and mathematician who calculated the trajectory of the 1969 Apollo 11 mission to the moon.
Recommendation 5 - The Thursday Murder Club by Richard Osman. This is a Murder Mystery/Thriller novel. In a peaceful retirement village, four unlikely friends meet weekly in the Jigsaw Room to discuss unsolved crimes; together they call themselves The Thursday Murder Club. Elizabeth, Joyce, Ibrahim and Ron might be pushing eighty but they still have a few tricks up their sleeves. When a local developer is found dead with a mysterious photograph left next to the body, the Thursday Murder Club suddenly find themselves in the middle of their first live case. As the bodies begin to pile up, can our unorthodox but brilliant gang catch the killer, before it’s too late?
That's all I've got for you this time. I've really tried to branch out and give different genres. I also happen to live every single book that I've recommended a few even made me cry like an idiot.
Watch this space for more book recommendations, and let me know if you've read any of these beauties!
Book Queen Out!