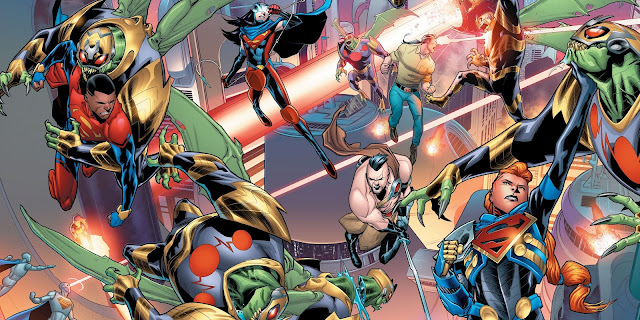 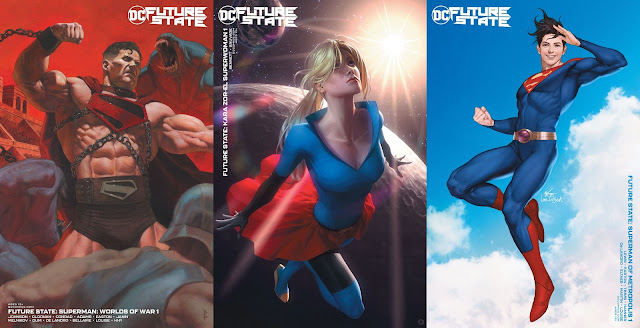 OK… WOW! I have to admit that when the Future State books took over all the DC titles back in January and February 2021, I only bought the Batman related titles. This was partly down to finances, and also because, as everybody knows, Batman’s my favorite. Having now read and reviewed the Justice League collection, and now this, brilliant Future State: Superman book, I think I really missed out. These stories are phenomenal, and the art is as mind-blowing as the futures, events, and adventures presented in these pages… all 456 of them! 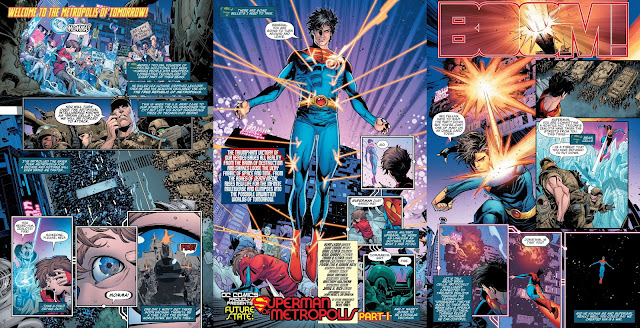 Unlike the previously released Future State collected editions, which had each series tell a complete story before moving onto the next, this book staggers the titles and back-up strips. So rather than get the whole Superman of Metropolis, Superman: Worlds of War, Guardian, Mister Miracle, Midnighter, and Black Racer stories in one hit, the tales are presented in the order in which they took (will take?) place. 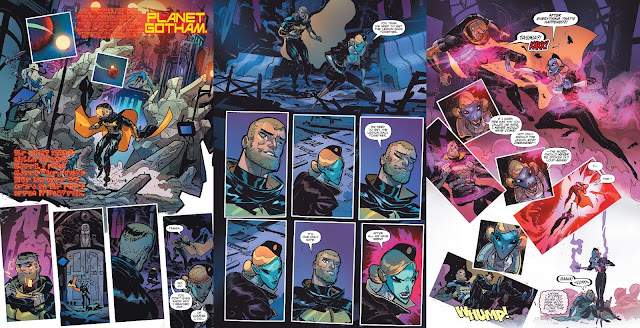 At first I was confused, but once I realized what was happening I applauded this editorial decision. In fact, this took me back to the 90s, when there were five Superman books. These were all produced by different creative teams, but read like one, cohesive, ongoing story which was published weekly. I used to love the little yellow triangles on the covers; that let you know in which order to read the issues. Future State: Superman feels just like that. We get Jon Kent opening the book, before we catch up with the citizens of Metropolis, the original Superman, Shilo Norman – the third Mister Miracle, Midnighter, Guardian, and the all-new Black Racer. 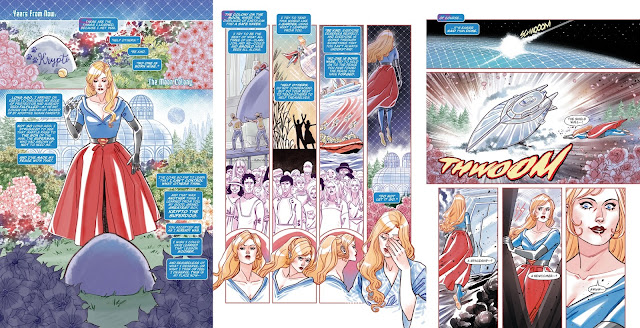 This one giant story, told by some of the finest writers, artists, colorists and letterers working in comics today, takes up the first (just over) half of the book. What a tale it is! Shrunken cities, the offspring of Brainiac vs the son of Superman, A family in conflict, sidekicks, time travel, a war world in space, Mother Boxes and the protégé of a New God. 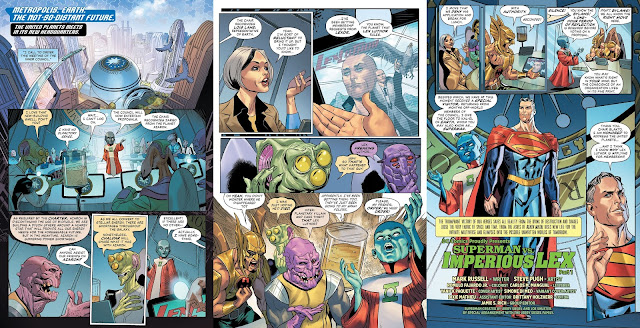 The second half of the book is completely different, yet every bit as awesome. We see a silver haired Superman and Lois Lane confronting the ever vain, and completely incorrigible Lex Luthor, The Legion of Super-Heroes at war with itself, Kara Zor-El all grown up as Superwoman, and a standalone future tale featuring many of the Man of Tomorrow’s descendants.

Honestly, I was only expecting to like these stories, but instead I absolutely loved them! 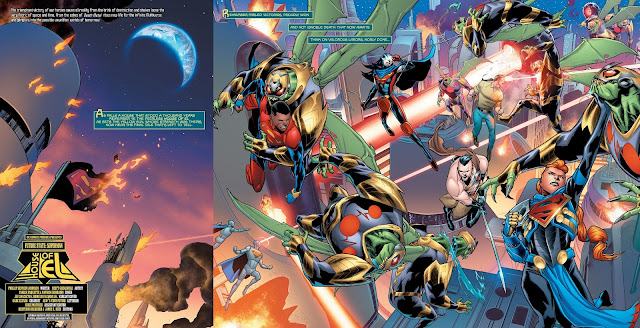 Standout moments include Jon Kent’s return to Metropolis, Marguerite Sauvage’s hauntingly beautiful art and color work on the Superwoman two-parter, the mind-bending time travel of Midnighter’s tale, Beefcake (just pants, not even over his tights) Kal-El, and seeing that Superman’s legacy of hope and heroism will live on for years, decades and even centuries to come.